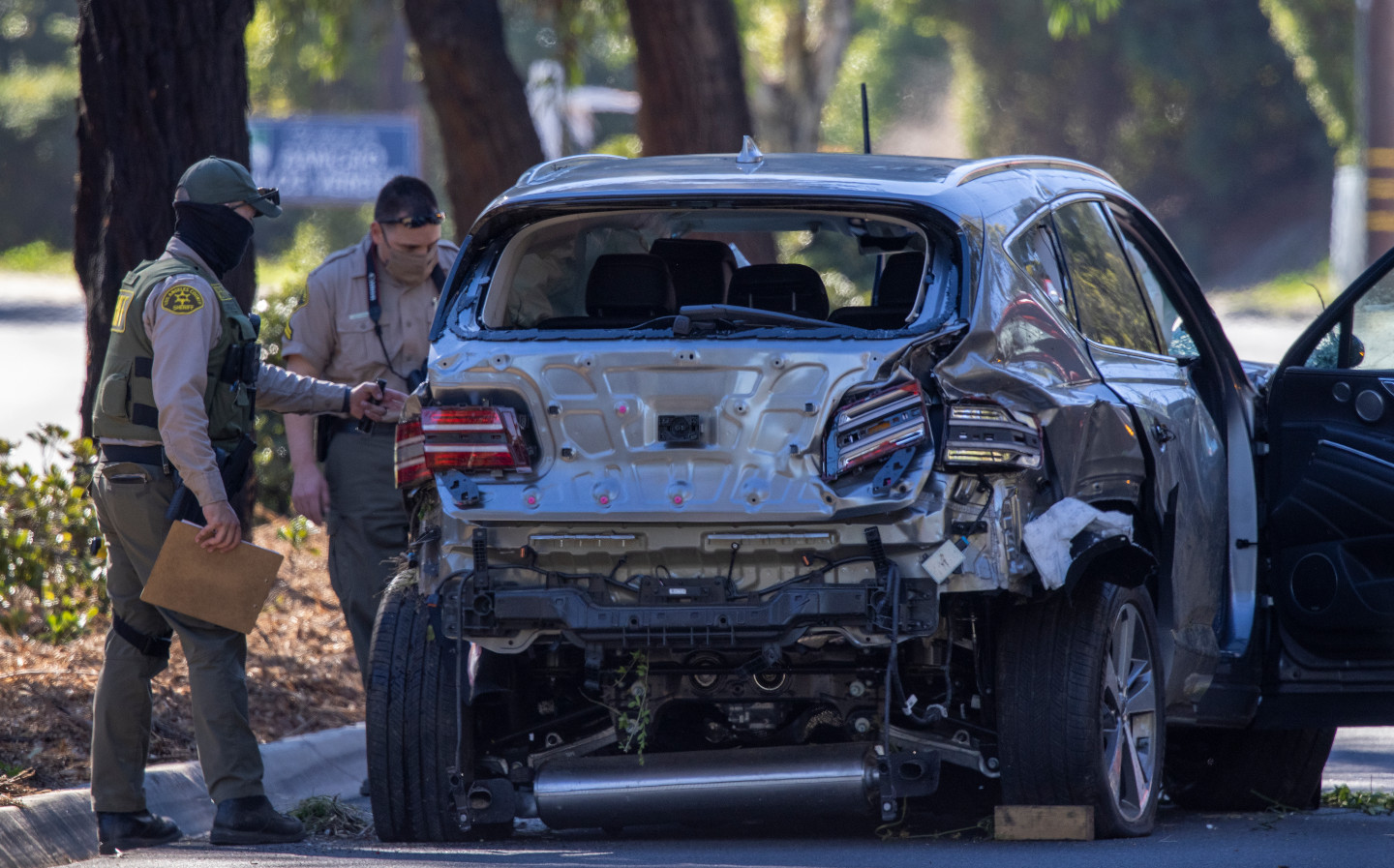 GOLFING legend Tiger Woods was driving at up to 87mph on a 40mph road before his crash in February, a California Sheriff has confirmed.

Alex Villenueva, who had previously refused to speculate on whether or not Woods had been driving recklessly, confirmed to reporters yesterday that the primary causes of the incident were driving at a speed unsafe for the road conditions and the inability to negotiate the curve of the roadway.

“Estimated speeds at the first area of impact were 84 to 87 miles per hour,” he said.

Woods first hit the centre median in his Genesis SUV, which was supplied by the car maker, before clipping a kerb and then a tree. The car rolled several times. Wood sustained serious leg injuries requiring surgery at two LA hospitals, and is now in a period of recovery.

The severity of his injuries, as well as the fact that he was already recovering from back surgery received in December, have led to uncertainty over his future as a golf pro.

Villenueva said that despite the high speed of the collision no citations would be issued, and insisted that Woods had not been afforded special treatment. However, he said that the incident may have received further police attention had another car been struck.

Captain James Powers of the L.A. County Sheriff’s Department revealed that black box data indicated Woods had mistakenly hit the accelerator pedal rather than the brake pedal, causing a loss of control of the car.

Information from the black box showed that there had been no braking input but nearly full pressure had been applied to the accelerator pedal.

The day after the crash, Villenueva said that there had been no evidence that Woods had braked in the moments leading up to the collision, while experts later posited that the golfer could have been asleep at the wheel, due to the lack of any steering input in the seconds preceding the crash.

Woods was arrested in 2017 after being found asleep at the wheel, and later pleaded guilty to reckless driving, admitting that he had taken prescription drugs. However, police said there was no evidence of alcohol and drugs in Woods’ system at the time of the crash, and a blood test was not deemed necessary.

The Genesis GV80 that Woods was driving is equipped with several advanced driver assistance systems (ADAS), including a Driver Attention Alert Warning that “monitors the driver’s attention when driving, by analysing driving patterns and behaviours, including intermittent steering and unnatural deceleration”. Pop-up messages and warning tones are designed to alert the driver if fatigue is detected.

The Times reported that video footage of Woods’ car showed him driving safely at a legal speed at the start of his journey. However, the site of the crash has gained a reputation as a high-incident-level stretch of road, and an emergency run-off has been constructed for drivers who have lost control of their car to safely decelerate.