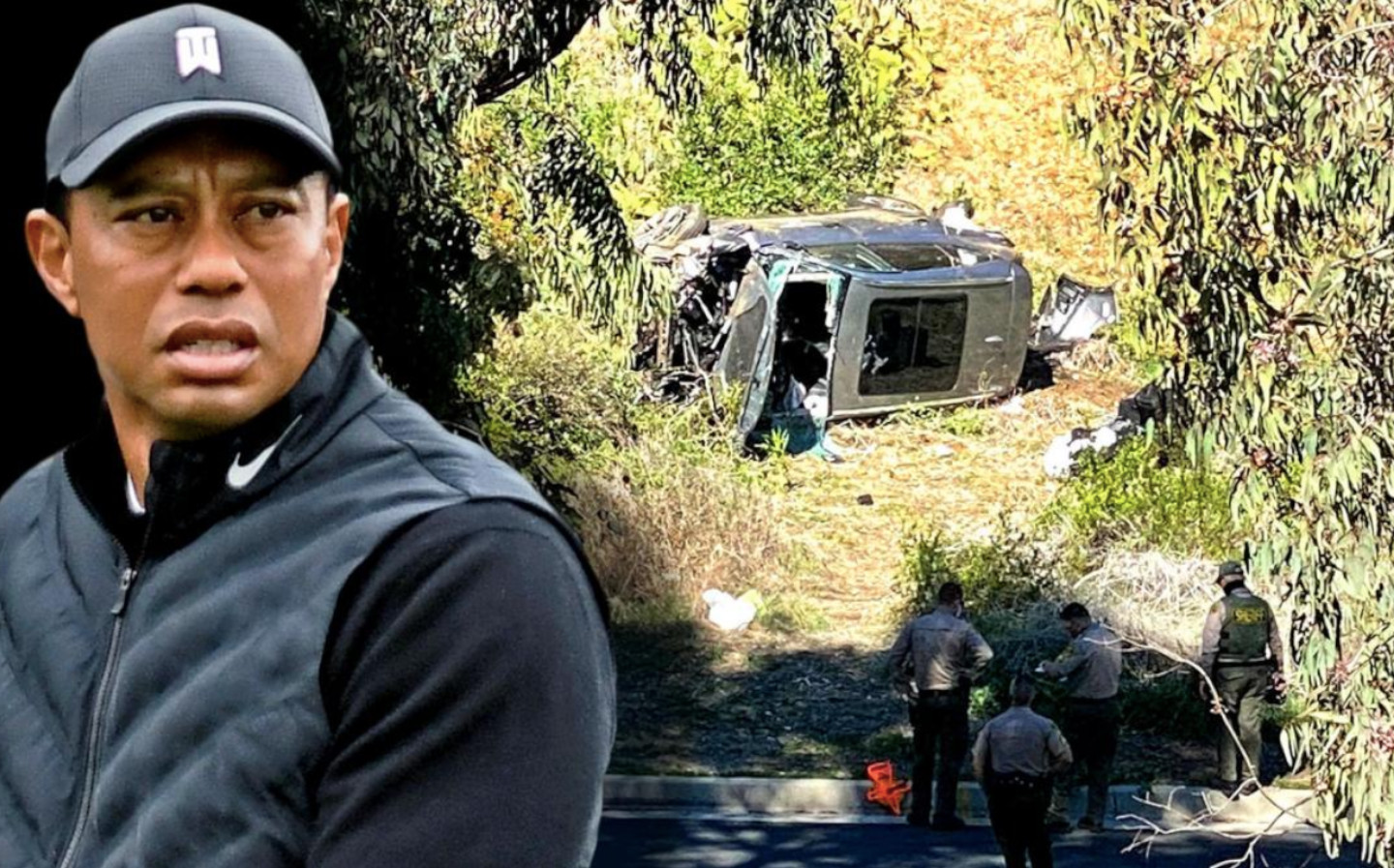 The 45-year old suffered “comminuted open fractures” to the upper and lower portions of the tibia and fibula in his right leg, requiring emergency surgery at Harbor UCLA Medical Centre. A comminuted fracture refers to when a bone breaks into two or more pieces, while an open facture most commonly means that a fragment of bone has pierced the skin.

Woods was travelling at a “relatively greater speed than normal” in an area that “has a high frequency of accidents”, according to L.A. county sheriff Alex Villenueva. He was the sole occupant of the car, and there was no evidence of any alcohol or drugs in his system, said police, and a blood test was not requested by police.

He was extracted from the vehicle by the fire department with the aid of an axe and crow bar.

The grey Genesis GV80 was found beyond repair “hundreds of feet” from where Woods initially lost control. Asked by reporters whether there was any evidence of braking, Villanueva said: “No, no skid marks, no braking. The first contact was with the centre median, and from there [Woods] crossed into the opposing lane of traffic, hit the curb, hit a tree, and there was several rollovers during that process.”

Villanueva refused to speculate on whether Woods had been driving recklessly.

Safety features of car may have saved Woods’ life 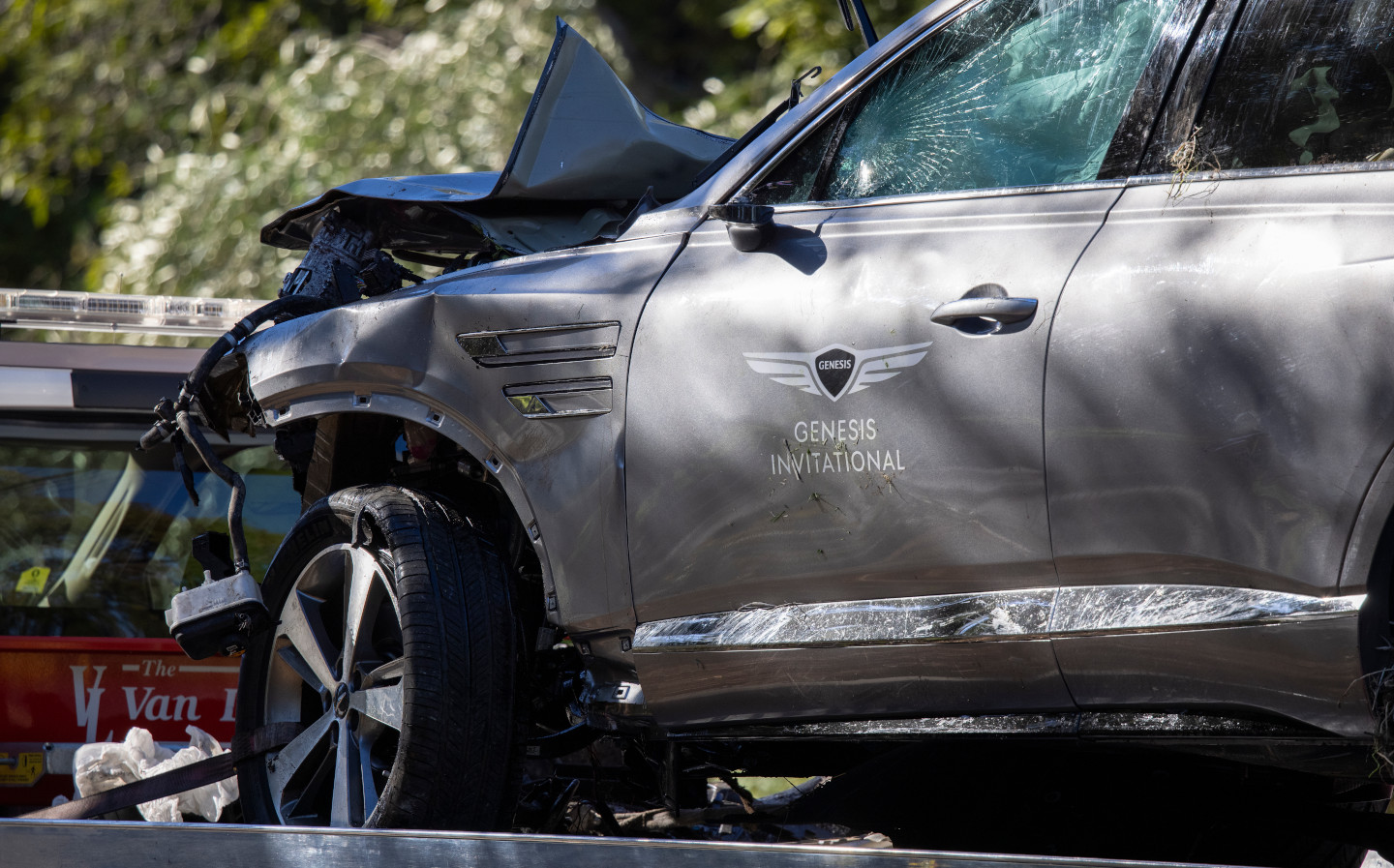 First on the scene was Deputy Carlos Gonzalez, who said that he found Woods to be “calm and lucid”. He also said that the highly decorated golfer was lucky to survive the crash, and he believed the fact Woods was wearing a seatbelt, alongside the “nature of the vehicle”, helped save his life.

Woods was driving a 2021 Genesis GV80, a luxury SUV loaned to him by the car maker while he hosted the Genesis Invitational, held approximately 30 miles from the scene of the crash. Woods did not play in the invitational due to ongoing back issues for which he recently received another surgical procedure.

Genesis is the luxury arm of South Korean car maker Hyundai, and is due to enter the European market at some point in the future.

A spokesperson for the car maker said: “This morning, Genesis was saddened to learn that Tiger Woods had been in an accident in a GV80. Our thoughts and prayers are with Tiger and his family at this time.”

The GV80 is Genesis’ first SUV and comes with what the brand calls an “unmatched level of standard active and passive safety systems”. This includes 10 airbags, one of which is located between the front passengers so that they do not injure each other in the event of a crash.

As a new addition to Genesis’ line-up, the GV80 has not yet undergone crash testing by major organisations such as Euro NCAP or the Insurance Institute for Highway Safety (IIHS), an American organisation. However, the IIHS awarded “2021 Top Safety Pick+” awards to the G70 and G90 saloons, and awarded a similar award to the G80 saloon last year.