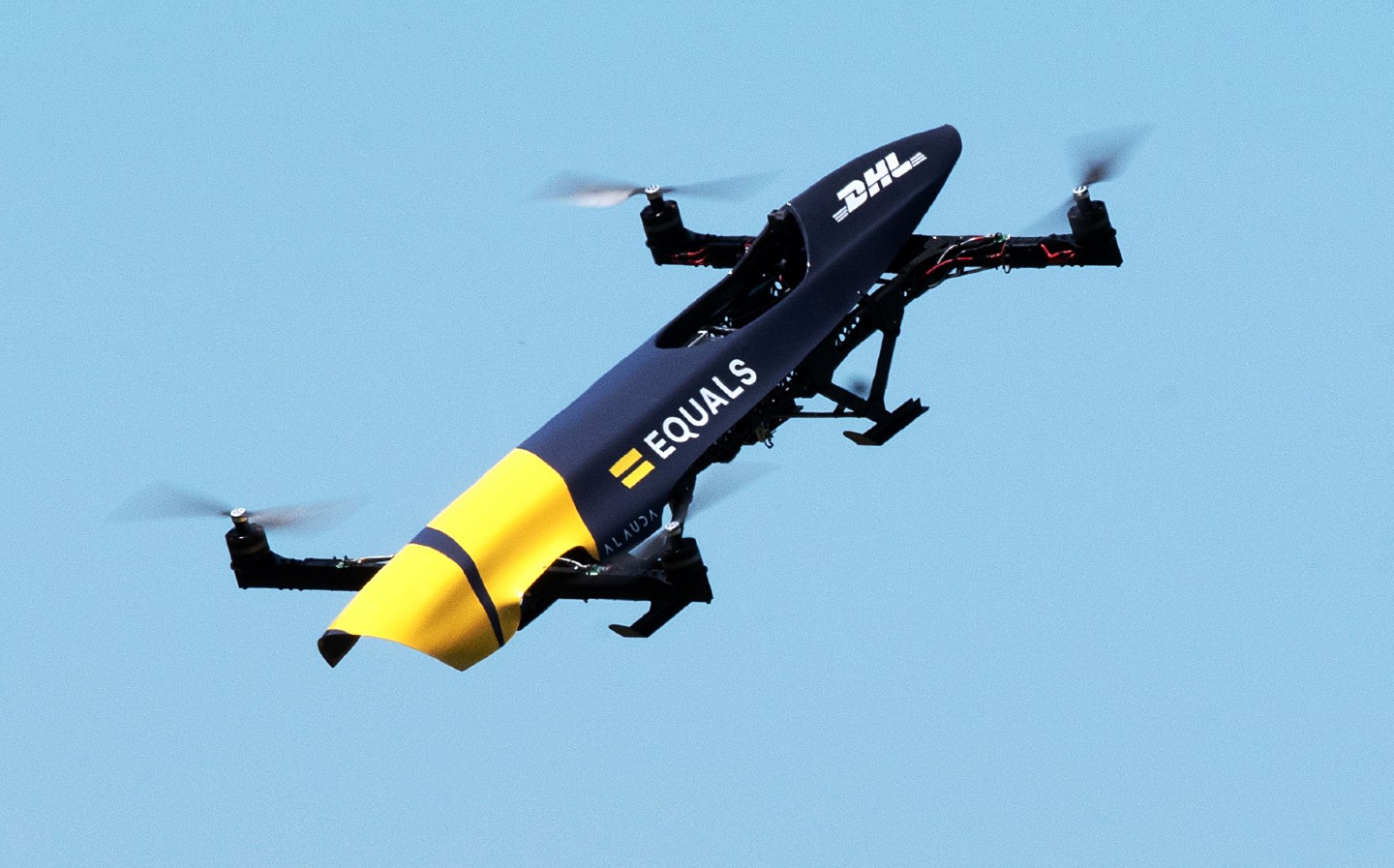 THE AVIATION club based at Goodwood Motor Circuit has said that any future drone or flying car displays will be carefully considered in line with new official recommendations, following a crash that only narrowly avoided houses near Chichester.

Investigators said there was a “high risk of fatalities” when the Alauda Airspeeder Mk II prototype became unresponsive, rose nearly 8,000ft and then plummeted to the ground after running out of battery during the test over Goodwood Aerodrome, West Sussex, on July 4, 2019.

According to The Times, guests were told to run for cover and Goodwood Aero Club was forced to alert Gatwick during the incident, as the machine entered controlled airspace and headed towards the holding area for Britain’s second busiest airport.

The 95kg Airspeeder reached 60mph as it descended, and landed in a field just 40m from the houses. 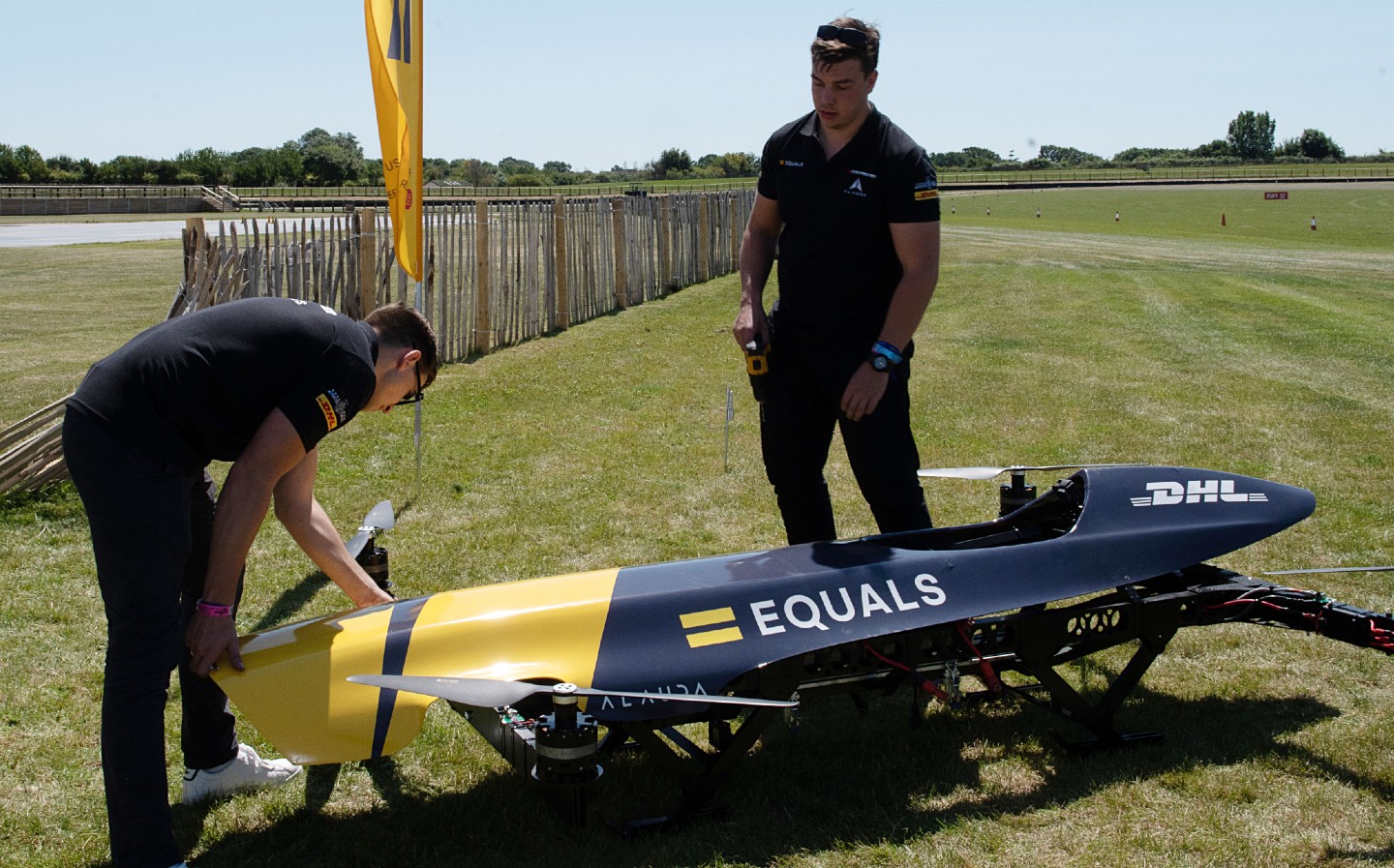 Alauda, an Australian company founded by Matt Pearson, was demonstrating the scale prototype at the aerodrome on the first day of the 2019 Goodwood Festival of Speed within the ground of Goodwood Motor Circuit.

The company was also displaying a static Airspeeder Mk IV, a manned octocopter designed for racing at up to 120mph, at Goodwood Festival of Speed’s Future Lab area, near Goodwood House. Pilots were expected to begin racing the manned vehicle in 2020, though recent videos from the company on YouTube show that it is still in development.

A report by the Air Accidents Investigation Branch (AAIB) said that the Airspeeder stopped responding to instructions a minute into the flight. A crew member tried to use a “kill switch” to cut off power to the four rotors of the car but it failed to stop and headed upwards at full power.

Although the Civil Aviation Authority’s Unmanned Aircraft Systems Unit had allowed the demonstration flight to go ahead, the AIIB found that the CAA had not inspected the Airspeeder Mk II before issuing its exemption to the Air Navigation Order, and did so based on an Operating Safety Case from Alauda that “contained errors and inaccuracies”.

The AIIB said the aircraft was “not designed, built or tested to any recognisable engineering or airworthiness standards, and that its design and build quality were poor.”

“Goodwood was not operating the Alauda Airspeeder Prototype; it was a demonstration flight controlled by a third party and overseen by the CAA,” he said.

“We are satisfied that the action taken by Goodwood air traffic control was robust and appropriate. The accident report recommendations will serve to ensure that UK drone operations continue to be strictly controlled and safe.

“The CAA have implemented recommendations from the accident report to ensure drone safety is continuously improved in the UK and any future flight applications would be carefully considered in line with those updated processes and regulations.”

An Alauda spokesperson said that since the incident, the company has worked with regulators and the appropriate bodies to provide all required information, and that three development phases have been worked through based on the recommendations.

“We showcased a very early UAV prototype at a side exhibition that took place at Goodwood 18 months ago,” they told Driving.co.uk. “This activity supported the announcement of our intent to develop performance eVTOL (electric vertical take-off and landing) vehicles. The public demonstration concluded our early concepting phase.

“There was a short loss of control caused by unforeseen external factors affecting our control systems.”

They added: “Since 2019 we … have built robust safety processes, led by senior engineering and project management professionals drawn from leading names in the aviation and automotive industries. This has been informed by constant cooperation with regulators.

“Airspeeder is a highly respected voice in the emerging eVTOL industry. We have just announced the conclusion of the Mk3 development programme meaning the company is ready to demonstrate safe and compliant remote-piloted racing events in 2021.”

– After reading that Goodwood will carefully consider future flying car demonstrations after the Airspeeder crash, check out our article about five other flying car projects
– You should also read this report on whether flying cars will ever take off
– And don’t miss this news story about the European aviation regulator creating a new special condition to allow flying cars in the EU