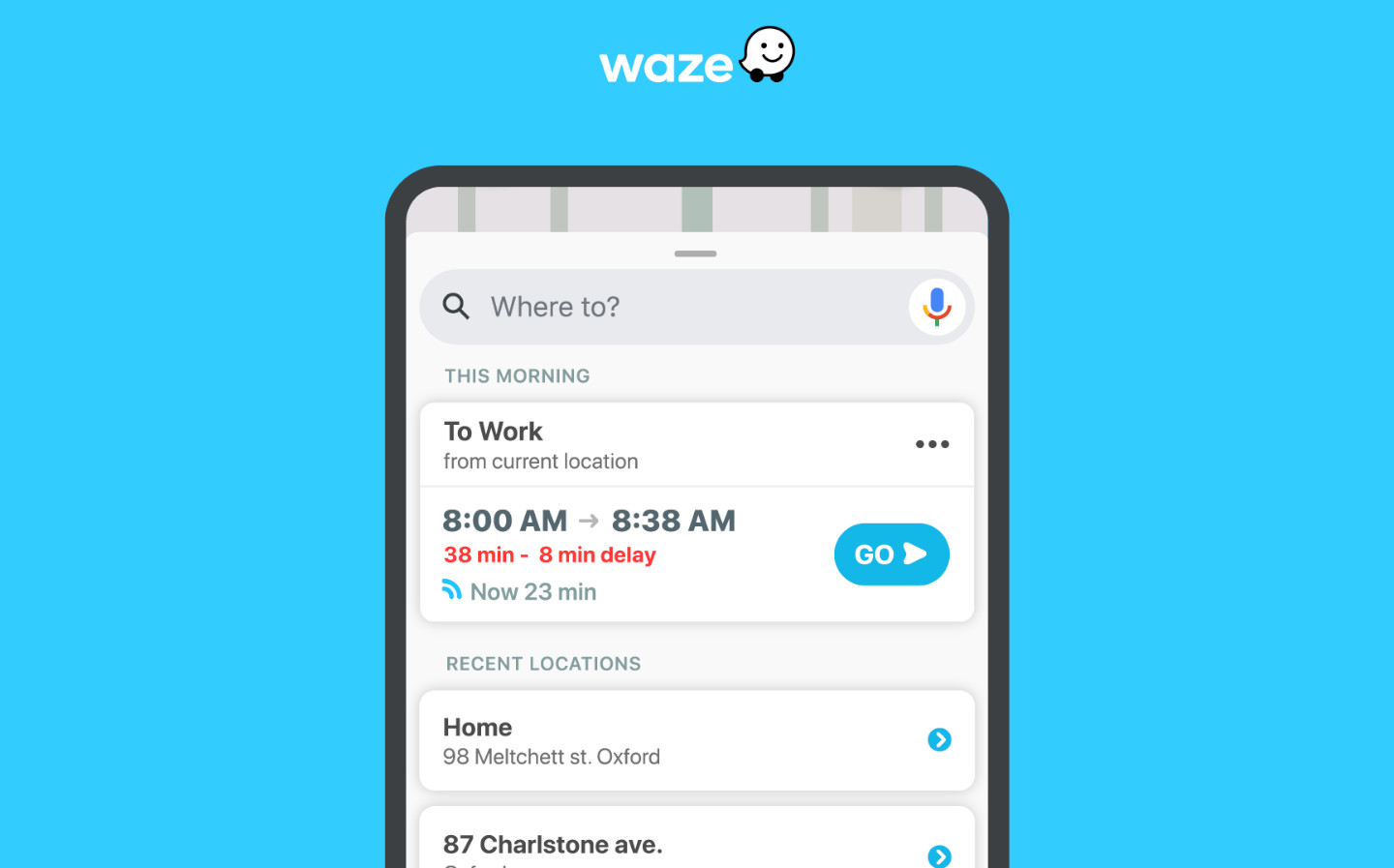 WAZE hates traffic. Chief executive and chief “Wazer” Noam Bardin opened the navigation app’s first virtual event today by saying, emphatically, that traffic is “literally killing us”. The pollution and stress caused by traffic, he says, is causing people to die prematurely. However, one of the few silver linings of the pandemic lockdown is that it’s given us a glimpse into what the world could be like without traffic jams — shorter journey times, emptier roads, less pollution and pedestrianised cities.

Like many companies, Waze took a hit when coronavirus came along, with the number of cars on the road dropping dramatically. Usage of Waze went down by an average of 70%, and as much as 95% in countries such as Italy. Since levels have returned to pre-covid levels (in France, usage is up compared to before the pandemic), the app’s team has seen a few changes in users’ driving behaviour. There are, unsurprisingly, fewer trips to and from work, and a large increase in one-off journeys and very long distance drives, as people opt to drive over taking public transport.

With all of this in mind, Waze has today unveiled a raft of new additions and improvements to its popular navigation service, as well as its nascent Carpool app that is not yet available in the UK (more on that below). The new features aim to streamline the app to make it better to use before you start your journey, as well as when you’re on it, so that you spend less time stuck in traffic. Here’s a list of the improvements announced today.

Using personalised information including past trips as well as recently visited and favourite locations, the updated Waze will offer visual information including traffic and journey length. It also allows you to adjust what times you’re willing to leave, as leaving later or earlier might make your journey quicker.

In certain countries it also allows you to check whether carpooling, which can allow access to high-occupancy vehicle (HOV) lanes, will make your journey quicker.

Waze says that these features are intended to help drivers anticipate traffic, as well as adjust departure times and plans in order to make life easier. The feature is set to roll out next month.

Places that you’ve recently visited will now show up “front and centre” in the new app, rather than tucked away, allowing you to more easily tap on an icon on your Waze map and get on your way. This is another new feature to be rolled out next month. 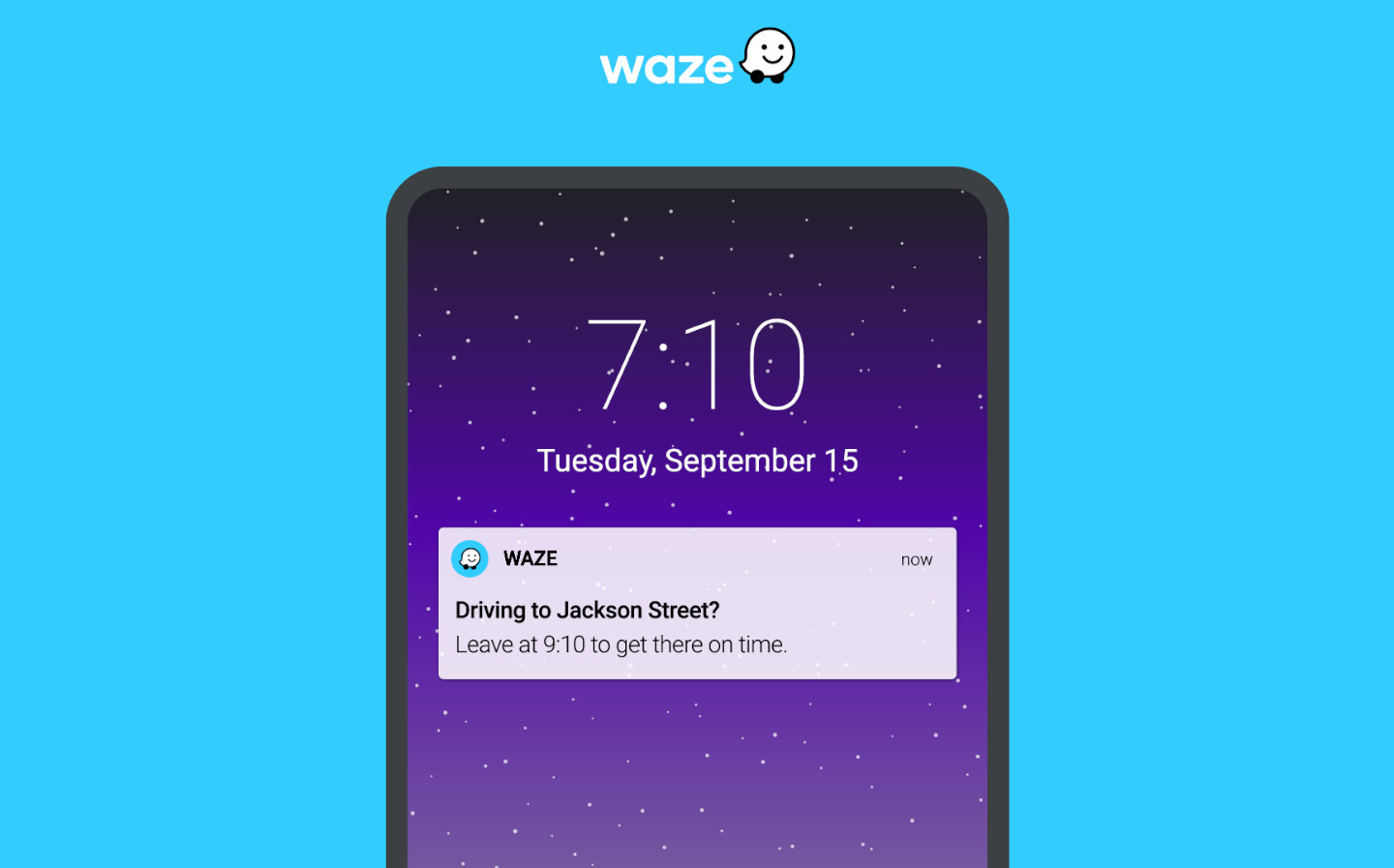 Waze already offers traffic notifications for planned drives. But from next month, as soon as the app detects traffic on your recent and favourite routes, and thinks you’re at risk of being late, it will prompt you to adjust your departure time. This is a feature with which many Google Navigation users will be familiar.

Live map save to app

A new update will allow you to save itineraries to your phone, including real-time data, which, according to Waze, provides a “more seamless experience across platforms, and simplifies the process of planning a drive”. This feature is available now.

The Uber-rivalling Waze Carpool has been available in the US for a couple of years now, and is also available in Brazil, Mexico and Israel. A new feature will allow people looking for a carpool to set and change the price they’re willing to pay for a ride, according to a recommended amount for that journey. People offering carpool rides can do so in the Waze Navigation app, while people looking for carpool rides have to do so through a separate app, Waze Carpool. The new feature is available in the aforementioned countries today.

Asked by Driving.co.uk when we can expect to see Waze Carpool in the UK, Noam Bardin said that the logistics of setting up such an app meant that expanding the service was a slow process. Waze is hoping to set up Carpool in a European country by the end of 2021. For now, therefore, Uber can breathe a sigh of relief.

This new feature allows people offering carpool rides to set a default to accept all requests, so that they don’t have to enter the app to do so. It also allows people requesting rides to receive instant confirmation when they request a ride, rather than having to wait for the driver to confirm. This is available in Israel, Mexico and Brazil today, and begins to roll out today in the US. Drivers offering instant booking will be marked with a lightning bolt icon.

Location badges will now appear under the search bar to allow quick access to local services including food outlets such as drive-thrus and kerbside pickups. The badges will also link to other businesses offering socially distanced services. This feature is available now.

Waze is owned by Google, and the English-language Google Assistant (Google’s voice activated AI competitor to Siri and Alexa) is already integrated into the navigation app. However, Waze has announced today that the app-integrated assistant is now quadrilingual, with French, Spanish and Portuguese to be added over the remainder of this year.

We all know the stress of being stuck in the wrong lane but Waze hasn’t told users which lane to be in before a turn, to prevent stress and mistakes – until now. Its addition may contribute to  an overall calmer driving experience. This feature is already being rolled out.

If you’re able to offer carpool rides, Waze will notify you in real-time of when someone is looking for a ride on the route you’re driving. This includes not only users of the Waze carpool app, but also the public transportation app Moovit, which has partnered with Waze on this feature. Waze noted that this will allow people to stay off public transport during the ongoing pandemic. This feature will roll out to Israel later this month, followed by other markets where Waze Carpool is available (Mexico, Brazil and the US). 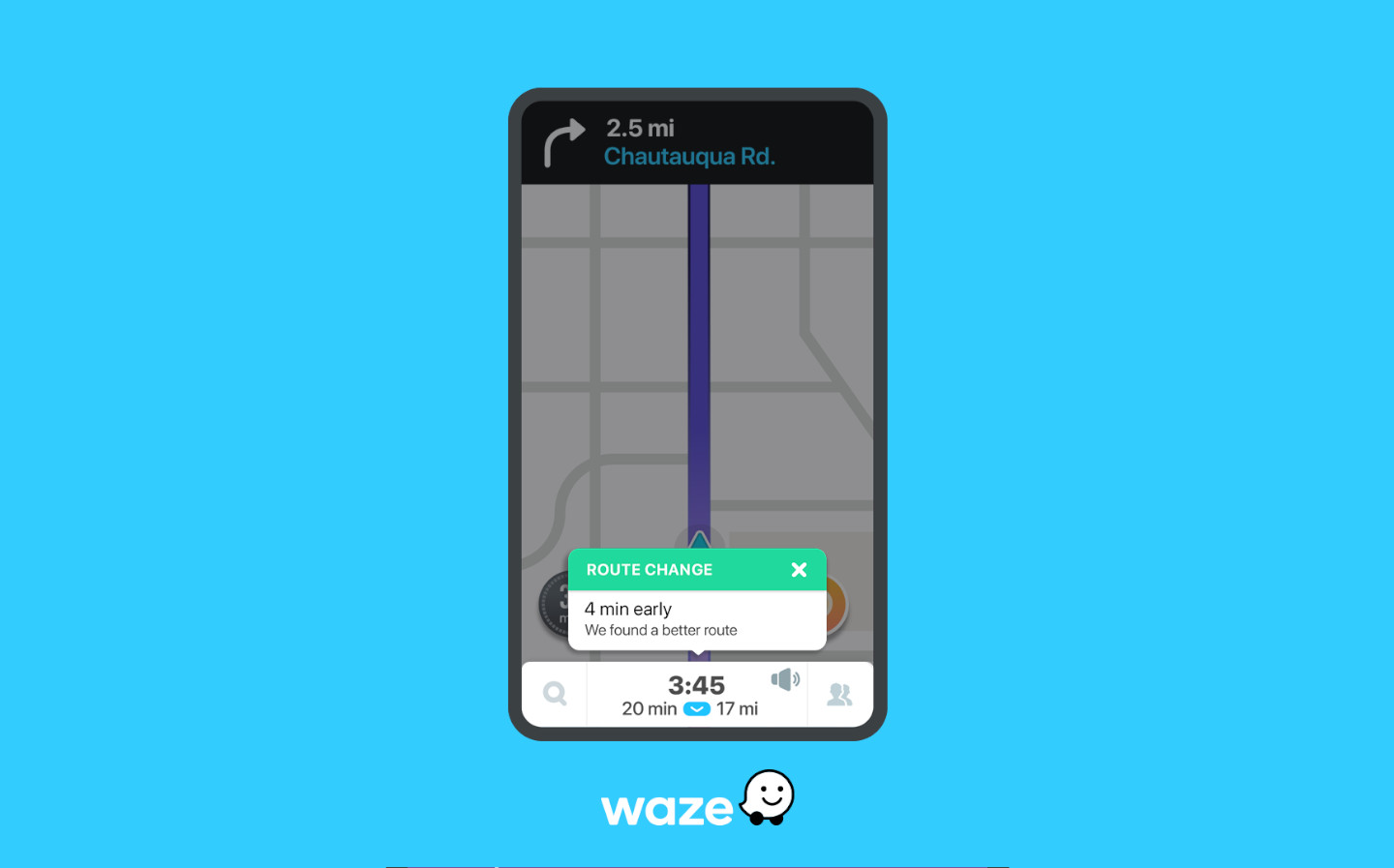 Various local lockdowns and the ongoing trend towards working from home means that areas that were previously chocca now often take a lot less time to drive through. Waze has improved its software so that ETAs are more reliable on roads that are often unpredictable, to drivers with “ever-changing routines”. These improvements have been rolled out.

If you’re a user of Spotify, Deezer, or a number of myriad other streaming services (frustratingly not Apple Music, however), you can already listen to your music or podcasts through the Waze App. Amazon Music will soon be added to that list, with Waze saying that integration between the two apps will be available in “the coming months”.

Not all improvements have to be pragmatic. With a touch of whimsy, Waze has added the ability for Waze users to be directed on their journeys by Batman (voiced by Kevin Conroy, who has voiced the superhero in various media since the nineties), or The Riddler (voiced by Wally Wingert, the voice of the villain in the Batman: Arkham video game series). Their directions are available in English, Spanish and Portuguese. You can also change the icon of your car to the Batmobile or the Riddler Racer, and choose between Batman and Riddler moods.