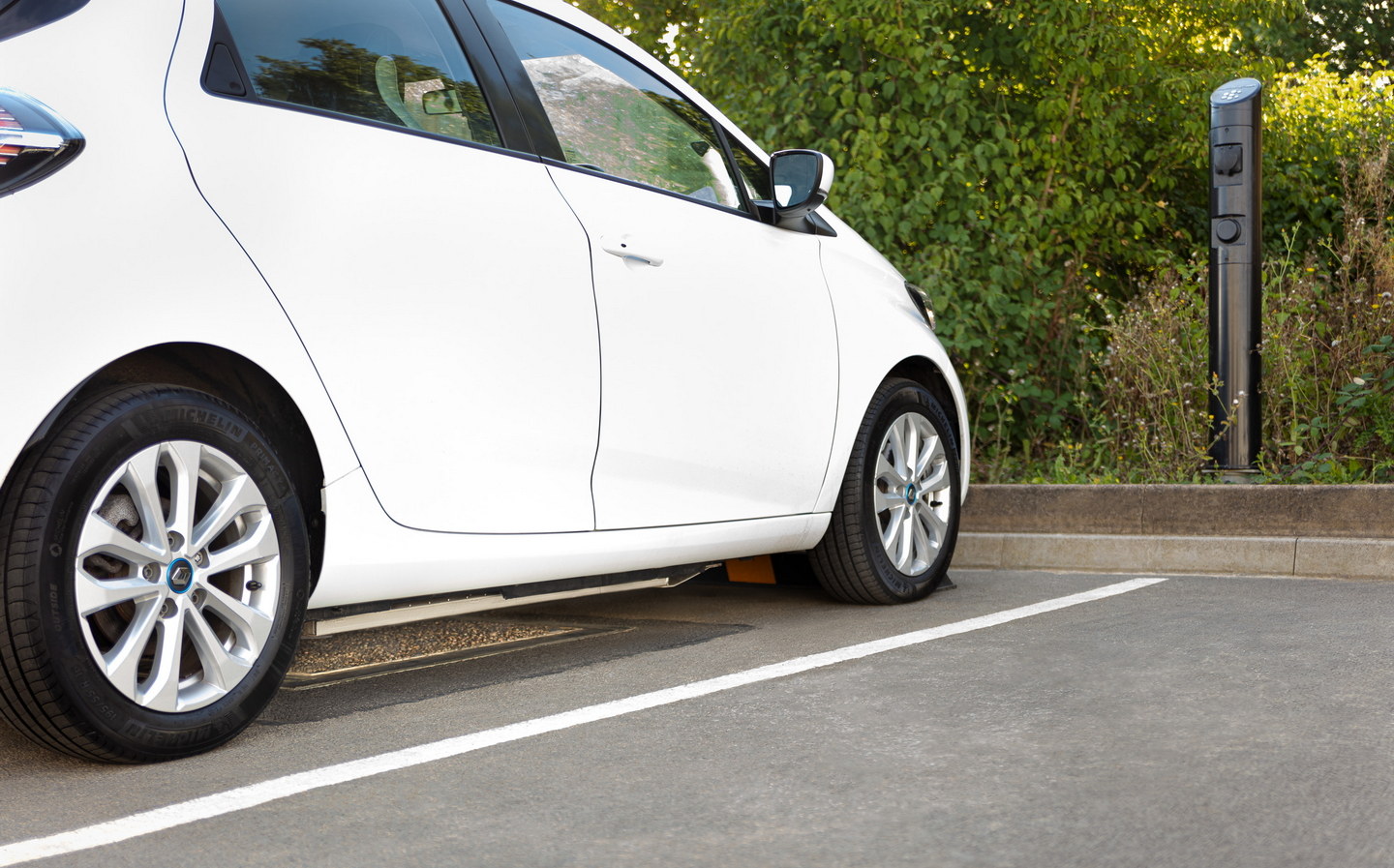 The trial by Char.gy involves a fleet of 10 Renault Zoe electric superminis, all of which have been fitted with induction charging hardware, operated by car-sharing service Hiyacar. The plates on the underside of the cars are compatible with a wireless charging pad that has been installed within a parking space at Marlow’s Liston Road car park. 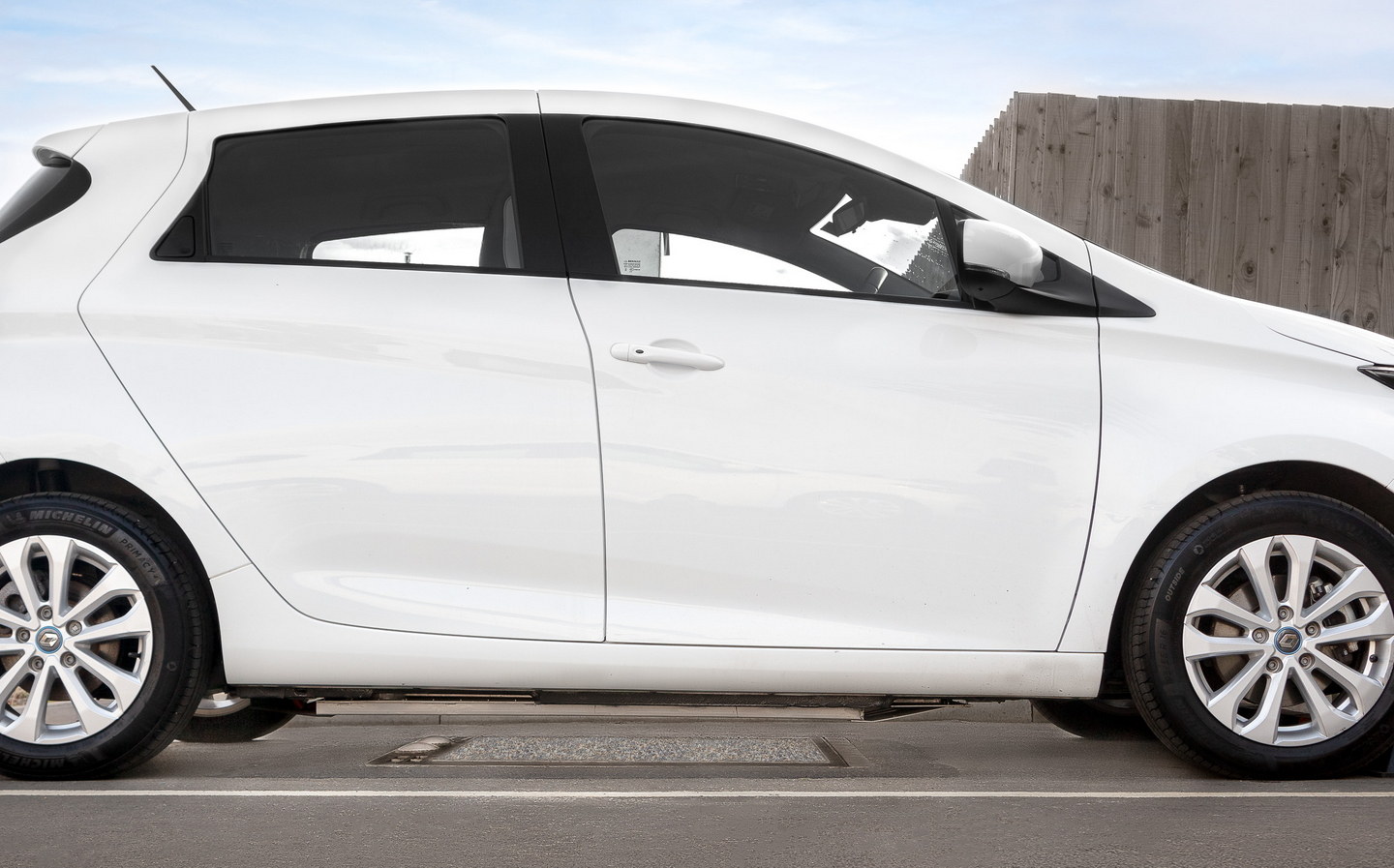 According to a statement from Char.gy, “This infrastructure means no charging cable — potentially hazardous for other road or pavement users — and no lamppost charging, and is only activated when an EV parks over it.”

The technology for the Buckinghamshire trials has been developed by the University of Warwick and German wireless charging specialist IPT Technology.

It is similar to that used on the Number 7 bus route in Milton Keynes that runs on a fifteen-mile course between the suburbs of Wolverton and Bletchley, and carries up to 800,000 passengers per year. Although the bus is charged overnight at its depot, when it reaches each terminus on its route, it lowers a receiver plate to within four centimetres of a charging pad in the road surface.

Induction charging creates a magnetic field between the receiver plate and the charging pad, allowing the bus to replenish its battery for around ten minutes at a time, allowing it to keep going without needing a full charge, which can take up to sixteen or seventeen hours a day. 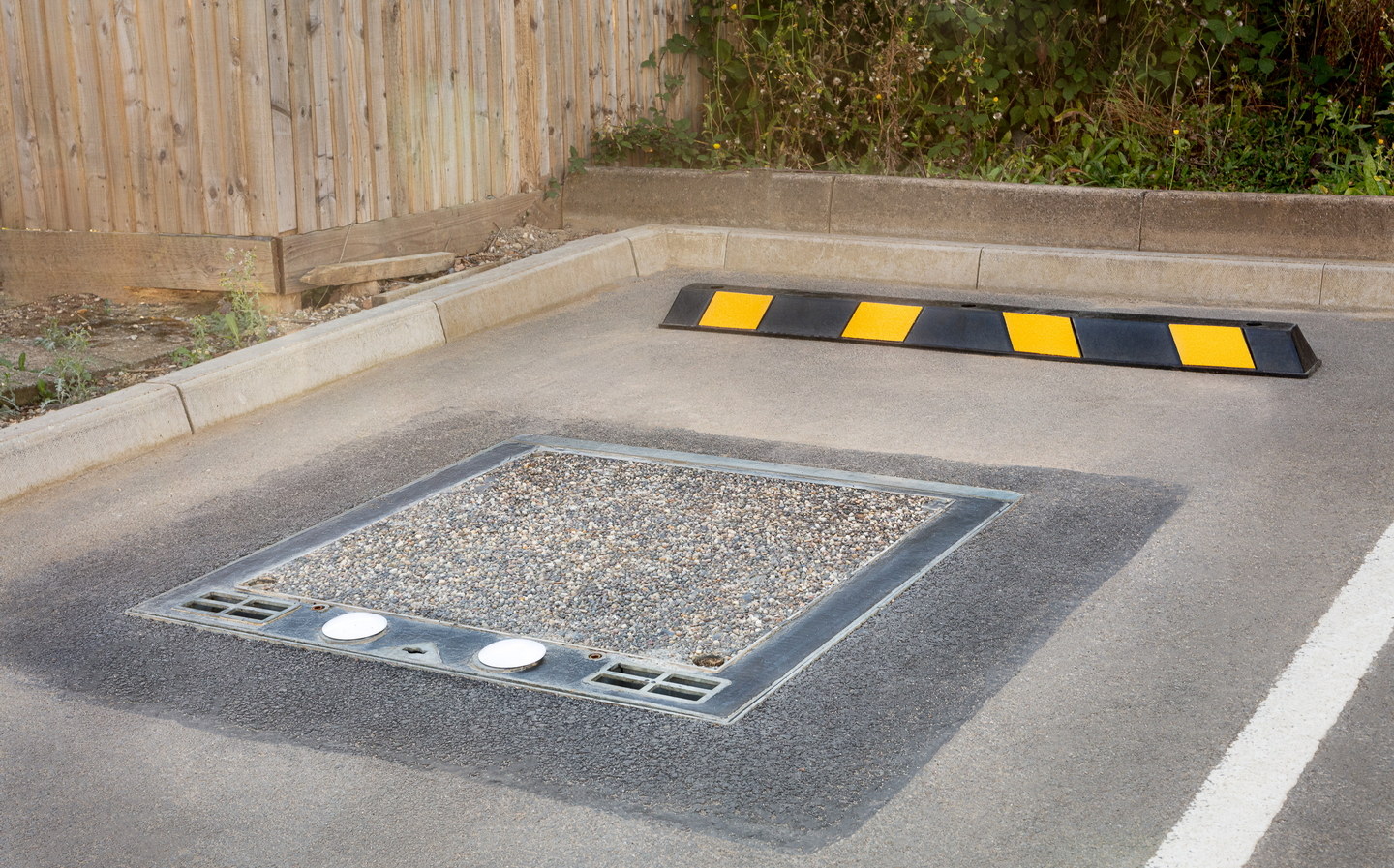 The Char.gy trial in Marlow uses similar technology and has already been extensively tested at the Millbrook Proving Ground in Bedfordshire.

It should, according to Char.gy, allow more people — those living in apartments or terraced houses, for example — to make the switch to electric cars.

“This new charging solution will mean that in the near future, those without access to private charging via garages, driveways or other off-street parking options will be able to charge their vehicles efficiently and cable-free,” the company said.

“The trial will explore the feasibility of wireless charging and will also allow residents who may be hesitant to change to an EV the chance to try one. The car offers hourly or daily rental options so for some people it could be an alternative to owning a car.

“This technology is still in the early stages but it should all make running an electric vehicle simpler and easier — to ultimately encourage more take up.” 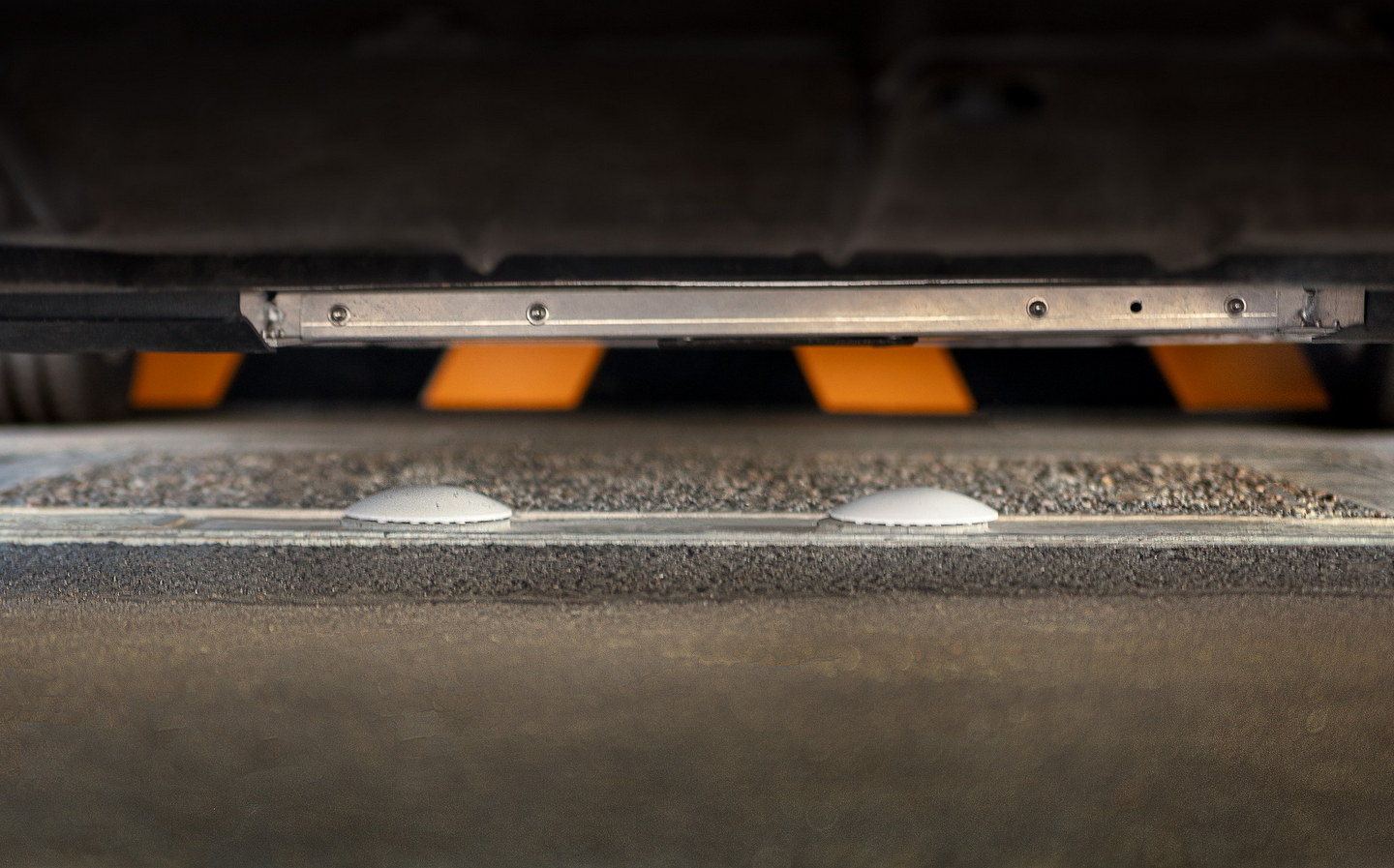 The cars will be available to rent by the general public from Hiyacar for £1 per hour or £5 per day (plus insurance costs) and, as users can still use the existing charging cables at other electric vehicle charging points, they’re not limited to top-ups at the Liston Road induction charging pad.

Induction charging trials at nine further locations around Buckinghamshire are expected to follow in the near future, with the Open University collecting data and providing feedback on the process.