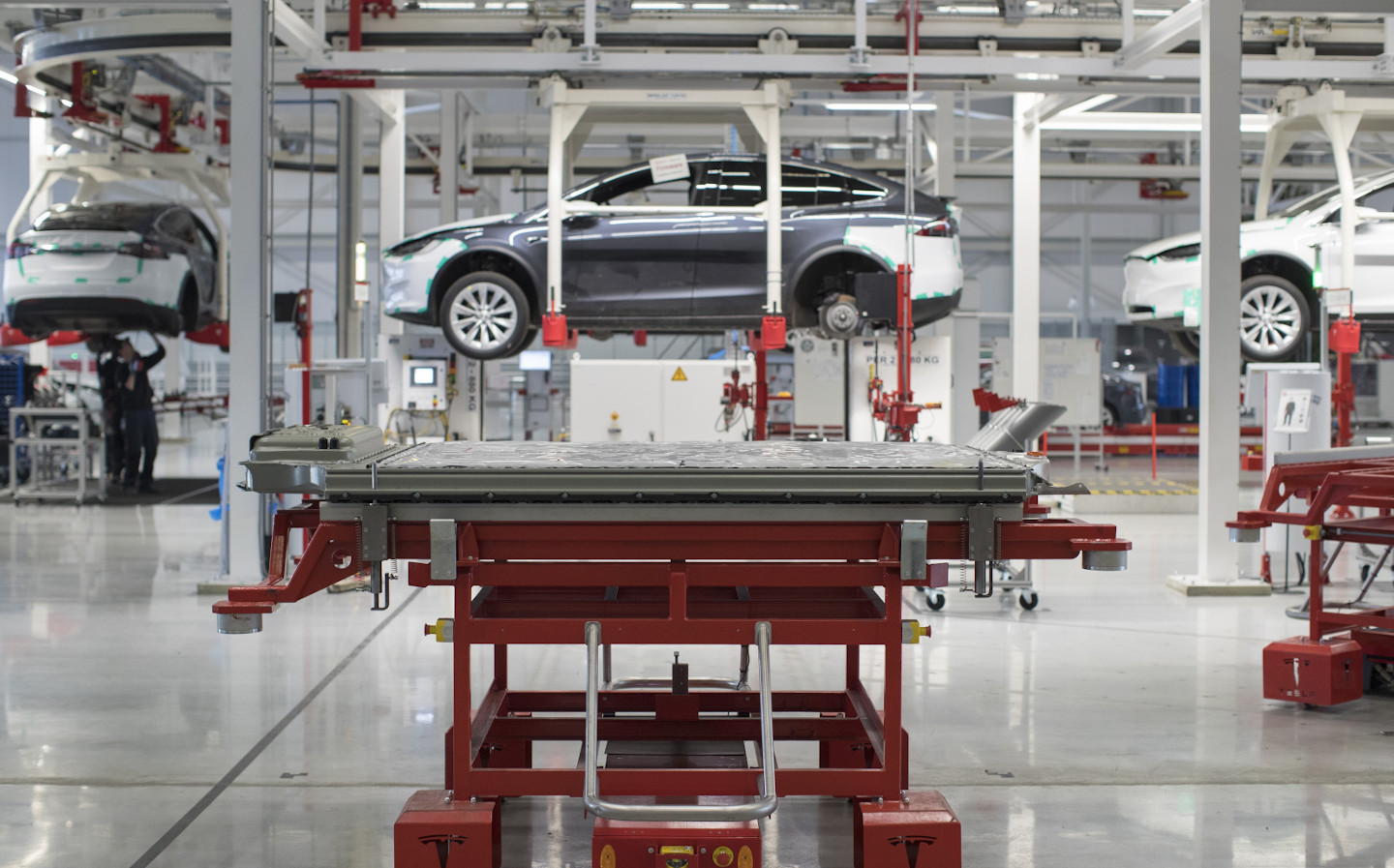 ON DECEMBER 10, Chinese car maker Nio announced that it had installed its 700th battery swap station in China.

Videos released by the company show an elegant set-up whereby Nio owners drive their cars onto a pad inside a battery-swap booth where, via a complex array of robotics and hydraulics, the car’s battery is removed and replaced with a new, freshly-charged unit.

According to the company, this takes approximately three minutes, with no need for the driver to get out of the car.

The advantage of such a system is clear in that it eliminates recharging times for motorists and takes around as long as refuelling a petrol car, adding an extra 200 miles or so in three to five minutes.

Nio sees great promise in the technology with, it says, 43.34% of owners living within a couple of miles of their nearest swapping station and a current ratio of 258 cars to each station.

The company has completed more than 5.3 million battery swaps to date.

Nio also operates a “Battery as a Service” subscription in China, which knocks around £7,500 off the asking price of a new car in exchange for a monthly fee of about £100 to lease a 70kWh battery pack that includes six swaps per month.

At first glance, battery swapping appears to offer huge advantages to EV drivers, taking one of the main downsides to ownership — charging times — out of the equation, while allowing some commercial scope for profit.

So why aren’t other car manufacturers doing it?

The history of battery swapping

Battery swapping held a great deal of promise back in the days when EVs had short ranges, took ages to recharge and infrastructure wasn’t what it is today.

The idea seemed to represent a perfect solution to a number of problems and a number of entrepreneurs attempted to step into the breach.

The most notable was Better Place, an Israeli company which, through a contract with Renault, provided a subscription service to drivers using battery-swappable electric Renault Fluence models.

The project imploded, however, as the costs of establishing the infrastructure were much higher than originally projected and, crucially, much more expensive than DC fast-charging infrastructure.

Another major blow was that car makers showed little interest in using standardised batteries designed by Better Place and Renault. Everything from tooling at the car makers’ factories to battery and vehicle dimensions would have to adhere to the standards set by the system’s creators.

Tesla briefly dabbled in battery-swapping, even setting up a swap-station in California, but the company quickly lost interest and decided to concentrate on developing its Supercharger network.

The idea isn’t dead yet though, with not only Nio but also Ample, a Californian start-up that recently attracting $160m of investment, putting resources into the technology.

Ample’s business model is currently targeted at those whose livelihoods depend on minimising charging times, i.e. Uber drivers, and the company operates a number of locations in the Bay Area in and around San Francisco. Ample’s technology supports battery swapping on Nissan Leaf and Kia e-Niro EVs.

What are the problems with battery swapping?

As Better Place discovered, battery swapping has three main factors stacked against it in terms of it becoming a major competitor to rapid and ultra-rapid charging.

Battery swapping stations require extremely complex systems of hydraulics and robotics to function and can cost millions per unit.

Coupled with the cost of establishing not just a network of stations, but also a network to transport batteries between stations so there’s always an adequate supply of charged batteries, the set-up costs are enormous compared to the cost of installing a network of DC fast chargers at motorway service stations and other locations.

A DC charger capable of charging two or three cars at the same time currently costs between £50,000 and £100,000 per unit, so the finances and logistics of battery-swapping don’t seem to stack-up.

The second factor going against battery swapping is how much DC rapid charging has improved in the last decade.

Though currently uncommon in the UK, 350kW chargers are on the way and the forthcoming Lucid Air, with its 300kW charging capacity, 520 miles of range and ability to add 300 miles in around 20 minutes using conventional (if enhanced) DC charging makes battery swapping infrastructure look unnecessarily complex.

Cars such as the Porsche Taycan and Tesla Model S can add hundreds of miles of range in around 20 minutes.

Technology is developing all the time for more affordable models, too. Even the Volkswagen ID.3 can recharge from 20% to 80% in just under 35 minutes.

Taking 20-30 minutes for a recharge on a motorway journey isn’t that much longer than the time taken for a toilet break and a coffee, and any remaining time difference is more than made up for by the relative availability of DC charging infrastructure.

The third factor — perhaps the biggest one — is the part that batteries play in differentiating manufacturers from one another. One of Tesla’s main advantages is its battery and battery management systems, which are considered among the most efficient available.

In order for battery swapping to become widespread, companies such as Tesla, Lucid, Hyundai and Volkswagen would have to set aside years of investment and form an agreement to standardise their battery tech, voluntarily agreeing to lose any competitive advantage over rivals. This seems unlikely as Better Place found out to its cost.

Does battery swapping have a future?

All things considered, recent battery swapping investors such as Nio and Ample appear to be swimming against an overwhelming tide — a tide that suggests battery swapping is on track to become just another technological dead-end and a footnote in the history of the new EV revolution.