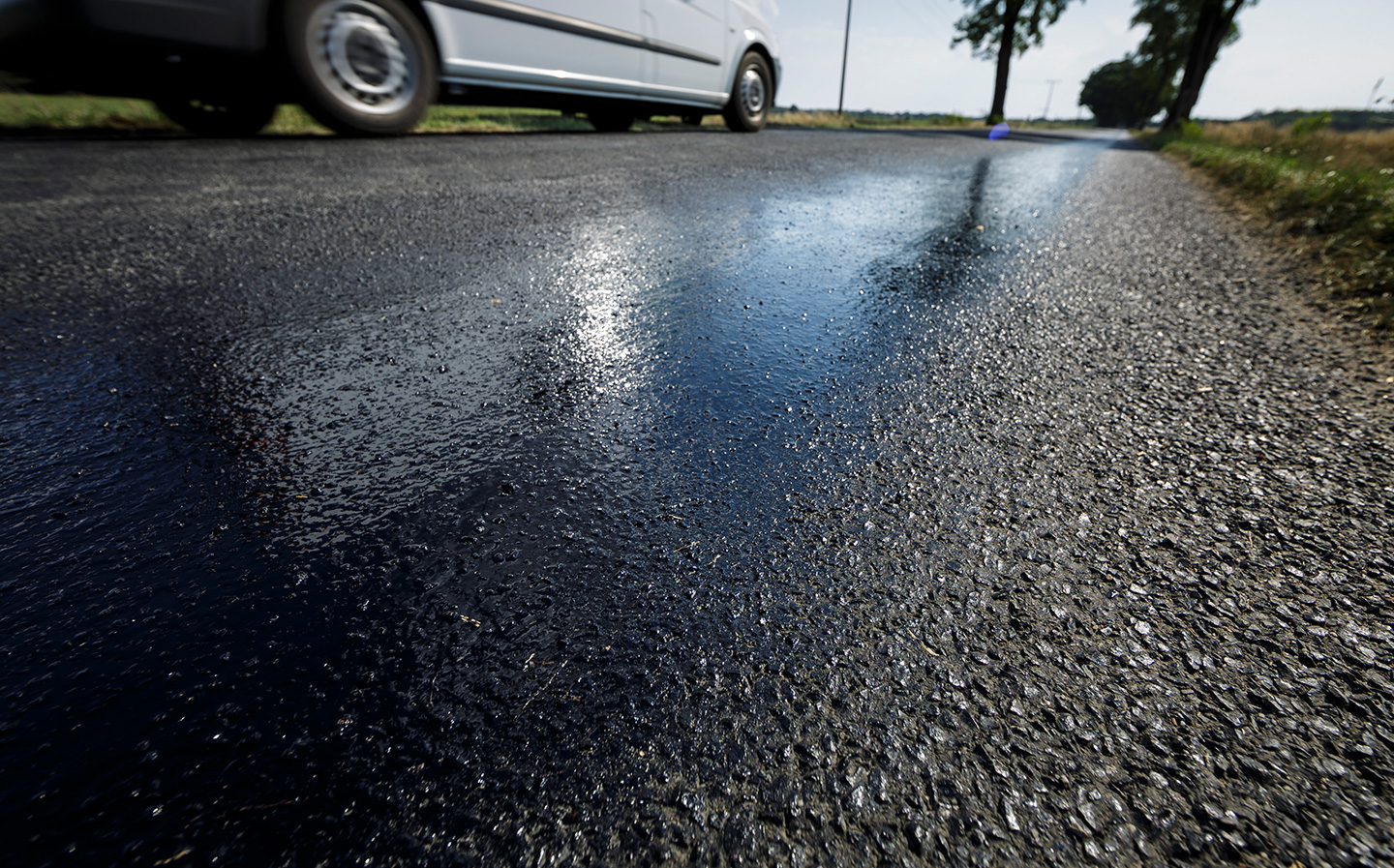 SOARING temperatures across the UK are causing some older roads to melt, leading to the need for emergency repairs to be carried out.

Gloucestershire County Council has been carrying out emergency works in Tewkesbury as parts of the A38 began melting. Workers spread a fine layer of grit to help soak up the melted material and create a more solid surface after the road softened in the baking sun.

This temporary measure will allow traffic to continue using the road but the council has said that it will have to carry out a more detailed examination of the road after the summer weather has passed.

It will need to be fully resurfaced, according to councillor Vernon Smith. “I have instructed officers to work with our contractors to resolve the failed surfacing with a quality repair which will last,” he said.

“This will be at no additional cost to the taxpayer and will deliver a smooth and high quality surface for all road users.”

Full extent of road damage won’t be known for months

Elsewhere in the country, several roads in Somerset have also required emergency works. Taking to Twitter, Somerset Council stated: “The blistering heat has caused some roads to melt (yes, melt). We are doing all we can to protect the roads. We will continue to monitor the situation over the next few days.”

With temperatures in the area reaching up to 30C, the dark road surface can exceed 50C as it absorbs the sunlight. This temperature can build throughout the day and is at its highest between noon and 5pm.

The council explained: “The road network has 5% of ‘polymer modified binders in hot rolled asphalt’ roads. These can absorb up to 80C but they are more expensive. It is particularly problematic in countries that experience the two extremes of weather.”

It went on to describe asphalt as being “like chocolate — it melts and softens when it’s hot and goes hard and brittle when it’s cold. As a result, it doesn’t maintain the same strength all year round.”

Some parts of the country are seeing temperature soar above 30C this week, which is likely to result in more road surfaces becoming affected and, in turn, could lead to more damage occurring later on in the year.

Paul Boss, chief executive of the Road Surface Treatment Association (RSTA), said: ”Many roads made from asphalt do not melt in extreme heat because they are protected by a material called bitumen, which does not melt until it reaches a very high temperature.

“Some older roads can suffer from vehicle wheel track damage as a result of heavy goods vehicles, but now modern asphalts are produced and laid in such a way that this does not happen on roads resurfaced over the last 25 years to 30 years, so drivers do not need to be concerned.

“Further treatments applied to the road surface regularly throughout its life help stop cracks and water getting into the road, preventing potholes forming.”

It’s not only road surfaces that are being affected by the hot weather. It has been reported that several train operators have had to reduce the speed at which trains on certain lines can travel to mitigate the risk of buckling rails.

A spokesperson from Network Rail said: “Rails expand as they get hotter. Speed restrictions mean lower forces on the tracks, reducing the chance of buckling.”