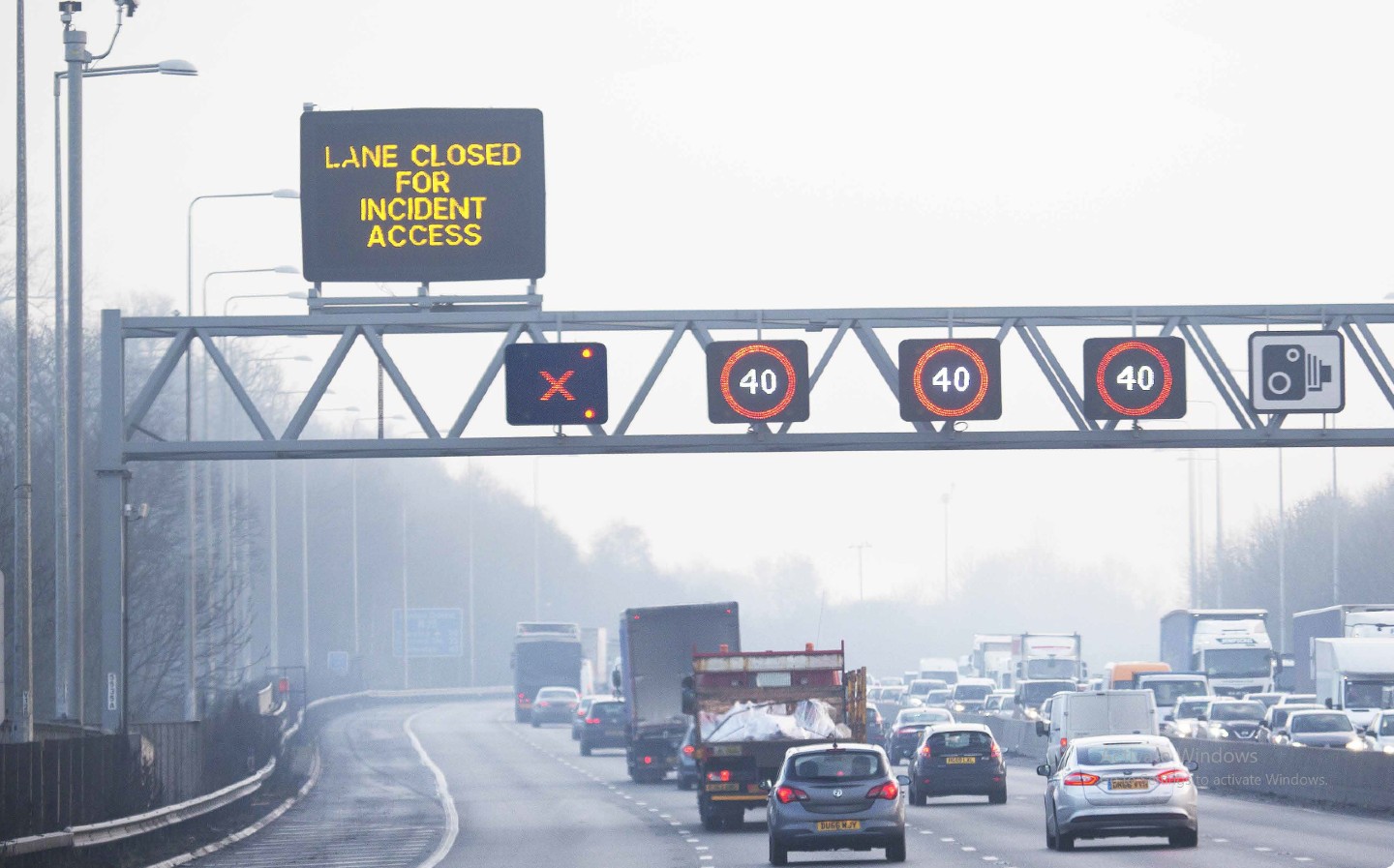 MOTORISTS are escaping punishment for committing traffic offences on smart motorways due to a lack of working enforcement cameras, it has been revealed.

Around half of the cameras that are supposed to regulate lane closures on smart motorways are not yet operational, The Times discovered, meaning that authorities are without footage to prosecute those who drive in lanes marked with a red X.

The organisation, which maintains and operates major roads across the country including motorways and some A-roads, told the newspaper that it did not expect all cameras to be operational until July 2023.

“All lane running” smart motorways do not have hard shoulders, with drivers instead encouraged to use “emergency refuge areas” positioned at regular intervals. Speed and lane closure are regulated using overhead gantries.

Changes to the law made in June 2019 allow police officers to use existing speed cameras to punish those who drive in lanes marked with a red X on the gantries. Before the change in legislation, drivers could only be punished for driving in a closed lane if they were spotted by patrolling authorities.

Yet again I find myself at the mercy of drivers who either don’t take notice of a ❌ above a closed motorway lane, or choose to ignore it. Our job is inherently dangerous when we deal with incidents in a live lane, and is made more so when this happens. Don’t drive in a ❌ lane. pic.twitter.com/mejpVeXuZB

However, upgrades need to be made to the cameras used on smart motorways — as well as police systems — to allow for automatic enforcement. Only half of the upgrades have been made so far.

When The Times submitted Freedom of Information (FOI) requests to police forces regarding the enforcement of lane closures on smart motorways, all refused to say whether or not cameras were being used, with one saying that doing so would “encourage some individuals to ignore such signals”.

Only three forces supplied the newspaper with details of fines issued for “red X violations”, with the figures revealing a staggering lack of enforcement: only seven people in South Yorkshire and seven in Staffordshire have been fined for red X violations over the past two years, while in Leicestershire no people were fined.

Edmund King, president of the AA, said that the lack of enforcement “may undermine the effectiveness of the whole [smart motorway] system”, while the RAC called the prospect of not having a full surveillance network until 2023 “frightening”.

The revelation comes amid ever-increasing fears about the safety of smart motorways. The Transport Committee, a House of Commons Select Committee that acts as a watchdog for the Department for Transport, launched an investigation into their safety last week, after a coroner said that they posed an “ongoing risk of future deaths”.

The government has pledged to cooperate with the Committee’s “important inquiry” and on Monday published an open consultation on several proposed changes to The Highway Code. Alterations have been proposed to Rule 258, which governs how lane closures are signified on motorways; to Rule 261, which regulates how variable speed limits are enforced; and to Rule 269, which dictates how hard shoulders may be used.

Other proposed rule changes have been designed to address how drivers should act if they break down on a motorway, as well as to combat driver fatigue.

In 2019, 14 people died on smart motorways, it has been reported. However, the government has maintained since their introduction that they are safer than their traditional counterparts due to their ability to regulate speed and congestion.