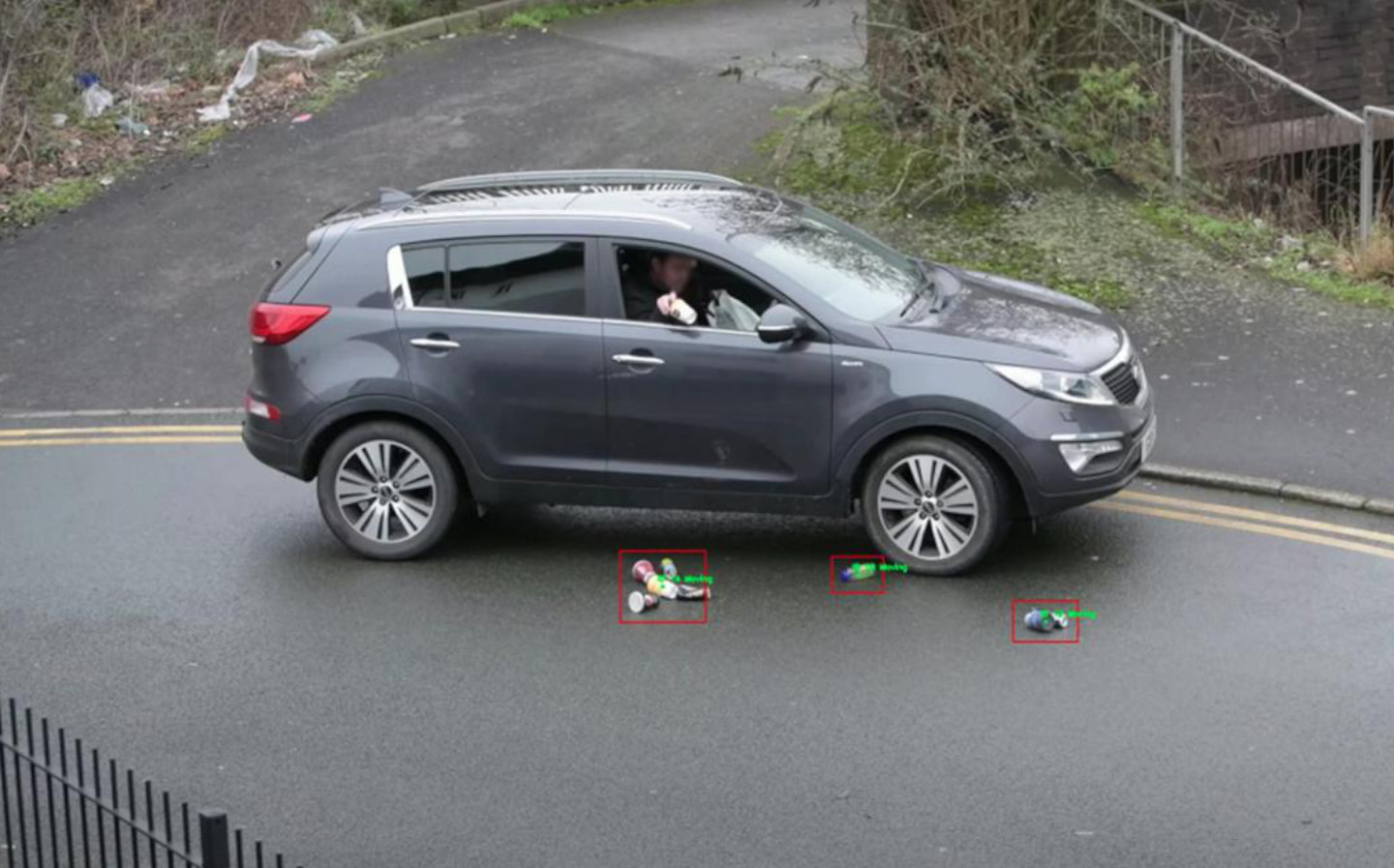 DRIVERS in Kent and Lancashire could be fined up to £120 for dropping rubbish out of their cars after new camera technology is installed.

According to The Sunday Times, unpaid council litter pickers in Maidstone recovered around 1,950 tons of litter in the last 12 months — a rise of 250% on the year before, at a cost of approximately £1.2m.

Drivers photographed throwing waste out of their car by new “Littercam” technology will be fined £90, rising to £120 if unpaid after 15 days.

Enforcement of littering offences has thus far relied on wardens catching offenders in the act, leading to only 200 people being issued with penalty notices in Maidstone last year. A freedom of information (FOI) request by campaign group Clean Up Britain found that most local councils issue less than one fine for littering every week, while one in six issue no fines for littering at all.

With the introduction of Littercams, Maidstone council expects this to rise to more than 1,000.

The technology makes use of a change made to the law in 2017 that means prosecutors no longer need to prove who dropped the litter, with a fine simply issued to the owner of the vehicle.

The software matches footage of litter being thrown out of a car with that of the vehicle’s licence plate. Once verified, the information is passed onto the Driving and Vehicle Licencing Agency (DVLA), which provides the details of the car’s owner, allowing the local council to issue a fine.

Andrew Kemp, the inventor of Littercam, is hoping to introduce it to Maidstone and Wigan, Lancashire, in April, before rolling it out to Sheffield, South Yorkshire, at a later date.

Kemp is also in talks with Transport Scotland and Zero Waste Scotland regarding deployment of the technology in the country in the Spring.

How litter affects the environment

The news follows a littering “epidemic” in the UK since the easing of the first coronavirus lockdown in summer 2020, a phenomenon attributed by experts to the increased use of public spaces as access to pubs, restaurants and shopping centres was restricted.

Roadsides are home to a range of wildlife, which is adversely impacted by littering. A study carried out by Keep Britain Tidy, another campaign group, found that 2,174 discarded bottles had killed 230 voles, mice and shrews. One bottle found contained seven dead voles, which had likely crawled into it looking for sugar before becoming trapped.

The RSPCA says it receives 14 calls a day about animals affected by litter, and these calls increase in the summer months.

Litter also causes visual pollution, making roadside look untidy, and when rubbish is discarded by the roadside rather than being recycled it means new resources are required to produce new products. It can also result in toxins, entering the soil and water, which affects plant and animals life.

Cleaning up the litter is costly to local councils, which is passed on to the local population through taxation.

Campaigners have noted that littering on motorways only results in a fine if a police officer sees the offence occur, resulting in major roads strewn with debris. Highways England, which is responsible for clearing rubbish from motorways, turned down the offer of enforcement powers in 2016.

The organisation told Driving.co.uk: “Every year Highways England removes around 200,000 sacks of litter from the country’s motorways. The cost of this is around £50 a sack – about the same as fixing a pothole – and money that could be better spent elsewhere on road repairs.”

Local councils are responsible for collecting rubbish on other major roads but can only do so if Highways England agrees to close the road — an occurrence that happens only rarely on some roads. Drinks cans made in 1989 have been found on the A27 from Wiltshire to East Sussex.

Fines ‘not enough’ to prevent littering

Some experts believe the problem behind littering is not the inconsistency of enforcement, but rather the severity of punishment. Nick Freeman, a defence lawyer specialising in traffic and speeding offences who is also known as “Mr Loophole”, said that punishment should include licence points and community service.

“Plans to use cameras to catch drivers dropping litter is a good idea in principle,” he said. “But what’s the point of catching offenders if you then don’t punish them in a way that hurts? It’s just doing half a job. A fine isn’t enough. An endorsement of three penalty points is much more powerful.

“What’s more, if offenders have to spend half a day picking up rubbish as part of their punishment, then they’ll literally have to clean up after their crimes.

“It would spotlight their shameful behaviour and hopefully make them realise how litter spoils the environment for others — and damages the planet. All of which, might hopefully lead to a change in attitude and prevent reoffending — which is the aim of effective punishment.”