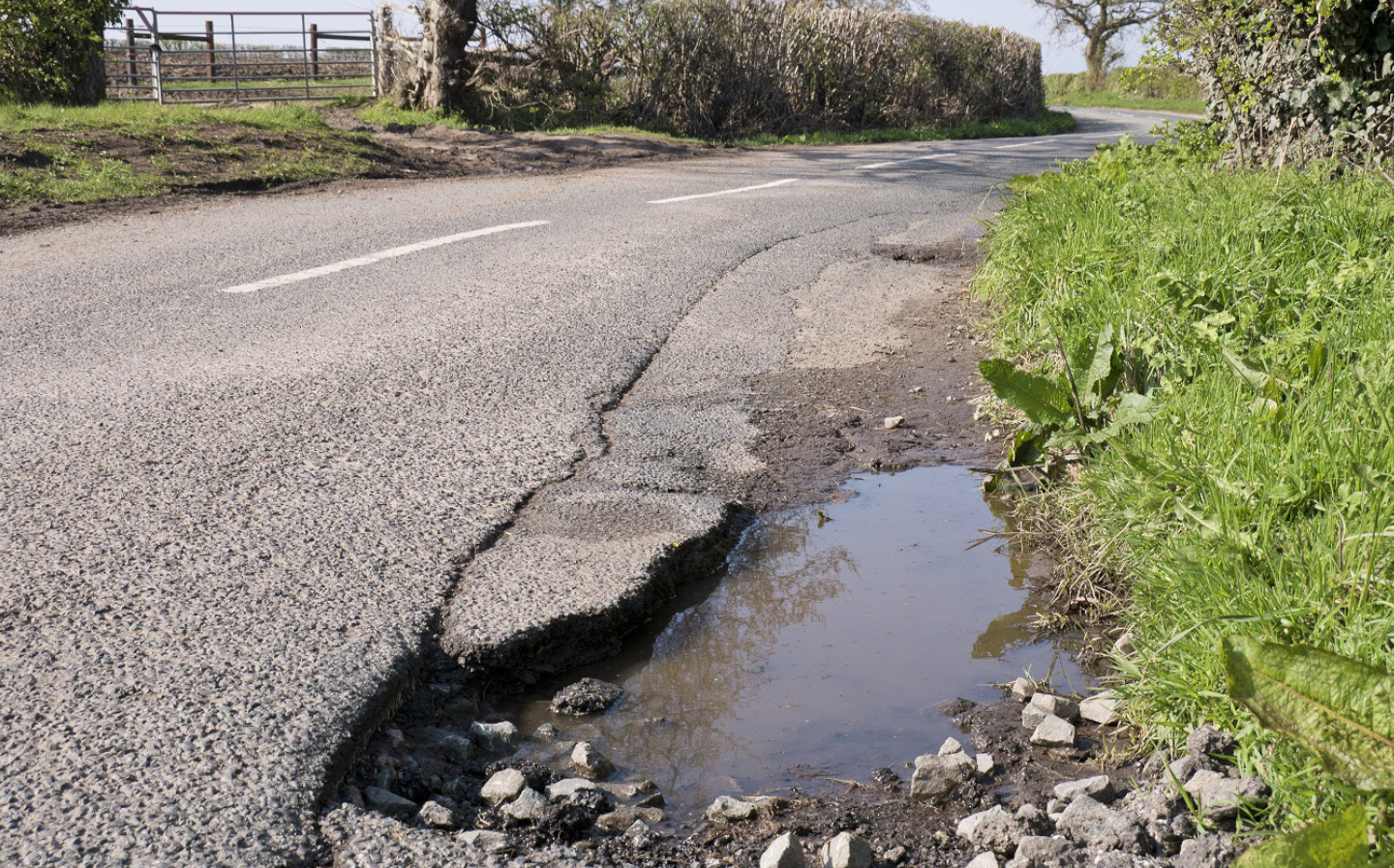 THE NUMBER of potholes on the UK’s roads has become the fastest-growing concern for motorists, above texting at the wheel and drink driving, according to new research.

Three in four drivers (75%) said they are more concerned with them now than they were in 2017, according to the annual Safety Culture report by IAM RoadSmart (formerly the Institute of Advanced Motorists), whereas just driver distraction – such as texting or talking on a mobile phone – was seen as a more serious issue today by only 68% of respondents. This was followed by traffic congestion, perceived to be a bigger issue than it was three years ago by less than two thirds (65%) of drivers.

Nearly nine in 10 of the 2,000 drivers surveyed said they were affected by potholes last year, with nearly a third (31%) saying they have changed their route to work to avoid pothole-ridden roads. More than half (54%) said that they had to swerve or brake sharply to avoid impact with a pothole.

Neil Greig, IAM RoadSmart Director of Policy and Research, called on the government to focus more intently on repairing the country’s roads.

“The pothole situation on UK roads has now become much more than just irritating, it’s a significant threat to personal safety,” he said. “We simply can’t have vehicles swerving into oncoming traffic or slamming on their brakes without warning to avoid them. Deteriorating roads also put pedestrians and cyclists at greater risk.

“It is clearly a sign of the times when motorists perceive potholes to be a bigger growing concern to them than drink driving and texting. And while the statistics show that the devastating impacts of using a motor vehicle under the influence of alcohol or using a mobile phone when driving still remain, it does highlight that it is time for government to take potholes seriously and fix the UK’s road network.”

Number of potholes will rise by 16% in 10 years, says new report

In the March 2020 Budget, Chancellor of the Exchequer Rishi Sunak announced £27bn in “new tarmac”, including a £2.5bn fund specifically allocated to the repair of potholes. He said that the fund would be sufficient to repair 50 million potholes.

However, statistics from the Asphalt Industry Alliance, quoted by IAM RoadSmart, estimate the cost of repairing the 42,675 miles of road in the UK classed as being in “poor structural condition” would be more than four times the fund allocated by the chancellor — around £11.14bn.

Despite the increased concern over the proliferation of potholes, only one in six people surveyed for the report said that they had reported a pothole to the authorities, and only one in 14 had claimed for damage to their car caused by potholes.

If a pothole is deemed “category 1” — a designation given to holes deeper than 4cm or wider than 15cm — Highways England aim to attend to it within 24 hours of it being reported in order to make the road safe, before carrying out a full repair within 28 days. “Category 2” potholes deemed to be “non superficial” have to be attended to within six months of a report, while “superficial” holes can be left by local councils to be repaired by future improvement schemes.