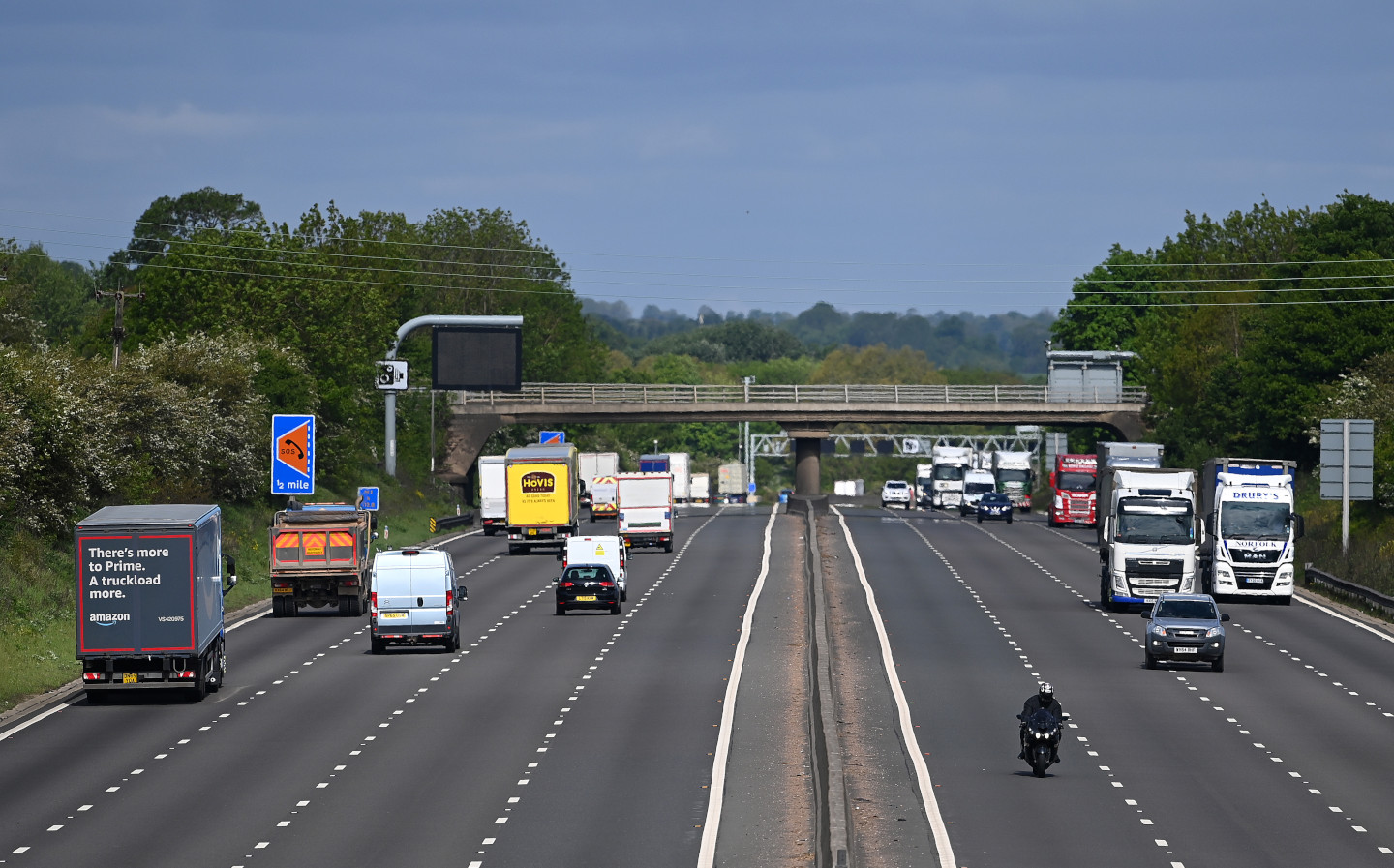 A LAW firm has threatened legal action against Highways England and the Department for Transport unless they scrap “all lanes running” (ALR) smart motorways.

A report commissioned by Irwin Mitchell Solicitors and carried out by engineering consultancy Royal HaskoningDKV found that the decision to carry on using ALRs, which it described as having the “highest rate of people killed or seriously injured” of all roads, cannot be justified.

ALR sections of smart motorways do not have hard shoulders, instead keeping the entire carriageway open to traffic. Variable speed limits and lane closures are signified using overhead gantries. Around 350 miles of motorway in the UK now operate under this system, with another eight sections currently under construction.

The government was also accused of bringing in smart motorways by “stealth” in order to avoid increasingly close scrutiny, with the public only provided with “incomplete information” over their expansion.

Public consultancy was claimed to have begun in 2019, nine years after the government first announced plans to introduce the smart motorway system nationwide after a trial on the M42 in the West Midlands.

The Times reported this morning that the amount of consultation carried out when considering changes to bus stops was higher than amount related to the construction of hundreds of miles of smart motorways.

Sir Mike Penning, who was the Roads Minister under the Cameron government from 2010 to 2012, has previously stated that he was “totally misled” in regard to the introduction of smart motorways.

The government has always maintained that ALR smart motorways are safer than traditional motorways, although an “evidence stocktake” carried out last year found that a stationary car has a higher chance of being hit by a moving one when the hard shoulder is removed.

Sarah Simpson, the author of the new report, said she was in “no doubt that the ALR smart motorway has the lowest level of intrinsic safety” of all motorways, due to the fact that the practice of Safe Systems (i.e. the elimination of the most deadly hazards) had not been properly considered. Highways England adopted the Safe Systems approach in 2015.

In light of the report’s findings, Helen Smith, a public law and humans rights lawyer at the firm, called on the Department for Transport, Grant Shapps, and Highways England to acknowledge that the development and roll out of ALRs was flawed.

“They must act in accordance with their legal duties and take action to improve safety, or face formal legal action,” she said.

Smith is representing Claire Mercer, the widow of Jason Mercer, 44, who died on an area of the M1 classed as ALR on June 7, 2019. Mercer and Alexandru Murgreanu, 22, were struck down by a lorry after their vehicle was involved in a minor collision.  The couple had pulled over to the roadside but the lane was not closed to traffic until after the second, fatal collision, according to Irwin Mitchell.

The driver of the lorry, Prezemyslaw Zbigniew Szuba, 40, admitted to two counts of causing death by dangerous driving last year, and is currently serving a 10 month prison sentence.

Mercer said: “More people in positions of authority are starting to voice concerns about these roads. Now, this report vindicates what I and other campaigners have been saying for some time.

“There were so many mixed emotions reading the report. There was upset and anger over what happened to Jason and others, but it also confirmed what I knew – smart motorways are death traps.

“It’s about time the Government and Highways England really took notice of all the evidence and public opinion. How many more people have to suffer the heartbreak of losing a loved one or suffer life-changing injuries before action is taken?”

Coroner David Upreth, who led an inquest into the two men’s deaths, said that smart motorways that do not have a hard shoulder could pose “an ongoing risk of future deaths”, and wrote to Highways England and the Department for Transport regarding his concern with their safety.

Irwin Mitchell also represents the family of Nargis Begum, 62, who died in 2018 after her car broke down on a stretch of the M1. Begum had exited the vehicle and was awaiting assistance with her husband, Mohammed Bashir, 67, when another vehicle hit the broken down car, which then collided with Begum.

A Highways England spokesperson told Driving.co.uk: “Every road death is a tragic loss of life and we are determined to reduce the number of fatal incidents, and injuries, on our roads.

“The Government’s evidence stocktake of the safety of smart motorways analysed a wealth of data and found that in most ways they are as safe as, or safer than, conventional motorways. We are committed to delivering the stocktake actions to further raise the bar on smart motorway safety.

“We are reviewing the Royal HaskoningDHV report.”

Grant Shapps, the Transport Secretary, has said that he intends to publish a progress report on the safety of smart motorways at some point this summer. Meanwhile, Highways England has recently closed a consultation into proposed changes to the Highway Code — including on the availability of emergency refuge areas and the use of variable speed limits — and is currently analysing responses.