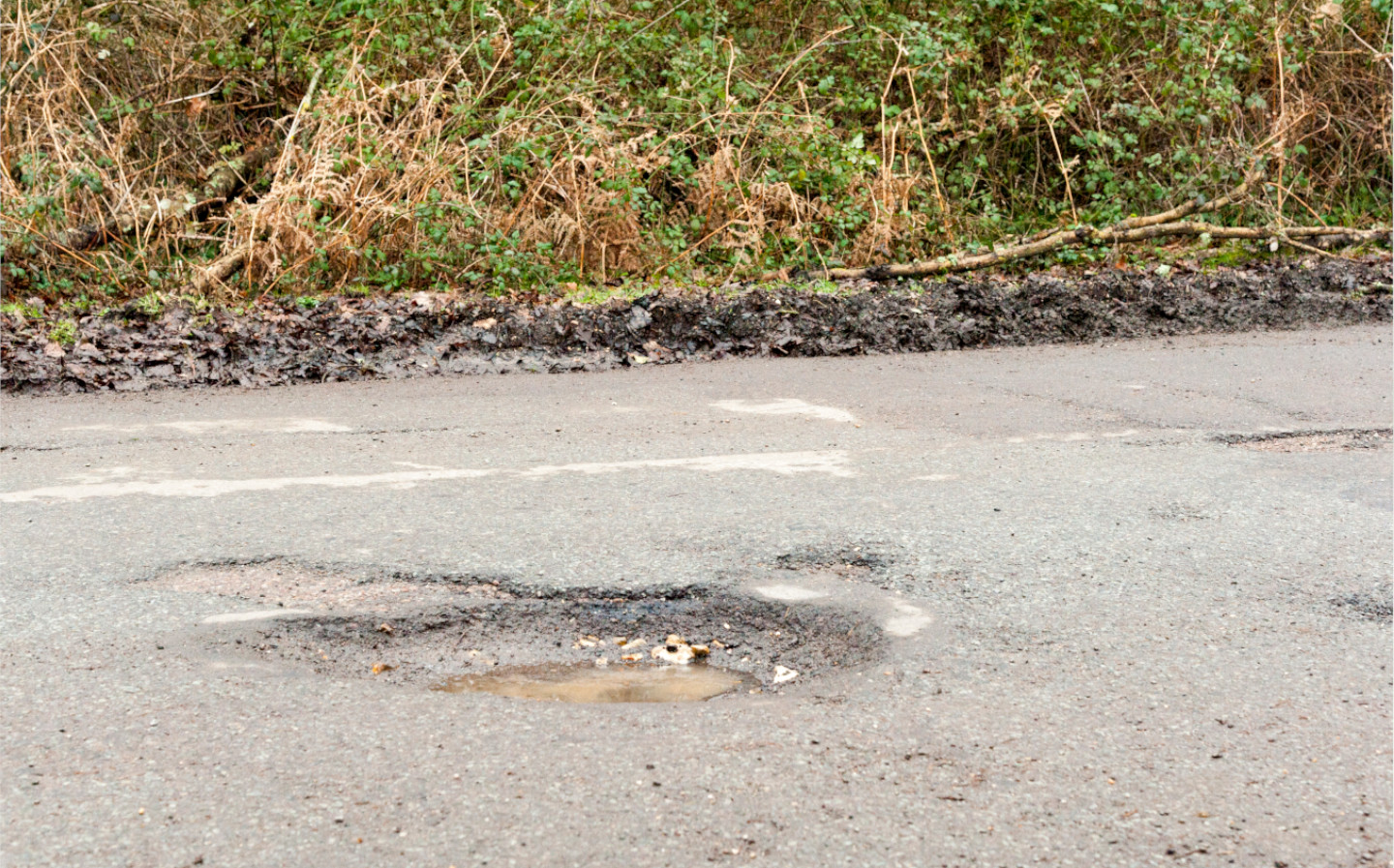 A POTHOLE-RELATED compensation claim cost one council nearly a quarter of a million pounds last year, according to data gathered through a Freedom of Information request.

Online car marketplace heycar discovered that Britain’s crumbling road network cost the government a total of £8m in payouts in 2019/20. Despite filling 1.2 million potholes last year at a rate of 20,000 per week, there are estimated to be around 100,000 potholes on the UK’s road network at any one time.

Payouts relate to injuries sustained by road users as well as damage caused to tyres, wheels, suspension and other vehicle components. The RAC has said it attends 1,000 pothole-related breakdowns each month.

Manchester council paid out the most last year: a massive £1,165,279 in damages, more than double that of Derbyshire, the second most hard-hit area, which was forced to pass on £500,965 of taxpayer funding to those affected by potholes.

In Brent, London, a motorcyclist received £20,500 for coming off their bike after running over a pothole, while a single incident in Stoke led to a payout of £63,000.

The FOI also revealed a gap in the amount of money each council spent on repairing potholes. Of the 10 counties that reported the lowest costs to repair a single pothole, eight were located in the north of England, including Oldham, Rotherham and Kirklees, who reported a cost of £27 to fix a pothole, compared to a cost of £232 reported by some areas in the south.

Inversely, eight of the ten counties reporting the most expensive cost to repair a pothole are south of the M25 London Orbital motorway. The list is largely made up of London boroughs, including Enfield, Hillingdon and Chelsea.

If a pothole is deemed Category 1 — a designation given to holes deeper than 4cm or wider than 15cm — Highways England aims to attend to it within 24 hours of it being reported in order to make the road safe, before carrying out a full repair within 28 days.

Category 2 potholes deemed to be “non superficial” have to be attended to within six months of a report, while “superficial” holes can be left by local councils to be repaired by future improvement schemes.

A survey published in February by IAM RoadSmart found that the number of potholes on the UK’s roads is fastest-growing concern among motorists, above texting at the wheel and drink driving.

Three in four drivers told the charity that they were more worried about them now than they were in 2017, while nine in ten said that they had been affected by a pothole in the last year.

In the 2020 Budget, Chancellor of the Exchequer Rishi Sunak announced a £2.5bn pothole repair fund, with £500m to be shared out between local councils each year for half a decade. Estimating that the cost of repairing one pothole is £50, the government said that the fund will be enough to repair 10 million potholes.

Announcing the allocation of the fund, transport minister Baroness Vere said: “We know potholes are more than just a nuisance: they can be dangerous to drivers and cyclists alike and cause damage to thousands of vehicles every year.

“The funding allocated today will help councils ensure roads in their area are kept up to standard and that the potholes that blight road users can be dealt with promptly.”

However, in March this year a study from the Asphalt Industry Alliance estimated it would cost more than £10billion to repair every pothole.