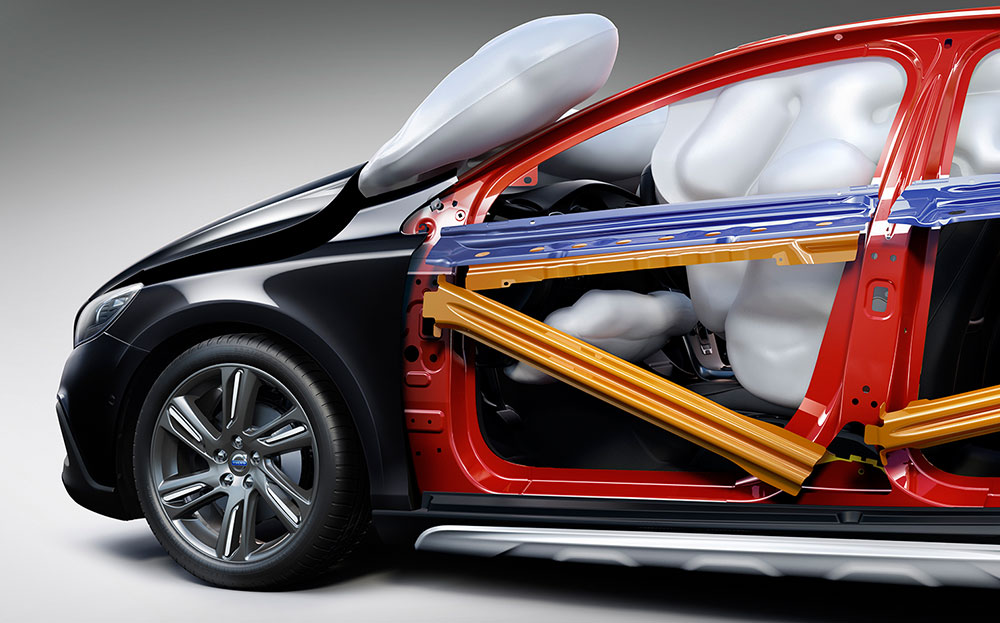 HAVE WE reached peak airbag? Nearly. New cars will soon be expected to have up to 23 airbags fitted as part of a road safety drive to cocoon car occupants in a crash and drastically cut the rate of deaths and serious injuries.

The full complement of 23 dwarfs the current average of around seven airbags and will protect occupants from every conceivable injury. Rear-seat passengers will be protected by frontal airbags that burst out of the back of the seats in front; airbags mounted between adjacent seats will prevent passengers from clashing their heads during a serious impact; knee airbags will become more common; and airbags in seatbelts, which help to prevent internal injuries, are predicted to take off. Radars and cameras currently used for the latest safety systems will trigger external airbags under each of the doors if a side impact is deemed unavoidable.

The increase in airbags is the result of tougher frontal and side-impact tests due to be introduced from 2018 by Euro NCAP. Experts claim that up to 23 airbags will be required to achieve a five-star rating.

ZF, a German car parts manufacturer, has revealed the range of devices that will better protect occupants and allow manufacturers to excel at the tests, which will also focus on improving protection for children in the rear.

Euro NCAP is introducing the tougher tests in an effort to return to the sharp falls in road deaths seen during the last decade. In recent years progress has stalled and even reversed. The latest annual figures from the Department for Transport recorded a 4% increase in road deaths between 2013, when 1,713 people were killed on the roads, and 2014, when the figure rose to 1,775. The American National Highway Traffic Safety Administration estimates that front airbags alone had saved 42,856 lives in the US.