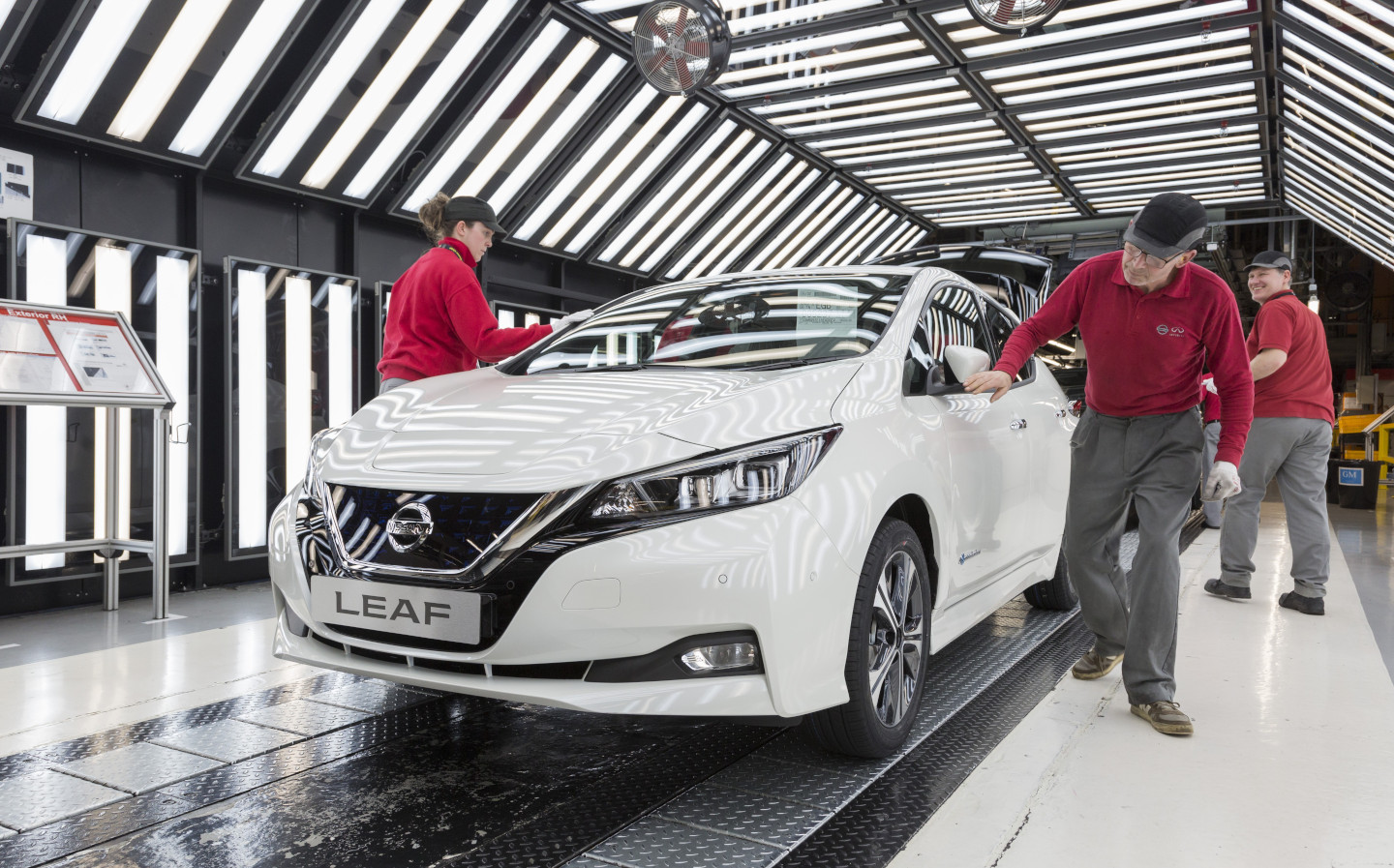 NISSAN has revealed that its plant in Sunderland has now produced more versions of its long-standing Leaf electric car than it did the Bluebird, the car maker’s popular saloon of the 1980s.

Production of the Bluebird in Sunderland, between 1986 and 1990, totalled 187,178 units, with each taking 22 hours to construct. The Leaf, meanwhile, has now rolled off the line 195,380 times, with each taking less than half the time to produce thanks to improvements in manufacturing processes (and no doubt the comparative simplicity of electric powertrains).

Alan Johnson, vice president of manufacturing at Nissan Sunderland Plant, said: “Bluebird was an iconic model for the plant and evokes fond memories among all Nissan enthusiasts.

“Leaf volumes overtaking Bluebird shows how dramatically our manufacturing innovation, skills and processes have evolved as we drive towards electrification.

“[It] is a landmark [moment] – but there are many more to come for our team at the plant as our electrified line-up grows.”

Nissan currently employs 6,000 people at its plant in Sunderland, making it the biggest car manufacturing plant in the UK. That number is up from just 430 in 1986, 19 of whom are still employed there now.

The factory’s future was for a time uncertain due to the prospect of tariffs associated with Brexit, as well as Nissan’s own commitment to reducing its annual spending by £2.3bn. The Japanese car maker in the end decided to close plants in Barcelona and Indonesia, sparking local protests, while investing further in the Sunderland factory to support its electrification plans.

The car maker has announced plans to augment the UK production facility with a 20 megawatt (20,000kw) solar farm that would make 20% of the energy the site uses completely renewable — enough to build every Leaf sold in Europe.

What is the Nissan Leaf? 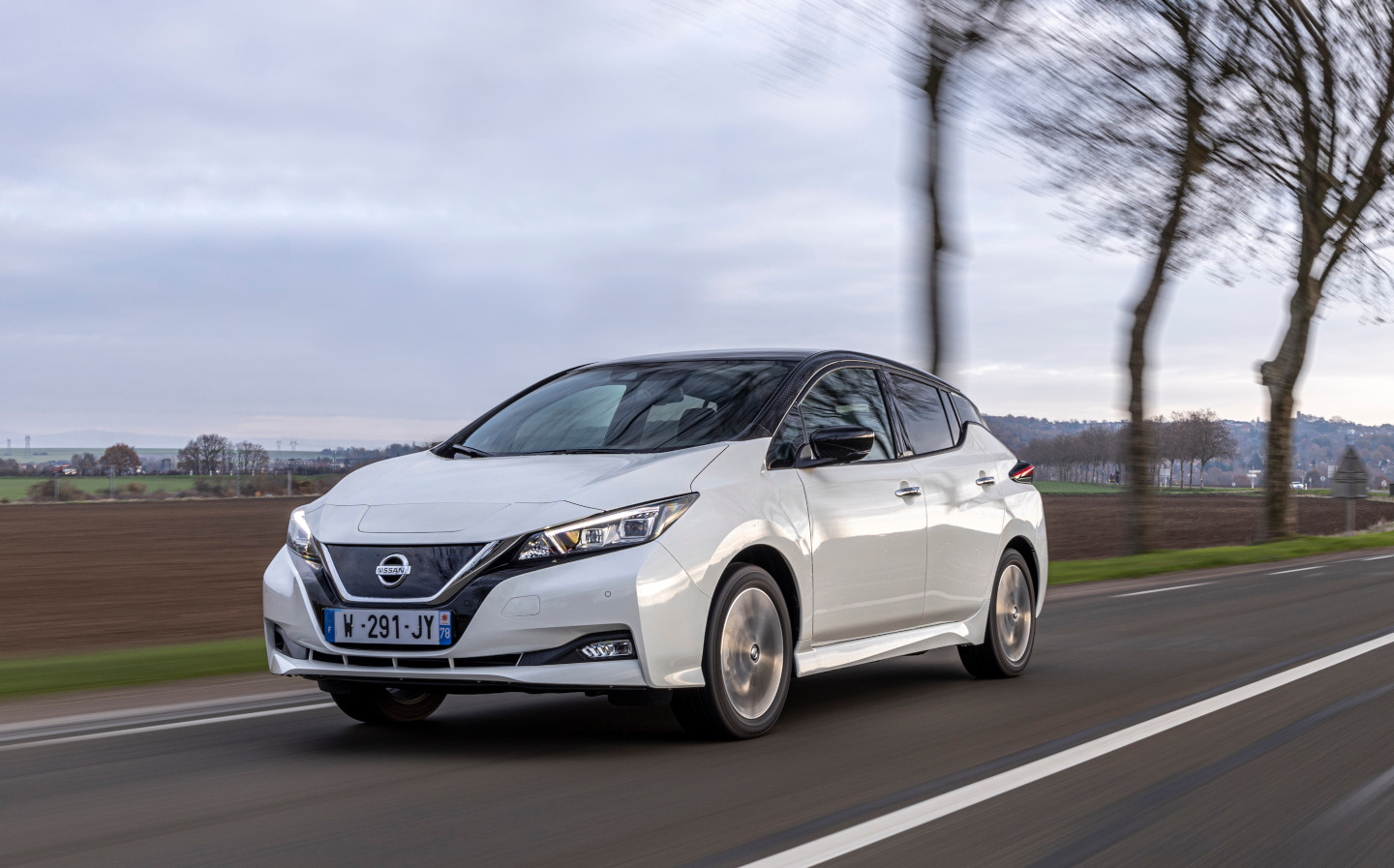 First hitting roads in 2010, the Leaf was one of the first electric cars to enter mass production, and for a long time held the title of the best-selling electric vehicle in history (it has since been usurped by the Tesla Model 3). In its 11 years on the market, the Leaf has sold more than half a million units.

In its original guise it was equipped with a 24kWh battery pack, which allowed a claimed range of 124 miles. This could be upgraded to a 30kWh battery, which gave an improved 150-mile range. The Leaf won World Car of the Year in 2011, as well as Car of the Year in Europe and Japan in the same year.

The incumbent second generation Leaf, meanwhile, comes with a 40kWh battery pack as standard, which allows a range of up to 168 miles. A more commuter-friendly e+ model comes with a 62kWh battery and 239 miles of range. Prices start from £27,345 including the government’s £2,500 plug-in car grant, which was last week cut from £3,000.

And what was the Nissan Bluebird? 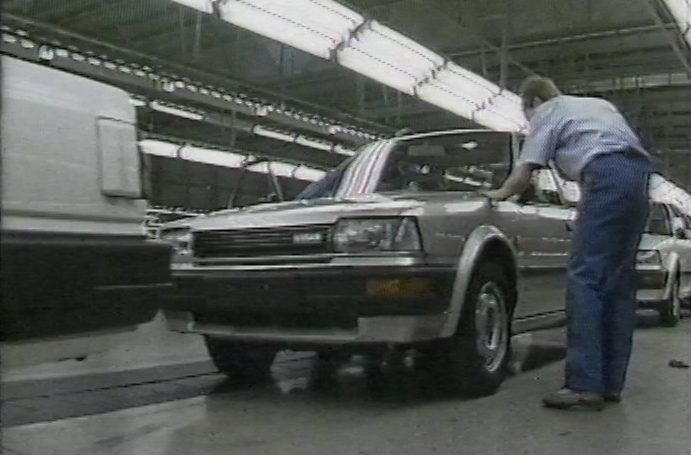 The T12 generation of the Bluebird was the first car to be manufactured at Nissan’s Sunderland plant, back in 1986, although the nameplate had been used on Japanese market cars for decades before that.

It was offered in 1.6-litre and 2.0-litre guises, with the 2.0-litre diesel proving especially popular. Equipped with that engine, the Bluebird did 0-60mph in 12.5 seconds — nearly double that of the Leaf e+.

The T12 quickly became a hit among families, while those of a certain age will remember the car as a popular choice for taxi drivers. Nissan estimates that around 300 examples of the Bluebird remain on the UK’s roads.