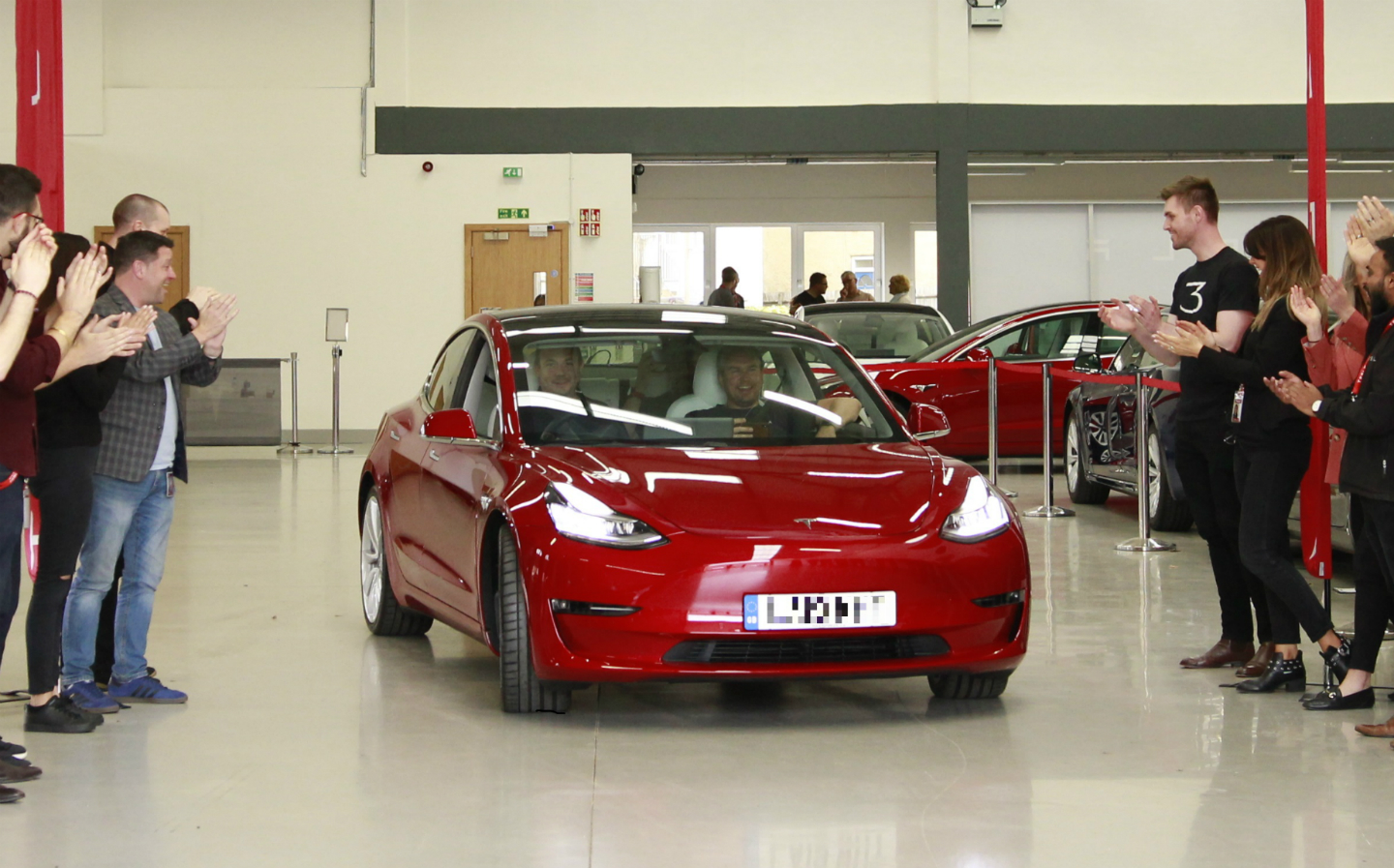 THE PATIENCE of Tesla Model 3 reservation holders in Britain has at last been rewarded, as the first deliveries of right-hand drive customer cars have begun in the UK.

The electric car maker first started taking reservations more than three years ago, and the pure-electric BMW 3-series rival has been roaming roads in the USA since July 2017. But it’s taken another two years for the Model 3 to make its way to the other side of the pond, after conversion to right-hand drive.

It’s a bit more expensive than originally intended, too: instead of the roughly £30,000 base price we estimated at the car’s unveiling in 2016, the Model 3 range starts at £38,900 at the time of writing, with the range-topping Performance model setting buyers back £48,590.

Model 3 customers may still feel like they’re getting exceptional value for money, though, thanks mainly to its mighty range between charges: 258 miles for the base model while the range-topping “Performance” model’s maximum range of 329 miles is one of the best you’ll find in any pure-electric car on sale right now.

It is also capable of being recharged at an incredible rate. The car maker is claiming up to 180 miles of charge per 15 minutes when using the latest “v3” versions of Tesla’s own “Supercharger” charging point.

The Model 3 is also compatible with third-party public charging points, meaning owners can top up in many more locations than is possible with the larger Model S and Model X SUV, which can only be plugged into third-party chargers if you buy a separate adaptor plug.

Like the other Teslas, the Model 3 is also amazingly practical, with extra luggage space under the bonnet where, in a traditional car, you’d find an internal combustion engine, and lots of room in the cabin and boot thanks to the battery pack being hidden under the floor.

Fans of button controls probably won’t be too fond of the Tesla Model 3’s interior, however, as a majority of the controls are operated through a huge touchscreen display in the centre console. With information such as the car’s speed and battery range also displayed on the central touchscreen, the minimalist interior even does away with a traditional instrument binnacle in front of the driver.

Perhaps the Tesla Model 3’s most valuable attribute right now, though, is that it has the market mostly to itself for the time being. At the time of writing, it’s the only pure-electric saloon on sale in the UK, with rivals such as the Polestar 2 and BMW i4 not set to go on sale until 2020 at the earliest. Kia and Hyundai have long-range affordable electric crossovers, but slow supply from Korea means a wait of 12 months if you were to order one today.

Behind the scenes of the new Tesla Model 3 launch: the £30,000 electric BMW 3-series rival