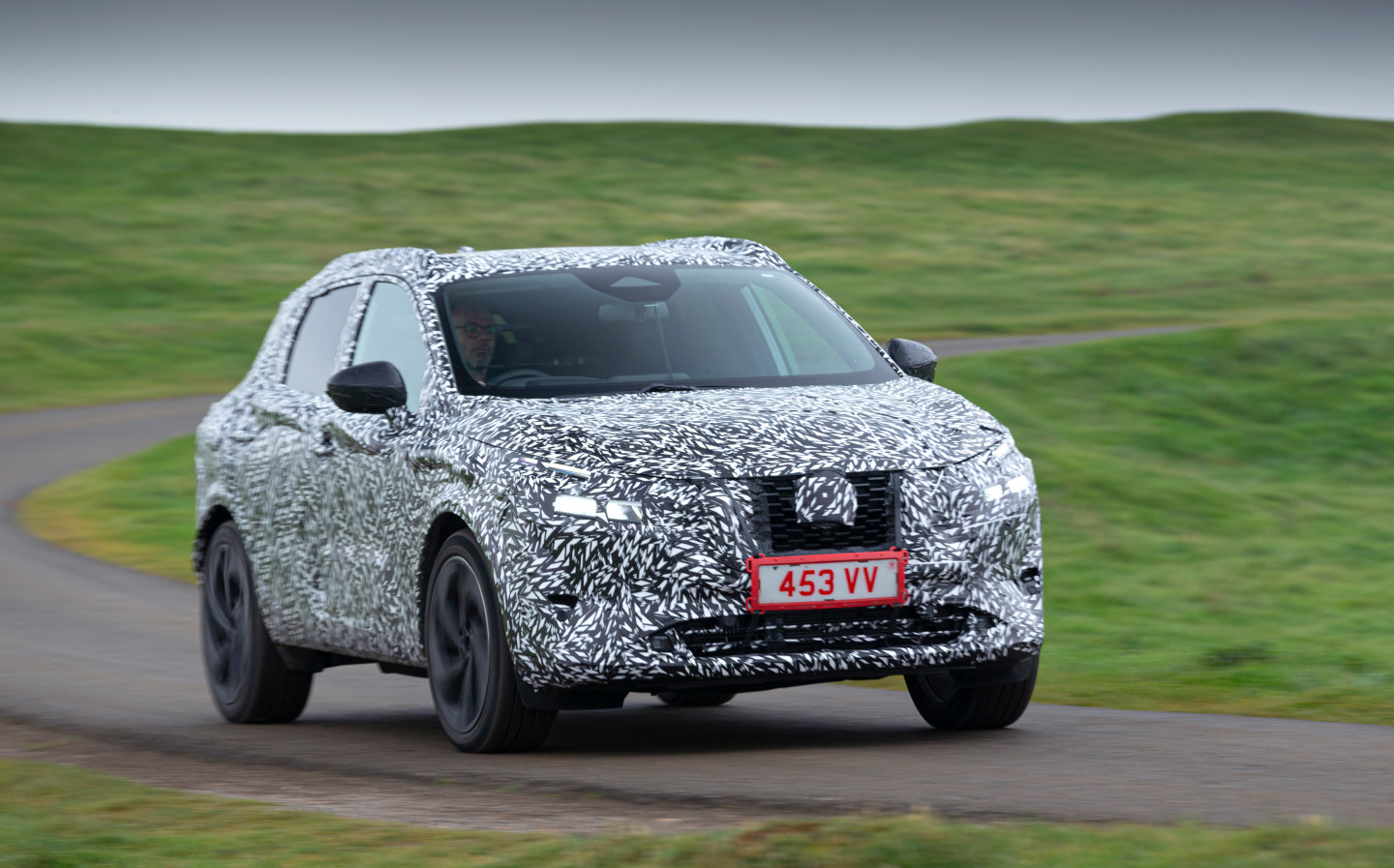 THE FIRST details about the new 2021 Nissan Qashqai have been revealed, and the crossover SUV can be seen in camouflage form ahead of its Spring release.

The Nissan Qashqai was first launched by the Japanese car maker in 2007 and has retained its title as the most popular mid-sized SUV in a very competitive market. The Qashqai has been present on bestseller lists for years, and currently sits at seventh on the “best-selling cars of 2020” list — the highest of any SUV. In total, five million Qashqais have been sold around the world, with around three million of those headed to Europe.

The outgoing iteration of the Qashqai has found more than a million homes since it was launched in 2014, according to Nissan, so the car has ensured its winning guiding principals have also gone into the design of the new car. This comprises “elegant design, enhanced packaging and efficient powertrain, combined with elevated quality and a driving experience from a higher segment”, says the brand.

On a more tangible level, though, the third-generation Nissan Qashqai is slightly larger than before (although not significantly) while weight has been reduced using new materials — a composite material used in the hatchback door, for example, saves 2.6kg on the outgoing model, while the doors, bonnet and wheel arches are made from aluminium, saving 21kg. When all of these individual efforts are taken into account, the new 2021 Nissan Qashqai weighs 60kg less than its predecessor. 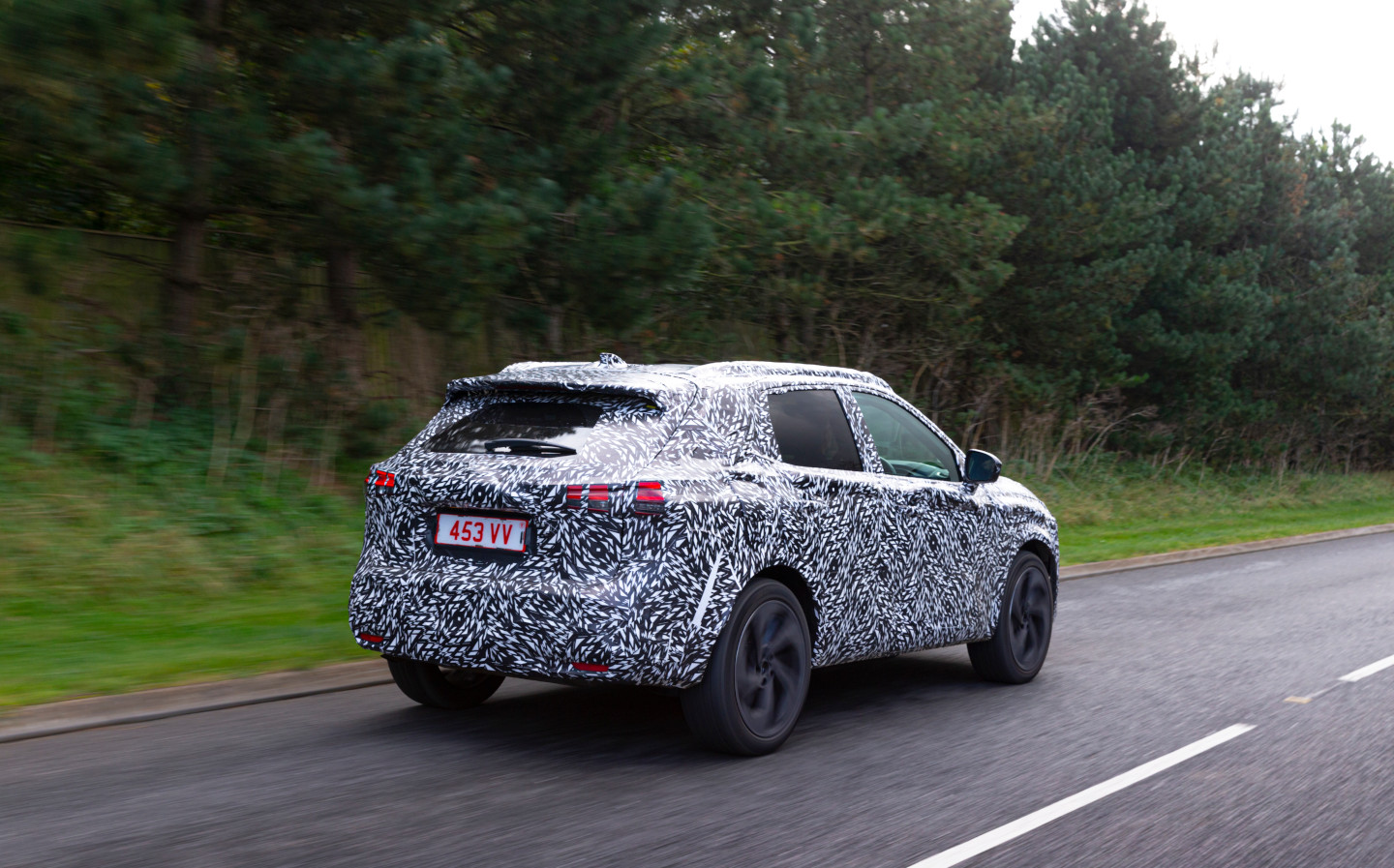 Meanwhile, Nissan increased the use of Ultra High Strength Steel (UHSS) by 50% to improve structural rigidity, so the new Qashqai is 41% stiffer than the old one.

Suspension has also been updated to give the new model a more “solid feel” on less forgiving road surfaces. Models equipped with wheels up to and including 19in have been equipped with torsion beam rear suspension but four-wheel drive and 20in wheel models get a more sophisticated multi-link set-up, which Nissan claims will offer a “best-in-segment” balance between comfort and response.

Two powertrains have been announced — notably with no diesel option. The first is a mild-hybrid set-up that features a 1.3-litre petrol engine working in concert with a floor-mounted electric system that recuperates energy used under braking for use power the car’s electrical systems. The full hybrid Nissan Qashqai e-Power pairs an electric motor to the engine,  allowing very limited electric-only driving. Further details of both powertrains will be revealed closer to the launch next year.

Unsurprisingly, a suite of driver assist systems will also be made available, including “ProPilot with Navi-link”, which can speed up and slow down, keep in lane and read external cues like road signs, mixing the sensor information with GPS data to slow the car to the correct speeds as required. The technology will be made available on trims including and above the mid-level N-Connecta.

Further details of the new Qashqai will be unveiled closer to the car’s release.

Interested in the new 2021 Nissan Qashqai? Check out the details of the Ariya, Nissan’s first pure-electric SUV, packing a range of 310 miles.