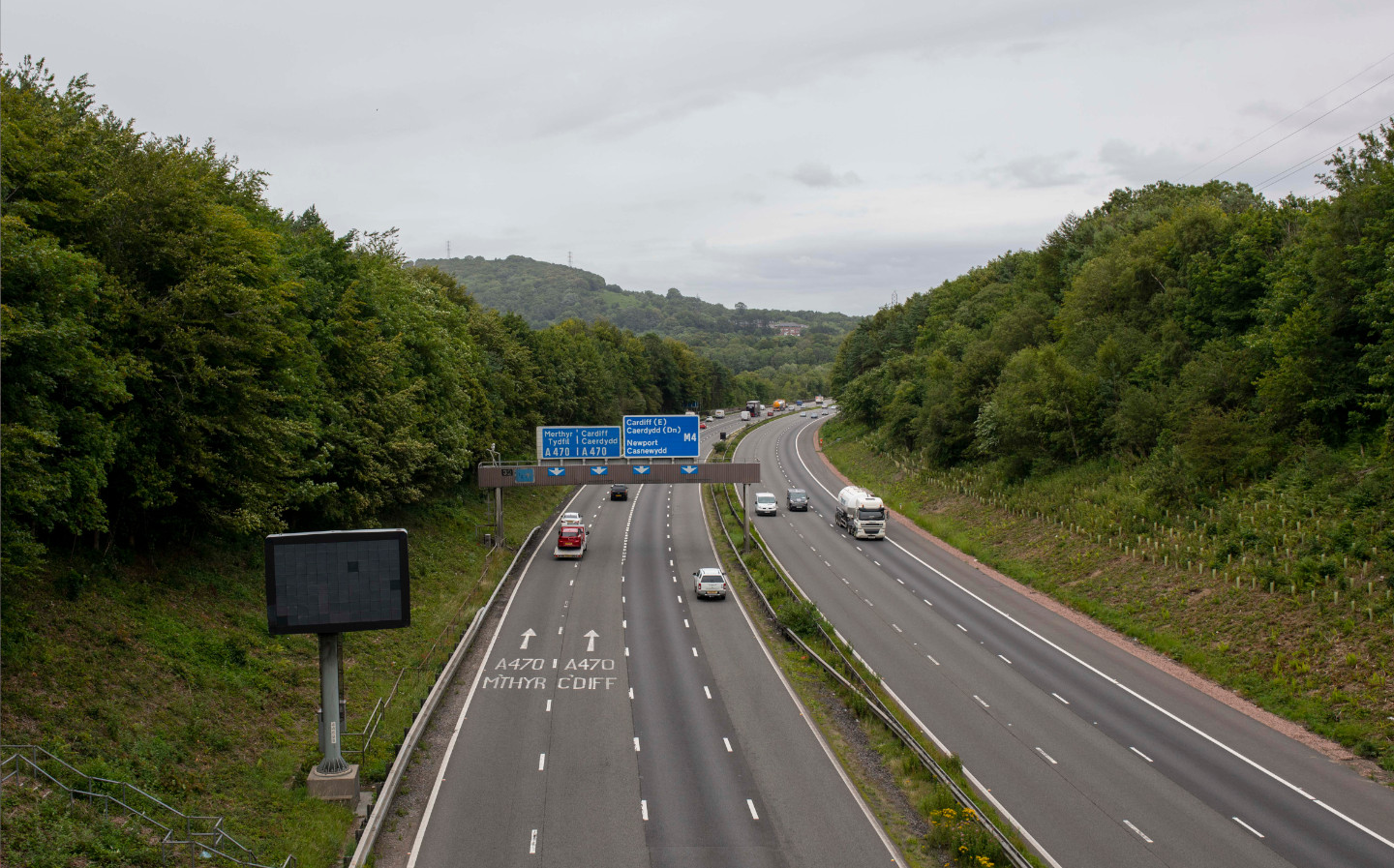 LOWER speed limits introduced on high-pollution stretches of the Welsh motorway system have cut in half the levels of harmful emissions in local areas.

Figures obtained via Freedom of Information request by Highways magazine found that, on lengths of motorway in Wales limited to 50mph by speed cameras, levels of toxic emissions fell by up to 47%. It has already been announced that officials in England are planning to implement similar systems.

According to the magazine, people often disregarded the reduced speed limit stretches when they were introduced on five sections of Welsh motorway in June 2018 — even when signs were put up explaining that travelling at lower speeds would improve air quality. A year after the low-speed stretches were implemented on the A470 between Upper Boat and Pontypridd, nitrogen dioxide (NO2) emissions had only fallen by 3.4 micrograms, from 82 micrograms in February 2018 to 78.6 micrograms in February 2019.

However, once speed cameras and average speed checks were introduced on the road, emissions in the local area fell by 47% compared with the 2018 stat. When NO2 levels were measured on the stretch in February 2020, they had fallen to 43.2 micrograms. Highways did not request data from after February 2020 to make sure results weren’t skewed by the reduced levels of traffic resulting from the coronavirus pandemic.

Initially, trialling of a similar system will be launched on four stretches of motorway in England, which will see speed limits lowered from 70mph to 60mph using round-the-clock enforcement. The Times reported that it could be rolled out to up to 100 areas within the next few years. The four areas that will be trialled are the M6 near Birmingham, the M1 at Rotherham, the M602 near Eccles (in Greater Manchester) and the M5 at Oldbury (in the West Midlands).

Highways England estimated that the scheme could lower emissions by around 17% but the Welsh stats show that it could in fact be far higher.

According to the European Environment Agency (EEA), even reducing European motorway speed limits from 120kph (74.5mph) to 110kph (68.4mph) could cut the fuel consumption of passenger cars by 12-18%, assuming smooth driving and speed limit compliance. Fuel consumption in cars rises exponentially from about 80kph (50mph) because of increased air resistance. Different vehicles have different optimal speeds for fuel consumption, but the range tends to be around 35-50mph.

Germany’s Green Party has vowed to introduce speed limits on its Autobahns (speed limit-free highways held sacred by some petrolheads) if it is voted into power.

The Times also noted that industry figures like Edmund King, president of the AA, have said that most drivers understand the need for lower speed limits in some locations but oppose a wider rollout of the system.

Five ways car makers are becoming kinder to the environment