MORGAN, the British manufacturer of distinctly classic looking sports cars, has taken the wraps off an extreme limited-edition model called the Plus Four CX-T – and it’s set to go where no Morgan has ever ventured before.

The Worcestershire company teamed up with Dakar specialists, Rally Raid UK, to create the most radical interpretation yet of its sports car formula, one designed for “overland adventure.”

Based on the standard Morgan Plus Four, which debuted the company’s new bonded aluminium structure in 2019, the CX-T (T for “trial”, referencing the early motor sport successes of Morgan’s cars in off-road racing) represents an extensive overhaul of one of Britain’s most distinguished roadsters.

Rugged off-road tyres are fitted to enhance all-terrain grip and raise the ground clearance (a claimed 230mm), while specialised suspension components based on motor sport components are designed to take a pounding. Of course, the bodywork has been reprofiled to allow for more wheel travel over rough ground.

More subtle changes to the Plus Four’s exterior include a raised air intake and bonnet line, the former to enable wading through deeper water and the latter to help enhance engine cooling.

A bespoke exhaust system was created for the CX-T, too, exiting sideways behind the rear wheels to allow for a better departure angle – the maximum ramp angle from which the car can descend backwards.

Along with a new composite roof, the CX-T’s profile is altered by the addition of a sturdy external roll cage. It doubles up as storage for the removable side windows — or even bikes and surfboards — and is topped off by four bright spotlights for off-road night driving. 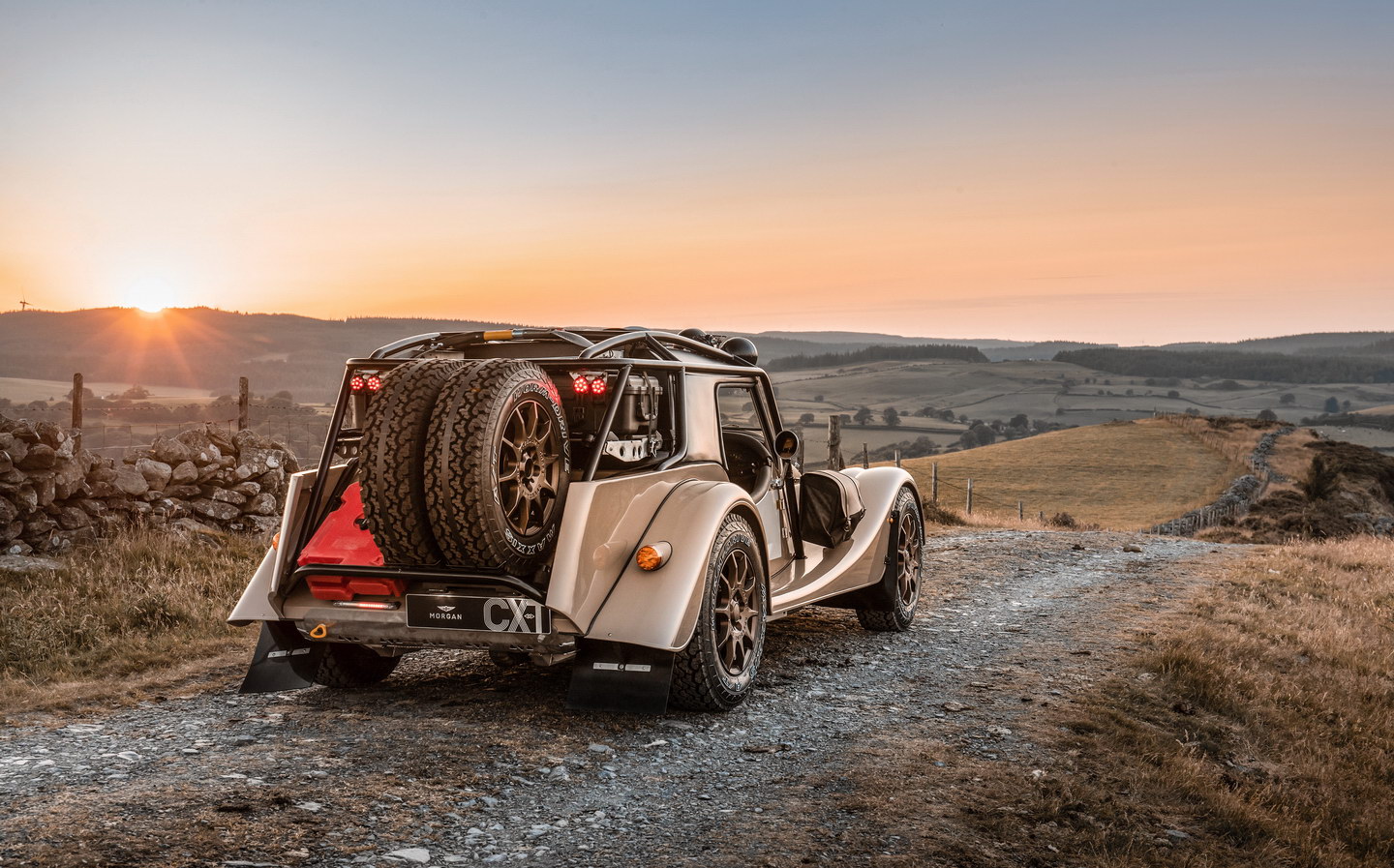 The rear of the Plus Four has been completely redesigned in the name of extra storage. Along with fuel and water tanks, there are tough-going Pelican luggage, easy-access Rotopax containers for water and fuel, space for a shovel and recovery mats for extricating the car when stuck. And, most obvious of all, two full-sized spare wheels and tyres.

Underneath, the CX-T gets five-piece underbody protection, including a 6mm-thick aluminium plate under the engine bay at the front.

Despite appearances, the Morgan Plus Four CX-T is not a 4×4. It still sends power exclusively to the rear wheels, just as in the regular road-going version. Nonetheless, a BMW-supplied locking differential is fitted, which should help keep the car moving, even on tricky surfaces.

Under the bonnet of the standard Plus Four is a 2.0-litre BMW engine producing 254bhp, which can be paired with manual or automatic gearboxes. It is assumed that both will be offered to buyers of the CX-T. 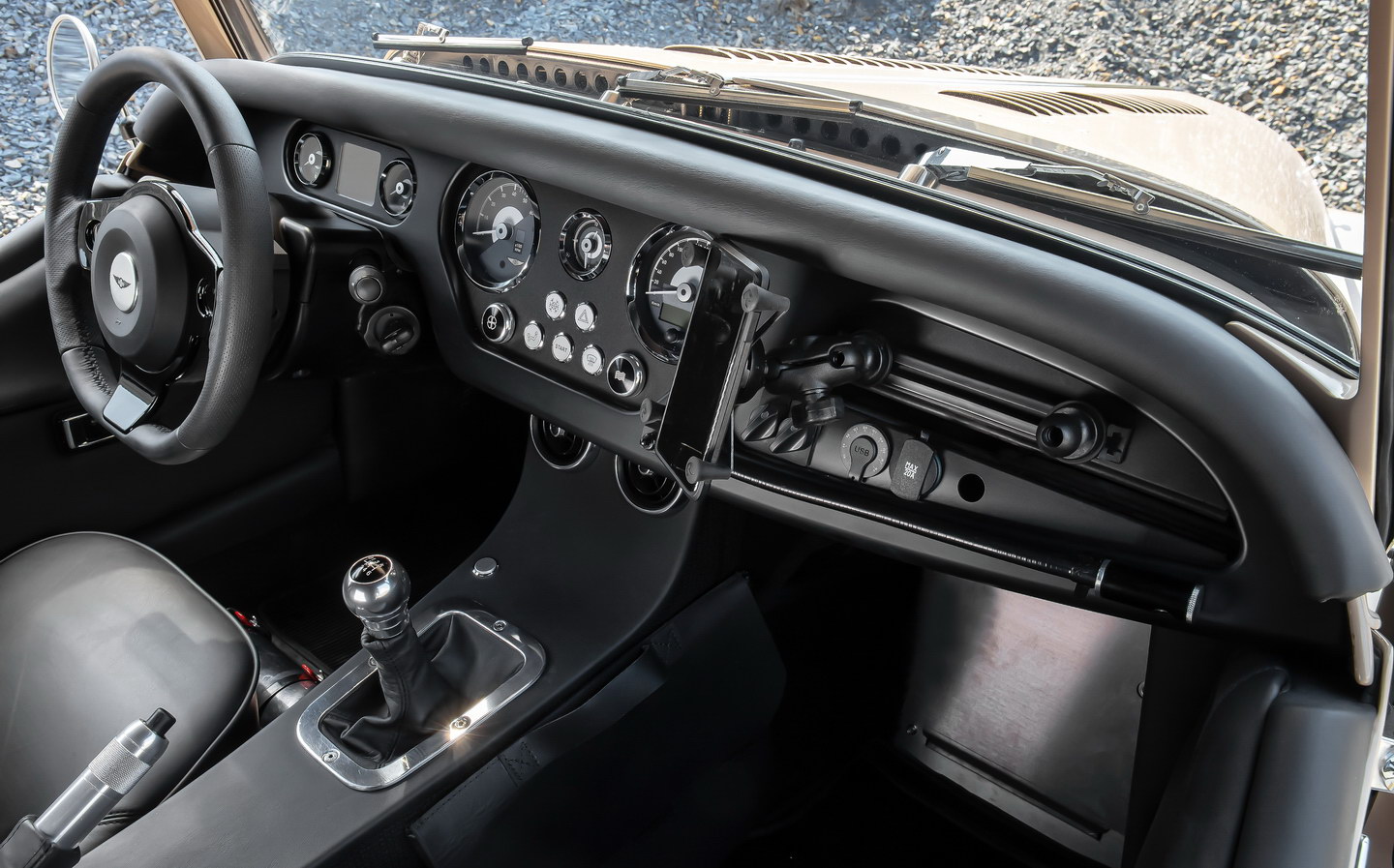 In fact, the specification of each version will be chosen by the customer in consultation with the factory in Malvern, as only eight examples will be built, each at £170,000 plus local taxes. That makes it over £200,000 in the UK, or about three times as expensive as a standard Morgan Plus Four.

We wonder what James May makes of the Morgan Plus Four CX-T; the TV presenter built a similarly-rugged version of the Caterham Seven 310R for last year’s The Grand Tour special in Madagascar, and didn’t have a terribly nice time for much of the trip. No doubt Morgan was watching.