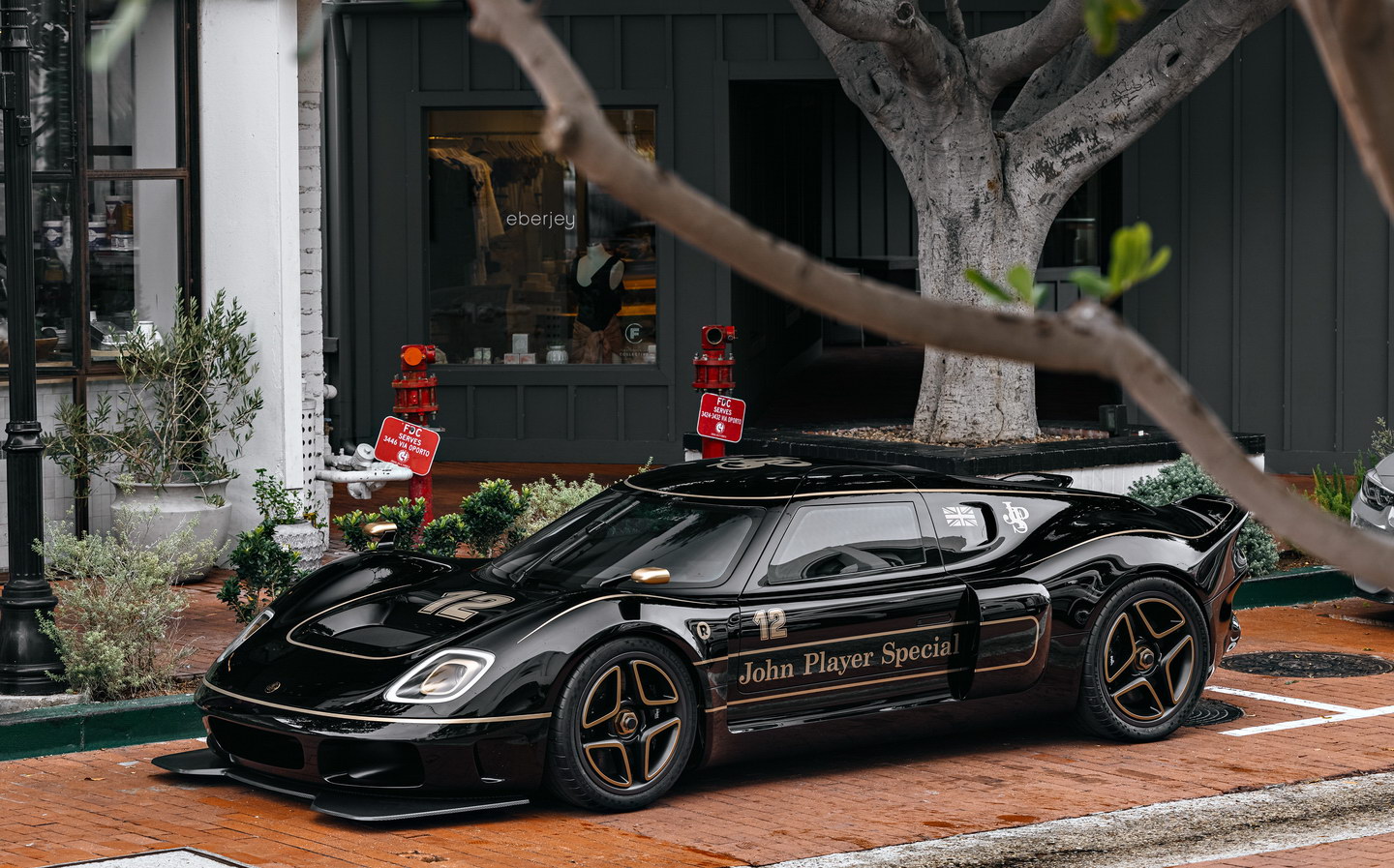 The John Player Special (JPS) Type 62-2 differs in a number of key ways from the other “Classic” and “Gold Leaf” examples that make up the rest of Radford’s Type 62-2 range.

Visually, the JPS version is more dramatic. The coachbuilder has made its front splitter much more pronounced; the air intakes are larger to provide cooling to the uprated engine; and the size of the rear diffuser has been increased for greater downforce, underscoring the JPS’s more track-focused approach.

Ten layers of black paint coat the body with a hand-painted gold pinstripe applied on top, just beneath the clearcoat.

The 3.5-litre V6 engine now produces 600bhp thanks to upgraded pistons, con-rods, camshafts and a larger supercharger. That’s up from around 500bhp on the Gold Leaf model and 430bhp on the Classic. 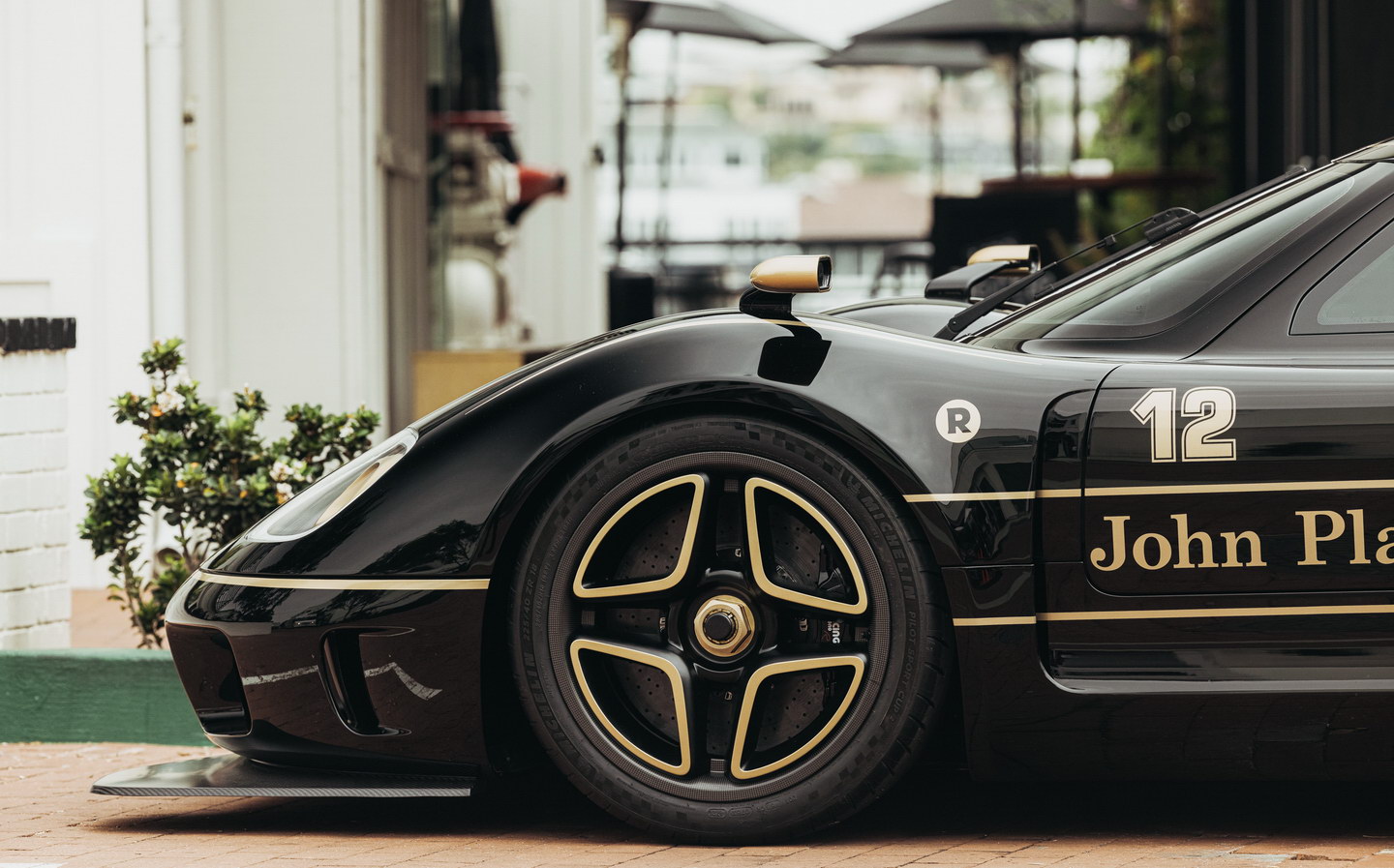 Radford hasn’t released any interior images yet but says that there’s enough space for two people, and a six-inch digital display has been used instead of a traditional analogue driver’s display.

Although other Type 62-2s have been equipped with comforts including Wi-Fi connectivity and a five-speaker sound system, it remains to be seen whether the JPS models with their increased emphasis on track performance will provide a more spartan, lightened, stripped-down experience.

Button said: “The JPS Type 62-2 is even more dynamically focussed and extremely capable on both road and track – it’s very light, very fast and nimble – a proper assault on the senses that will hold its own among even the most accomplished track cars. Naturally, it is also embellished with all of the high-end touches of a bespoke coachbuilder such as Radford.”

Radford originally began as a coachbuilder in London in the 1940s, building custom Bentleys for the landed gentry. It rose to greater prominence in the 1960s when it began imbuing Mini Coopers with Rolls-Royce levels of luxury, finding customers among the newly-emerging celebrity classes including all four members of The Beatles.

Other Radford projects included a number of tastefully-converted Aston Martin DB5 shooting brakes, though by the end of the 1960s the business had gone bankrupt and had disappeared totally by 1975.

The most recent, Los Angeles-based revival of the Radford name comes at the hands of a grouping comprising a number of businessmen and British car designer Mark Stubbs, who is largely responsible for the Type 62-2. 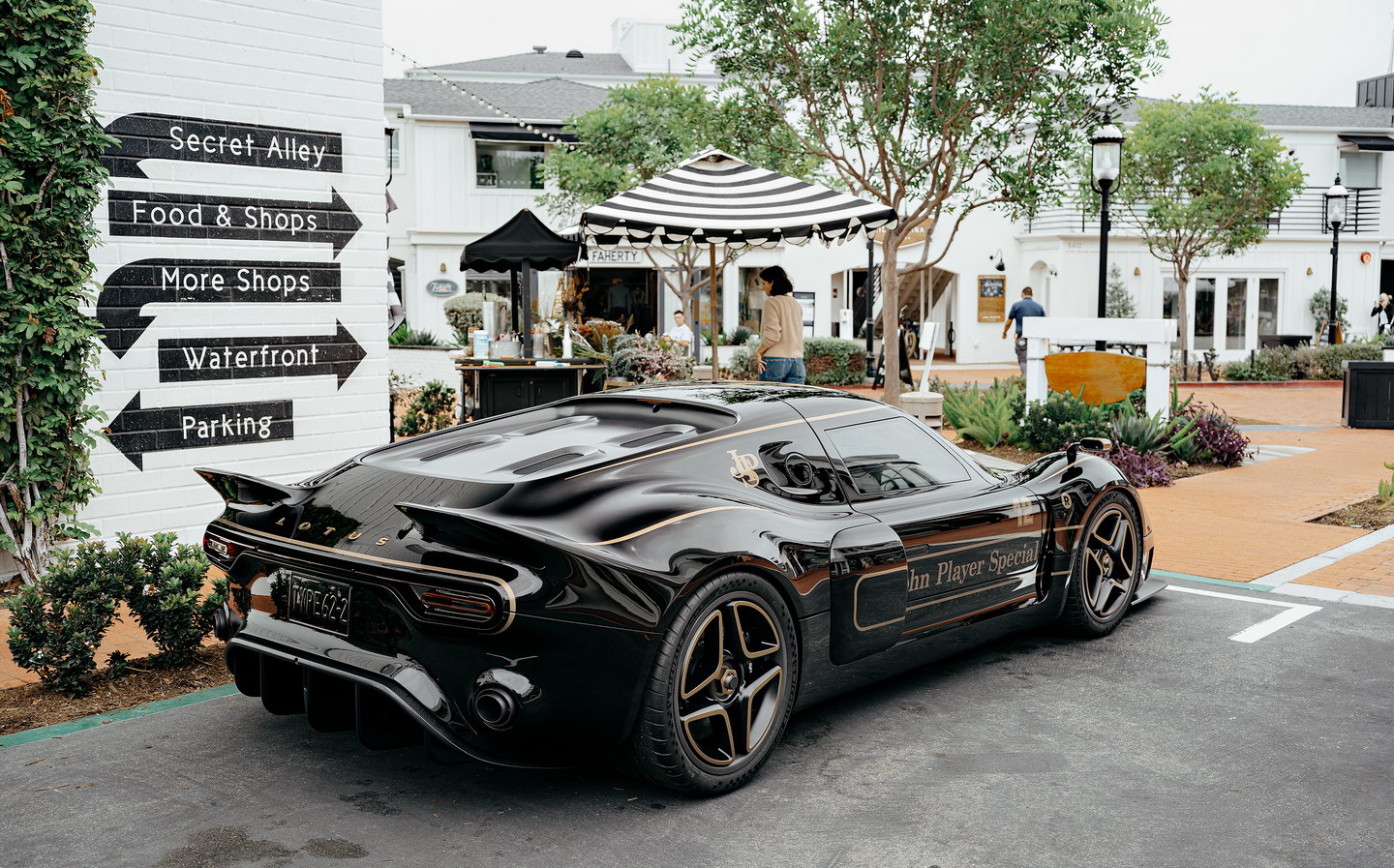 Former F1 world champion Button provided input into the car’s development and driving experience, while Anstead is also involved in the construction and build of the Type 62-2.

Radford’s JPS Type 62-2 will make its public debut at the Goodwood Revival next week.