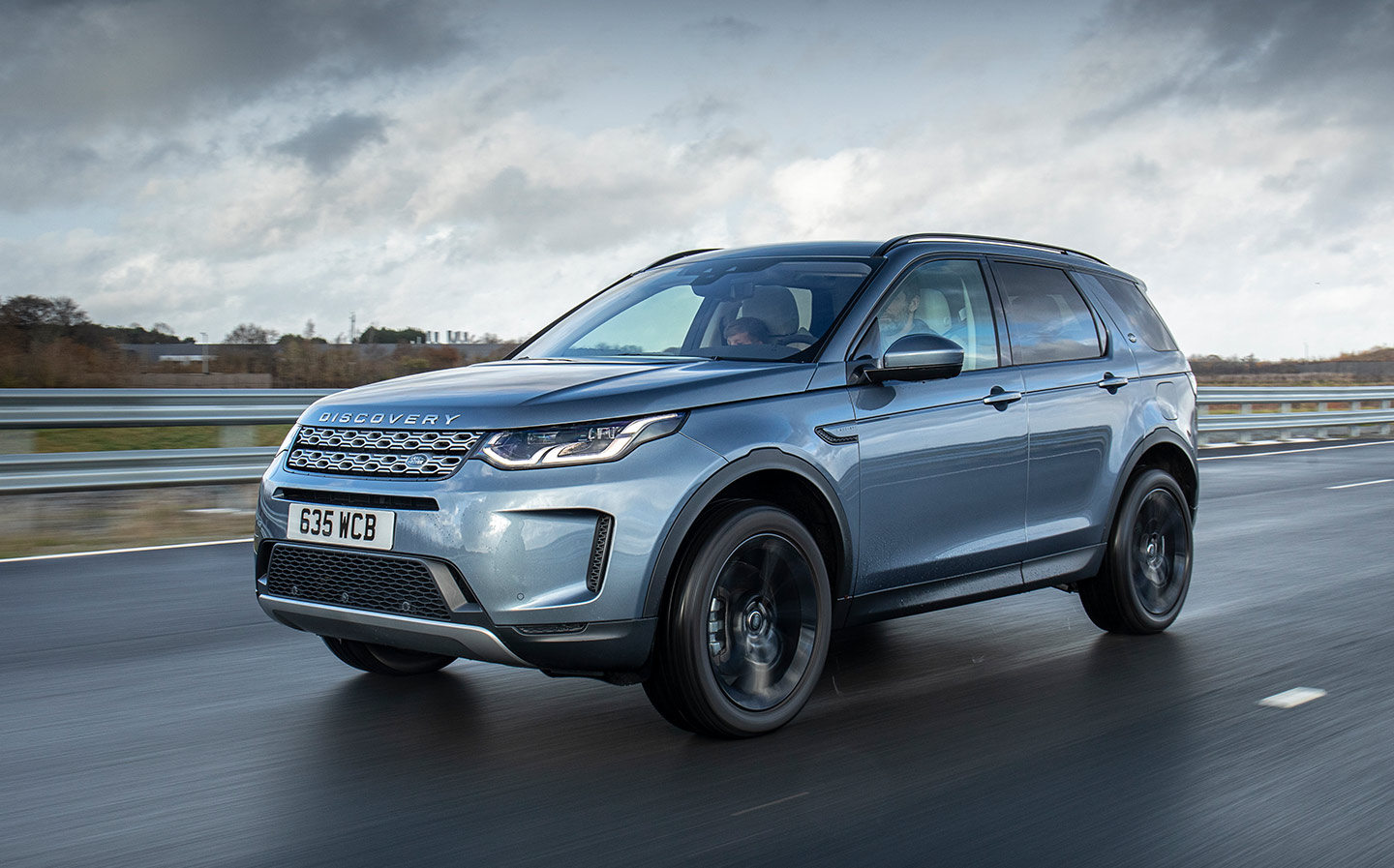 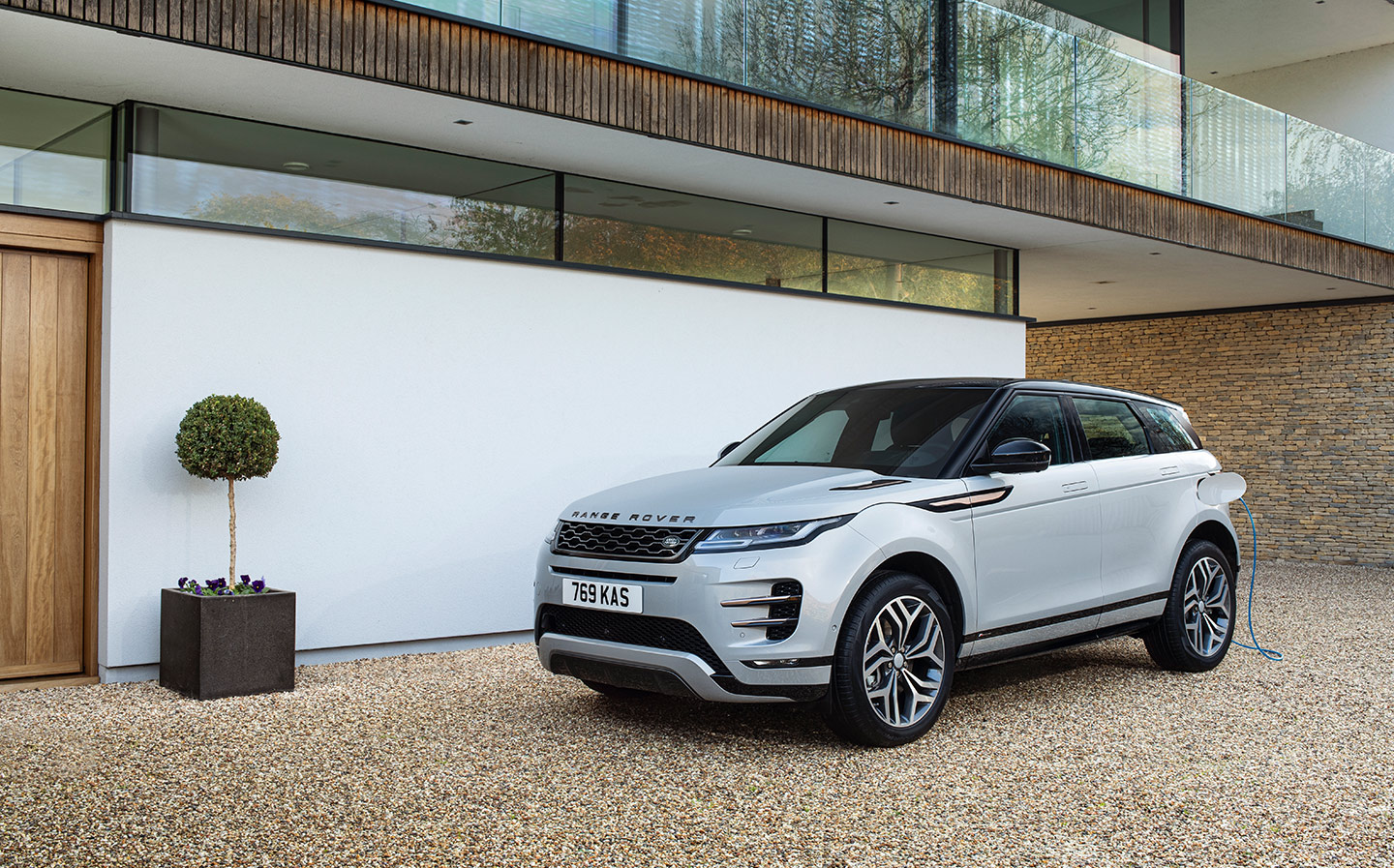 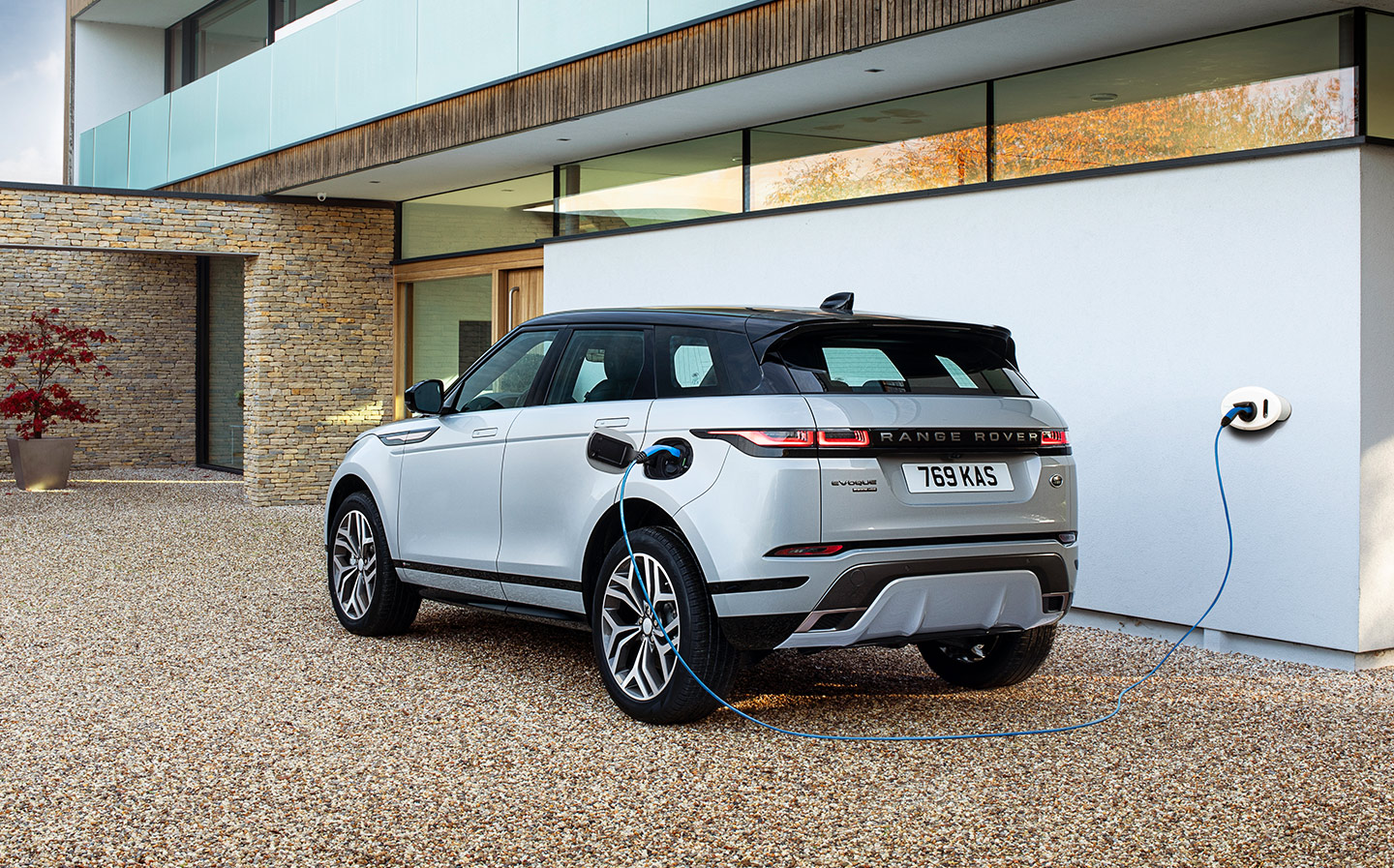 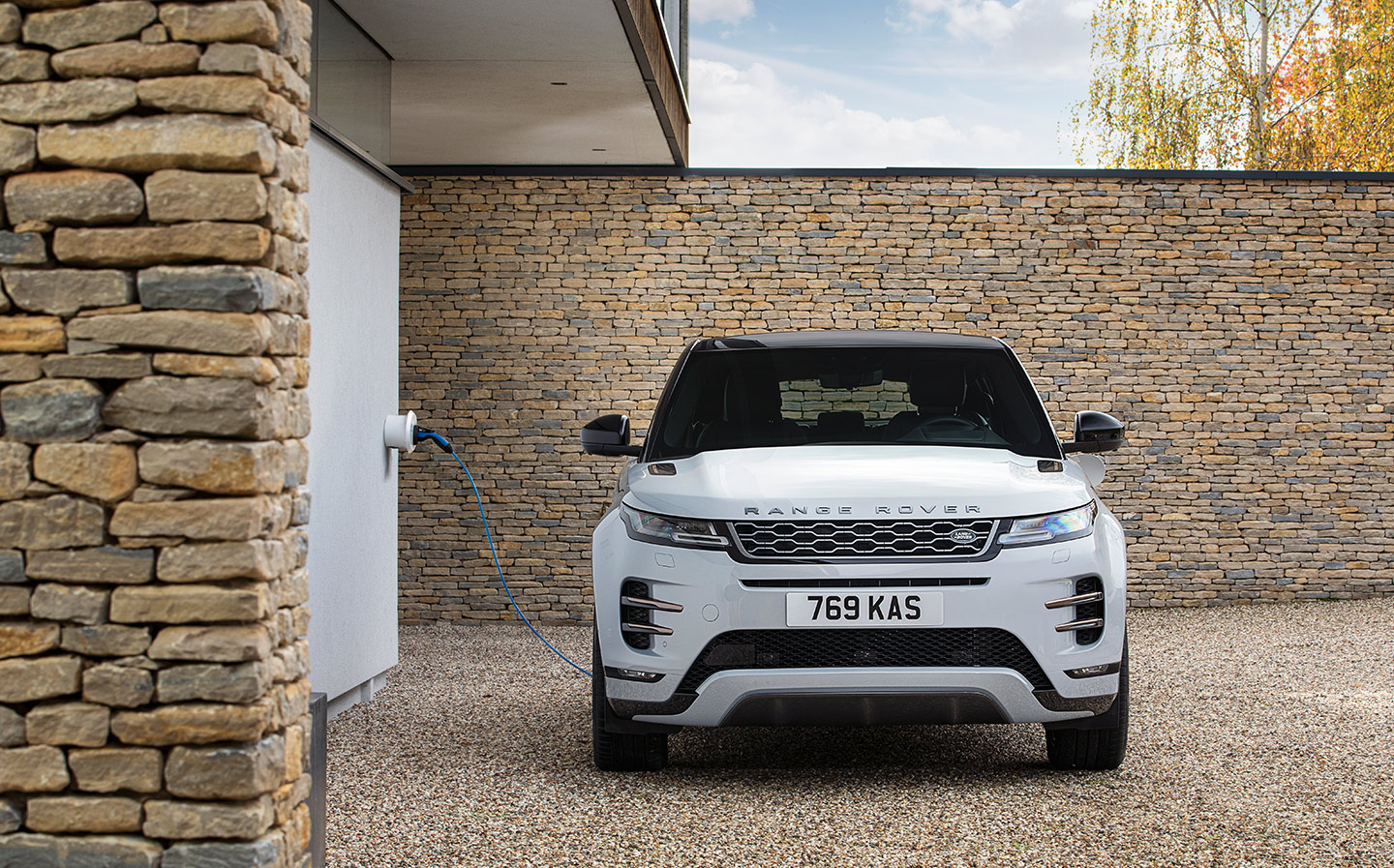 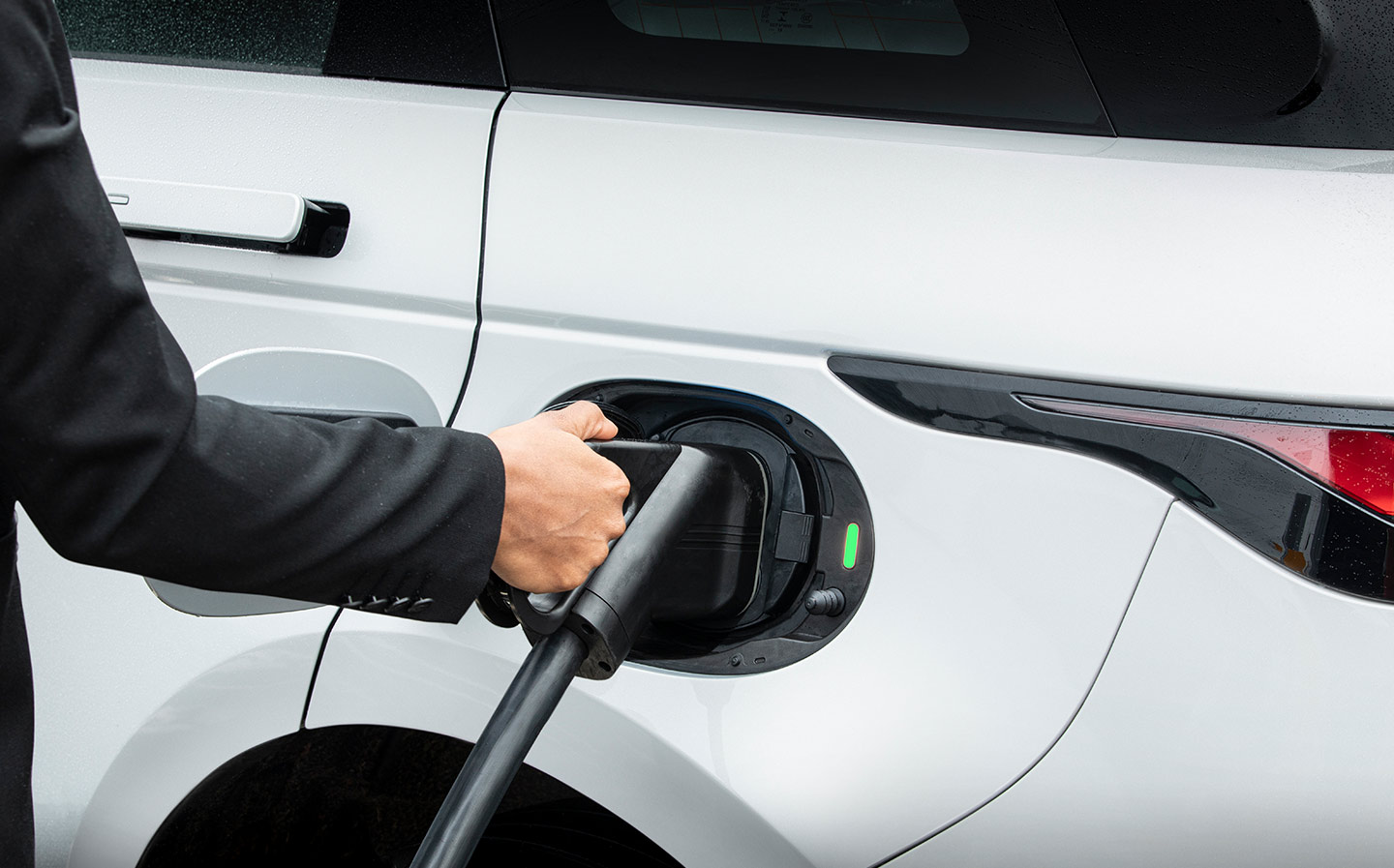 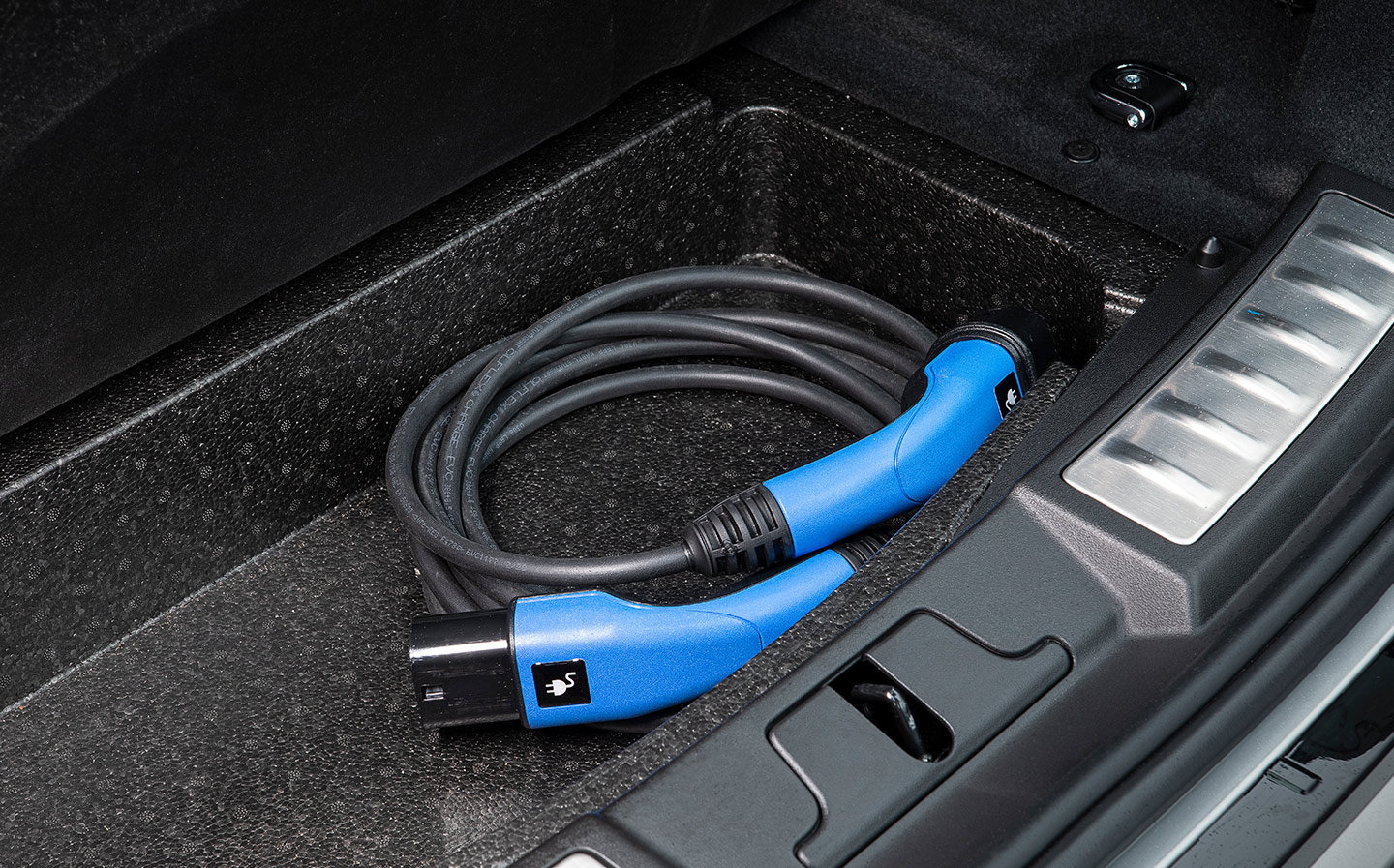 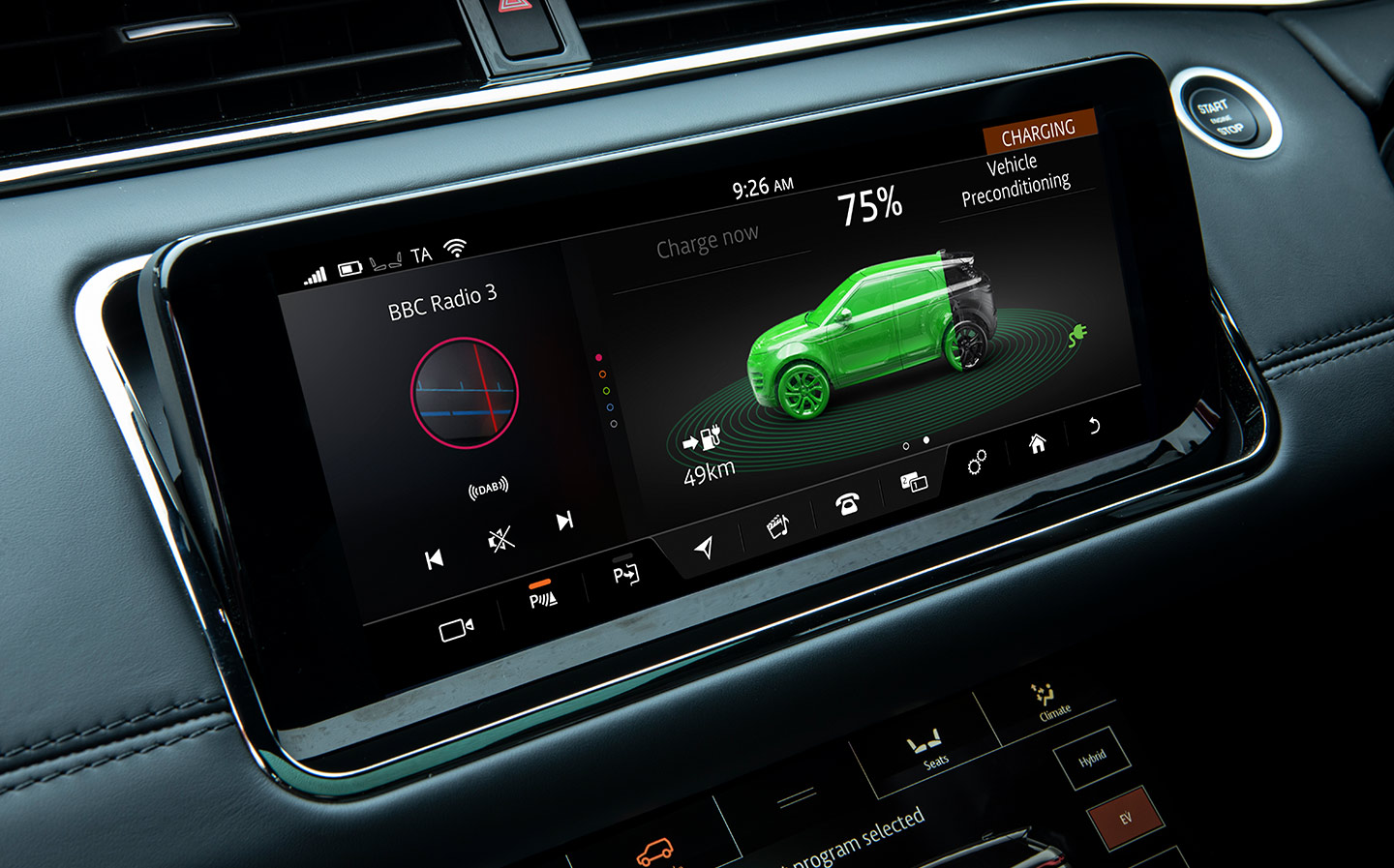 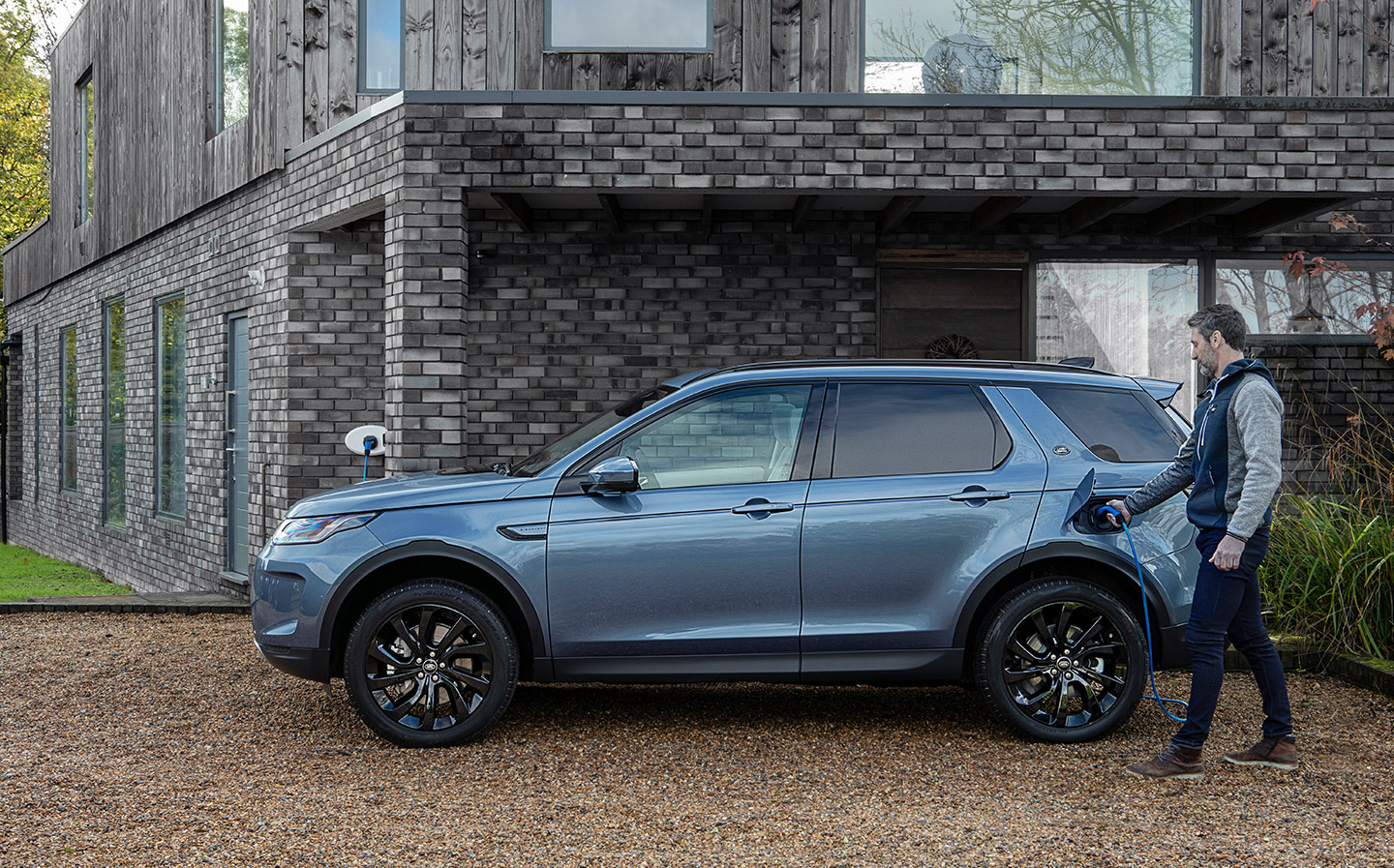 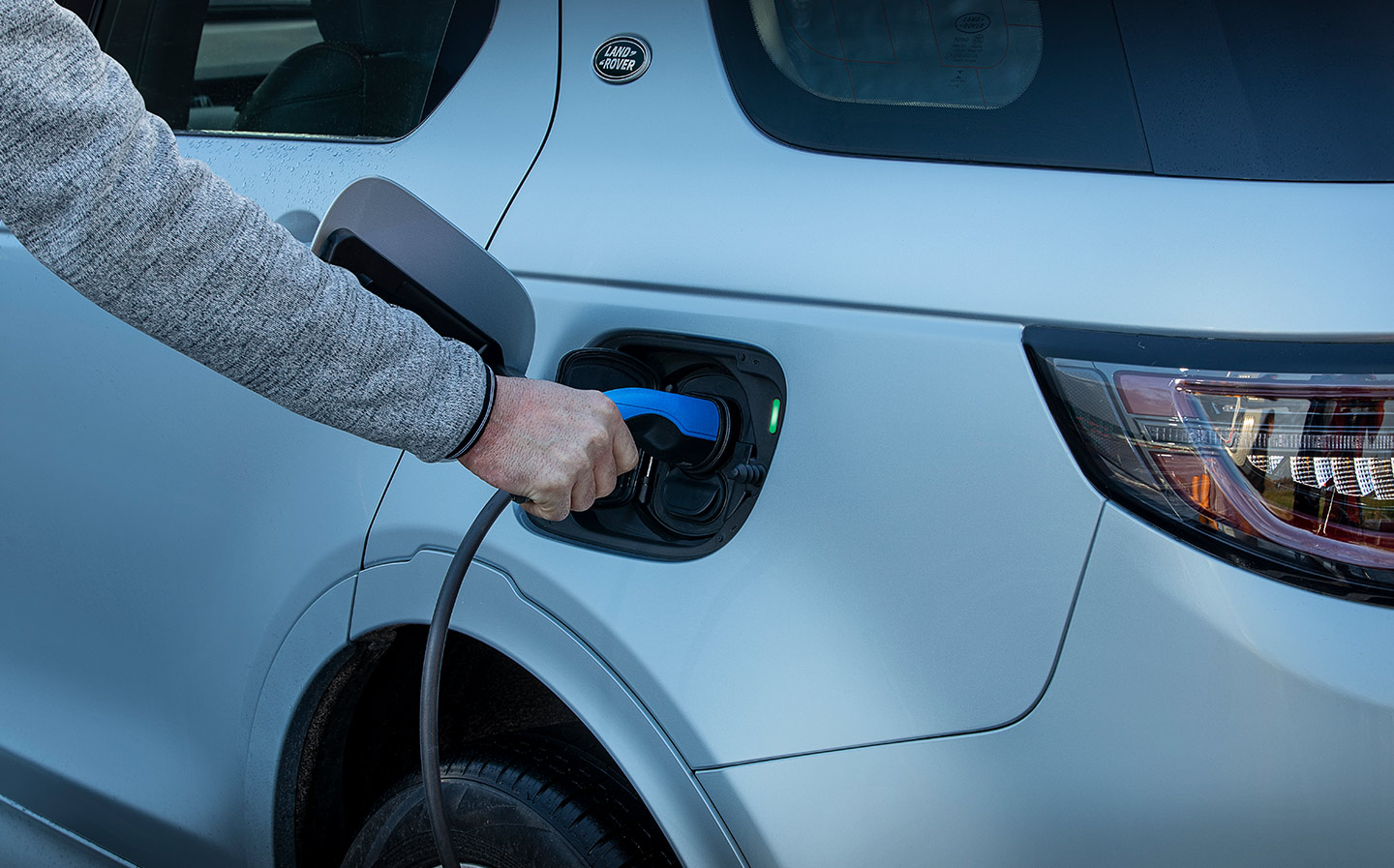 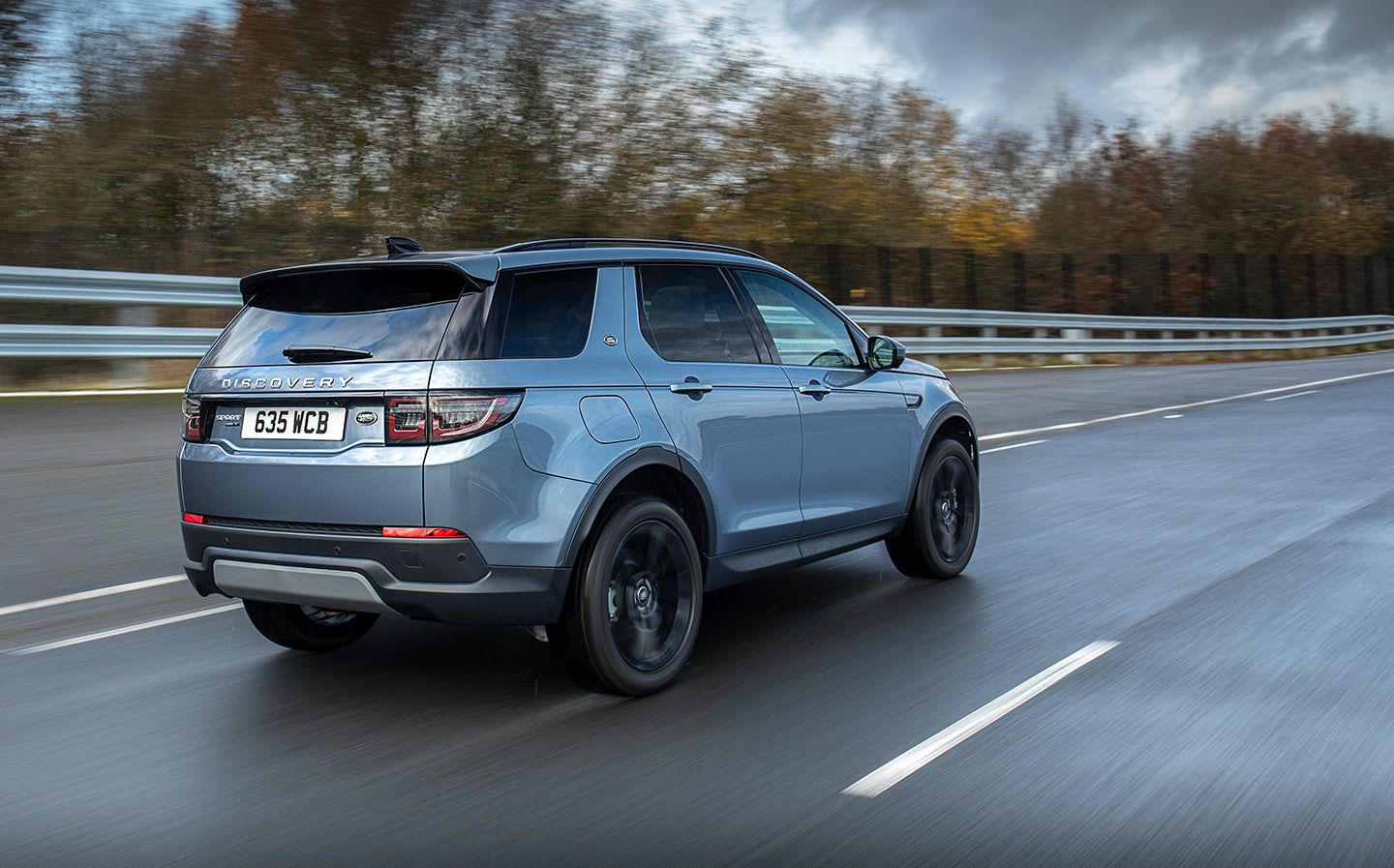 WHEN THINKING about premium SUVs and off-roaders many wouldn’t consider “environmentally friendly” to be one of their selling points, but new plug-in versions of the Range Rover Evoque and Land Rover Discovery Sport are the latest examples of big cars that offer low emissions (potentially).

The plug-in hybrid (PHEV) models follow the larger Range Rover PHEV in joining the Land Rover line-up, and are stablemates of the 48-volt mild-hybrid versions (which cannot be plugged in).

The biggest advantage of the plug-in models is that they boast a zero-emission electric range of up to 41miles, meaning many fewer trips to the petrol station for those plugging in at home overnight. Fuel savings could be significant, given the average commute in the UK is 18.8miles per day. Average fuel economy is officially 201.8mpg for the Evoque PHEV and 175.5mpg for the Discovery Sport PHEV.

For private buyers there’s zero road tax to pay in year one. However, as both models cost more than £40,000, they’re subject to a premium car VED surcharge of £325 a year for years two to six, on top of the £140 charge for “alternative fuel vehicles”, which is only a saving of £10 per year compared with a traditional petrol or diesel version.

The new P300e models are powered by 1.5l three-cylinder Ingenium petrol engines, working in conjunction with an electric motor. The combined power output for both cars is 305bhp, with 398 lb ft of torque, which allows a 0-60mph time of 6.1sec for the Evoque and 6.2sec for the Discovery Sport.

Both will reach a top speed of 82mph using electric power alone, meaning that short emission free motorway commutes are also possible, though travelling at those kinds of speeds under electric power would significantly reduce the range.

Both models offer three driving modes which vary the balance of electric and petrol power.

The ‘HYBRID’ mode is the default setting, combining the electric and petrol power to provide a conventional PHEV experience. This balances fuel consumption and battery power to provide the most range.

Switching to ‘EV’ mode does what is says on the tin, with both of the P300e models running purely on the 109hp electric motor, via the rear wheels.

The ‘SAVE’ mode uses predominantly the petrol motor to save battery power. The driver can set the battery charge level they wish to remain at, and the vehicle will use battery power selectively to ensure that this level of charge is still available by the end of the journey.

The 15kWh lithium-ion battery, located under the rear seats can be fast charged from 0-80% in 30 minutes using 32kW DC public charging, or in 1hr 24mins using a 7kW AC wallbox at home.

A full charge from a standard domestic supply would take 6hrs 42min, which could be suitable for customers who only need to charge overnight.

Changing the cabin temperature, monitoring the battery charge, and a myriad of other features can be accessed via the InControl Remote Smartphone app available to all buyers.

The Range Rover Evoque P300e and Land Rover Discovery Sport P300e are available to order now, priced from £43,850 and £45,370 respectively. Asked whether the coronavirus shutdown will slow deliveries, a spokesperson said:

“Naturally, in these uncertain times, we are reviewing all aspects of our business plans and making adjustments accordingly to ensure that we can make an orderly return to operations as soon as conditions allow. We remain committed to our long-term strategy and our product portfolio remains the same, but the unprecedented situation will inevitably have an impact on our immediate plans.”

Jeremy Clarkson: The Audi Q5 plug-in hybrid proves there are too many drawbacks to going green