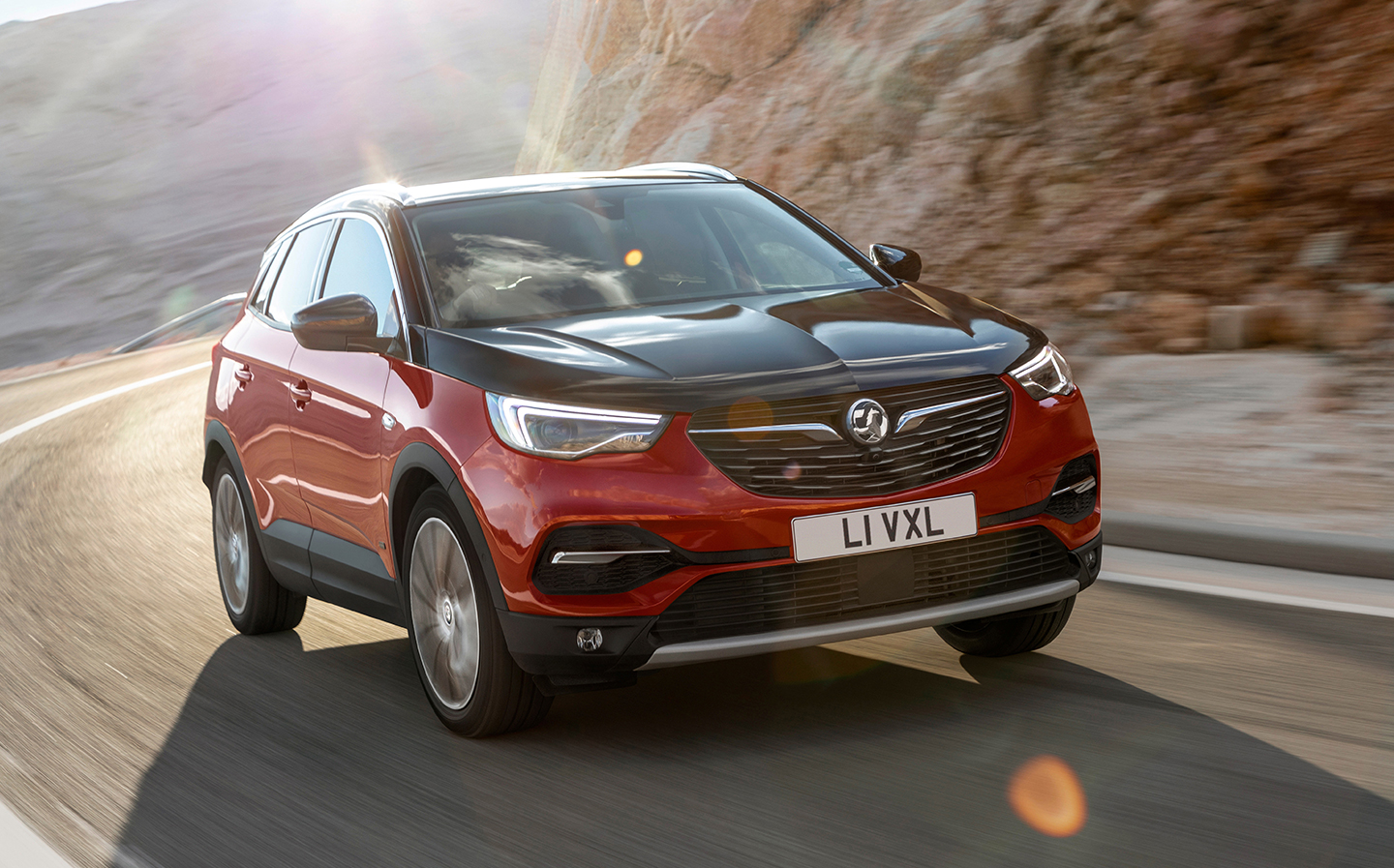 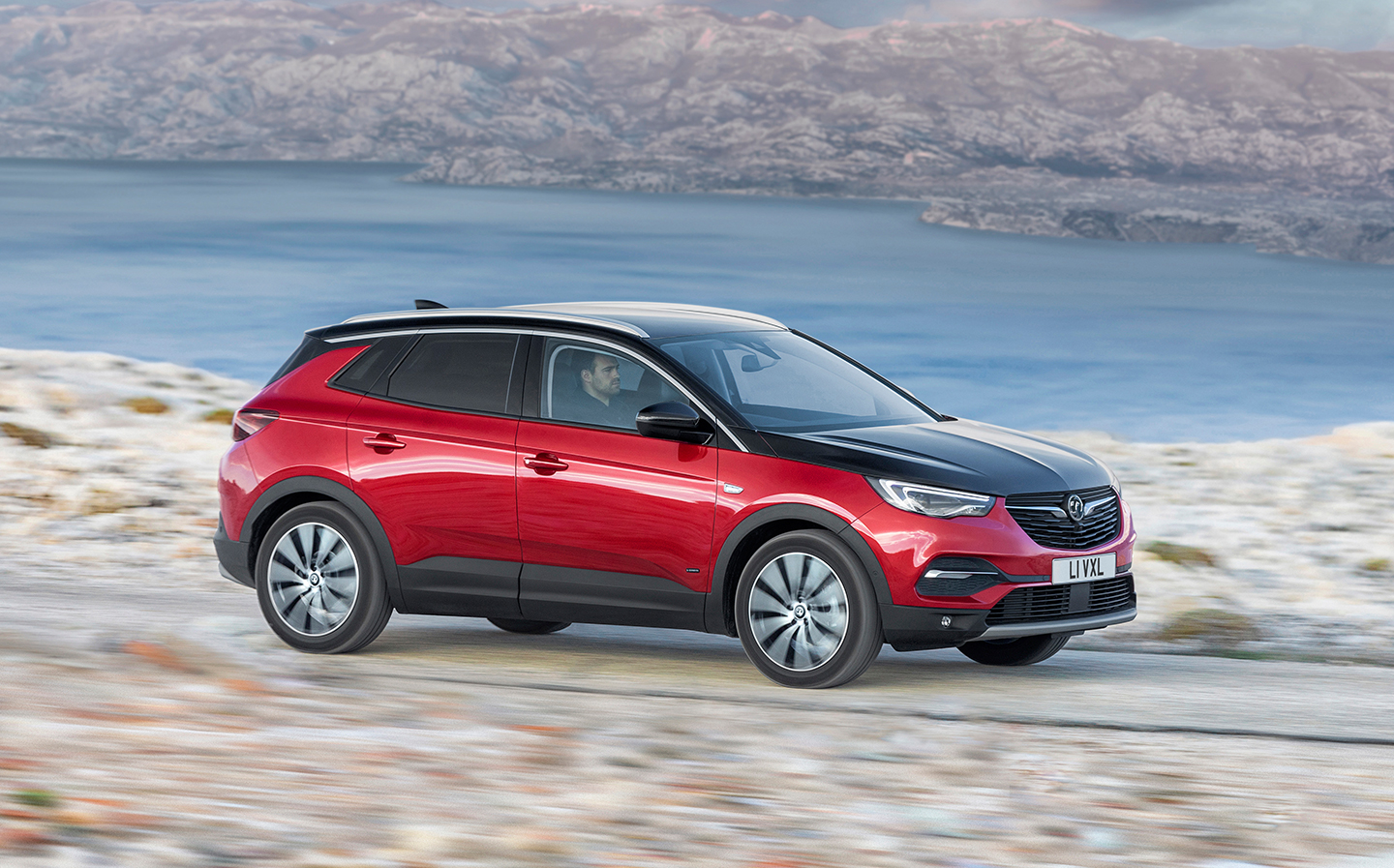 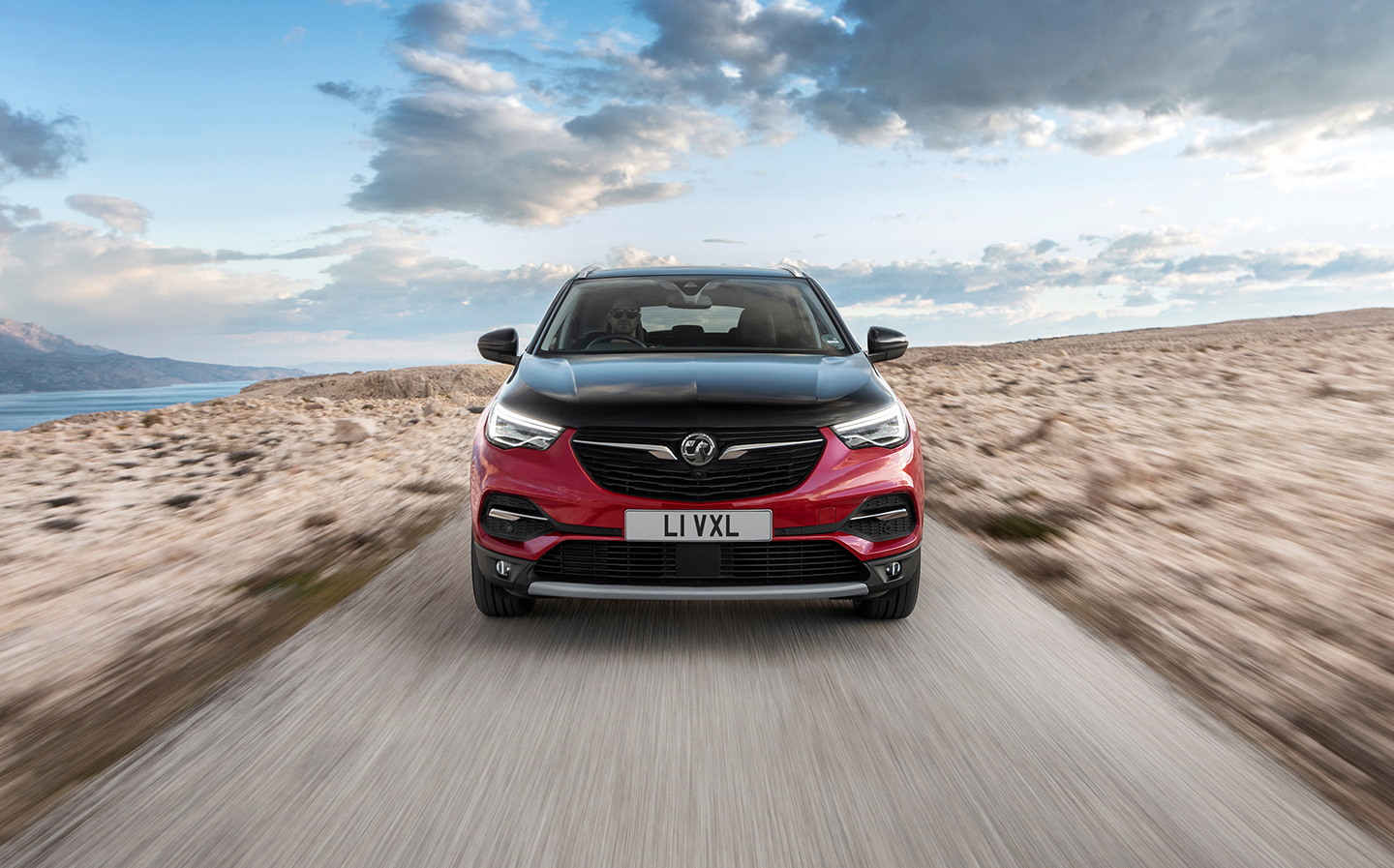 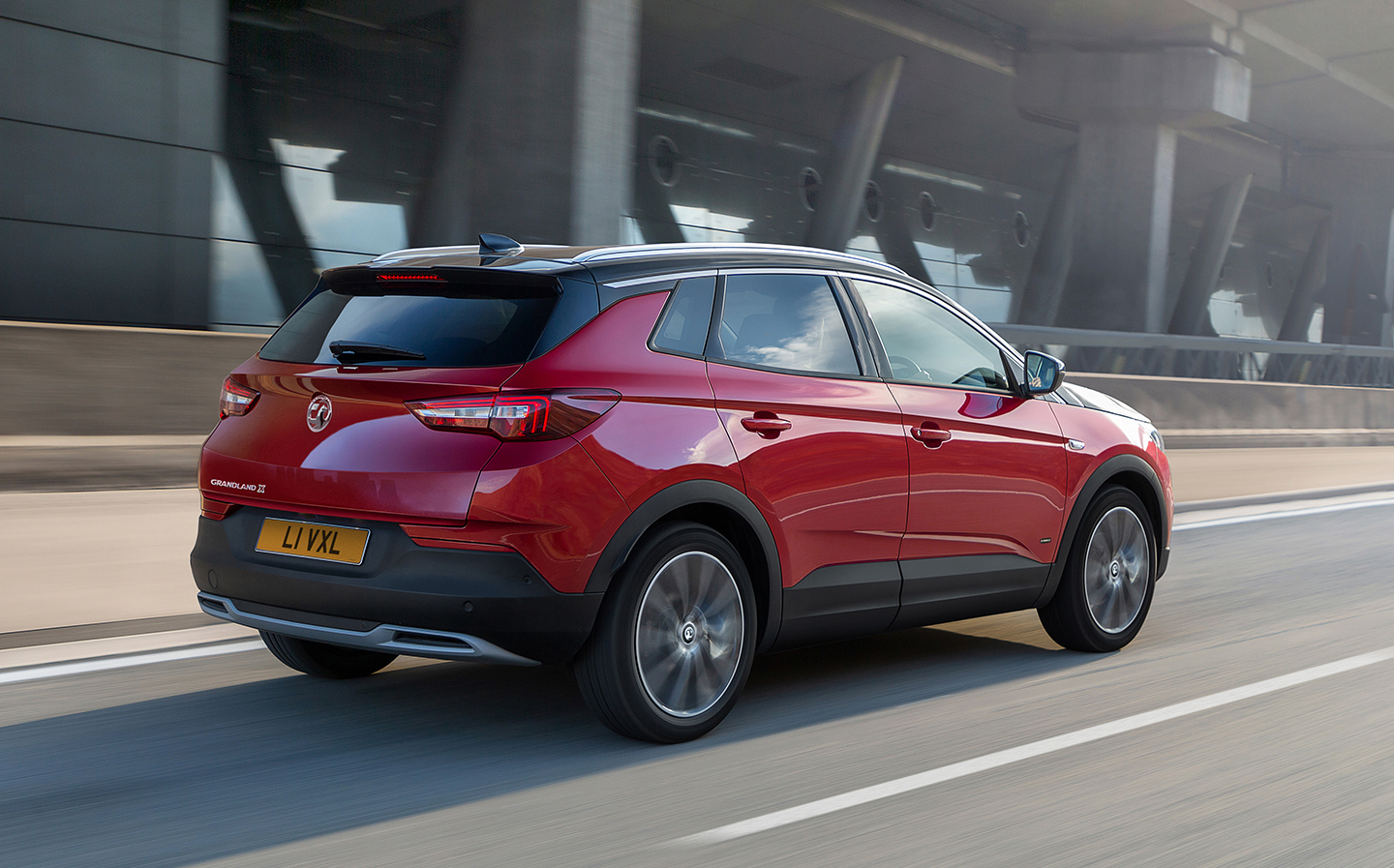 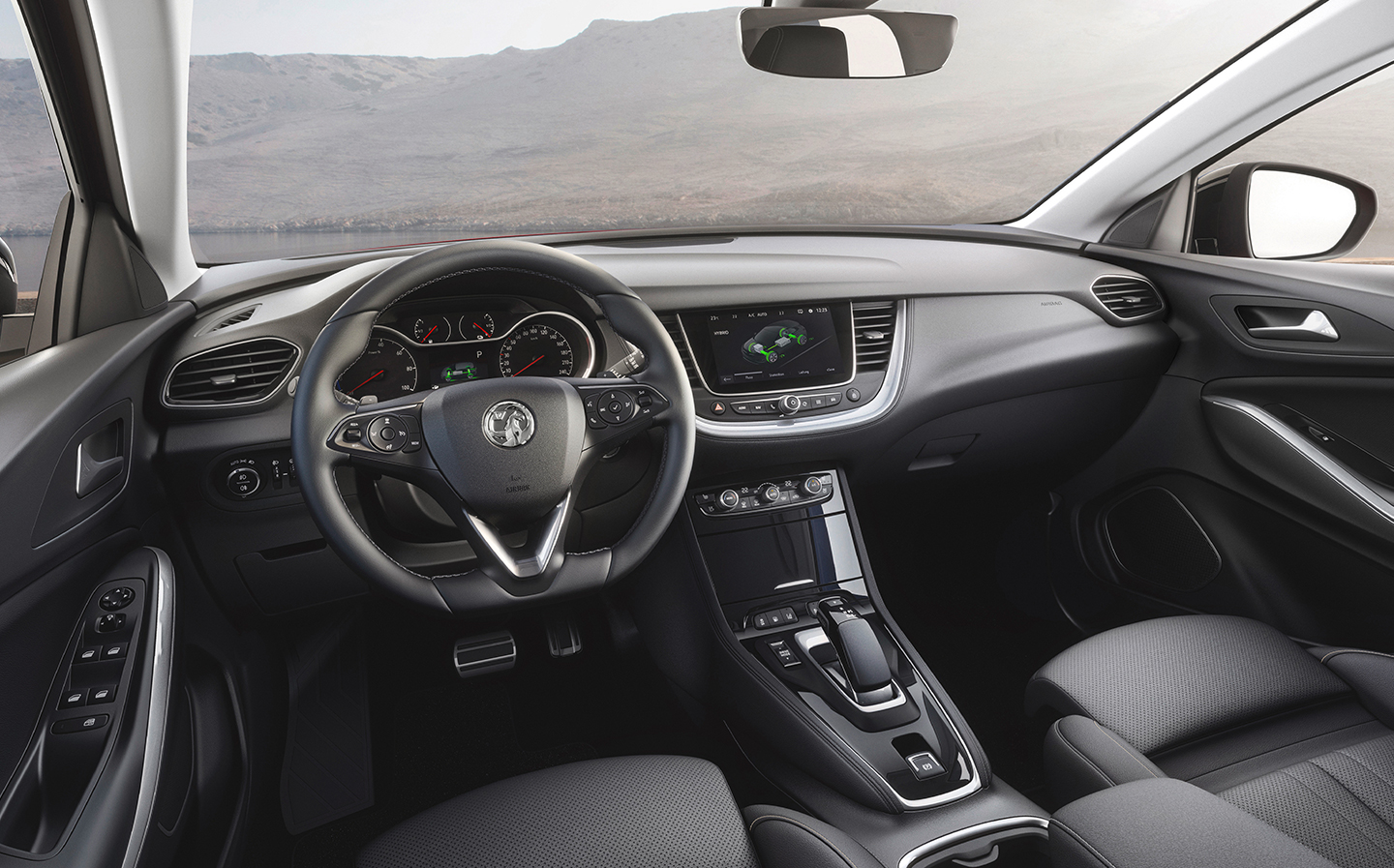 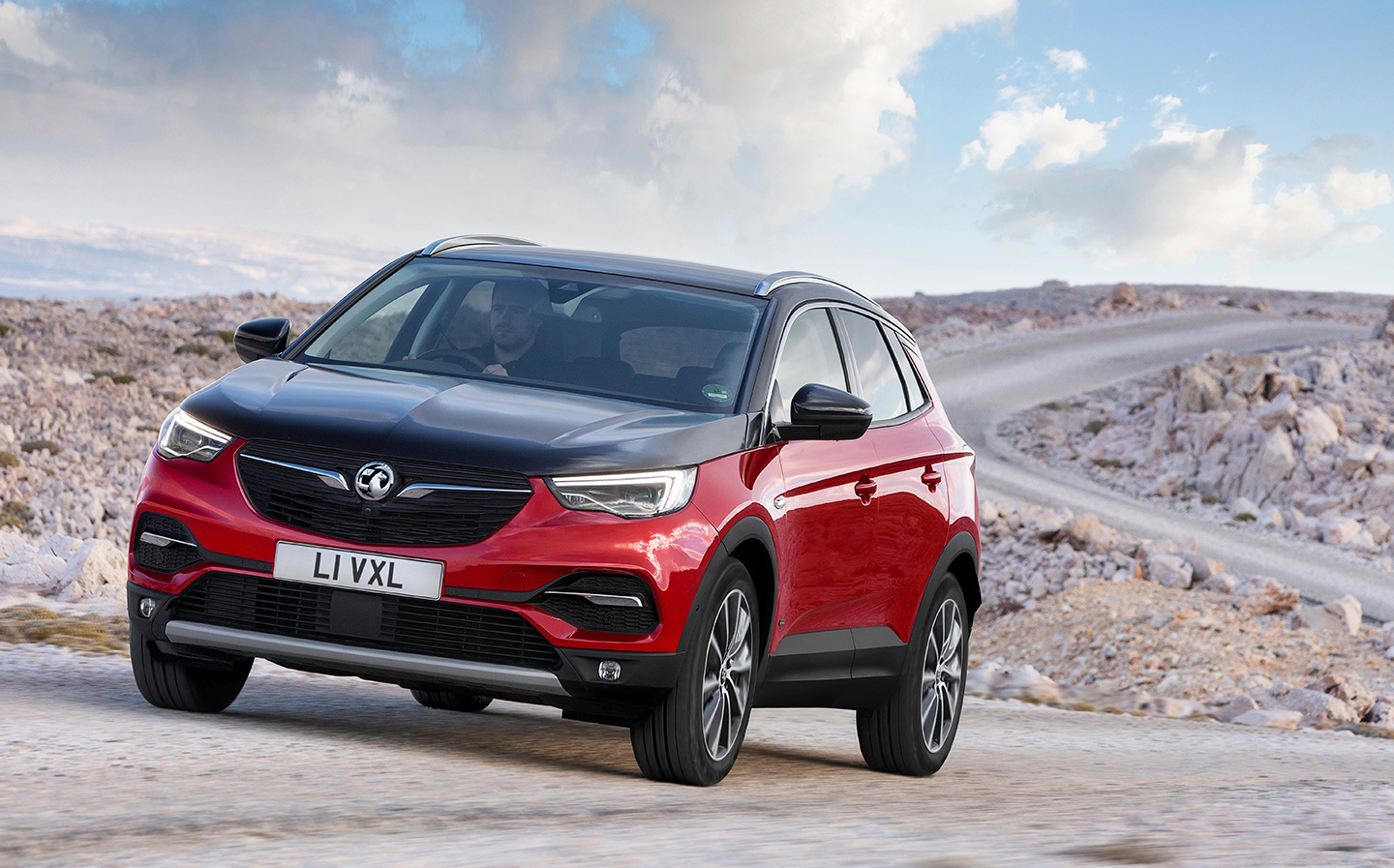 WHEN PSA Group, the French automotive behemoth that owns Peugeot, Citroën and DS decided to rescue Vauxhall (and Opel) from almost certain death at the hands of General Motors a few years ago, it wasn’t immediately clear where the incoming brand would fit into the group’s hierarchy.

Vauxhall has a proud heritage but it had become the automotive equivalent of sliced white bread — affordable and perfectly decent but entirely uninspiring. Vauxhall drivers didn’t really care what they drove, as long it got them from A-to-B and didn’t cost the earth.

Often, Vauxhalls were keenly aimed at company car drivers, so benefit-in-kind payments were key. It was no surprise when the Vauxhall Insignia turned out to be David Brent’s car of choice.

But under PSA, some speculated, Vauxhall could become a premium brand. It could go upmarket to take on Audi, BMW and Mercedes. These people were clearly ignoring Vauxhall’s existing public image, which can take generations to change, and blissfully unaware that the French see Peugeot as an upmarket brand — perhaps not on a level with those German marques, but not far off. What’s more, former Citroën sub-brand (but since 2015 a standalone premium brand) DS Automobiles was already clearly being positioned at the luxury end of the scale.

What then for Vauxhall? PSA certainly didn’t need another Citroën, a brand that’s affordable but quirky. Stylish but everyday.

The Vauxhall Grandland X is the clearest statement that PSA hasn’t the slightest interest in making Vauxhall aspirational. On the outside it’s not a bad looking crossover — certainly no worse than most of the competition (a crowded field that includes the Nissan Qashqai, Ford Kuga, Skoda Karoq, Kia Sportage and Renault Kadjar).

But as soon as you open the door you get the impression the instructions from the top were, “The cheaper the better.” It’s a dark and utilitarian space where hard plastics abound. You just have to compare it to the upmarket, forward-thinking cabin of the Peugeot 3008, with which the Grandland X shares a chassis, engines, transmissions and a couple of tell-tale switches in the cabin, and the difference becomes stark.

The Vauxhall’s infotainment screen is well behind the offerings found elsewhere in terms of look and layout, with confusing menus to navigate your way through. Why is there no button by the gear lever or on the dash for the battery hold setting, for example? You find it in the Hybrid menu of the touchscreen, under a sub menu called eSave.

At least that’s a clever system, which can be set to charge the battery while driving, using the petrol engine to both propel the car forward and generate electricity, to leave six, 12 miles or the full 35 miles of electric range (claimed). This is useful in theory for when approaching a city centre or one of the planned zero emissions zones, so that you can switch to pure-EV mode when you reach it, though how many customers will be this considerate and how many camera-controlled zones will be able to detect a plug-in hybrid running only on electric power remains to be seen.

At least space is good up front and in the rear, and the seats are relatively comfortable and offer a commanding view of the road, if not terrifically supportive in the sides. It’s relatively quiet inside, especially when running on electric power, though the large wing mirrors generate some noise from the airflow. All-round visibility is another plus point of the Grandland X, as is the boot space and shape — up to 1,528 litres with the 60:40 split rear seats folded.

To drive, the Grandland X Hybrid4 AWD feels spirited under your right foot thanks to the combination of 1.6-litre turbocharged petrol engine and two electric motors, one at the front (108bhp) and one on the rear axle (111bhp). The Grandland X Hybrid4 produces a combined 296bhp and manages 0-60 mph in just 5.9 seconds.

But harsh road surfaces and potholes are not just transmitted into the cabin but amplified. Whereas a good suspension set-up will absorb bumps and crevices, the Vauxhall crashes over them uncomfortably.

Meanwhile, the steering has a rubbery feel about it, and our test car even had a small amount of “play” in the centre position, meaning we could turn it a few millimetres left and right without affecting the direction of the car.

And while body roll isn’t excessive, driving the Grandland X Hybrid4 even in Sport mode (Hybrid, All-wheel Drive and Electric modes are the alternatives) does not inspire confidence, so while there’s a decent chunk of power, it’s not translated into an engaging experience for the driver. The eight-speed automatic transmission is OK, at least, if not as fast at shifting cogs as some others, and the “B mode” for regenerative braking (activated by pulling the gear lever back) is a decent way to help scrub speed and extend put some energy back in the battery.

The main advantage of the Grandland X Hybrid4, though, is running costs — especially for business users. With more than 30 miles of electric motoring possible per charge, at speeds of up to 84mph, your morning and evening commutes could be electric only; electricity is a lot cheaper than petrol per mile. Yet the engine and 43-litre petrol tank mean business or personal trips further afield can be conducted by adding petrol-power to the party. Combined fuel consumption is 204mpg (officially), and the car emits just 34g/km CO2, meaning if you buy a version that costs less than £40,o00, there is no road tax to pay in the first year (currently), and just £135 per year thereafter.

When it comes to the initial sticker price, for the best deal private buyers ought to pretend they’re a company car driver, as the specification level of the two-wheel drive “Business Edition  Nav Hybrid” is the same as the “SRi Nav Hybrid” aimed at non-fleet buyers, though the prices are radically different: £32,390 for the former but £38,500 for the latter. That’s a £6,110 penalty if you don’t ask for the business spec (and the Business Edition model is not withheld from private buyers if they ask for it, according to Vauxhall’s sales director).

It’s the same story with the all-wheel-drive model, which costs a whopping £43,400 in mid-spec “Elite Nav Hybrid4” trim but the exact same specification aimed at business buyers (“Business Edition Nav Premium Hybrid4”) is just £36,790. The range-topping Ultimate Nav version is available for an eye-watering £46,650 on-the-road.

But if you wanted a clearer indication that Vauxhall is putting all its eggs into the company car market with the Grandland X Hybrid4 AWD, you just need to look at the benefit-in-kind costs (if you’re a private buyer you can either give up at this point or skip ahead a couple of pars, past the jargon).

With a 16% benefit-in-kind rate in 2019-20, dropping to 12% from 2020-21 (assuming no changes to the plan in this Wednesday’s Budget), Vauxhall calculates that payments over the next four years for earners in the 40% income tax bracket would amount to £159 per month for the four-wheel drive model (or £140 for the forthcoming front-wheel drive Hybrid4).

Vauxhall compared this to both internal combustion engine-powered and hybrid rivals, with it coming in cheaper than the 221bhp BMW X1 PHEV (£165), 221bhp Mitsubishi Outlander PHEV (£173) and 258bhp Volvo XC40 PHEV (£197), according to its sums. At the most extreme end of the scale, a 148bhp Nissan Qashqai would cost a business user £347 a month, while a 187bhp petrol-powered Ford Kuga comes in at a painful £369.

The Peugeot 3008 Hybrid4, which shares exactly the same 296bhp powertrain, would be £188 per month, said Vauxhall. We can tell you this is literally your only incentive not to choose the Peugeot over the Vauxhall, as the French-badged model has a superior interior, rides less harshly and looks better on your driveway.

Peugeot drivers also get the same charging time of the 13.2kWh battery: under four hours via the standard 3.7kW on-board charger or under two hours via an optional 7.4kW on-board charger. They also get real-time traffic updates and a smartphone app to manage charging, climate pre-conditioning and so on (albeit branded differently).

Vauxhall drivers don’t have an advantage when it comes to the warranty, either; it’s the same — admittedly rather impressive — eight-year or 100,000-mile deal.

What this all means is that the Vauxhall Grandland X is a head over heart purchase. It’s only desirable in the sense that it can save business users a packet compared with other petrol- or even PHEV-powered crossovers, and has a bit more punch coming out of corners and away from the lights. Which is handy because you won’t want to give people enough time to see who’s driving it.

* Over four years and 80,000 miles, as calculated by Vauxhall