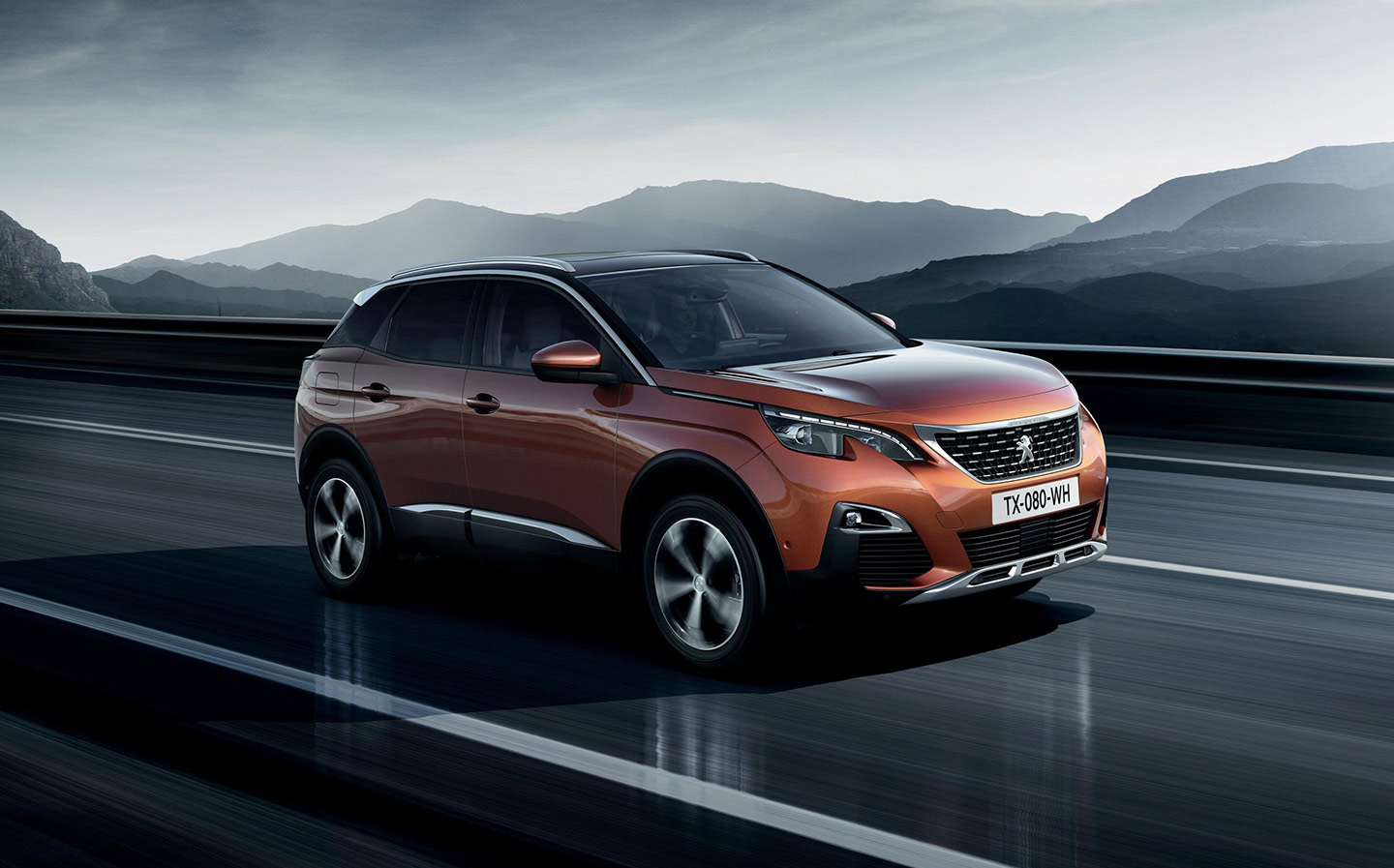 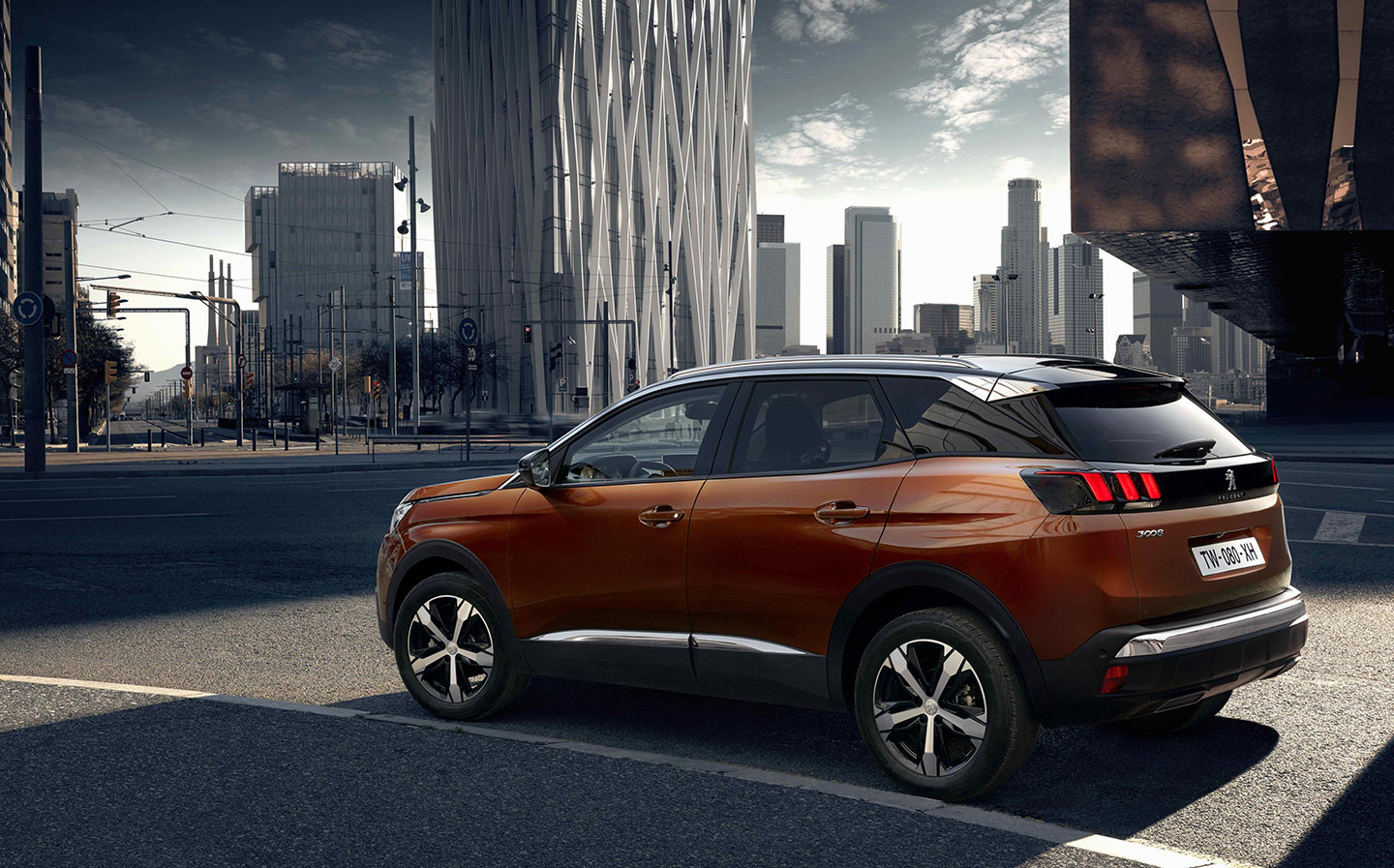 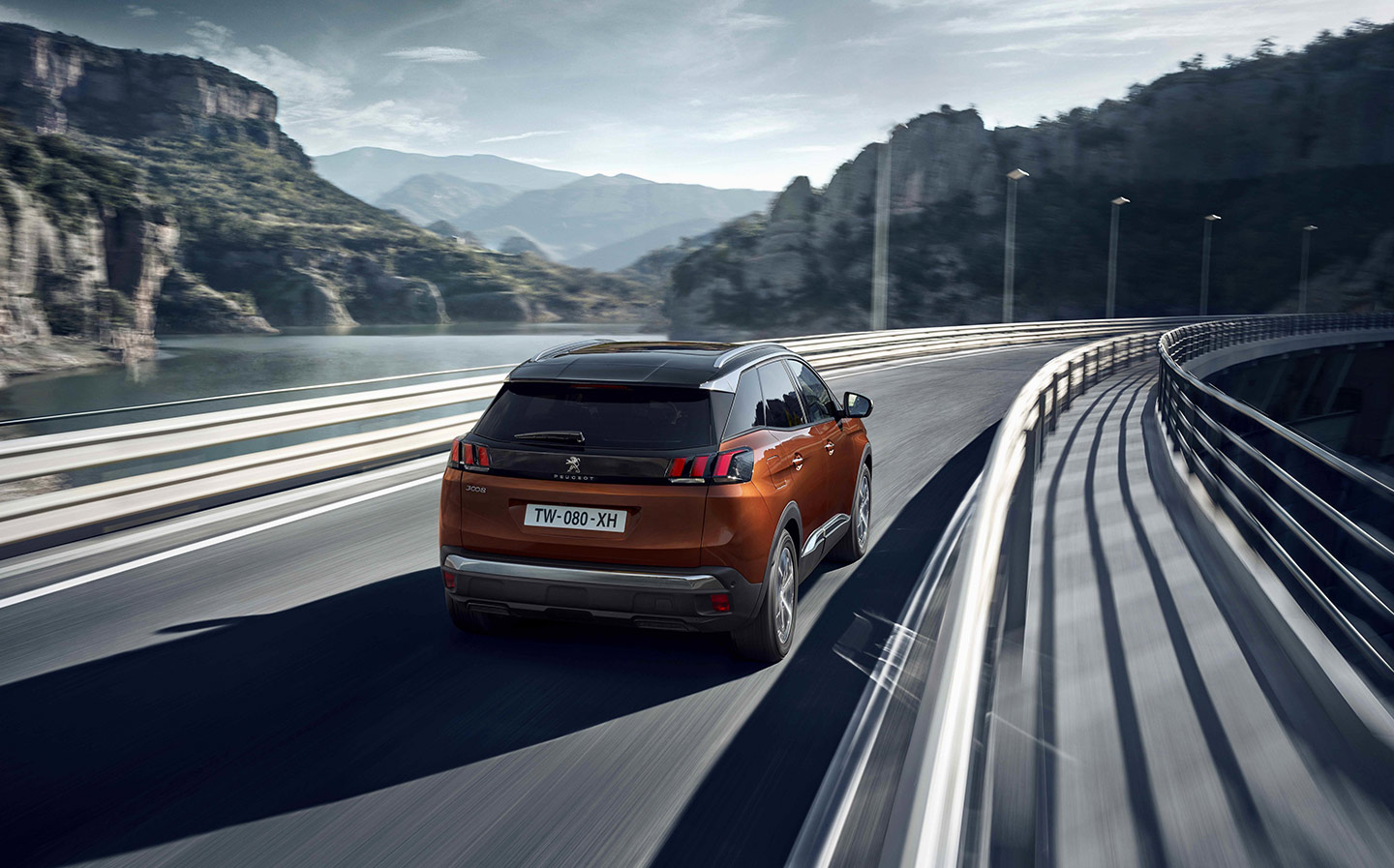 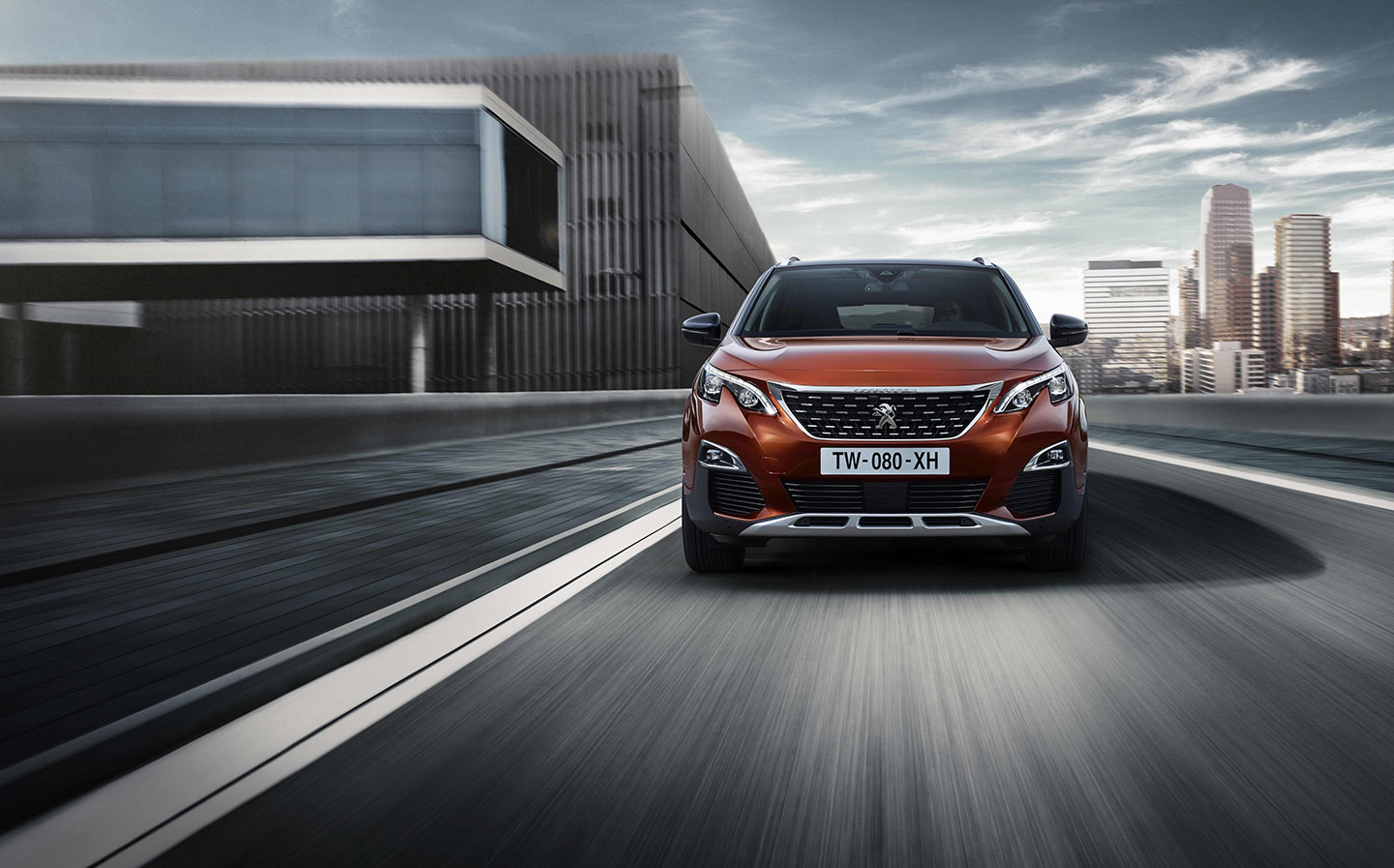 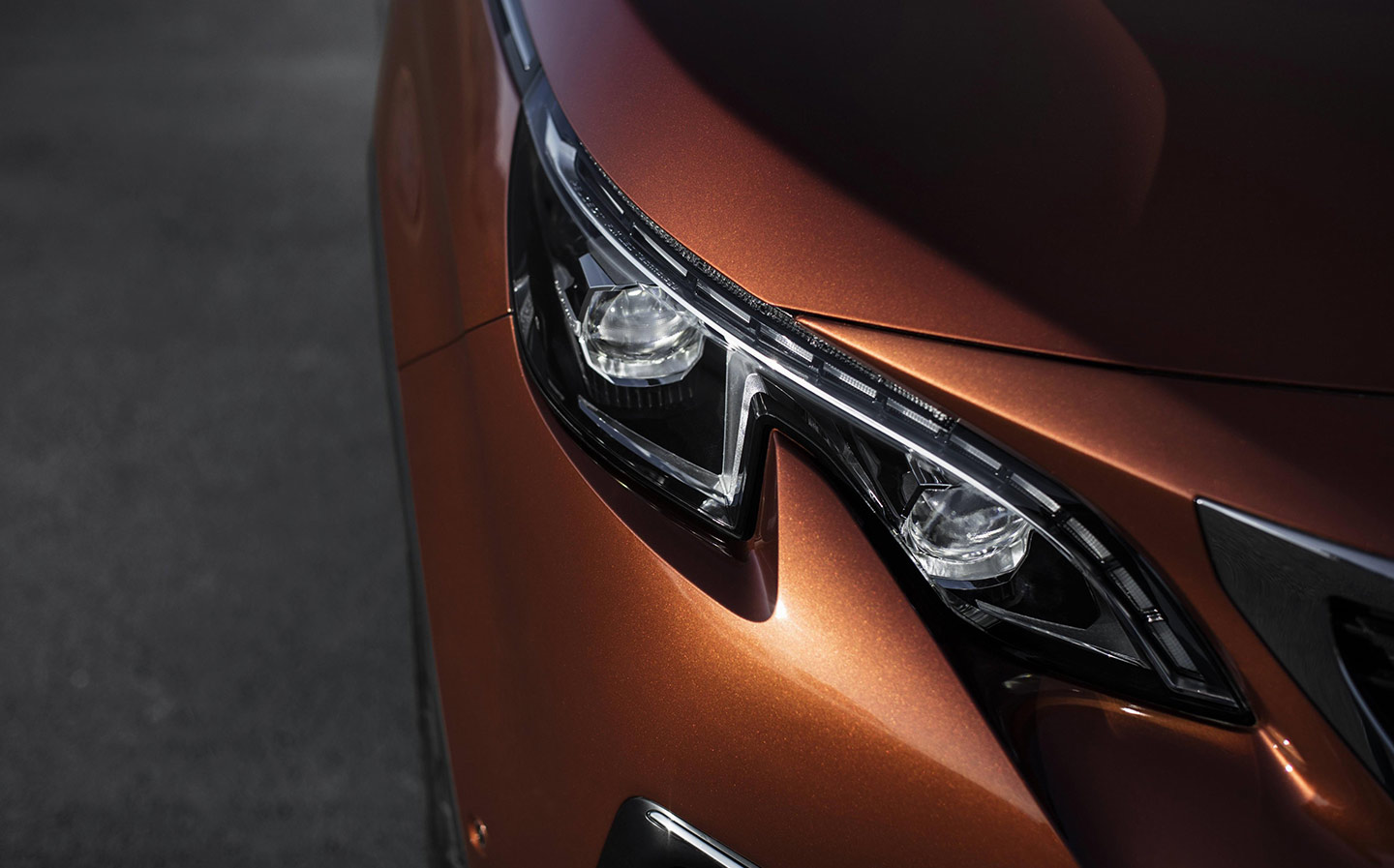 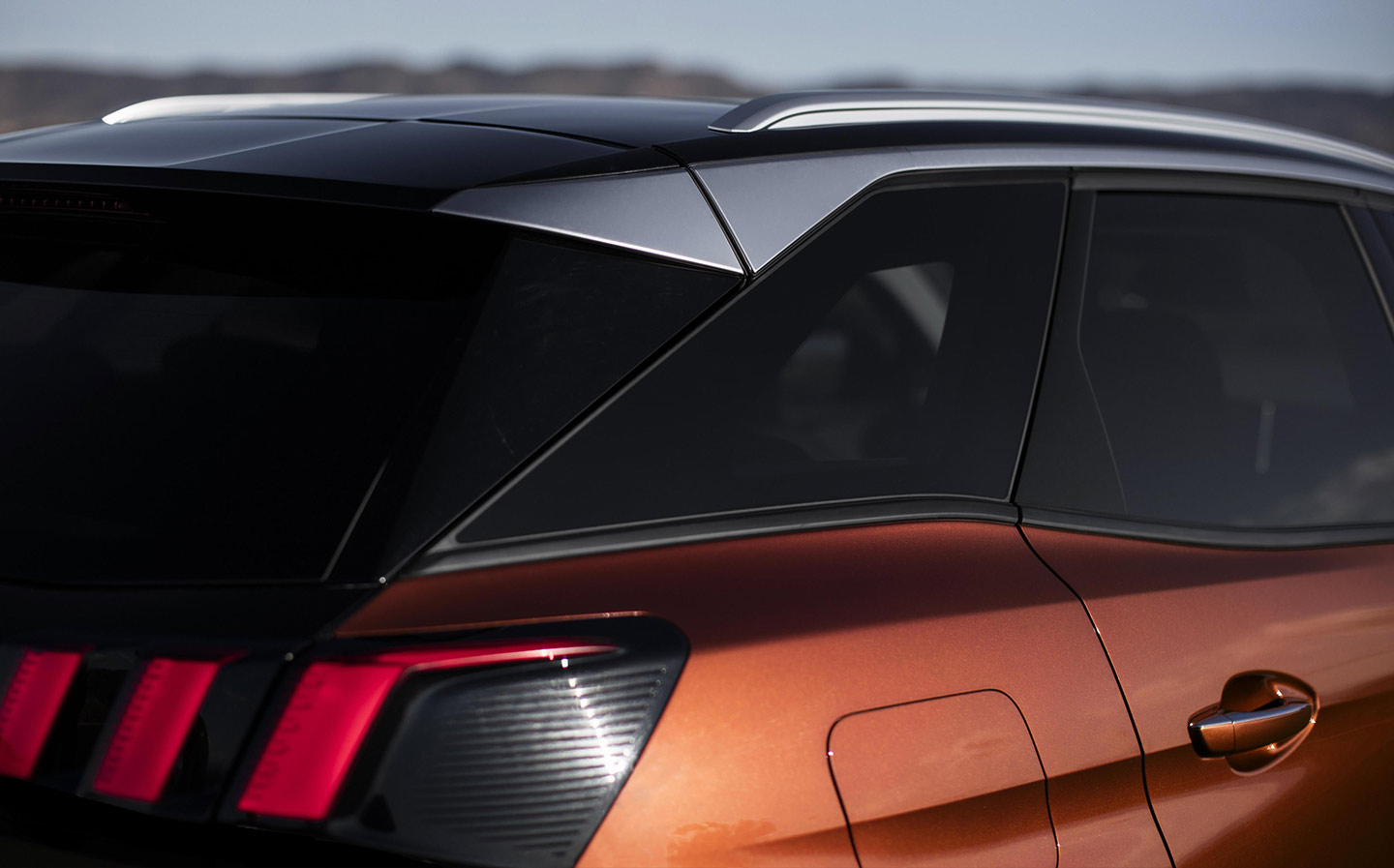 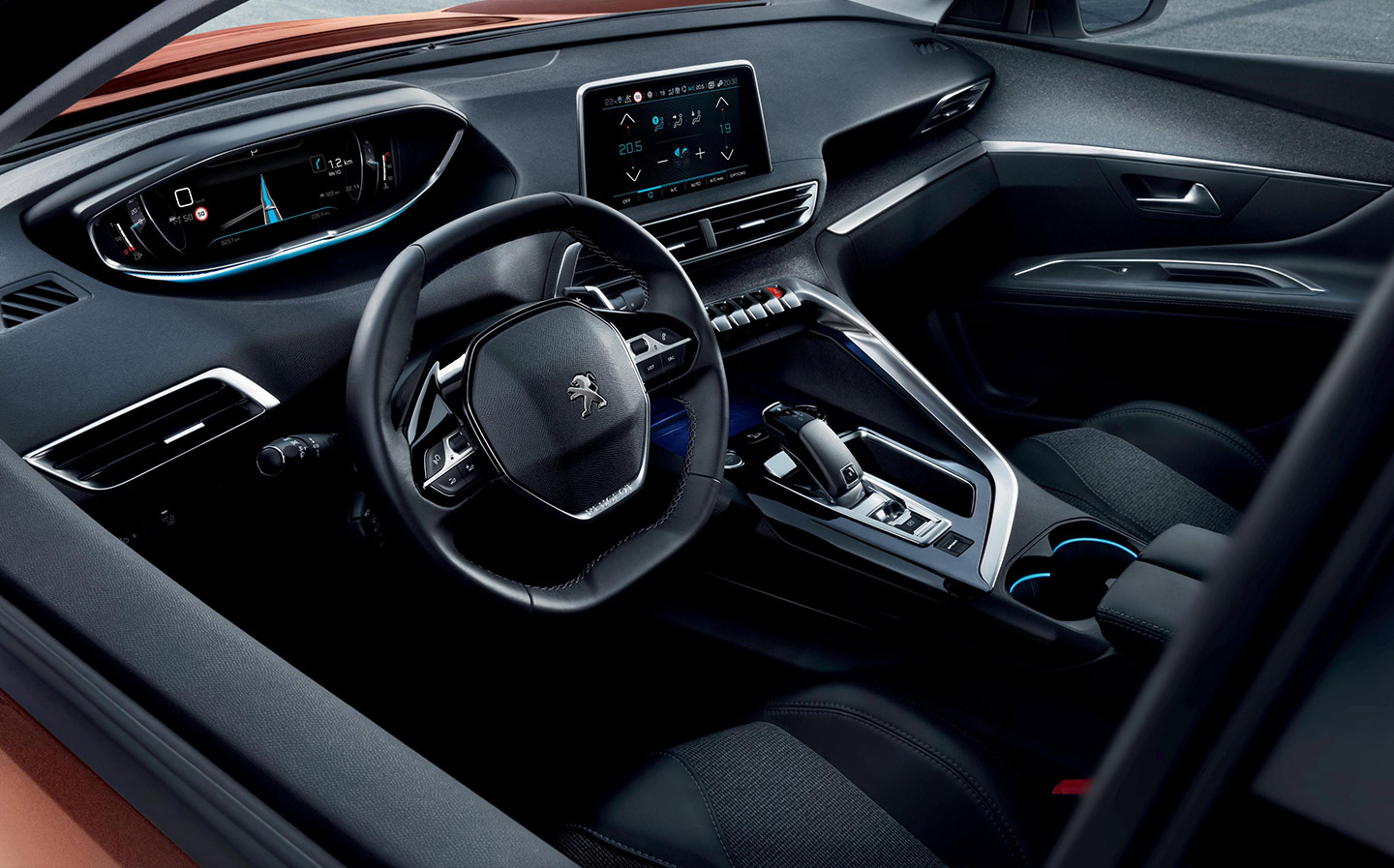 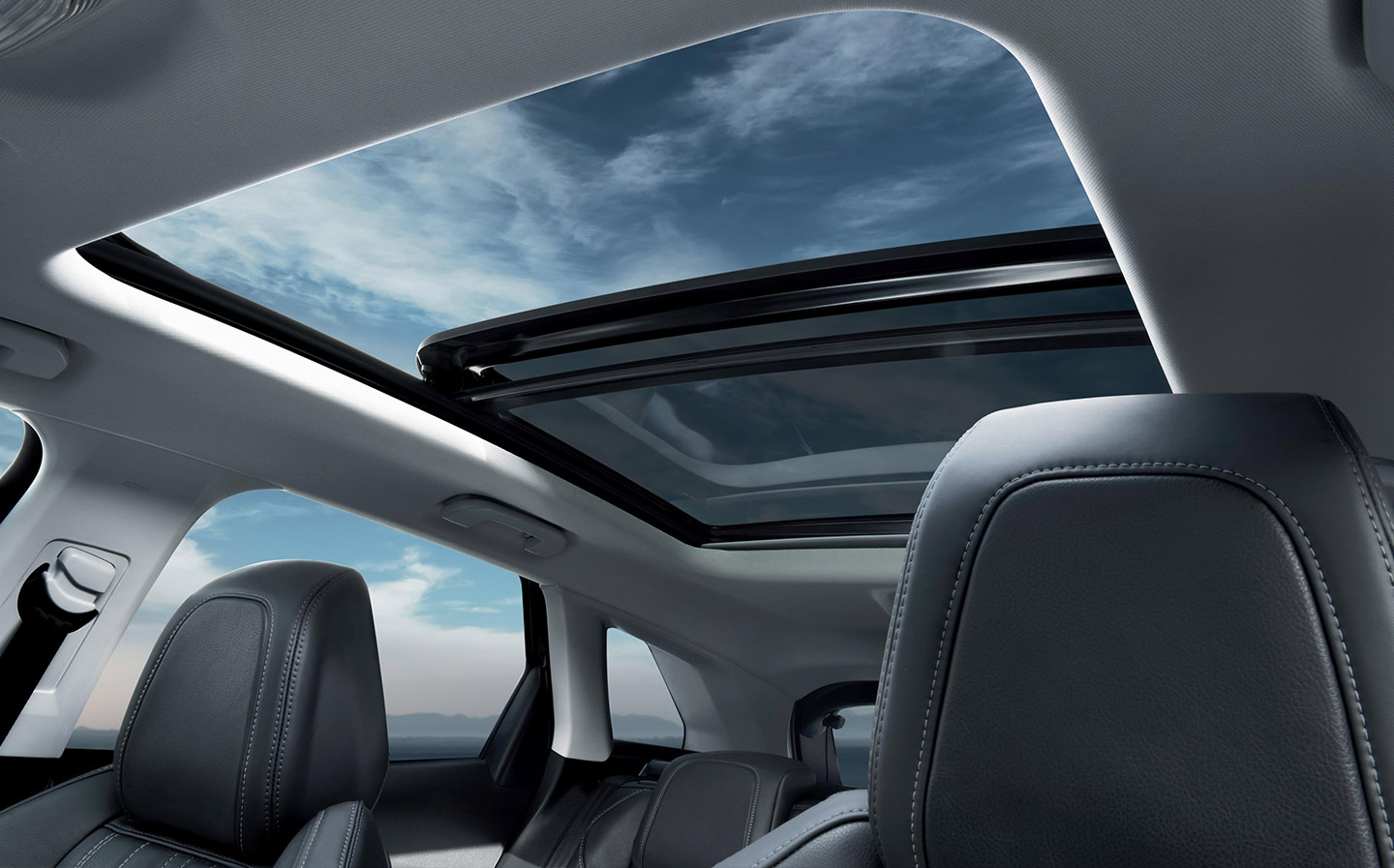 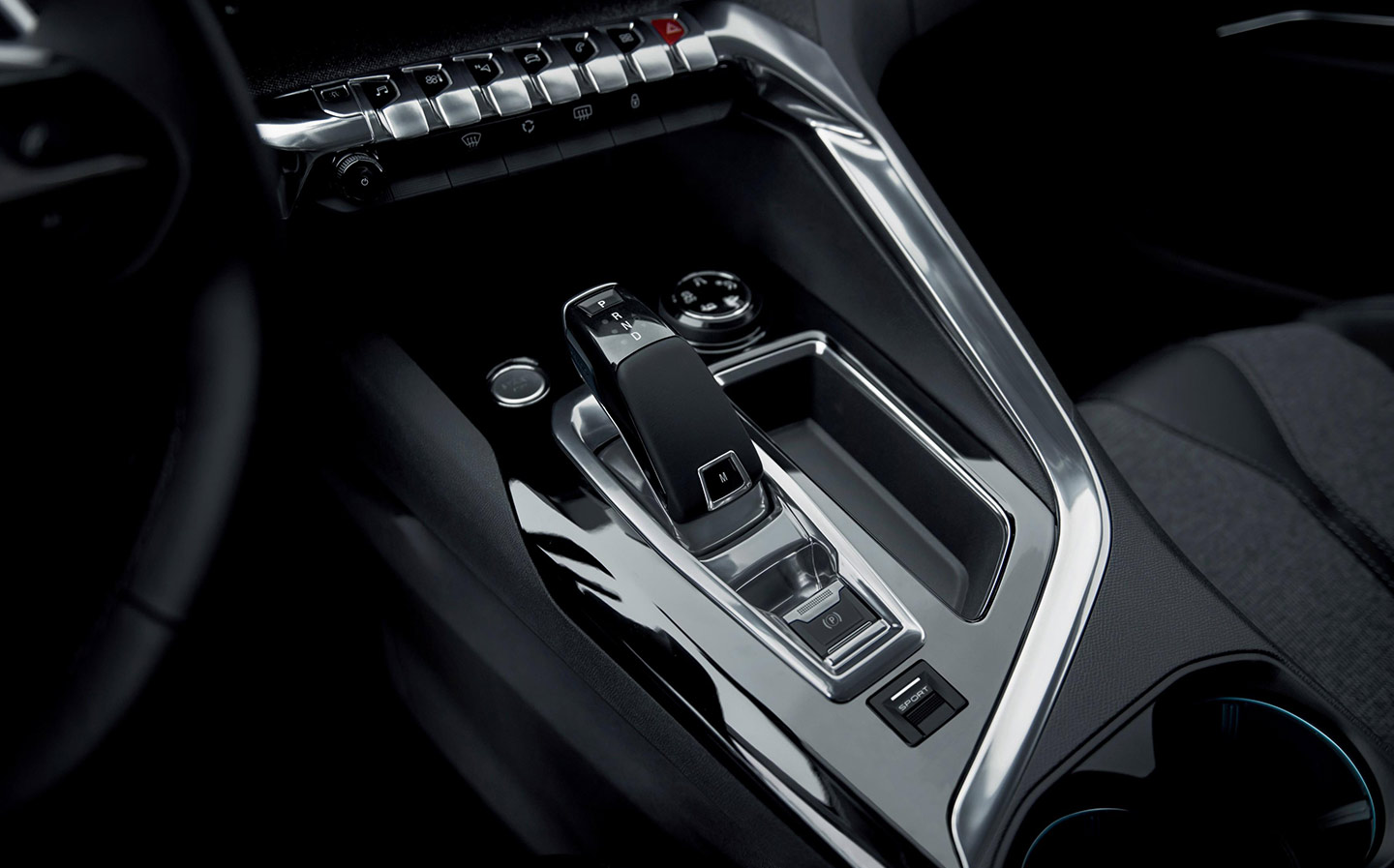 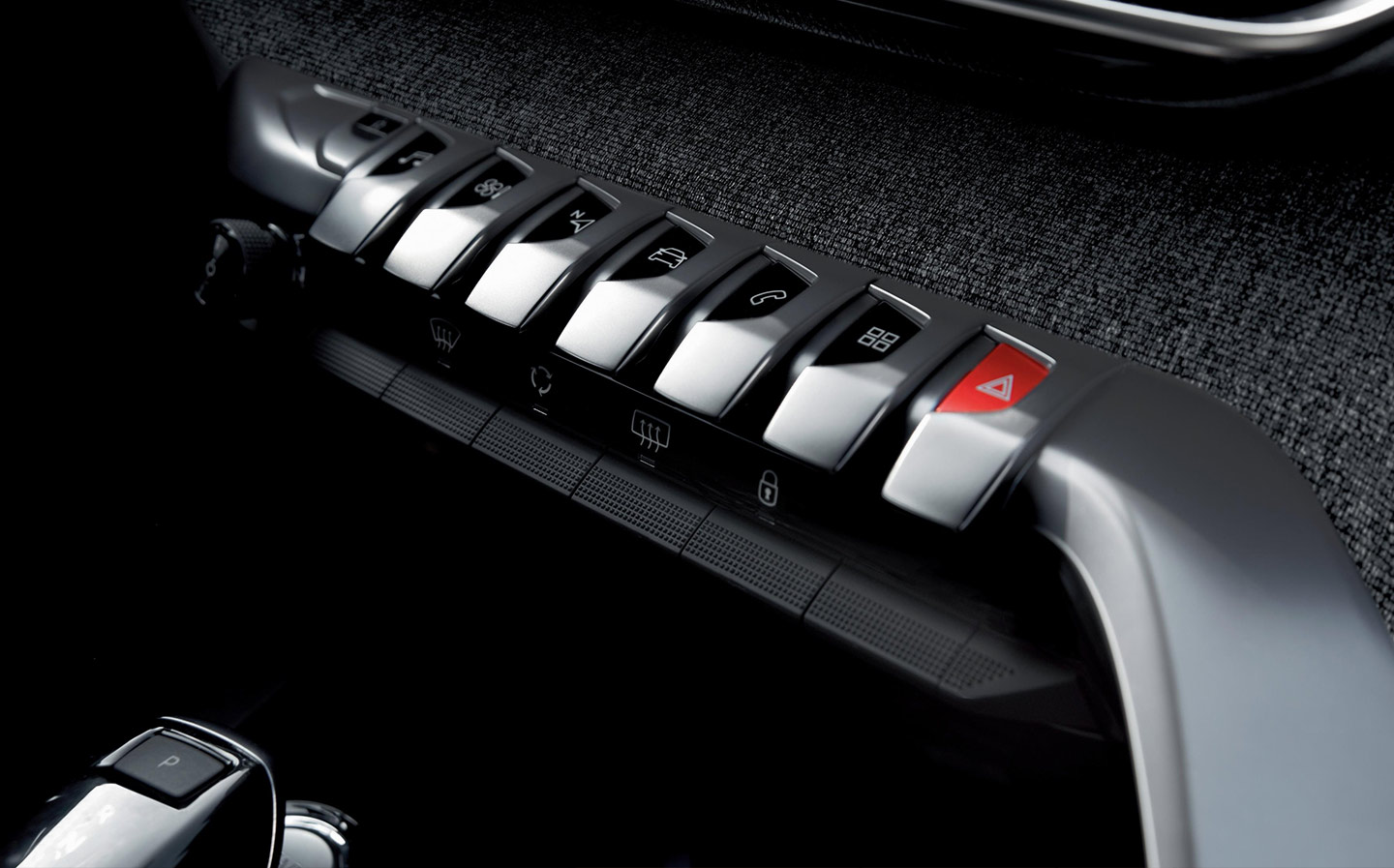 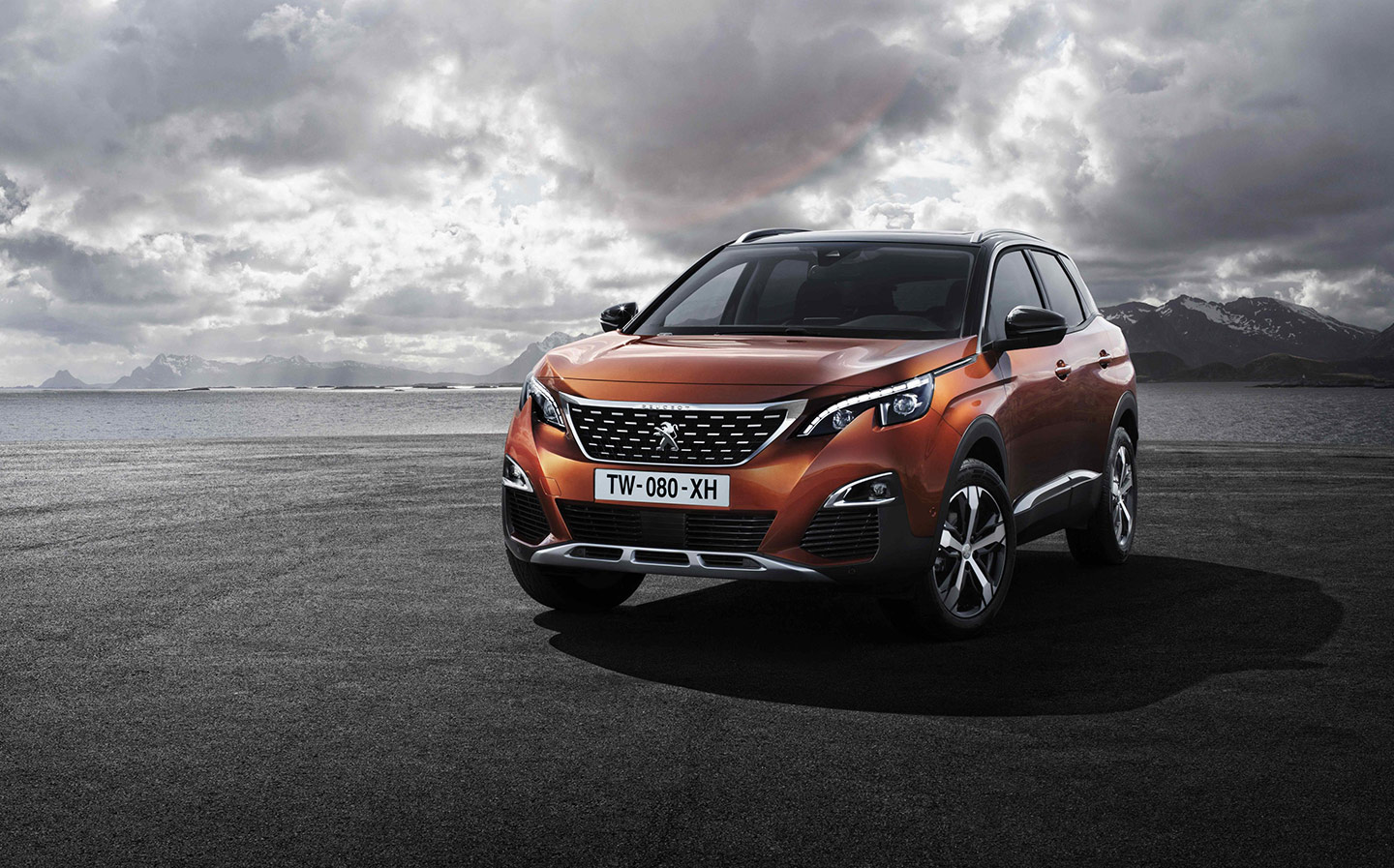 ACCORDING TO lazy stereotypes, the French know a thing or two about fashion. That could explain why the Peugeot 3008 has morphed quietly from an MPV (or, to employ its even less chic moniker, people-carrier) into the car type du jour: an SUV.

Not a week goes by when a new SUV isn’t sprung on an expectant public eager to lord it over their fellow motorists in a chunky five-door road warrior that looks as if it could scale Ben Nevis, even if it couldn’t in reality tackle much more than a gravel track.

With most versions riding high on 18in alloy wheels and giving generous ground clearance, the 3008 certainly looks the part. Narrow your eyes and you’d swear there’s a touch of Jaguar F-Pace to the rear (complete with striking lion’s claw tail-lights), whereas the whole thing has something of the Range Rover Evoque about it. It’s a classy-looking addition to the mainstream SUV market. And, inside, the story gets even better.

The way the dashboard curves around the driver, the plush seats and the high-quality materials (the Allure trim includes real oak inlays on, though Peugeot couldn’t tell us if they’re from sustainable sources) make other cars in this class seem staid. Nicely crafted details abound, including the elegantly sculpted automatic gearlever, which could come straight from a BMW.

However, Peugeot showed only mid-spec Allure and high-spec GT-Line trims at the launch event. The line-up begins with Active (Britain won’t be getting an even more basic trim called Access), which won’t look so plush, although it’ll have the same basic design.

There are two petrol and three diesel engines to choose from. The 130bhp three-cylinder 1.2 petrol is a delight: eager as a puppy and brimming with character. It’s refined too, but has a lusty slug of torque right where you need it. The official fuel economy figure is 55mpg, so expect the mid-forties in real-world use; that’s not bad for an engine with this much oomph. There’s a 165bhp version too, but it’s available with automatic transmission only, which will no doubt raise the price uncomfortably high. Still, the auto gearbox suits the 3008’s sleek, laid-back character rather better than the manual, which is a little notchy.

The diesels are two 1.6-litre units, in 100bhp (underpowered) and 120bhp outputs, and two 2-litre jobs, one producing 150bhp and the other 180bhp. Again, this last is teamed with the automatic gearbox. It’s a spirited performer (0-62mph takes 8.9 seconds) and even more so when you press the Sport button. Bizarrely, however, this function does little to firm up the suspension, so you quickly learn to keep it turned off.

No 3008 has four-wheel drive, but one trick for mild off-roading is an option called Hill Assist Descent Control, which brakes each wheel independently. With the gearbox in neutral, you take your feet off the pedals and hold the steering wheel lightly; the system takes care of the rest, guiding the car down the muddiest slope without letting it get bogged down or run away.

However, the 3008 is first and foremost a comfortable tourer. The ride is soft yet composed. It’s quiet too, even on pockmarked roads. A Nissan Qashqai is more fun to drive but not as comfortable.

Surprisingly for such a tall and softly suspended car, it doesn’t lean too much in corners. That’s a relief, not only for the passengers but also for the driver, who has a comically small steering wheel to guide the thing with. The idea is to aid your view of the raised instrument binnacle, and it does work for drivers of average height.

The steering itself is remarkably quick and direct, but there’s a hint of the car pivoting around it.

“Features include interior fragrances, among them one called Cosmic Leather. Presumably Rodney from Only Fools and Horses is in charge of scent-naming”

The cabin is impressively roomy. Naturally, the front-seat occupants are well provided for, but even in the rear there’s lots of legroom and headroom.

The tailgate is large and opens wide. Pull a couple of levers on the rear wheelarches and the rear seatbacks fall forward to a slight angle. Lift out and reposition the boot floor, and you have a perfectly flat load deck that lies flush with the boot lip. Seats up, there’s 591 litres of boot space; seats down, an impressive 1,670 litres. Figures such as these knock the Qashqai and Kia Sportage into last week.

That’s practicality ticked, but it’s technology where the 3008 aims to make its mark. Even the Active trim includes Peugeot’s i-Cockpit, which centres on a 12.3in screen ahead of the driver. When you use the sat nav, the speedo and rev counter dials on the instrument binnacle spin off to the sides to make room, a striking trick first seen in Audis. An 8in secondary touchscreen mounted above the centre console displays sat nav in all but Active-trim cars. The TomTom system is among the better ones: quick to respond, clear and detailed and updated with traffic info by other road users as you go.

Below the touchscreen is an eye-catching bank of toggle switches that look like the stops on an electronic organ. The Mirror Screen system pairs your phone with the car, and a wireless charging station is on hand if your handset runs low on power.

However, it’s with i-Cockpit Amplify that the 3008 truly sets out its stall. This aims to satisfy the five senses with features including ambient lighting, seat massaging and fragrances, among them one called Cosmic Leather. Presumably Rodney from Only Fools and Horses is in charge of scent-naming.

The 3008 has already earned its safety spurs: the full five stars from Euro NCAP. All versions have Active Safety Brake, a system that automatically applies the brakes if the driver doesn’t react to a hazard in front, rear parking sensors and Lane Departure Assist, which provides corrective steering if the car appears to be wandering out of its lane.

Prices have still to be confirmed but Peugeot suggests they’ll start at around £21,750 for the 1.2 Active, rising by £600 for each trim level, plus £1,000 for the 1.6 diesels and £2,000 for the 2-litre diesels. That places the model at the upper end of mainstream SUV prices, but it provides strong competition for the premium models in this class. The Peugeot certainly measures up to them in terms of comfort and tech, but badge snobs will still not be convinced.

A spokesman said Peugeot was waiting for the 3008’s likely depreciation to be calculated by independent market observers before it confirmed prices, which suggests residual values still trouble the brand.

Yet in one leap the 3008 has transformed from dull but capable MPV to stylish and practical SUV. It’s a journey even Bear Grylls would be proud of. Just don’t expect him to ditch the Land Rover for a 3008 on his next expedition.