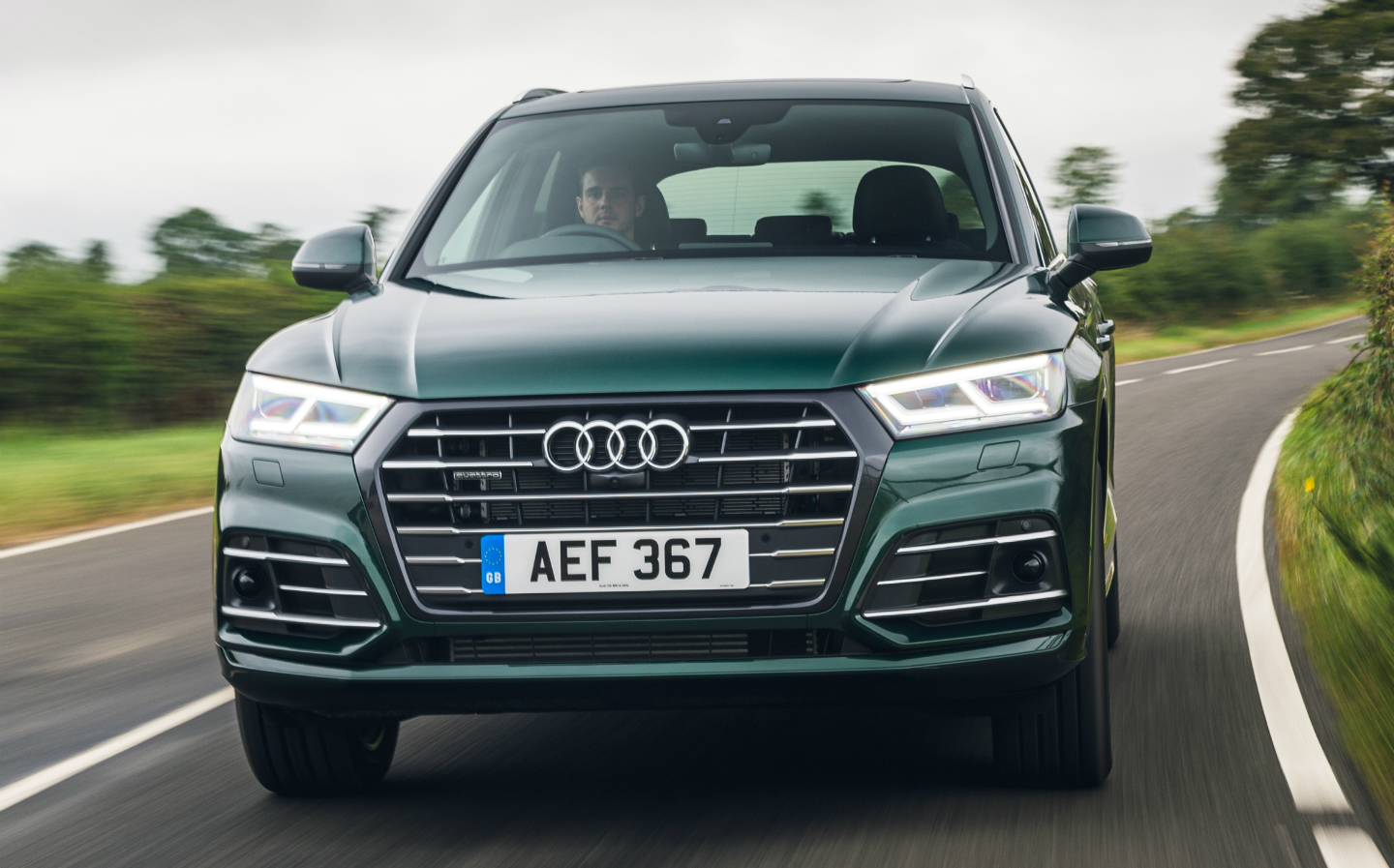 EITHER JEREMY Clarkson is suffering from seasonal affective disorder or he’s been given a string of stinkers to road test so far this year for The Sunday Times Magazine. The diesel Mercedes G-Class didn’t exactly get a glowing reception in his first road test of 2020, while the BMW M8 Competition Coupé he reviewed last week is already a strong contender for his least favourite car of 2020 — and we’re only a month in.

The prospect of it being third time lucky for the writer and Grand Tour host has been blown out of the water today, with the publication of his latest car review: a test of the new plug-in hybrid version of the Audi Q5 SUV.

Considering Clarkson hasn’t always enjoyed SUVs, he’s surprisingly kind to the Audi early on. There certainly wasn’t anything for him to grumble about with regards to performance, as the car’s turbocharged 2-litre four-cylinder petrol engine and its electric motor combine to produce a healthy 357bhp, which he says makes it “no slouch”.

Clarkson also approved of the fact the plug-in Audi is quick even on pure-electric power, as the car is capable of reaching 84mph using just the electric motor. But, he points out, anyone looking forward to zero emission motorway blasts may want to temper their expectations, as “the batteries will be flat in about no seconds at all” if you try and drive the plug-in Q5 that fast.

Not that the Sunday Times columnist knows this from first hand experience, mind, as he says he never managed to get the car to work on electric power. “I stabbed at various buttons in the manner of an iPhone user who’s been given a Samsung to make an important call, but apart from different hieroglyphics appearing on the dash, nothing seemed to change” he confessed.

Trying to figure out how to make the hybrid system work in general appeared to give Clarkson quite the headache — which perhaps isn’t too surprising, since he had similar troubles with the plug-in hybrid Volvo XC90 he reviewed in November 2019.

And while Clarkson was impressed with the car’s “cleverness”, the predictive efficiency assistant — which he notes uses the satellite navigation, distance to the car in front, and other inputs before deciding whether to generate electricity from the electric motor during deceleration, or whether to simply free-wheel — made the Audi unpredictable when approaching roundabouts, he claimed.

“Sometimes I’d lift my foot off the accelerator and it felt like I’d jammed on the brakes, and sometimes it just coasted. And I never really knew what it was going to do next.”

Factor in the test car’s steep £61,000 pricetag and his belief that the chances of achieving the official 108.6mpg in the real world being possible only “in theory”, and Clarkson was forced to conclude the Audi “does absolutely nothing to change my mind” about plug-in hybrids and electric cars having too many drawbacks to appeal to most motorists; even those wanting to go green.

Clarkson doesn’t fully write off the non-plug-in Q5, though, saying car buyers who are after a spacious, reliable, four-wheel-drive family car will likely find a lot to like about it.

He said: “While it doesn’t float my boat — I pretty much hate all cars of this type — it ticks all of the boxes for those who aren’t ‘carnoisseurs’ or petrolheads or speed freaks.”