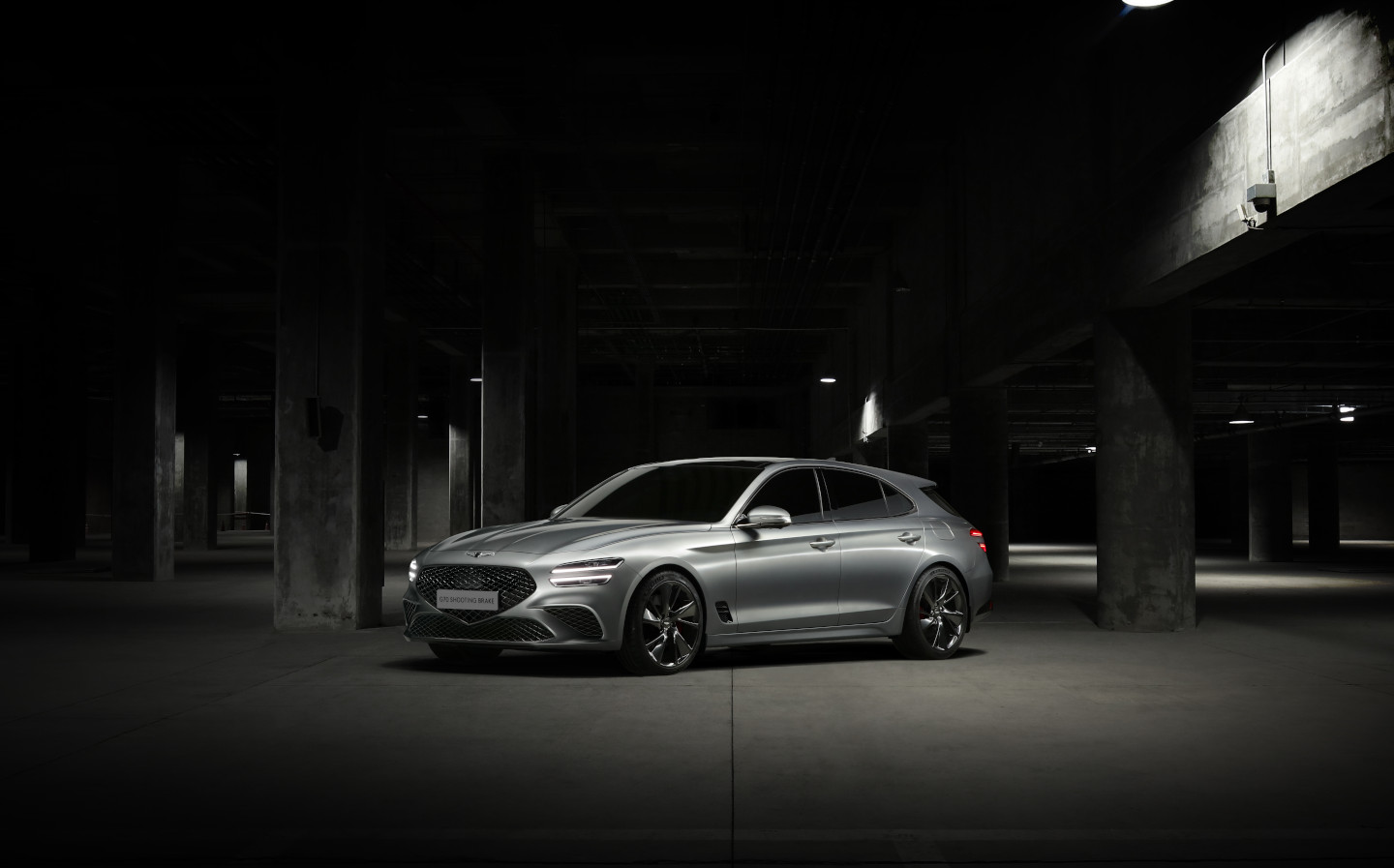 JUST A week after its official UK launch, Genesis has revealed its first model exclusive to Europe: the G70 Shooting Brake.

Based on the Genesis G70 saloon launched last year, the new variant capitalises on a European appetite for estate cars not present in the car maker’s other key markets, America and Asia.

As Hyundai Motor’s premium brand (think Lexus to Toyota or Infiniti to Nissan), Genesis’s estate gets a flash coupé-like rear end. With few other shooting brakes in its segment, the G70 will compete with the likes of the BMW 3 Series Touring, Mercedes-Benz C Class Estate and Audi A4 Avant.

At 4,685mm long, it’s smaller than cars like the Volkswagen Arteon Shooting Brake and the Volvo V60. 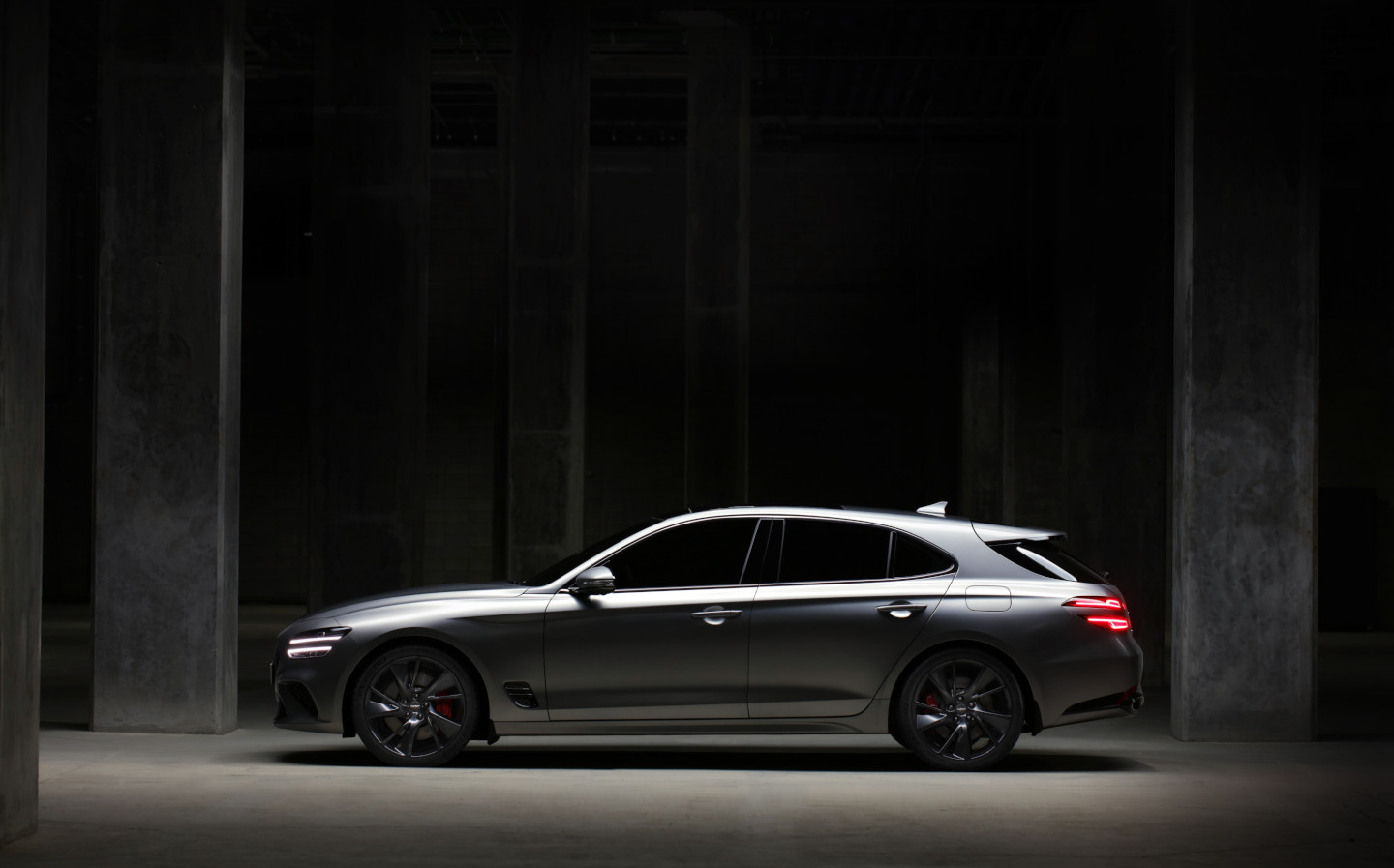 Despite its comparatively diminutive dimensions, Genesis says that the G70 Shooting Brake packs 40% more luggage space than the G70 saloon — although its length, width and wheelbase are the same size. Based on the US market G70 Saloon, this would equate to a fairly unimpressive cargo volume of around 415 litres with the rear seats in place, suggesting style is more important than load-lugging. 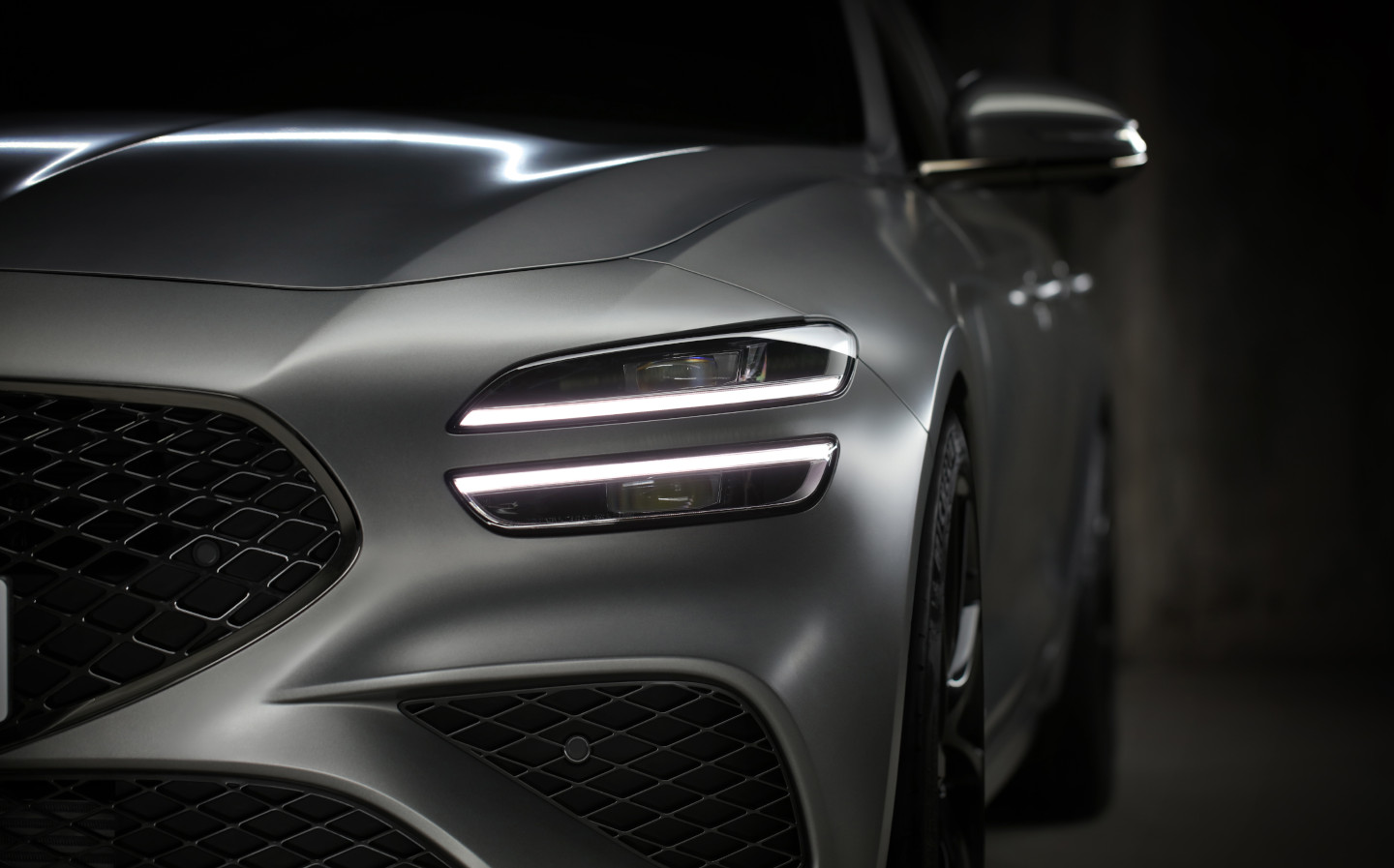 Genesis launched in the UK at the beginning of May with the larger G80 saloon and the GV80 SUV equivalent, the latter of which made headlines earlier this year due to Tiger Woods’ high-speed crash at the wheel of one.

Upon its launch, the company said that the G70 and its GV70 SUV equivalent would “soon follow”, and that a pure-electric version of the G80 would kick off its plug-in line-up.

Dominique Boesch, managing director of Genesis Motor Europe, said: “We are delighted to reveal this bespoke product — tailored for our European customers — so soon after revealing news of our arrival into the region.

“The G70 Shooting Brake marries luxury and European automotive heritage with our design philosophy of Athletic Elegance. Our fifth car in Europe, the Shooting Brake will stand apart through its unique design; it is a clear statement of our commitment to the region.” 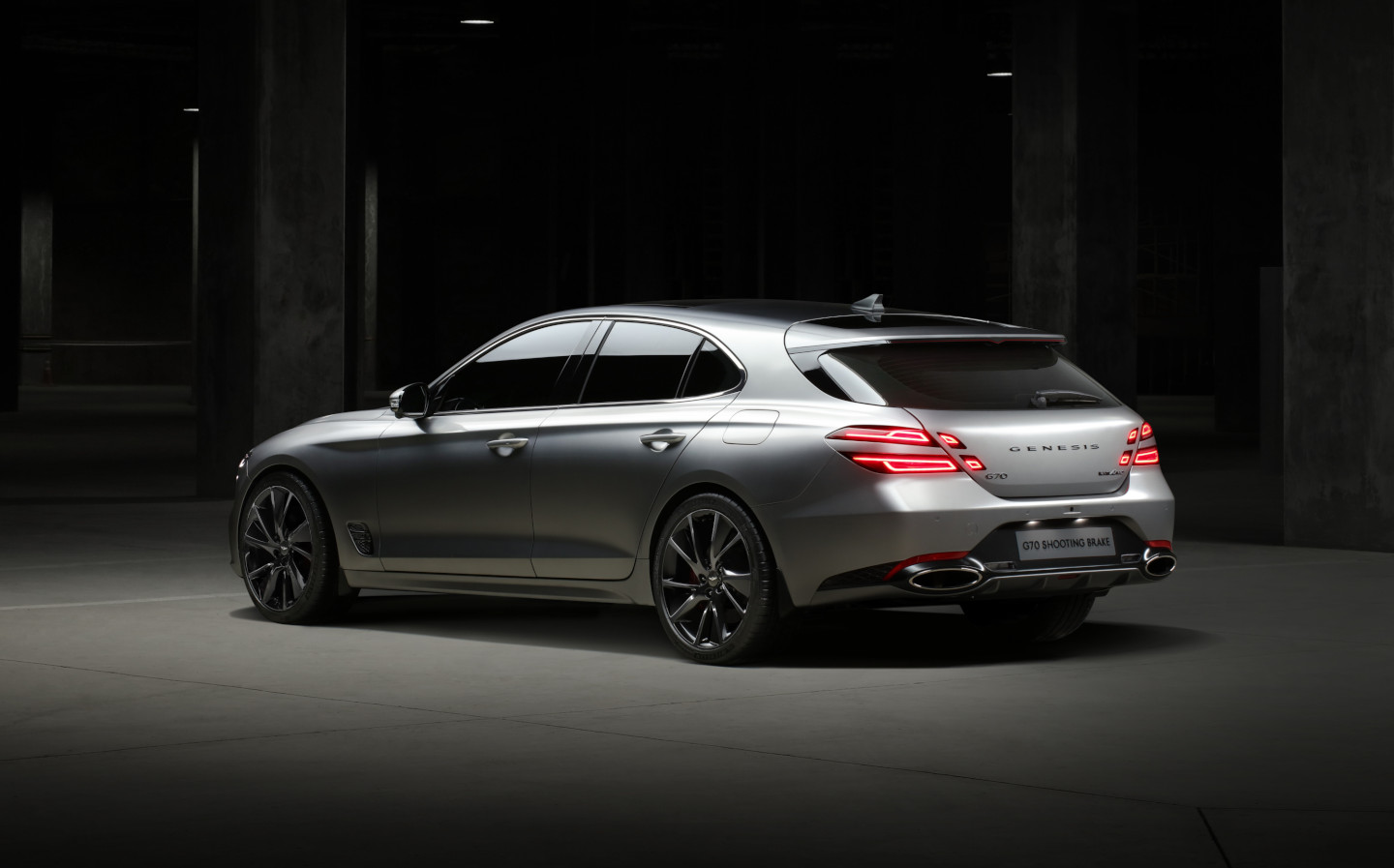 Genesis has not revealed powertrain specifications for the shooting brake but the US version of the G70 has engines ranging from a 2.0-litre turbocharged inline four to a 3.3-litre, twin-turbocharged V6. Power goes from 248bhp to 360bhp, meaning the G70 packs plenty of brio. 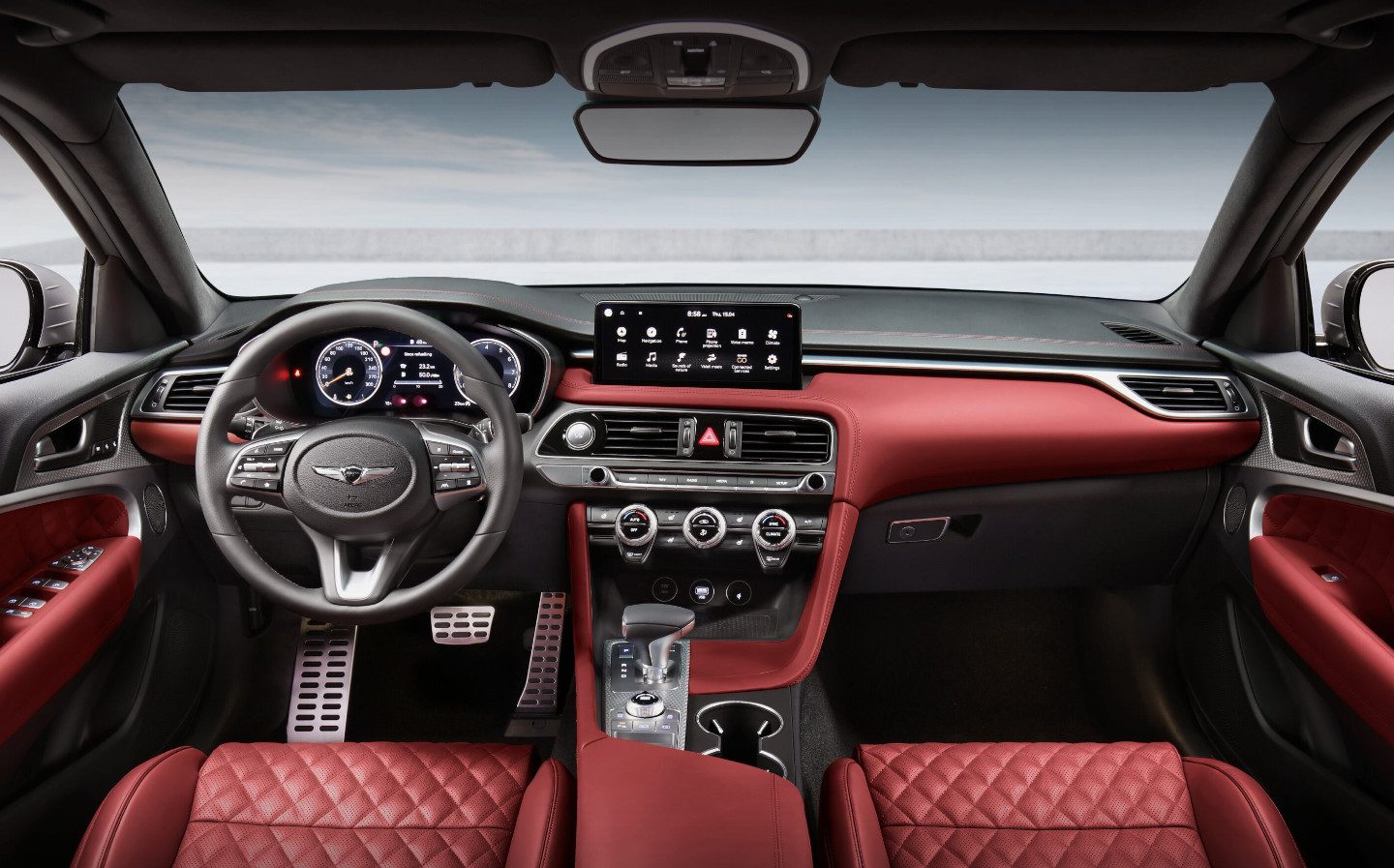 The G70 Shooting Brake will be the fifth Genesis to hit the European market — the G80 and GV80 will introduce the winged logo to UK roads this summer, with the G70 Saloon and GV70 following soon after. Germany, the UK and Switzerland will be the first locations in which the models will launch.