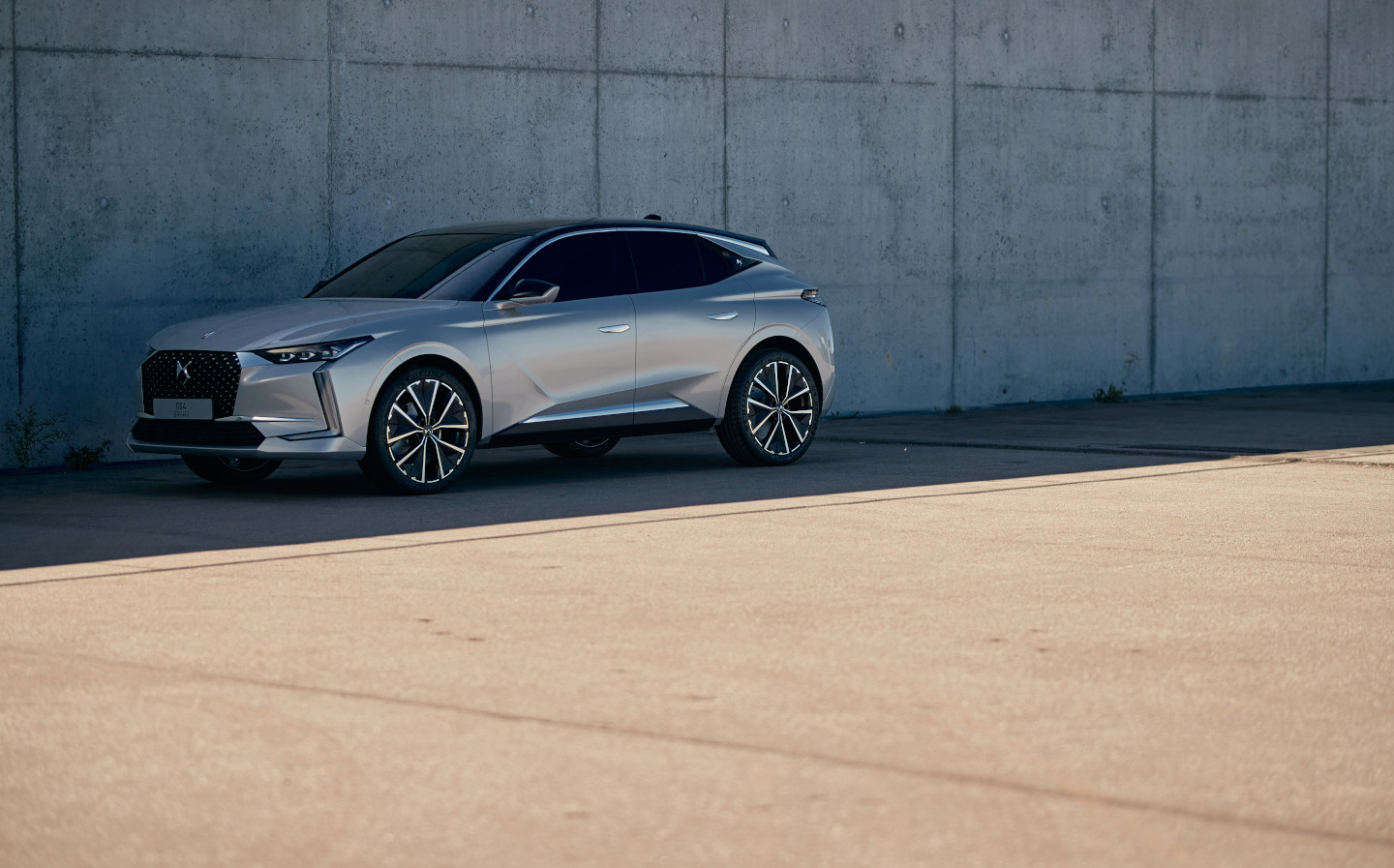 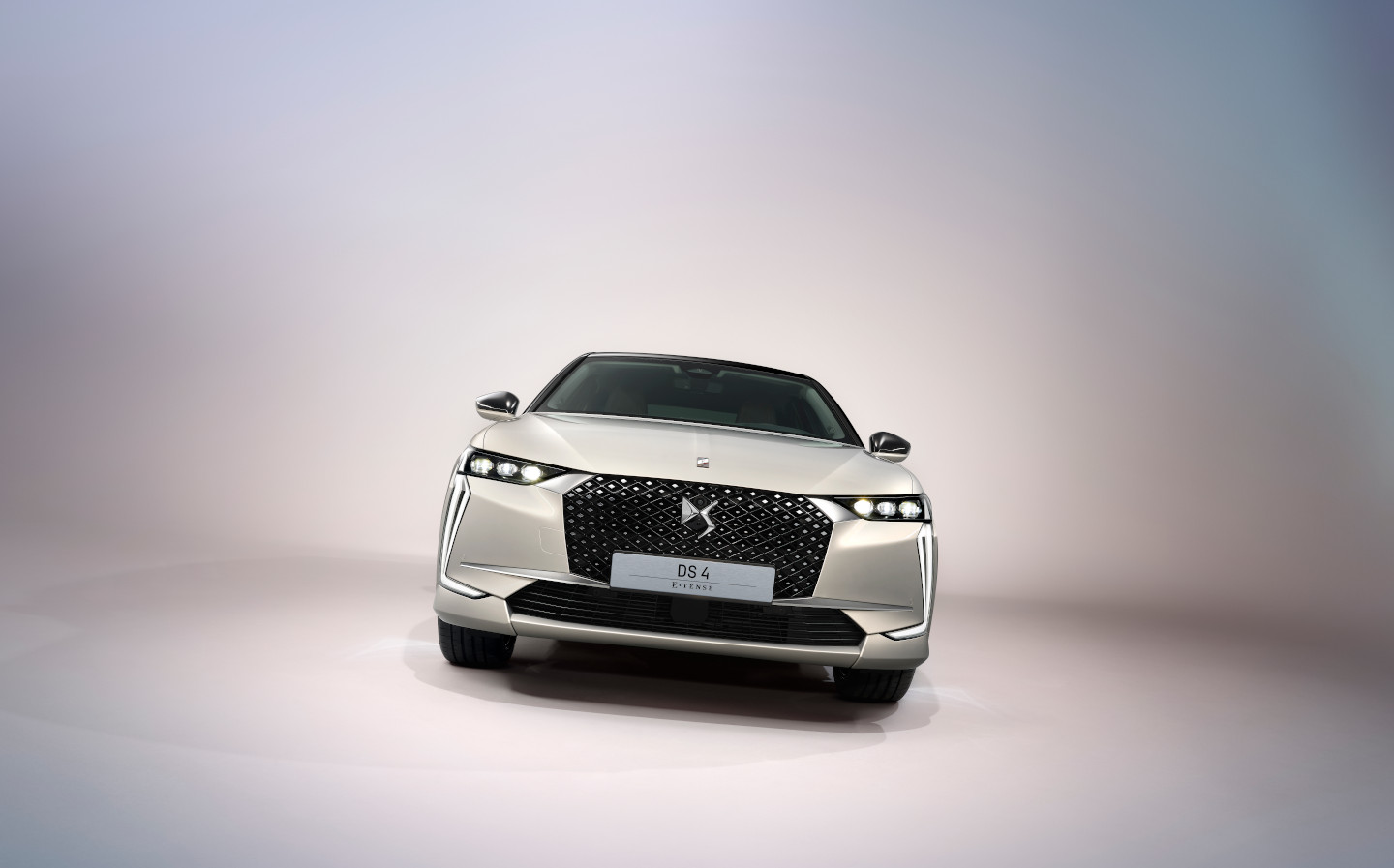 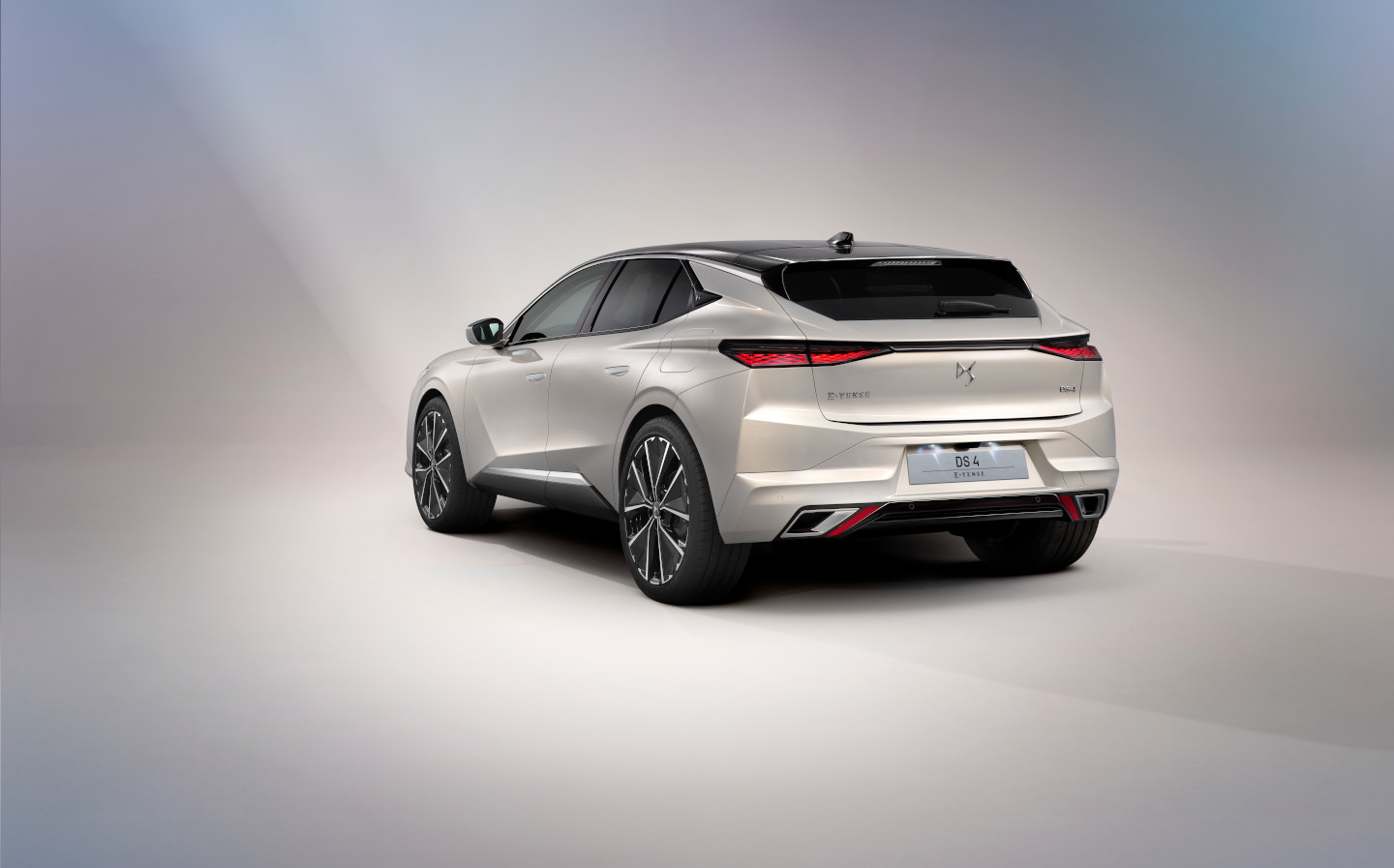 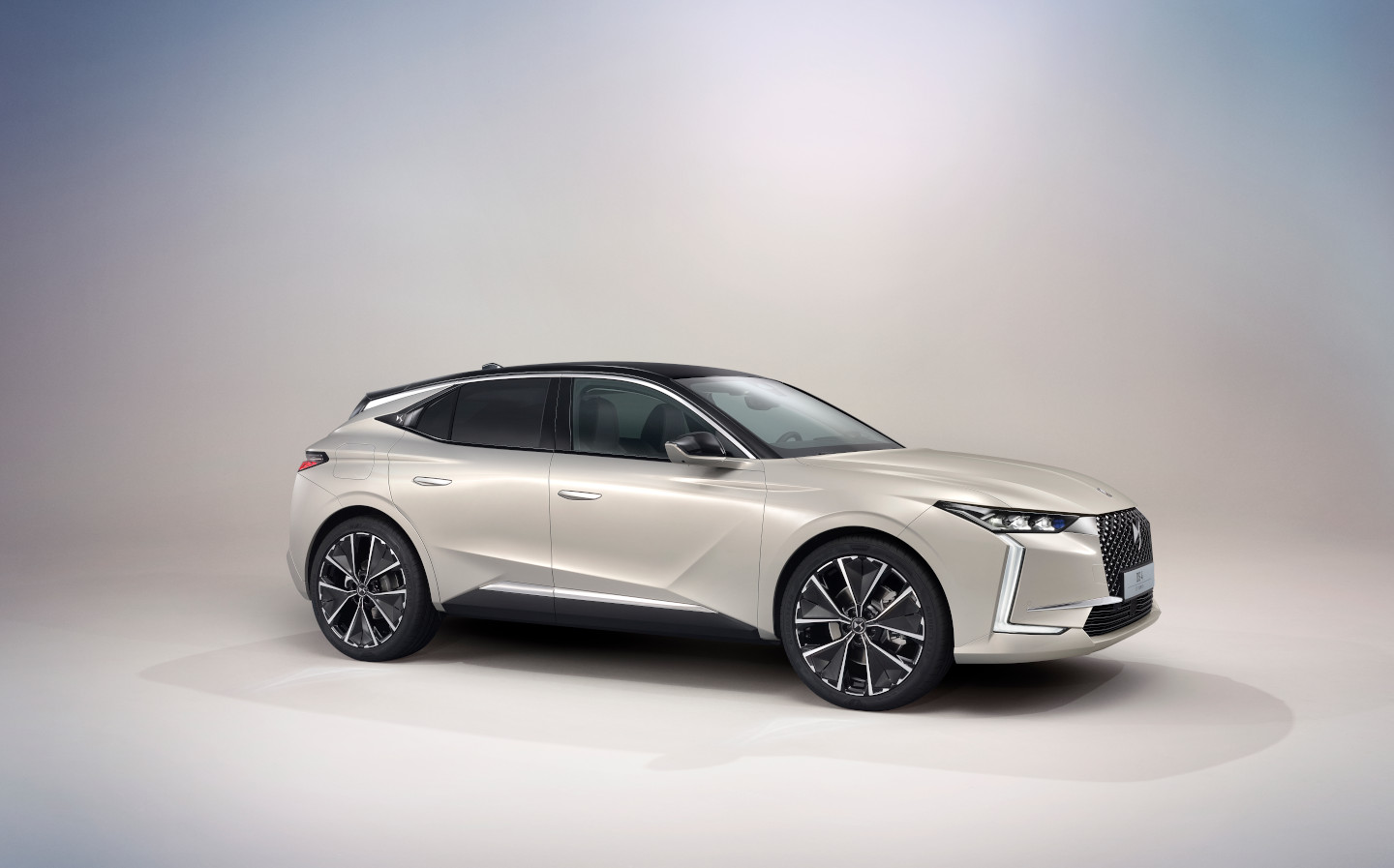 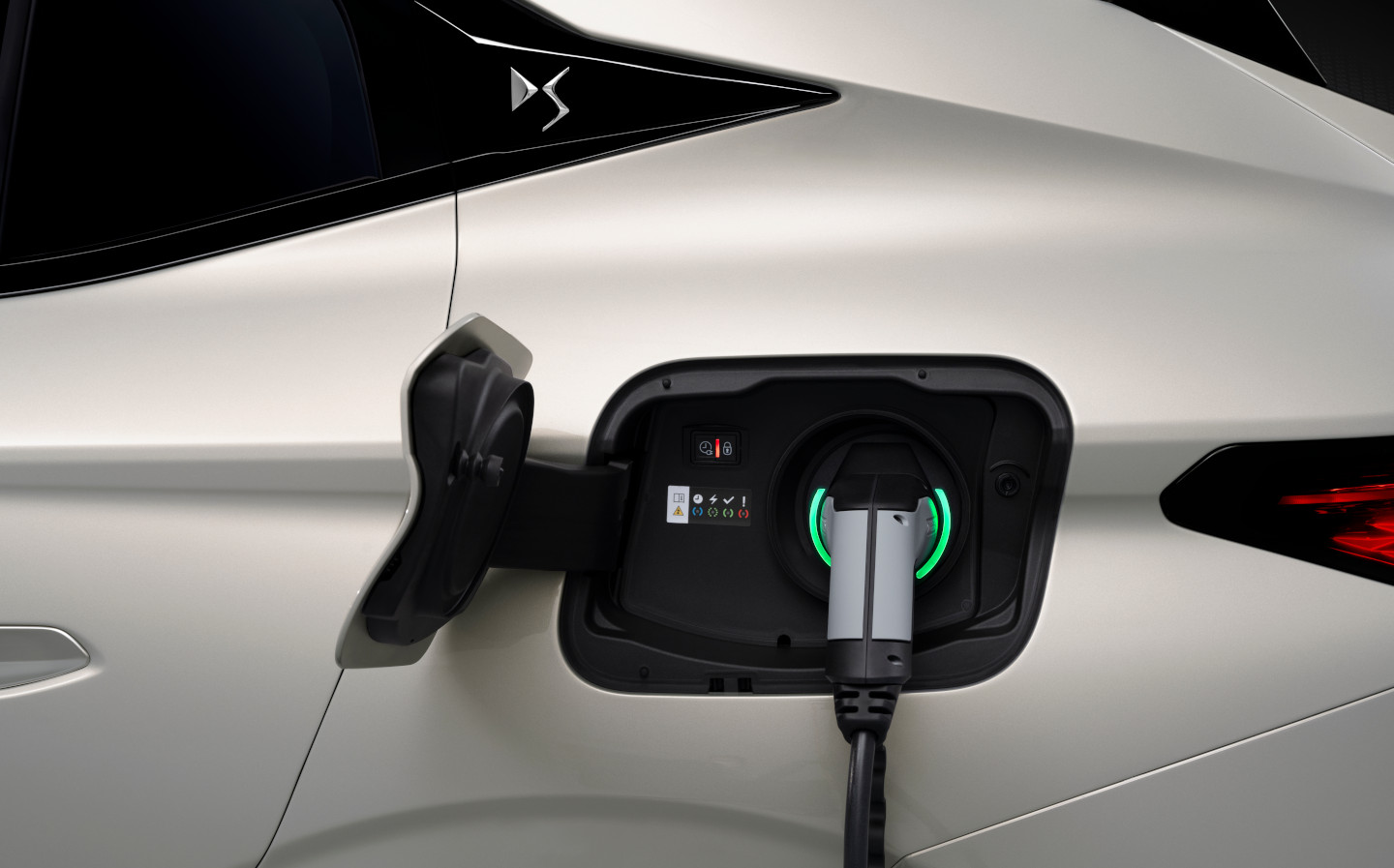 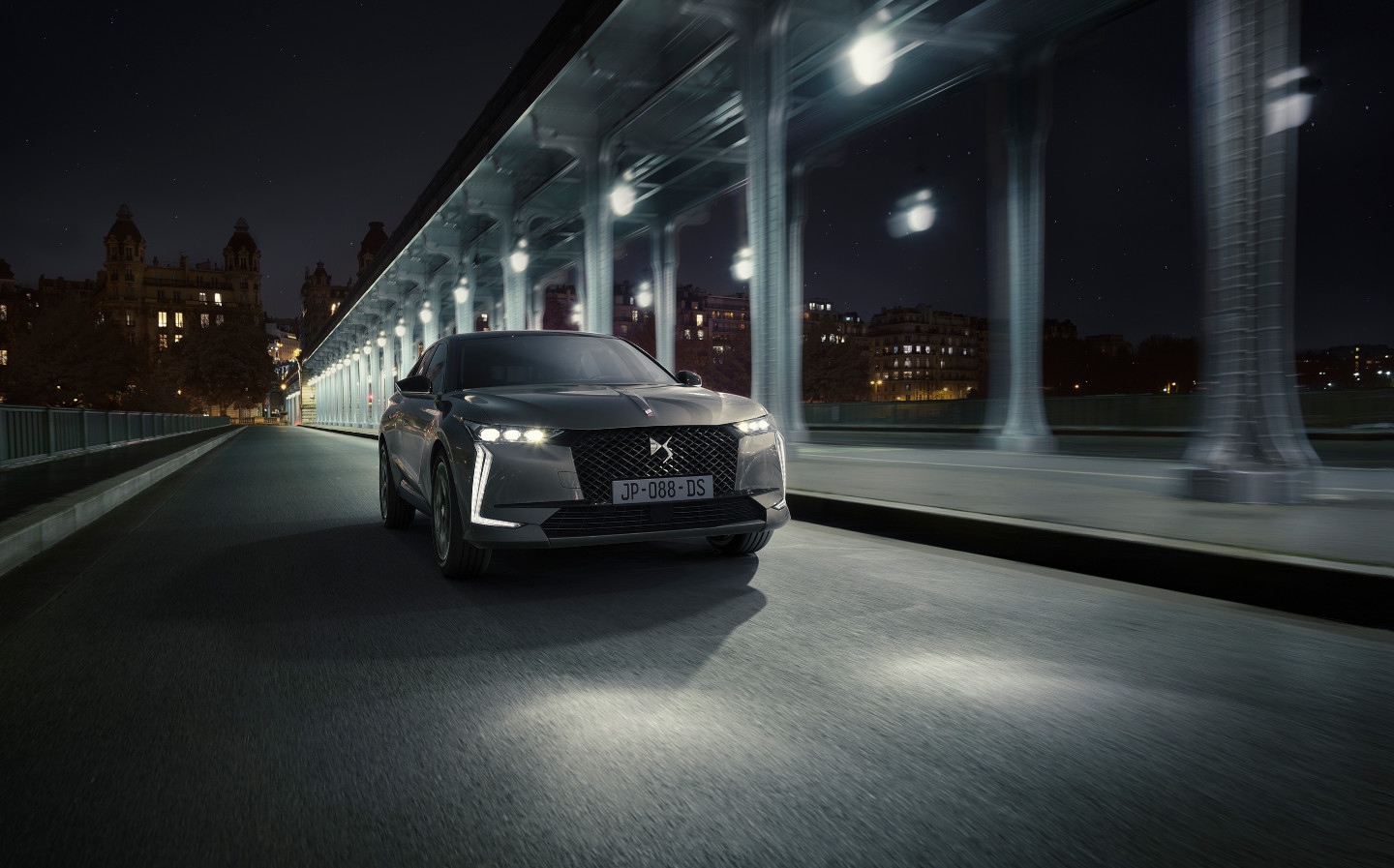 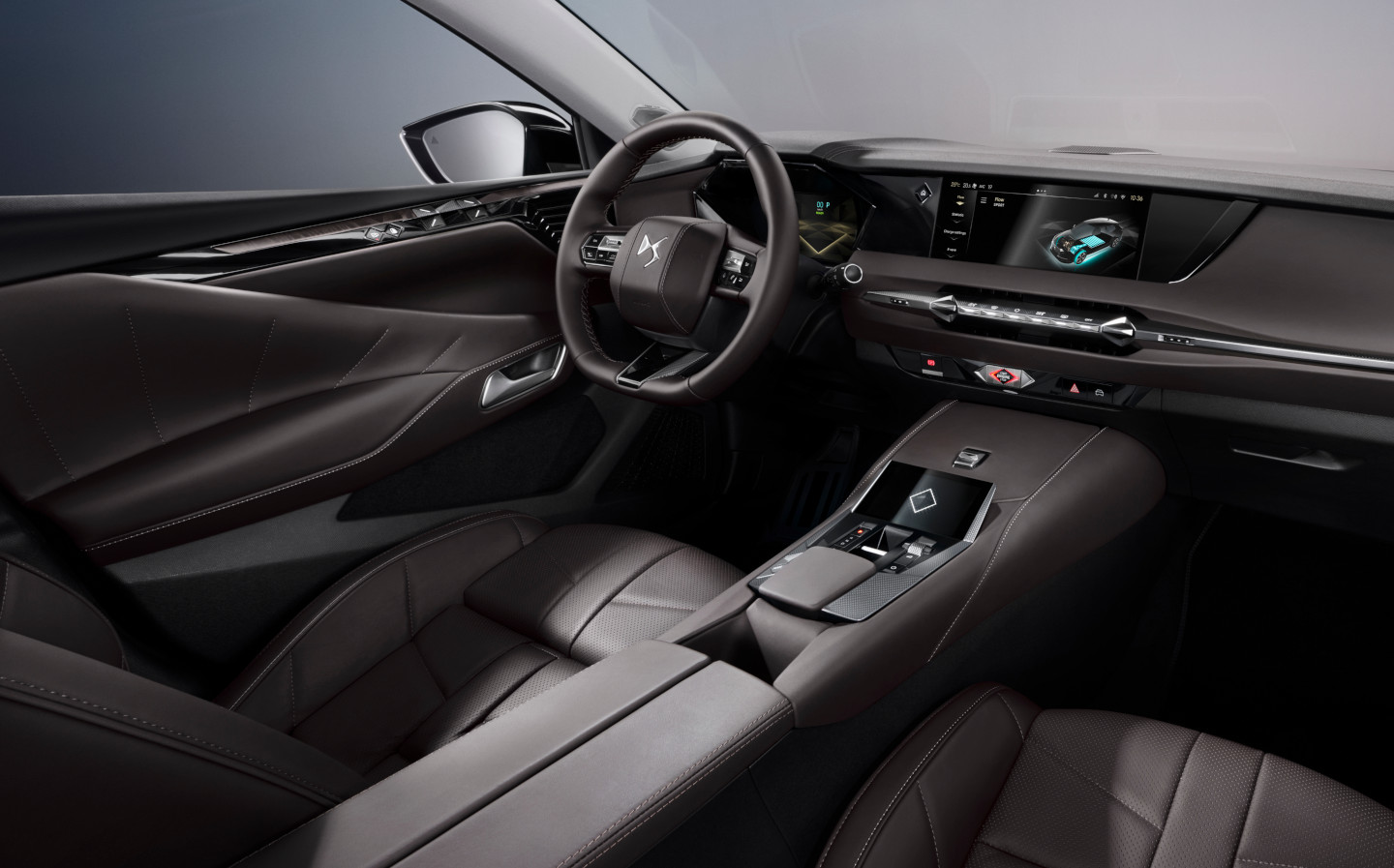 The previous DS 4 hatchback struggled to compete with the likes of the Audi A3 and Mercedes A Class but the new model is noticeably more upmarket in design.

In DS 4 Cross guise, the silhouette of the vehicle shifts more towards that of a traditional SUV, and optional extras include Advanced Traction Control for improved control on tricky surfaces.

A new Performance Line variant has the same driving characteristics as the standard DS 4 hatchback but comes with black trim and exclusive interior.

The underpinnings of the car are based on those used in other cars made by DS Automobiles’ parent company, PSA — now part of the newly-formed Stellantis group — including the DS 7 Crossback, Citroën C5 Aircross, Peugeot 3008 and new DS 9 executive saloon. However, 70% of its parts are new or exclusive to the DS 4.

As with other models in its range, DS, which was formerly the luxury arm of Citroën but is now a brand in its own right, calls the styling of the DS 4 “avant-garde”. It strikes a different note to most rivals, with a mix of curves and creases that make the exterior design more arresting.

According to the car maker’s product director, the car’s design attempts to bridge the gap between the traditional hatchback and in-vogue coupé SUV, such as the new Ford Mustang Mach-E pure-electric car, which has a roofline that slopes low towards the car’s rear.

The DS 4 Cross’s bodywork’s contours and sharp lines are intended to draw the eye towards the vehicle’s C-pillar, which is finished in gloss black with an inset DS logo. 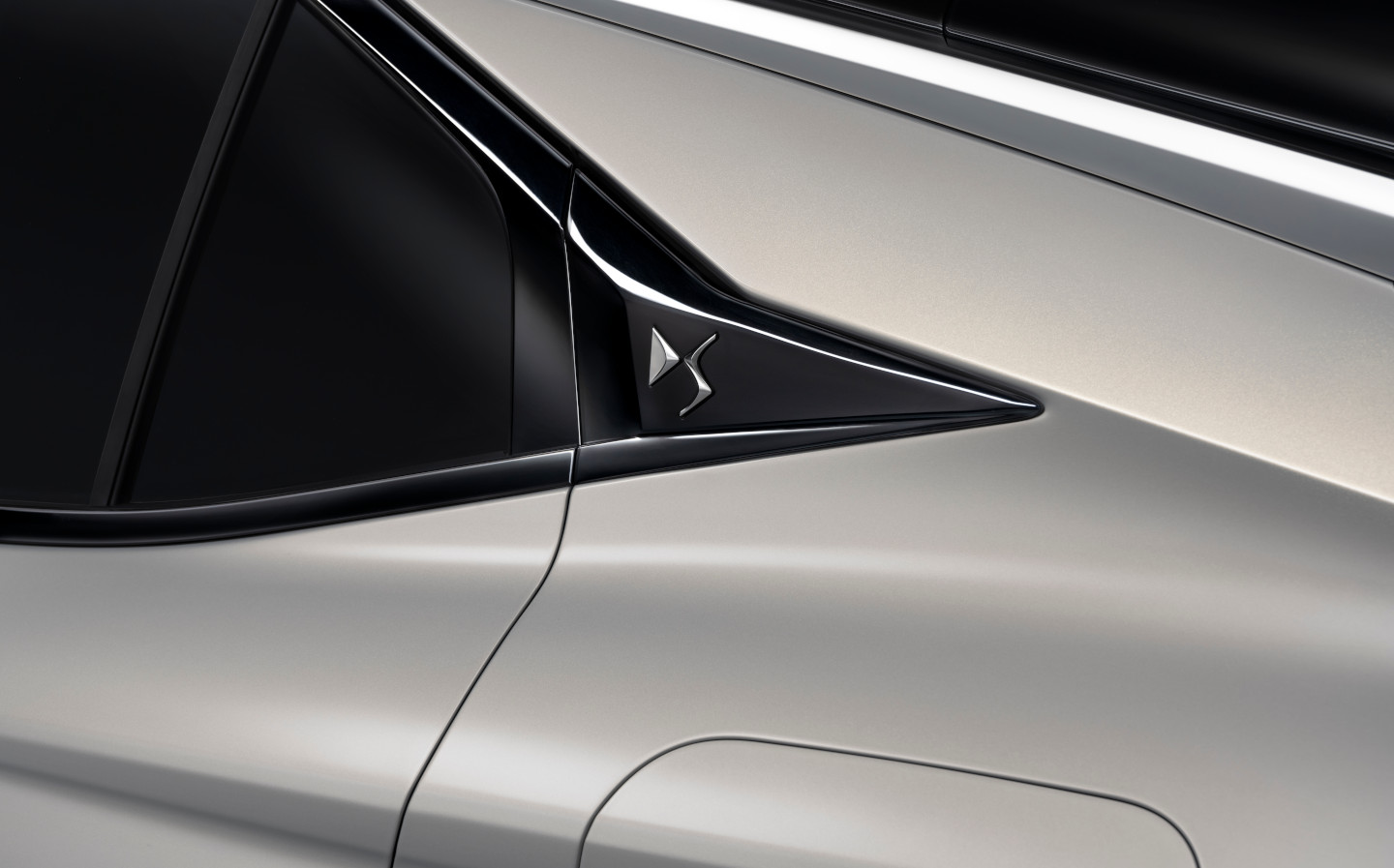 Other noticeable exterior features include proportionally huge wheels (up to 20in — not out of place on a saloon, but big for a hatchback), a stylistic choice inspired by the Aero Sport Lounge concept SUV that the car maker unveiled last February.

What engines will be offered on the DS 4?

DS said that its (mostly) new architecture has been developed with versatility in mind, and as such the DS 4 and DS 4 Cross are being offered with a number of powertrains including petrol, diesel and plug-in hybrid (PHEV).

The PHEV model packs a range-topping 222bhp, and the company claims the tech used in the electrified powertrain has trickled down from the championship-holding DS Techeetah Formula E racing team.

The hybrid set up comprises a 178bhp turbocharged four-cylinder engine working alongside a 108bhp electric motor, with the combined output getting on for hot hatch territory.

The battery in the DS 4 PHEV is more efficient than those used in previous electrified DS models like the DS 7 Crossback E-Tense, thanks to cells that are smaller, but have larger capacity. These enable an electric range of more than 30 miles, says DS.

In order to counter the additional heft of the hybrid powertrain, weight saving measures have been made including composite components and more compact elements.

For traditionalists who want 222bhp without the battery assistance, there is a pure-petrol version of the DS 4 being released with the same amount of power. Two other petrol powertrains, with 178bhp and 128bhp will also be released, as will a 128bhp diesel model kitted out with PSA’s BlueHDi technology to lower emissions.

DS says there will also be a “range of particularly efficient multi-energy versions” of the DS 4, which indicates a range of non-plug-in hybrids.

True to its luxury branding, DS has packed the interior of the DS 4 with high-end materials, including Nappa leather, Brown Ash wood, forged carbon and Alcantara — with the latter increasing in abundance if the Performance Line trim is chosen.

The interactive areas of the interior — the air conditioning controls, electric window switches and centre console — have been highlighted using a “Clous de Paris guilloche” pattern, which is inspired by fine watchmaking. The brown Nappa leather seats also bear a pattern inspired by watchstraps.

DS has introduced what it calls “invisible vents”, decreasing the prominence of the air conditioning system for a more minimalistic interior, which is certainly à la mode. An air filtration system actively senses for particulate matter in the cockpit and can purify the air inside the car in a few minutes.

What tech does the DS 4 have?

Systems in the DS 4 are controlled using a 10in touchscreen, which can be operated using a unique gesture control system. The car maker’s press release made no mention of the haptic hand tracking technology that it announced late last year, although software will be modernised using over-the-air updates.

Through a new piece of tech that DS calls an Extended Head-up Display, vital driving details are projected directly onto the road, approximately four metres ahead of the windscreen. According to DS, this makes driving safer as the driver does not have to take their eyes off the road to check speed or even what song they’re listening to.

The car maker also claims that the DS 4 will be the first car in its segment to have “Active Scan Suspension”, which comprises a camera paired with the car’s dampers. The camera, positioned at the top of the windscreen, scans the road ahead for irregularities and transmits data to a computer that makes the ride harder or softer.

The DS 4 will also come with a Matrix LED headlight system that not only tracks and dips the full beam around other vehicles automatically, but also adapts the headlight angle and individual beam strength to work best in rainy or foggy conditions.

How much will the DS 4 cost and when will it go on sale?

The DS 4 will be released in the fourth quarter of this year.

DS has not revealed the starting price of the new DS 4 of DS 4 Cross. However Lexus, which DS sees as a close competitor — and in fact overtook last year for overall sales — charges upwards of £29,950 for its DS 4 Cross equivalent, the UX Hybrid SUV.

– After reading about the new DS 4 hatchback and DS 4 Cross, you might want to read Driving.co.uk’s review of the DS 3 Crossback, the car maker’s smallest offering.
– Driving.co.uk also reviewed the plug-in hybrid version of that car, the DS-3 Crossback E-Tense.
– Times Luxx also got the chance to drive the “extraordinary” DS X E-Tense concept car.