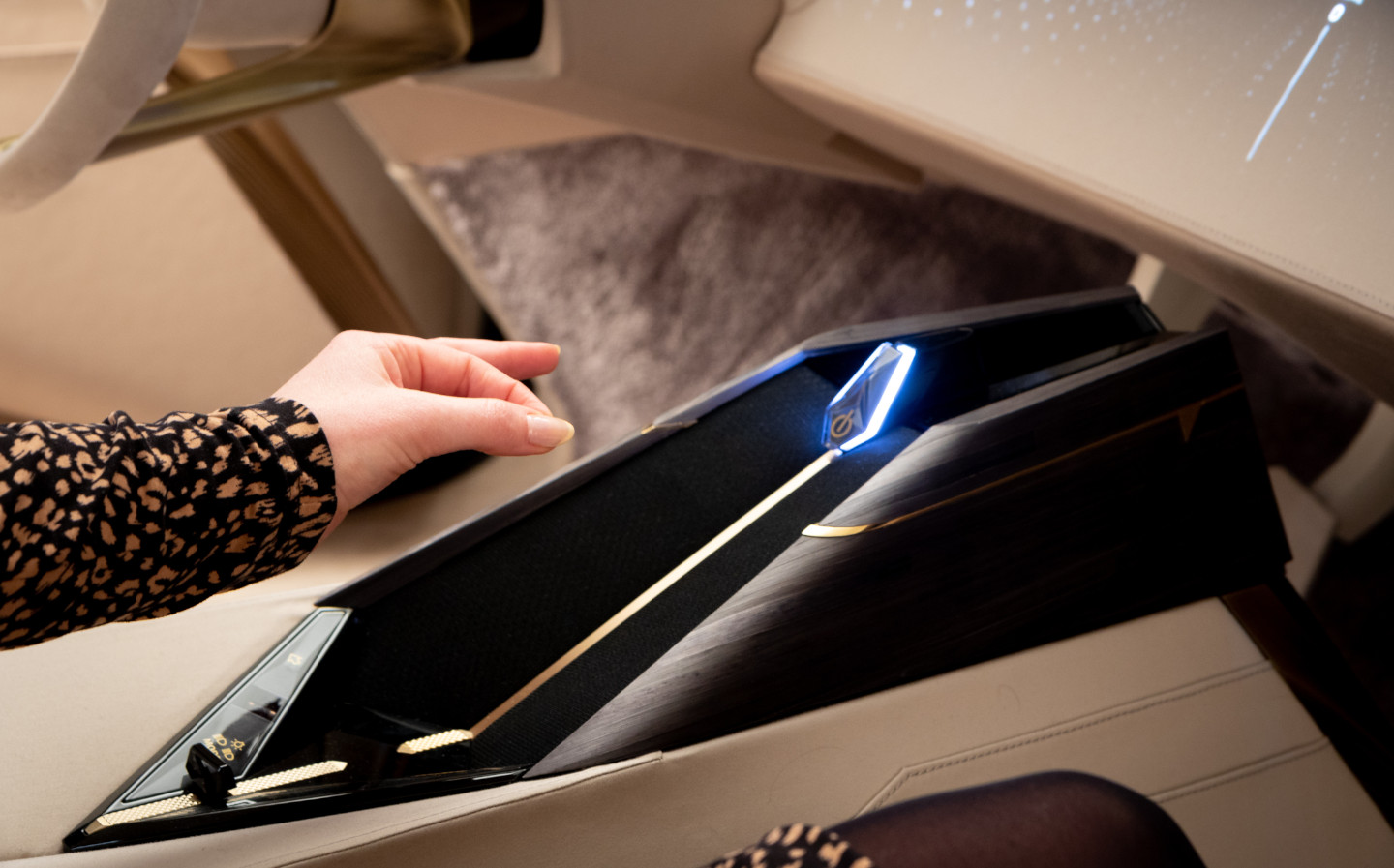 DS AUTOMOBILES, the premium car maker formerly part of Citroën, has claimed that technology on its future cars will spell the end of car touchscreens.

The brand, whose current UK offerings comprise the DS 3 crossover and DS 7 SUV, with the DS 9 executive saloon due to hit roads in the coming months, is working with technology company Ultraleap to bring “mid-air haptic and hand tracking technology” to its car line-up.

The technology enables the driver to control the car’s functions using mid-air gestures. While other car makers such as BMW have already introduced gesture control to their cars, the DS tech goes further thanks to a series of ultrasonic speakers that can project “haptic feedback” — vibrations designed to simulate button presses — onto the hand. The frequency used is imperceptible to the human ear but the user is able to feel a sensation, which offers confirmation that their gestures have been recognised and understood.

The waves can be manipulated to form different patterns, which translate to different tactile sensations for various functions — for example a click, double click, dial or ripple.

Myriad functions can be controlled using such gestures, from entertainment to navigation, says DS. Furthermore, Ultraleap’s “Skeletal tracking” technology, which models the bones and joints of the user’s hand, means that gesture control should work even when the hand is obscured from view.

On an aesthetic level, this enables DS to rid the cockpit of what it deems to be aesthetically undesirable buttons and switches. It also has safety benefits, the company says, enabling the driver to control the car’s auxiliary functions while keeping their eyes on the road.

In fact, the car maker claims that the system offers three times greater accuracy than touchscreens, and that 25% of participants who used the technology in trials were able to use the gesture control without taking their eyes off the road. Its adoption will spell the end of car touchscreens, DS says.

The haptic gesture control system was teased on the Aero Sport Lounge SUV concept, which the French company debuted at the end of February.

The design study is fitted with drivetrain technology based on that used by the championship-winning DS Techeetah Formula E team. It has a powerful 671bhp electric motor and a claimed range of over 400 miles, thanks to a 110kWh battery.

When Driving.co.uk asked DS if the concept would be going into production, a representative said: “DS deliberately build concept cars to play key roles in designing and inspiring future DS models. While we can’t reveal full direct details about the future production models, many of the features from ASL will translate into future cars.” How quickly we can expect to see such technology on future cars is unclear.

However, BMW’s non-haptic system is already on production cars, with hand gestures made over the gear lever to control the stereo volume, skip tracks in your playlist and select options in the infotainment menu. However, in a long-term test of the BMW 3 Series Touring, Driving.co.uk editor Will Dron found it an unnecessary addition to the car’s functions, finding the Alexa-style AI voice control a much easier and more intuitive way to adjust settings.

Meanwhile, Jaguar’s oxymoronically-named “contactless touchscreen” technology, which it announced in July in response to the coronavirus pandemic, uses sensors and artificial intelligence to predict a user’s intended destination on a touchscreen. According to the British car maker, the technology offers the “dual benefit of keeping drivers’ eyes on the road and reducing spread of bacteria and viruses in post COVID-19 world”.

Interested in technology on future cars? Check out Skoda’s glow-in-the-dark seatbelt buckles, that are easier to fasten in the dark.