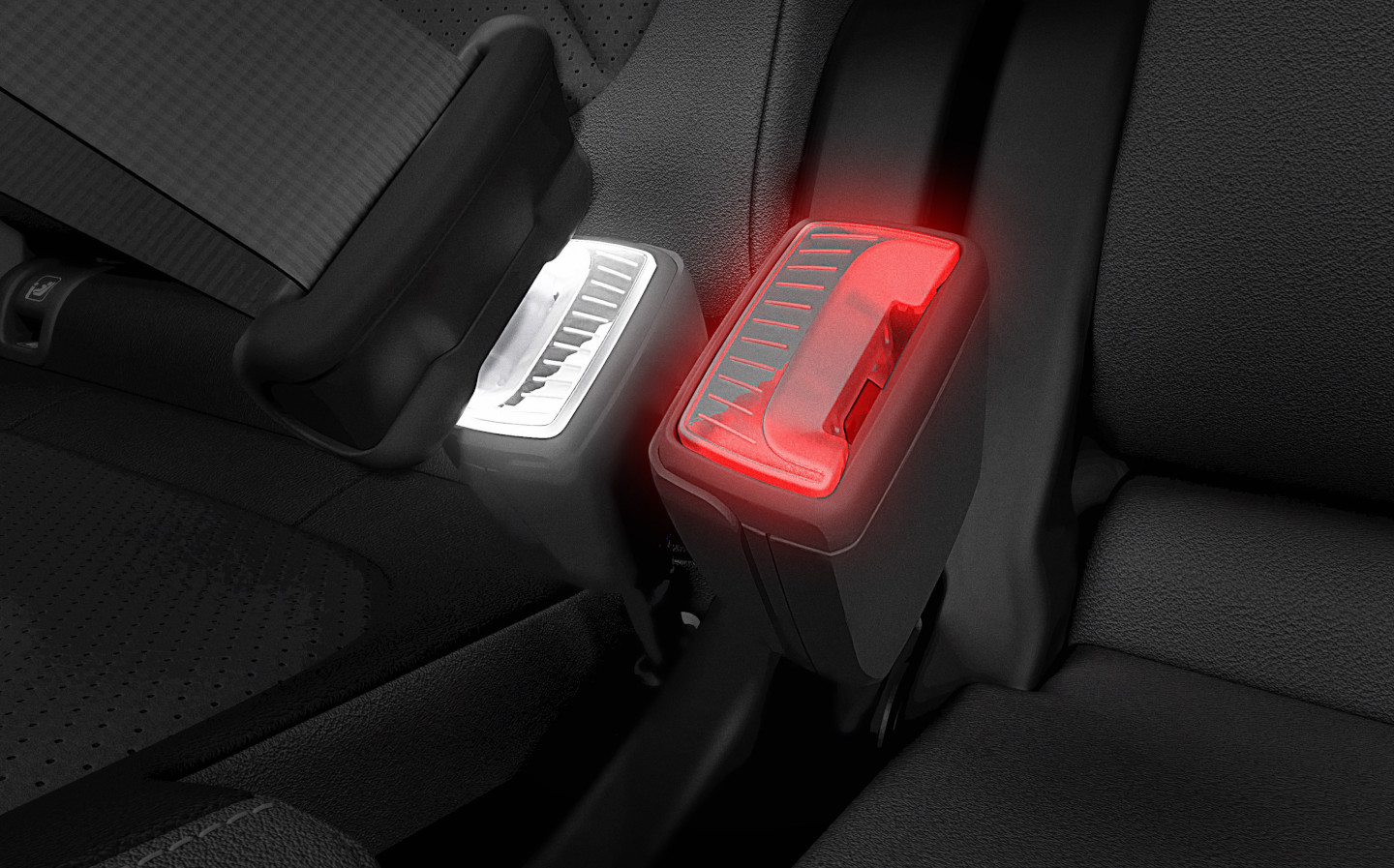 CZECH car maker Skoda has announced that it is working on illuminated seatbelt buckles that it says are easier to fasten in the dark.

The company has been granted a worldwide patent for the technology, which would see the traditional red ejector button swapped out for an LED-lit replacement. The button will glow white when the seat is unoccupied, in order to make it easy to locate. An animated welcome sequence can also be programmed into the device to make them even more noticeable.

Once a person is seated, the button will glow red when the seatbelt is unfastened before switching to green then back to white once the occupant is secure. Skoda says that this feature is included so that parents “can see immediately if their children have either forgotten to fasten their belt or have not engaged the buckle correctly”.

The “smart illuminated seatbelt buckle” is one of many patents that Skoda works on every year, it says. The car maker claims to have filed 94 individual patent applications in 2019, more than any other company in the Czech Republic. Other innovations that Skoda is working on include a carpet made of “hollow fibre fabric”, which is supposedly easier to clean and doesn’t show dirt as much as traditional carpet, and a “flexible cargo snake” that allows boxes and crates to be secured in the boot more securely. It is also aiming to streamline the manufacturing process by introducing a production line camera system that aligns the car throughout welding.

Wearing a seatbelt is compulsory under UK law and you can be fined up to £500 if caught by police while not wearing one. You can also be fined if a child under the age of 14 is found in your car without a seatbelt on.

Skoda currently has 10 passenger cars on its roster, including the new Enyaq iV pure-electric SUV, which shares a platform with other EVs in the VW Group including the VW ID.3 and the upcoming Audi Q4 e-tron.

It’s unclear as to whether or not Skoda’s nifty inventions like the smart illuminated seatbelt buckle will make their way onto other VWG models, or when they will find their way into passenger cars.