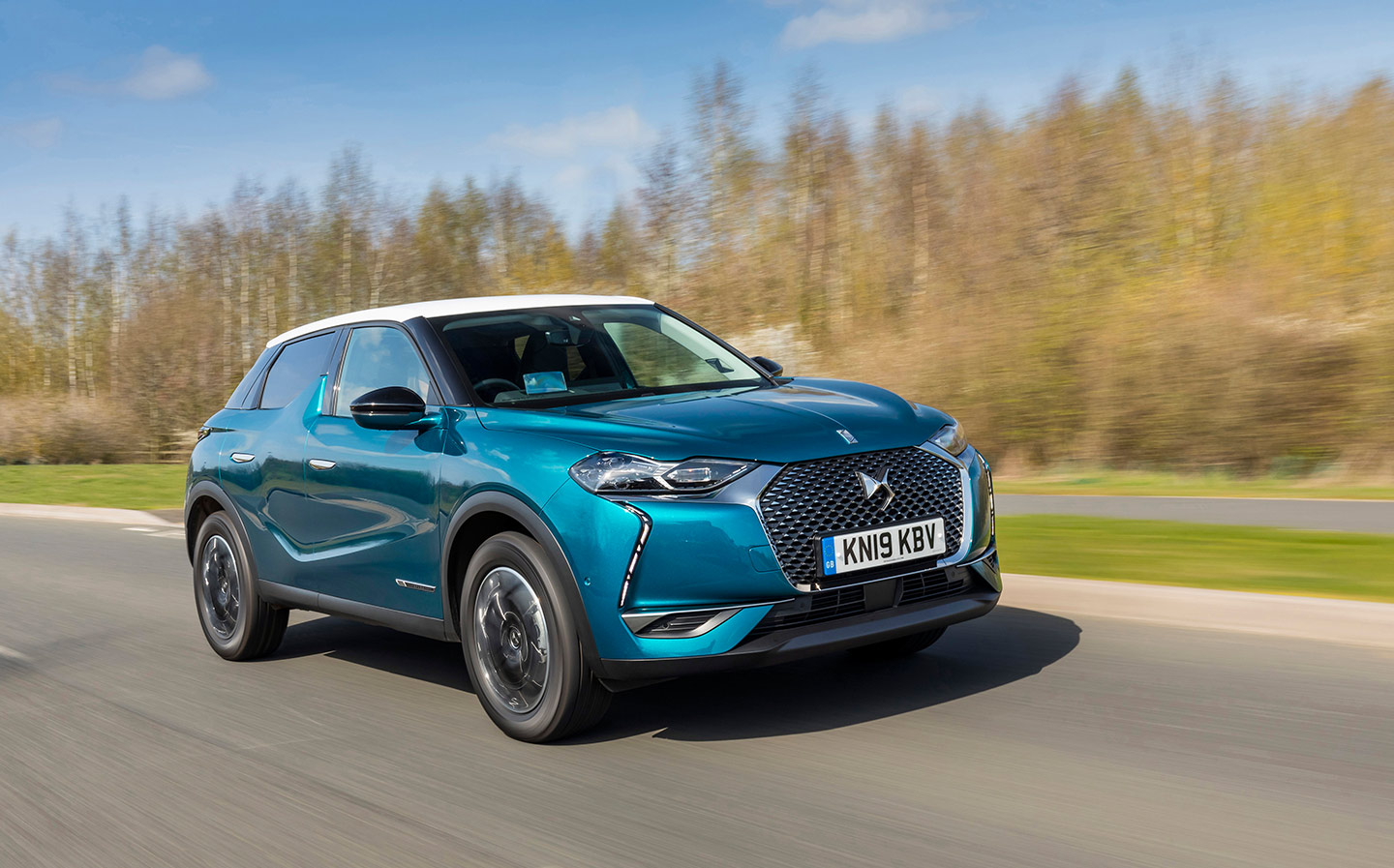 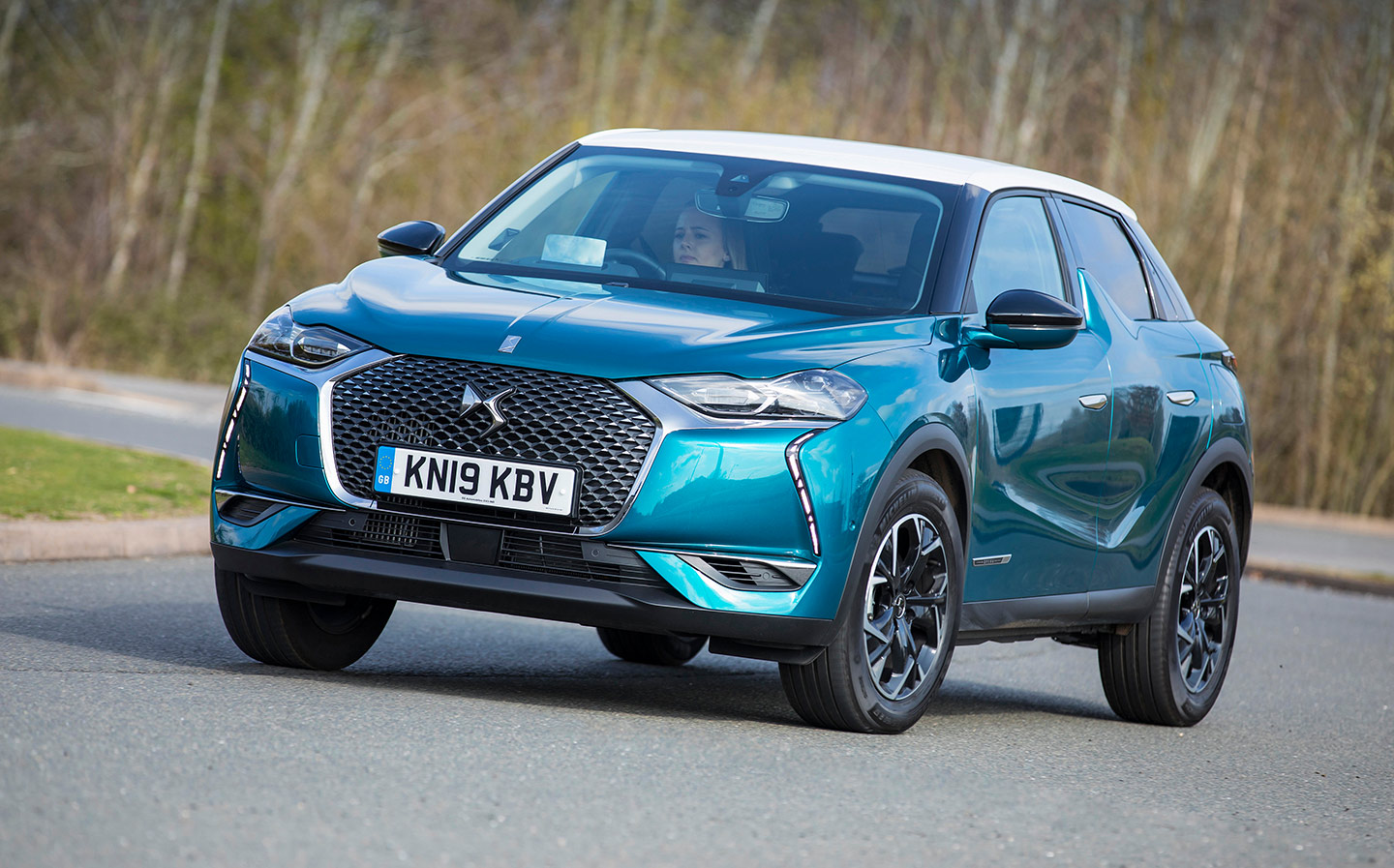 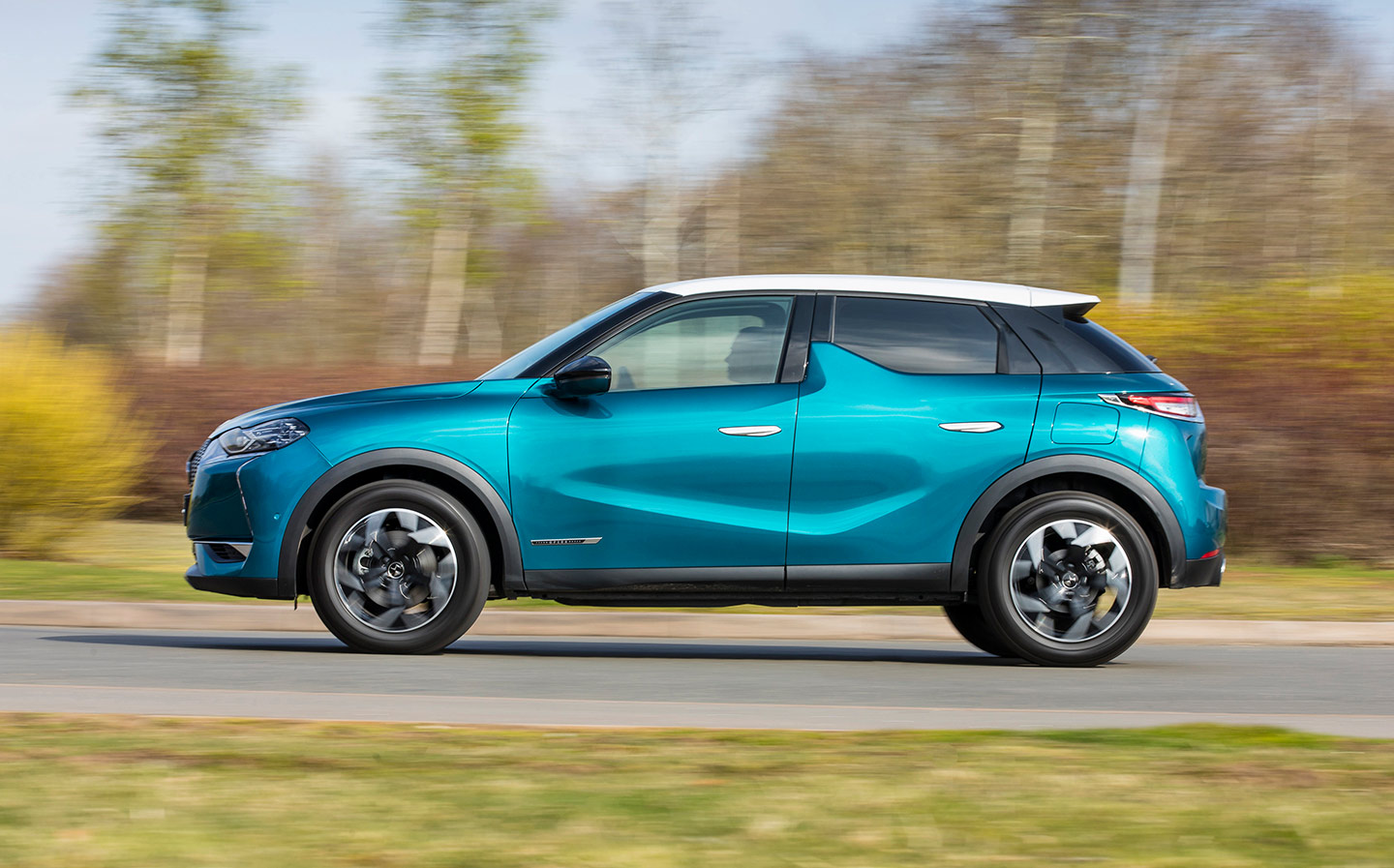 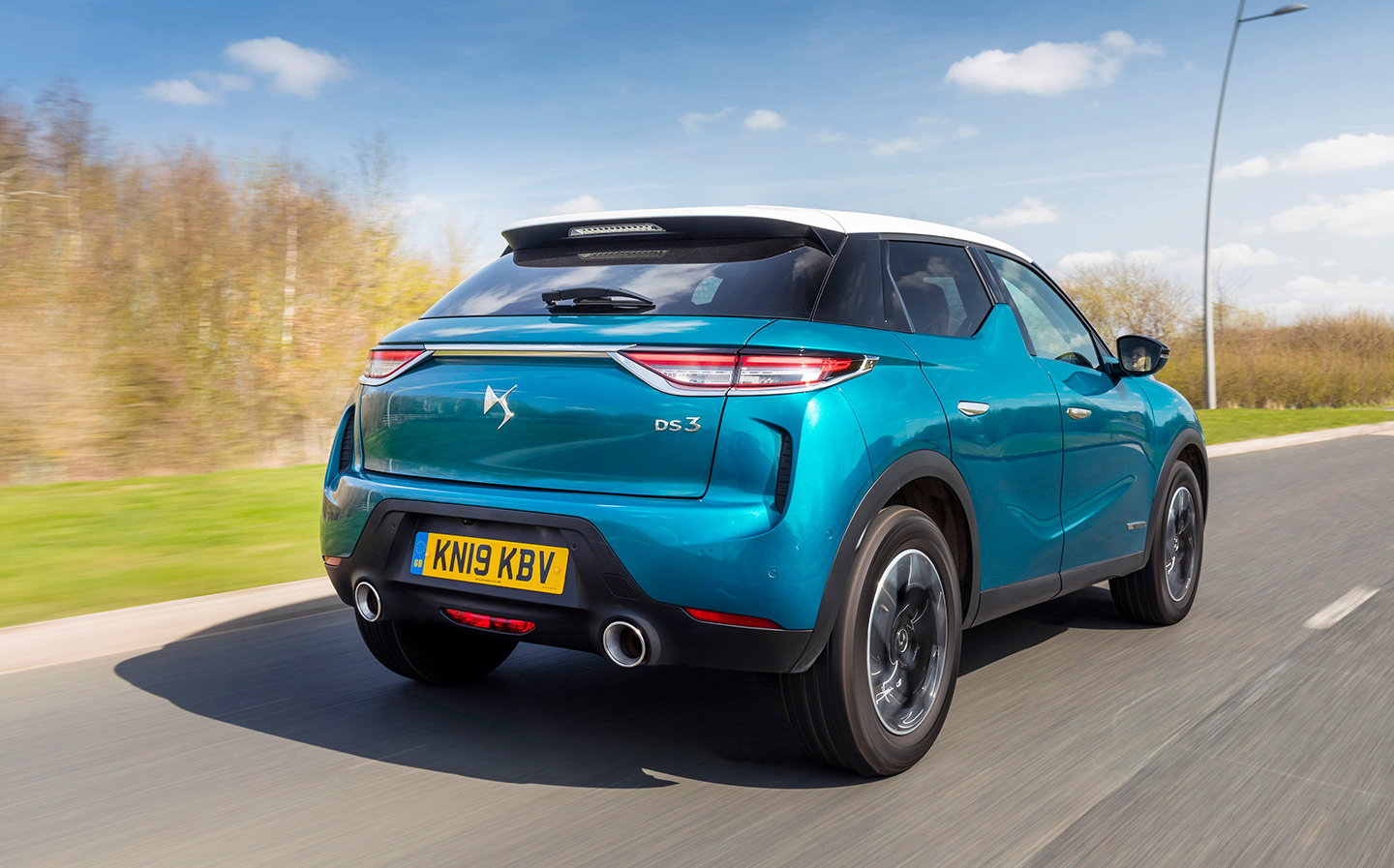 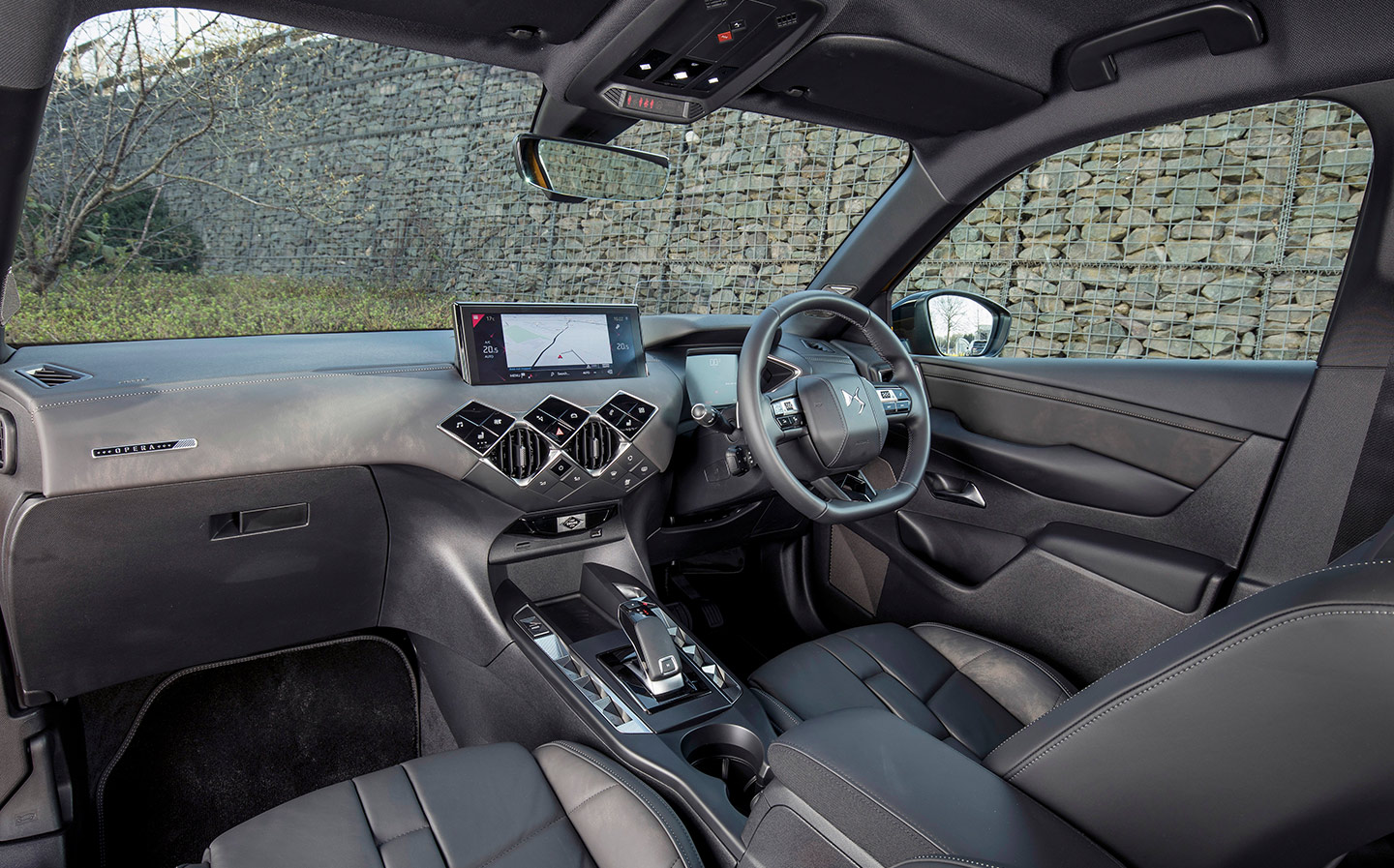 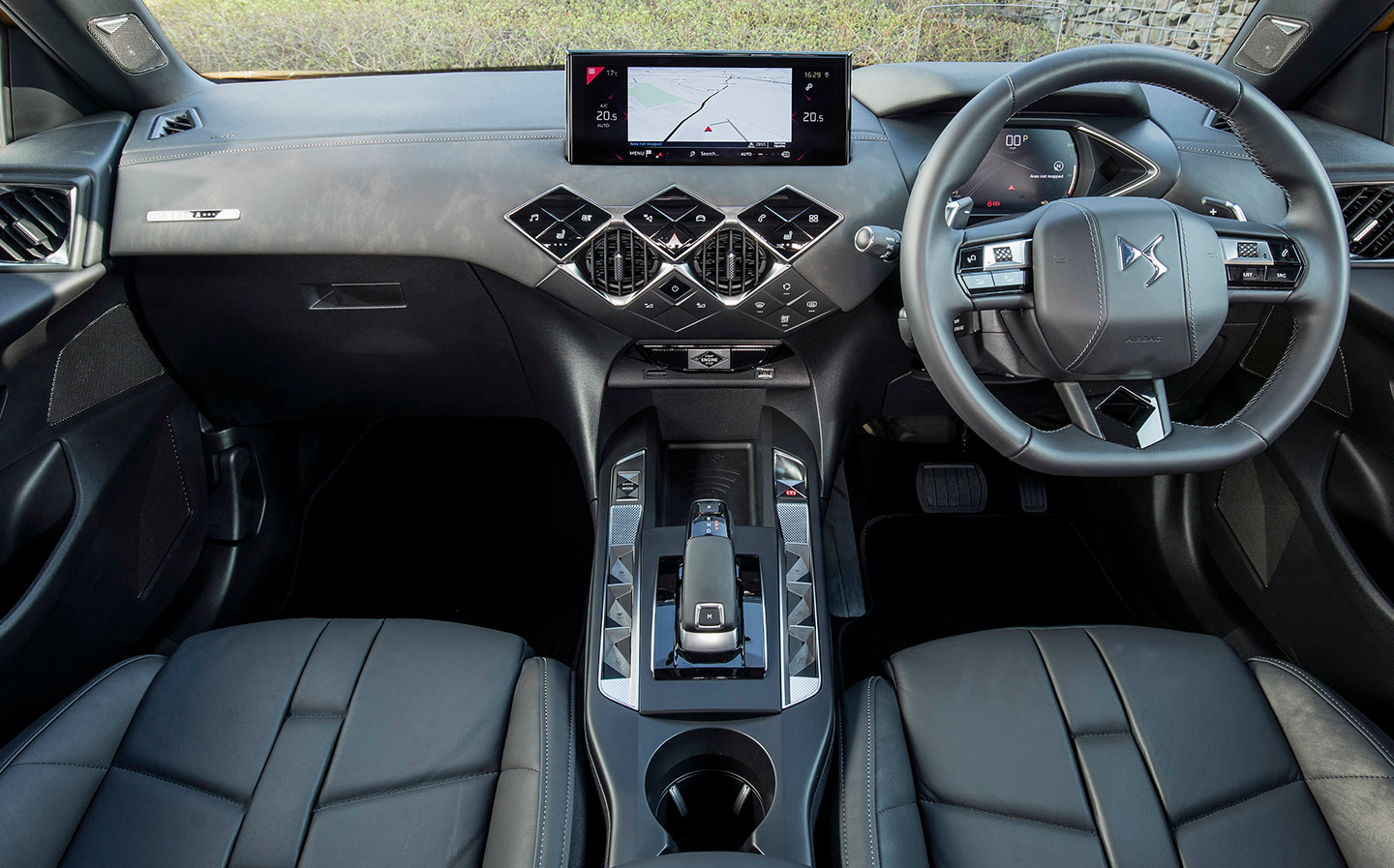 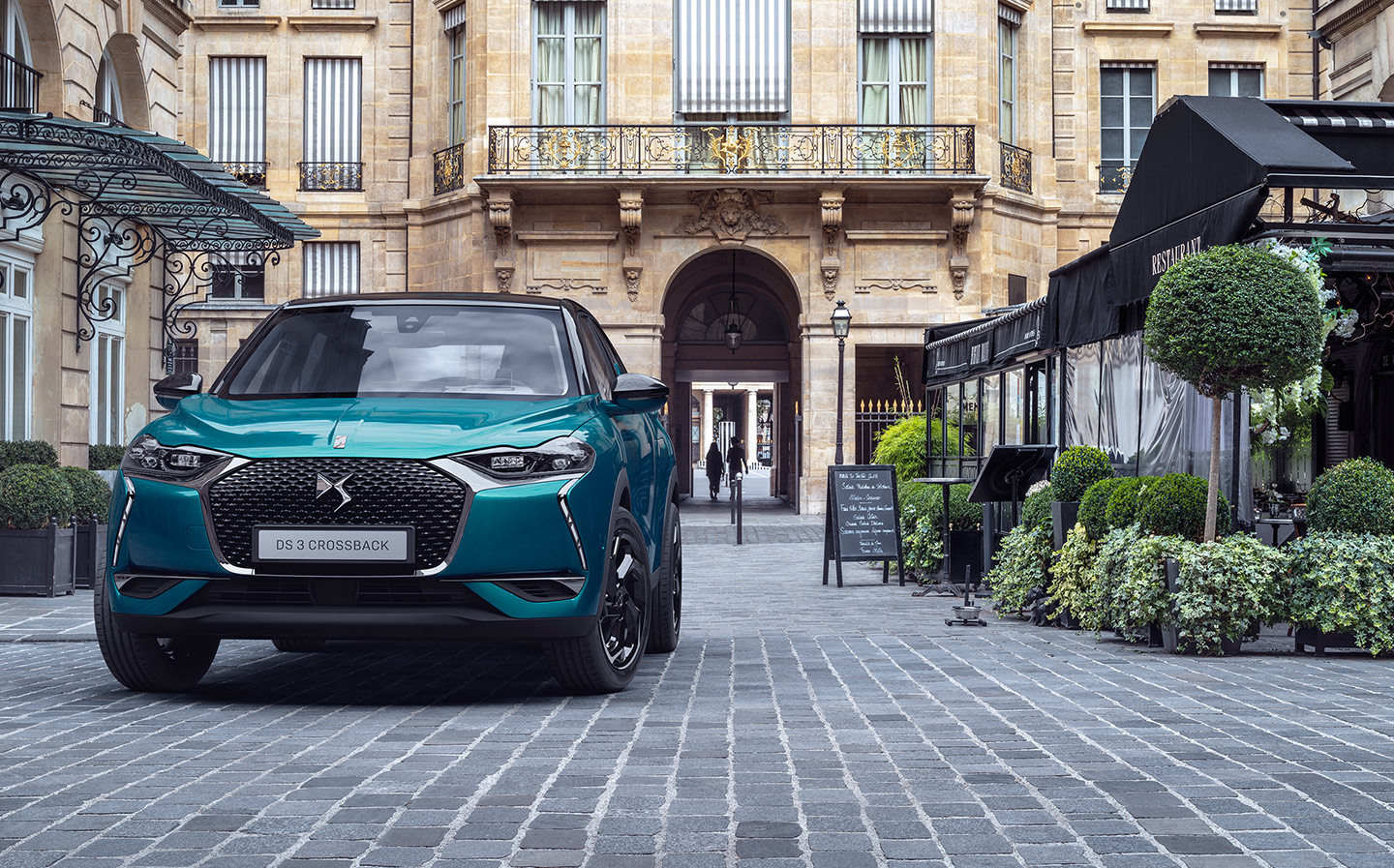 THIS IS not a posh Citroën and for God’s sake, don’t suggest such a thing to an employee of DS Automobiles — it doesn’t go down well. These days, DS is a standalone luxury brand within the PSA Group, which sits above Citroën and indeed Peugeot and Vauxhall/Opel in the same way that Audi sits above VW, Skoda and SEAT in the Volkswagen Group’s line-up.

That means you get a promise of higher quality materials, better sound insulation, better ride quality, better tech and so on. You also get a premium price to match: this new model, the DS 3 Crossback, costs from £21,500 but the expected best-selling variants – the Performance Line 130 auto and Prestige 130 auto – will set you back £25,950 and £27,950 respectively.

Given that you can pick up a well-specced Audi Q2 S line or MINI Countryman Exclusive (both of which were targeted by the French car maker as direct rivals) for the same money, DS must be pretty confident they’re offering a good package here.

First impressions are good. The DS 3 Crossback is smart, with the striking pentagonal grille complemented by chrome accents that catch the sun, offering an amount of bling without venturing into TOWIE territory.

DS is also particularly proud of its optional Matrix LED headlights, which splits the beam into sections that can be dipped individually around cars ahead, while keeping the rest of the road fully illuminated. It’s tech that Audi introduced a number of years ago, so it’s hardly pioneering, but it is a brilliant bit of tech for driving at night and clearly reminds us that DS has aspirations to be known for its high technology as much as luxury.

That’s reflected in the chrome door handles, which sit flush to the body Tesla-style and pop out when you walk up to the car with the fob. DS has also introduced a new Smart Access system will allow the car to be opened via app, and you could even send friends and family codes via the Internet, allowing them to access and drive the car, should you wish. This could be handy if, say, you’ve gone to work by train and taken your key fob with you, having blocked your wife’s car in the driveway. Which has never happened to me. Ah-hem.

The DS is smart and distinctive inside, too, with — to paraphrase DS — a lounge vibe mixing French luxury and avant-garde design with advanced technology (even writing that feels pretentious). The large touchscreen’s menus can be accessed via the diamond-shaped touch-sensitive pads below it, with a few controls for the stereo’s volume, heated windscreens and the like below that.

While it looks good, in true couture tradition the layout is a triumph of design over function, with buttons illogically positioned, too far apart and just slightly too slow to react to your touch.

The dawdling continues in the digital driver’s display in front of the steering wheel, too – scroll between menus and it takes so long for the menus to transition from one to another you’ll find that by the time you’ve accessed the desired information, your eyes have been off the road for so long that you’ve hit a lamp post.

The quality of the fit and finish is in no doubt, though, with the sumptuous seats (cloth, Alcantara or faux leather, depending on your choice of trim) being both comfortable and supportive. Sadly, if you want heated or massaging front seats you’ll need to plump for the most expensive trim levels, although that’s not necessarily such a loss: the massaging function is one of the least pleasant we’ve tried.

That aside, there’s no doubting the mix of materials throughout the rest of the cabin lifts the perceived quality. We particularly liked the golden tortoiseshell effect of the Nappa dashboard insert on the “DS Opera” spec cabin. The switchgear is very attractive and has a durable feel to it, while the indicator noise is a satisfyingly deep tick-tock.

As with the infotainment controls, the positioning of the window buttons in the centre console is less than practical. The Twitter hive mind helpfully reminded me that there have been heaps of cars with window switches in the middle; on top of the few examples I could recall were the Ford Sierra, early MX-5s, C4 Corvette, various Ferraris, Fiats, Minis and many more.

But an abundance of something doesn’t make it right — just look at Brian May’s hair — and it meant that very time I wanted to open the driver’s window during my week with the car, I glanced at the door before remembering that’s not where the switch is located. Every time.

There’s more mixed news: on the plus side, the cabin contains a wireless phone charging pad, not one but two USBs ports (with Android Auto and Apple Carplay are available across the range), a 12v socket and a deep central armrest storage bin. The standard sound system is decent and the Focal Electra upgrade is better. However, the sound quality is not market-leading and the sub-woofer sits below the boot, meaning luggage will muffle the sound and dirt falls through the cover directly onto the speaker.

The boot itself is a decent size for the DS 3’s class but it has quite a high lip and for some reason, DS felt it appropriate to put the opening button just above the number plate on the bumper, rather than on the boot lid itself, where it gets extra dirty. Presumably this was a feature from the same mind that designed the cabin controls.

The rear of the cabin is equally poorly thought-out, with a high windowline making it hard for children to see out. The B-pillar upswoop adds insult to injury by ensuring near-zero visibility for little ones.

Out on the road the DS 3 Crossback proves to be a mixed bag, too. The steering is nicely weighted and the handling is keen, while ride quality is really very good; there’s the sponginess you’d expect of a crossover but good body control and superb comfort. The relaxed feel is enhanced by some really top notch sound deadening, with tyre and wind noise dialled down impressively, and the engine noise kept to a minimum.

Not that the engine noise is an issue if you’re driving the 130 PureTech turbocharged petrol engine, mind you, which gives off a lovely thrum from its three cylinders. It’s fairly punchy, too, if not terrifically exciting. The 155 PureTech offers a more sporty experience with only mild sacrifices on tax and fuel efficiency (41.7-45.7mpg depending on spec in the new, tougher WLTP test), so that’s the motor we recommend.

For extra frugality, there’s a PureTech 100, too, as well as a sole diesel option – the BlueHDi 100 – but you won’t buy that because these days diesel is about as popular as Boris Johnson at one of Theresa May’s candle-lit dinners.

The 8-speed automatic gearbox is quick-witted and always finds the right gear, with the option to shift cogs manually via paddles behind the wheel should you wish. Sadly, DS has nicked its paddles off Peugeot, which only saw fit to manufacture the top halves each side of the wheel, meaning you reach for a downshift and accidentally grab the cruise control stalk (which is inexplicably located behind the steering wheel, rather than on the wheel itself).

And there’s good and bad news with DS’s driver assist systems. PSA’s semi-autonomous active cruise control with steering assist is really rather poor when compared to the efforts from other manufacturers, as you find the car wanting to dart left or right when it encounters confusing road markings, such as zig-zags. It does relieve some of the strain on motorways but it’s not to be trusted anywhere else.

Meanwhile the car will park itself in both parallel and perpendicular spaces without you needing to touch the steering wheel or pedals, which is rather jazzy.

One other important thing to mention: DS 3 Crossback is the first PSA car to be built on a new platform that can take an electric drivetrain without compromising on interior space, so the company says, and electrification is a major part of DS’s future – from 2025, all its cars will be either hybrid or pure-electric.

Its first effort – the DS 3 Crossback “E-Tense” – will go on sale later this year with a range of just over 200 miles (WLTP) between charges. 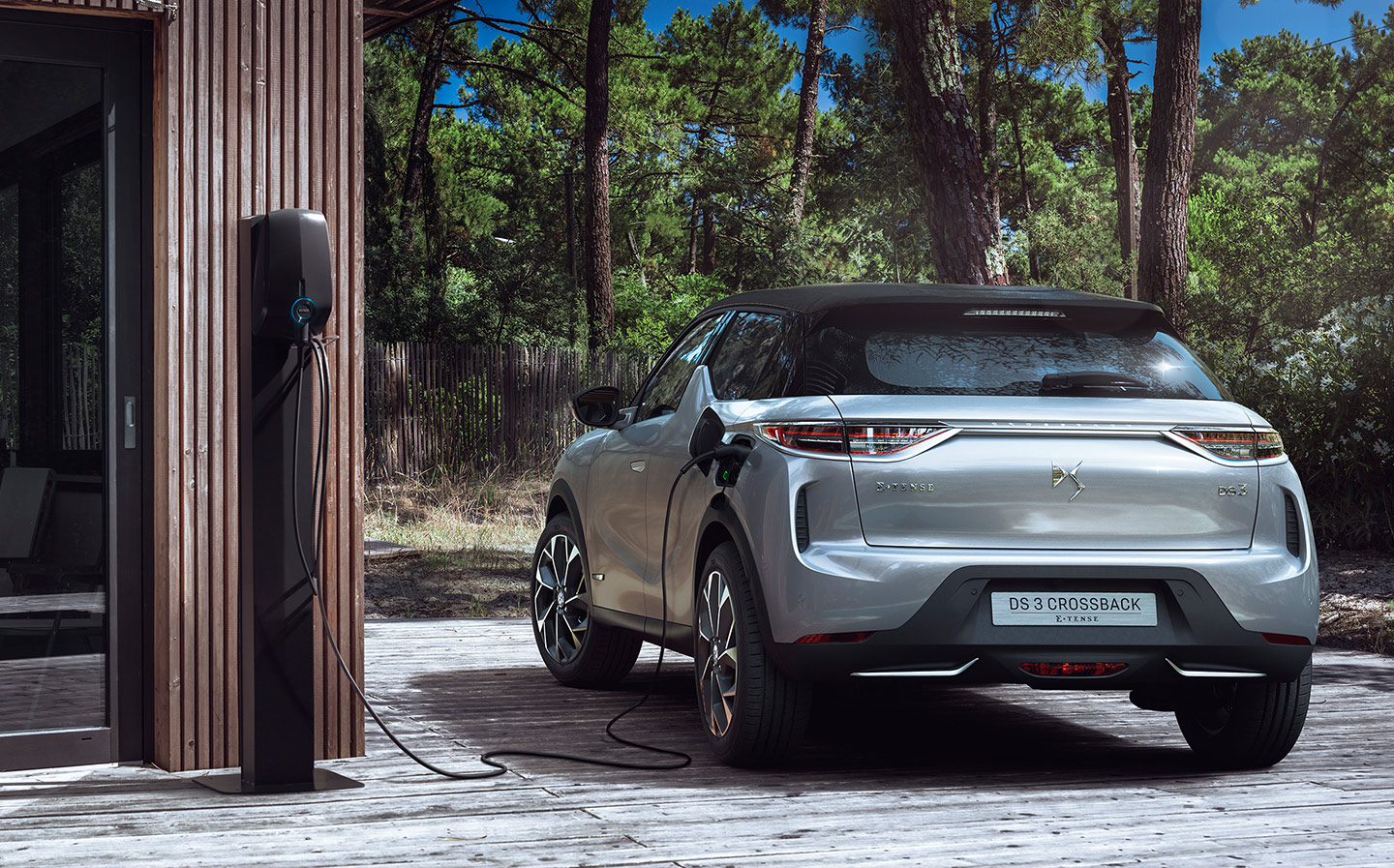 That’s well shy of the Tesla Model 3 and not up there with the new Kia eNiro and Hyundai Kona Electric, but better than the current Nissan Leaf. Charging to 80% will take as little as 30 mins on the fastest system, we were told, but on a more common 50kW charger it take one hour. Pricing will start at just over £30,000.

If you can’t wait for that, the petrol DS 3 Crossback is worth a look. It’s the automotive equivalent of a designer handbag: chic design, fine materials, excellent craftsmanship, but it comes with frustrating quirks. And you’ll spend your life trying to convince people that it isn’t just an overpriced Citroën.