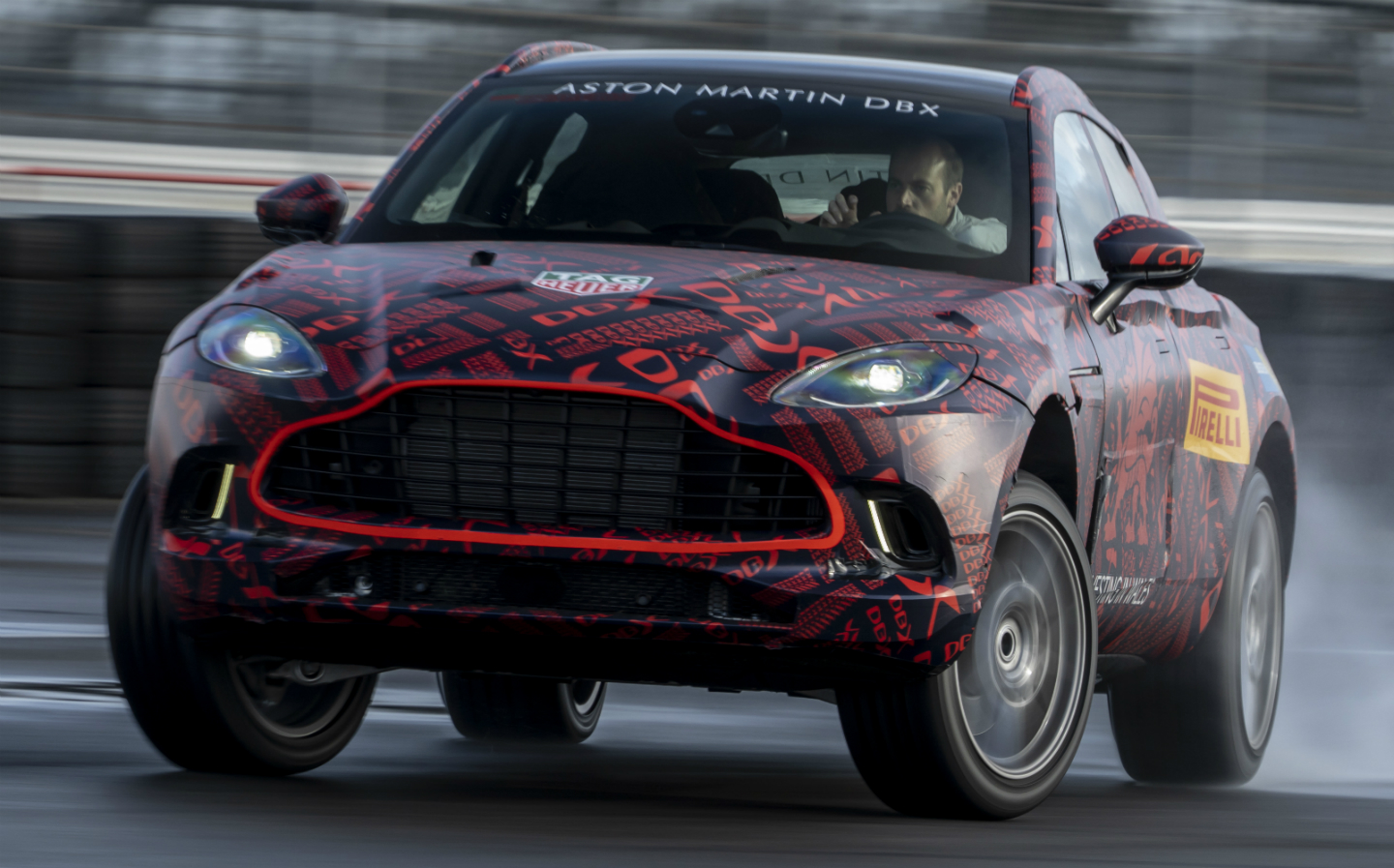 ASTON Martin is to unveil a new range-topping performance version of its DBX SUV that the carmaker claims with be “the world’s most powerful luxury SUV”.

The new model, due to be revealed on February 1, is rumoured to be called the DBX S, but the company remains tight-lipped on its name.

A teaser video released by the company revealed almost nothing about the new DBX apart from a distinctive burbling engine note suggesting that the new model will, like the current iteration, feature a Mercedes-AMG V8 engine.

Given the current DBX’s 542bhp power output, it’s likely that the more powerful version will develop more than 600bhp from the same4-litre twin-turbo V8 Mercedes-AMG engine currently found in the DBX. The Mercedes-AMG GT 63 S saloon uses the same engine amped-up to 630bhp, so something along those lines is certainly feasible.

What may also be feasible is the addition of hybrid power, at least of the mild variety. AMG’s new plug-in hybrid set-up is still in the final stages of development, so it’s unlikely that the DBX will get that for now. More plausible is the inclusion of Mercedes’ EQ Boost mild-hybrid system, as seen in current AMG models.

The DBX’s engine bay was designed for the inclusion of the same 5.2-litre V12 engine as its DBS and DB11 siblings, but, from the scant information gleaned from both DBX spy shots and Aston’s video above, it appears that the V12’s next appearance will be in the company’s new V12 Vantage, due to launch later in 2022. The sound in the video teaser is certainly a V8 burble, not a screaming V12.

The new DBX variant is part of an effort by Aston Martin to create a more comprehensive range of DBX models to suit more buyers. The company recently introduced a 3-litre six-cylinder mild-hybrid model aimed at the Chinese market.

In 2021, Aston sold 3,001 DBXs globally, which, taking into account its 6,182 wholesale sales to dealers for the year, underscores how important the company’s only SUV is to its sales figures.

Due to delays in dispatching the first of its Valkyrie hypercars, Aston missed its profit targets last year by around £15 million, though increased sales by 82%. Profitability has been harder to achieve though, with the company recording a pre-tax loss of £98 million in the three months to the end of September.

Aston Martin Lagonda was bought by a consortium led by the Canadian fashion billionaire Lawrence Stroll in 2020 following a disastrous stock market floatation in 2018. Stroll’s regime has seen the company return to Formula One as well as implementing a business strategy to increase sales while reducing available stock, thereby removing the need for the company to offer discounts on its models.

As well as the upcoming hot DBX and new V12 Vantage, Aston is set to launch “a new generation of front-engine sports cars” in 2023.