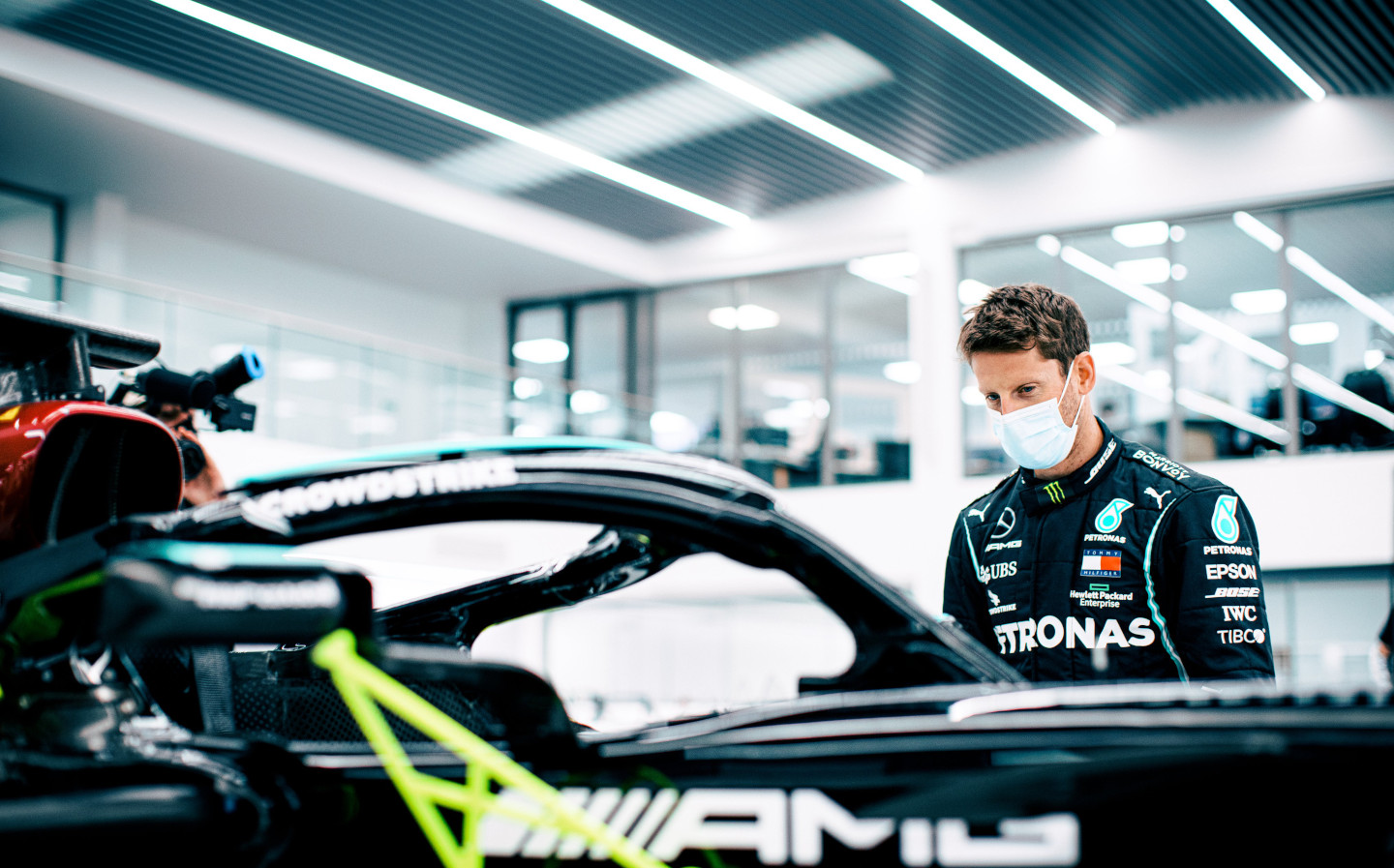 ROMAIN Grosjean will drive an F1 car for the first time since his horror crash at the 2020 Bahrain Grand Prix.

The Frenchman, who retired from Formula One at the end of last season, will drive Lewis Hamilton’s 2019 championship-winning Mercedes W10 at the Circuit Paul Ricard ahead of the French Grand Prix in June. He will carry out demonstration laps at the event on June 27, before completing a full day of testing two days later.

Mercedes F1 team principal and CEO Toto Wolff said: “Romain enjoyed a long and successful F1 career and we wanted to make sure that his final memories would be at the wheel of a championship-winning car.

“Romain’s accident reminds us of the dangers these guys face each time they climb into the cockpit but it’s also a testament to the incredible steps this sport has taken to improve safety over the years. I know the F1 community will celebrate seeing Romain back on track.”

Taking to Twitter, Grosjean thanked the Mercedes team principal for the opportunity and said that he was looking forward to the chance to once again drive an F1 car in front of his home crowd.

What an opportunity!!! Thank you so much to Toto and the whole @MercedesAMGF1 to make it happen. A last ride in front of my home crowd at the @gpfrancef1 in a @f1 car, what could be better? #r8g #f1 #enjoytheride pic.twitter.com/bhlsgZLhfQ

Speaking to Sky Sports News, the 35-year old said that he had first heard of the opportunity while in his hospital bed in Bahrain, adding that he is thankful his F1 career won’t have ended with his crash. He reportedly asked around the F1 grid to see if a team would be willing to let him drive an F1 car for a final time, and Mercedes agreed to fulfil his wish.

“I’m so grateful and thankful that those words were kept and that it’s happening,” Grosjean said.

“I think the chance to drive the Mercedes at the French Grand Prix, in front of my home crowd and fans, and then having a full day with it, driving a car that is incredible, with [one of] the most successful teams in sport history, is very unique and beautiful.” 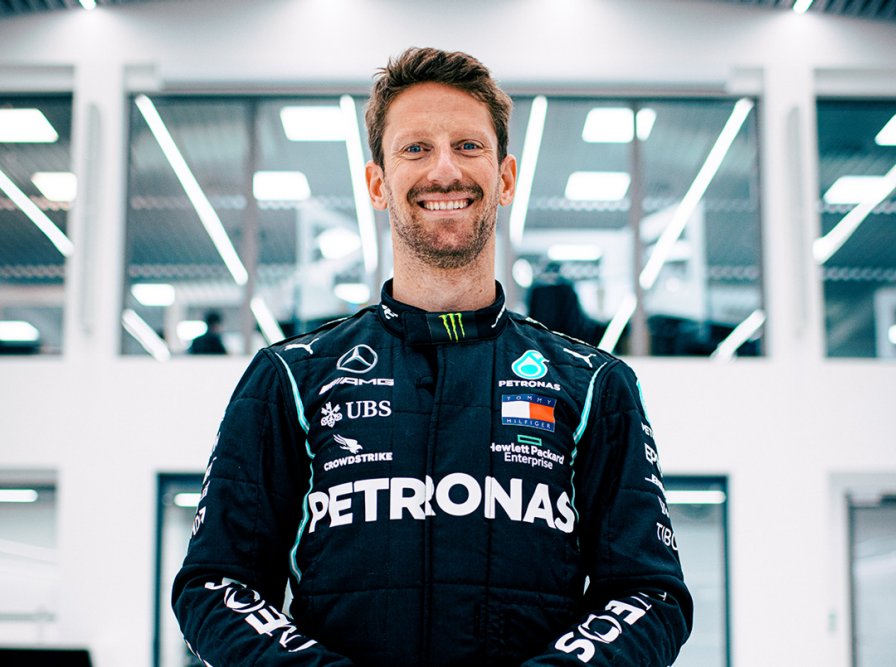 In March, Grosjean visited Mercedes’ headquarters in Brackley for a seat fitting, and to prepare for the test, including spending time on the team’s simulator.

He also revealed to the news network that he is still undergoing treatment and rehab for the injuries he sustained in Bahrain, and showed still visible burns on his left hand.

Grosjean was well-known to F1 fans but became front page news in November last year after his Haas car ploughed into a metal barrier at 119mph at the Bahrain Grand Prix. The car wedged itself under the barrier and burst into flames, and Grosjean narrowly escaped death with the help of FIA doctor Ian Roberts and medical car driver Alan Van der Merwe. 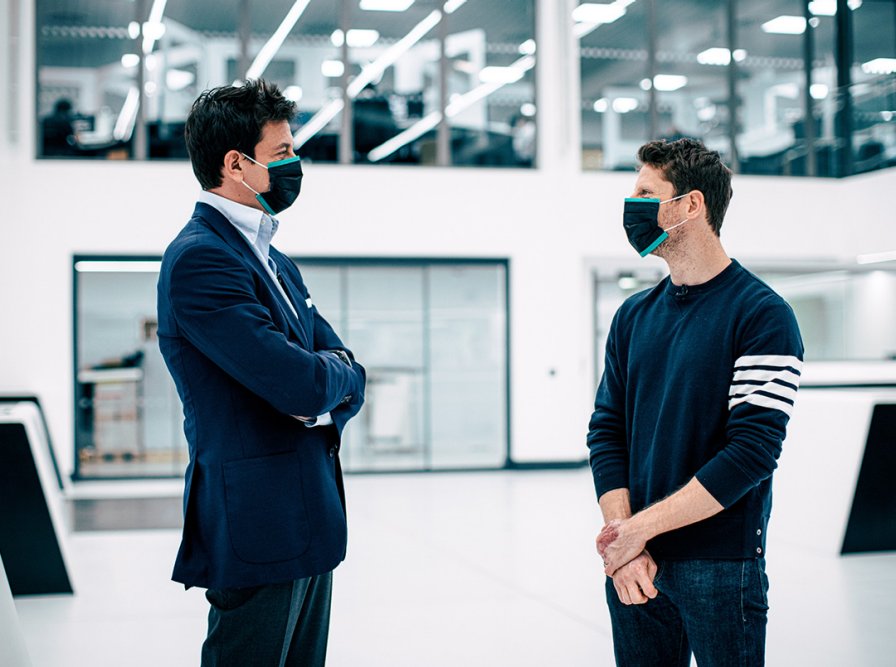 Speaking to the Netflix documentary Drive to Survive, Grosjean said that he thought that he was going to die. Describing the crash, he said: “There is a time where I think ‘That’s it,’ you know?

“I started asking myself very simple questions: Where am I going to burn first? Is it going to be painful?

“Few people have known that moment, where you almost accept that you’re dead.”

The thought of his children (he has three: Sacha, Simon and Camille, all under the age of 10) motivated him not to accept his fate, he added. He has since credited F1’s medical staff and the once-controversial halo for saving his life.

After the accident, he was treated in hospital for severe burns to his hands, ruling him out of the final two races of the 2020 season.

He has since signed up to participate in Indycar with Dale Coyne racing, although he will initially not participate in Oval races — which often see cars racing wheel-to-wheel at speeds in excess of 200mph — due to safety concerns. However, he has not ruled out doing them in the future.