MCLAREN has unveiled a one-off livery for this weekend’s Monaco Grand Prix that will celebrate its partnership with Gulf Oil.

The instantly recognisable racing blue and fluorescent orange colour combination will adorn the MCL35M car to celebrate the return of the historic race after its enforced hiatus in 2020. Monaco was one of several grands prix axed from last year’s calendar due to the coronavirus pandemic.

Gulf-liveried racing cars are instantly-recognisable and often revered in motor sport, the most famous of which are possibly the Le Mans-winning Ford GT40s of the 1960s, or the Porsche 917s that featured in the Steve McQueen film Le Mans. In more recent history, many also remember the 1997 Le Mans-winning F1 GTR and the modern Aston Martin DBR9 cars painted in Gulf hues.

Gulf and McLaren revived their collaboration last year, with the branding returning to McLaren F1 cars for the Silverstone Grand Prix in August. 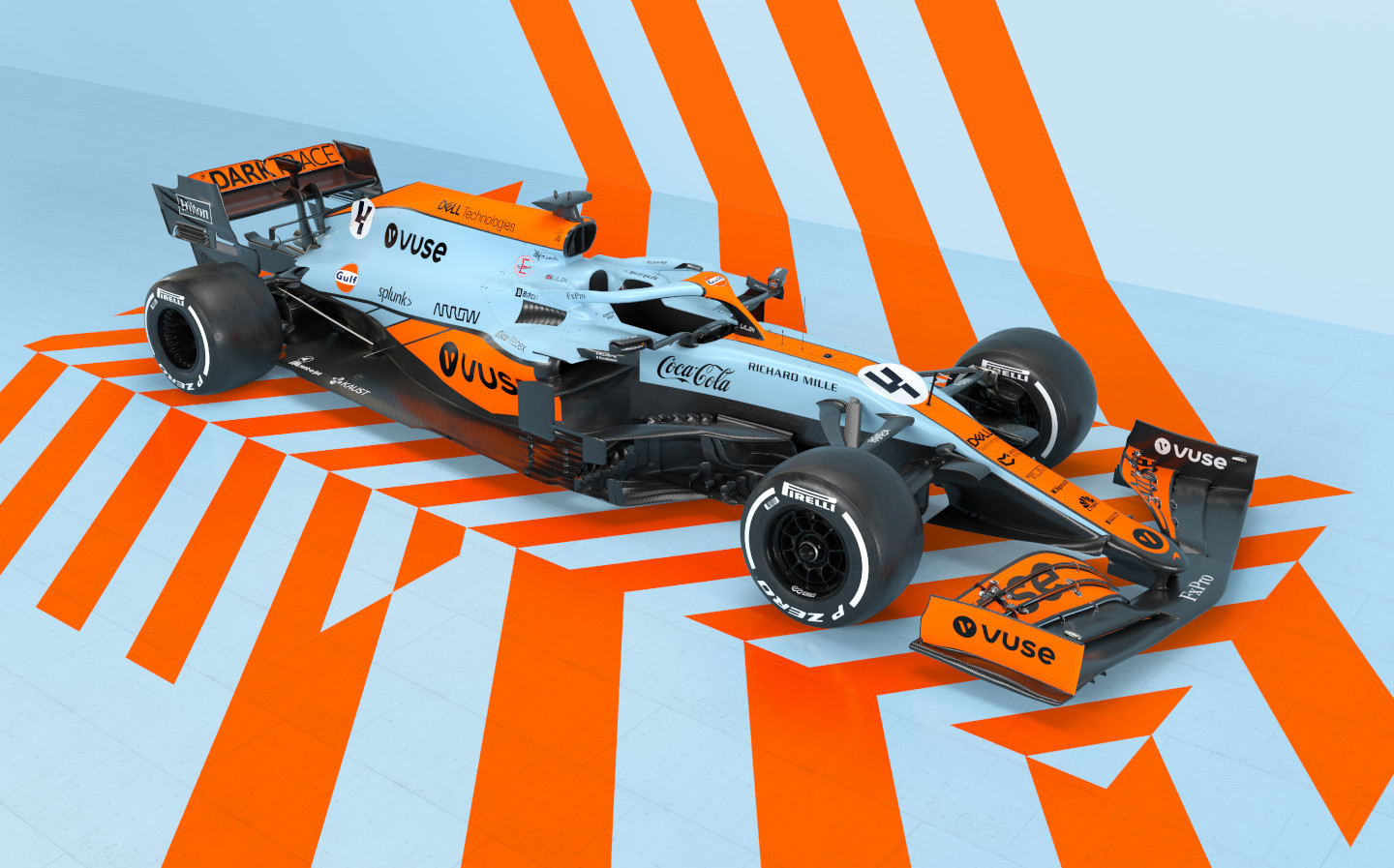 McLaren’s driver pairing — British up-and-comer Lando Norris and proven race-winner Daniel Ricciardo, who won the Monaco Grand Prix in 2018 — will both wear one-off race suits in the same colours, as well as retro-design helmets that will be auctioned off after the race to raise funds for mental health charity Mind.

Norris said that the livery would be “the best-looking car on the grid by a very long way,” with Ricciardo adding that he “didn’t need another reason to get excited for Monaco.”

McLaren has also grasped the opportunity to release a limited edition line of merchandise, comprising a range of t-shirts, polo shirts, caps and hoodies.

McLaren boss Zak Brown said: “This will be McLaren’s homage to Gulf’s celebrated race car design. We’re enormous fans of brave and bold design, and the striking Gulf blue is among the most loved liveries in racing, a celebrated piece of culture which transcends the world of motorsport.

“Design has always been important to McLaren – you see this in everything we do from our return to papaya [orange] to our stunning headquarters, the McLaren Technology Centre. We’re excited to exhibit this as a team and celebrate our proud association with Gulf in Monaco.” 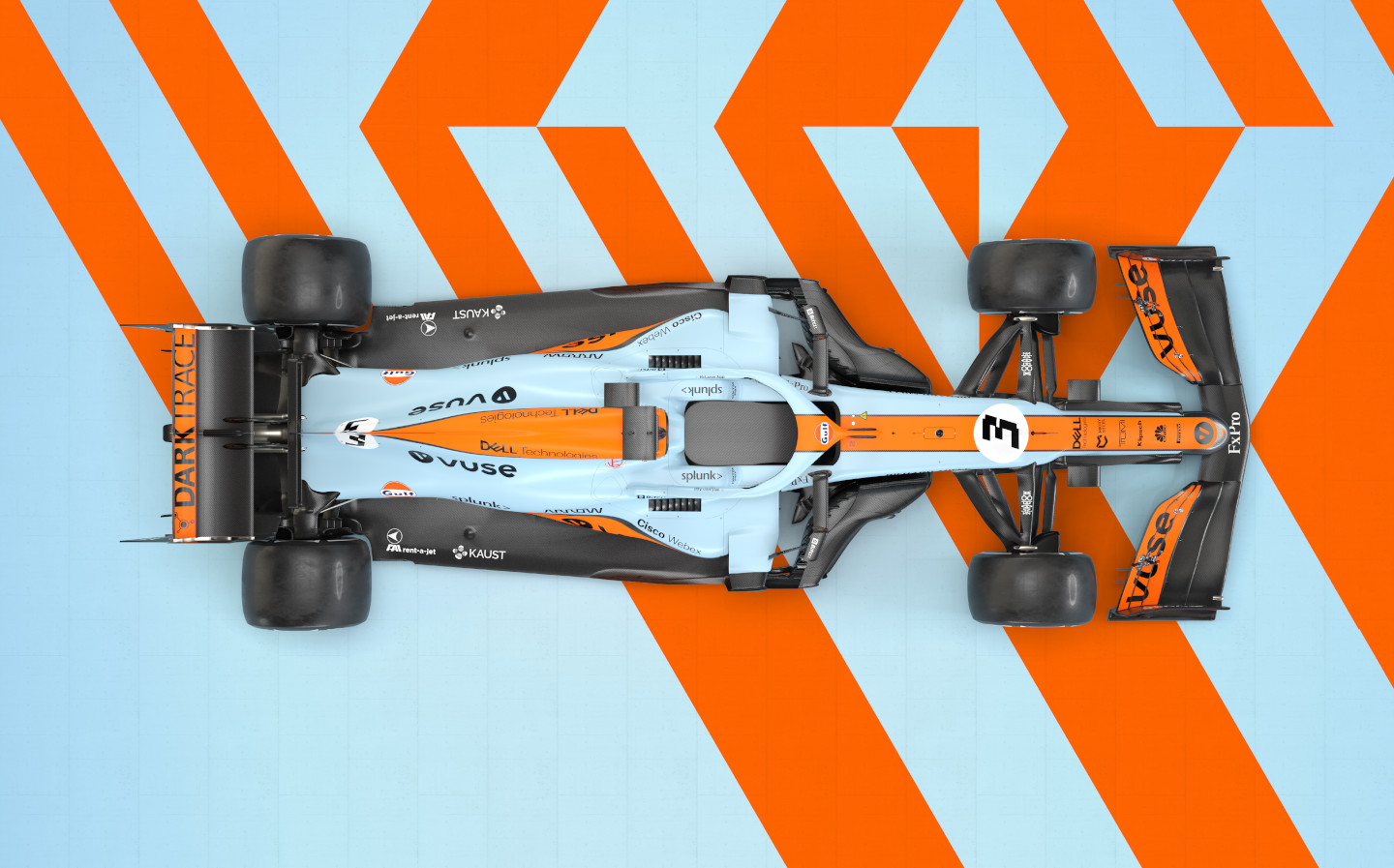 Monaco is generally seen as the jewel in the crown of the F1 calendar, thanks to its mix of history, glamour and racing excitement. While it isn’t a track ripe for overtaking, its tightness and technicality — drivers brake for approximately 21% of the lap and make around 4,000 gear changes over the course of the race — make it one of motorsport’s most highly anticipated events.

The livery will be used by McLaren over the entirety of the race weekend, which begins a day earlier in Monaco than other race weekends. Free practice one and two take place on Thursday, with qualifying on Saturday and race day on Sunday. It can be watched on Sky Sports F1, with highlights shown on Channel 4.