FORMULA ONE is in a desperate fight to stay relevant. Its move to 1.6-litre V6 hybrid power units in 2014 was designed to reflect — and help provide technological advances for — increasingly eco-friendly road cars during the age of the Toyota Prius. But as we enter a new era of pure-electric motoring, what does the future hold for petrol-powered F1?

The question of how F1 can not only stay relevant, but survive at all, is tackled in a new YouTube documentary. Motorsport In The Electric Age, presented by EV advocate Roger Atkins, asks whether we will still be able to watch a Formula One race in 2031 — ten years from now, and a year after the UK government’s ban on the sale of new petrol and diesel cars comes into effect.

The 40-minute film sees Atkins discussing the future of motor sport with several high-profile personnel from both Formula One and Formula E, the pure-electric single seater racing series founded by Alejandro Agag in the same year that F1 turned to hybrids. 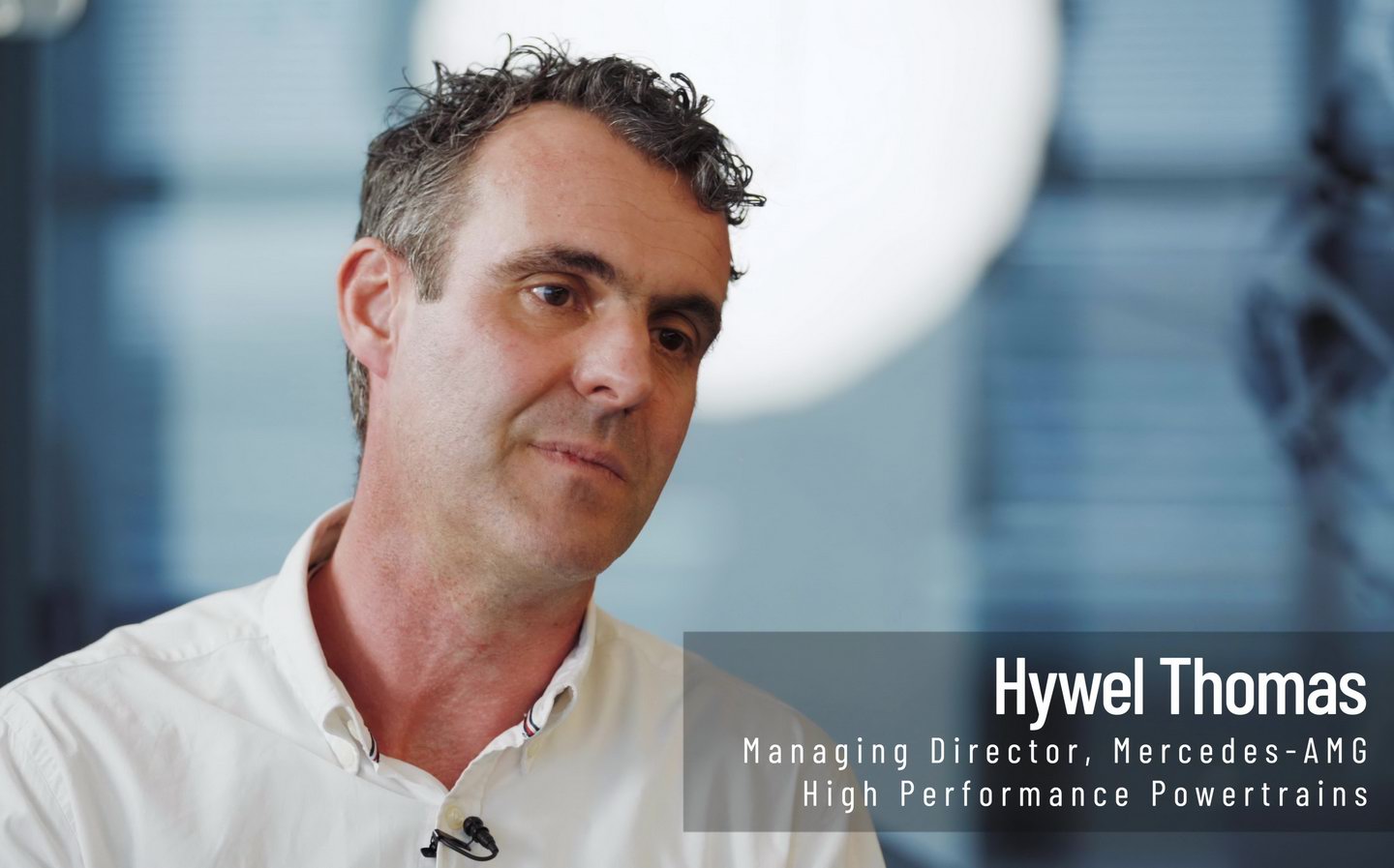 F1 must innovate to survive

Hywel Thomas, managing director of Mercedes-AMG HPP — the firm that makes engines for the Mercedes F1 team’s Lewis Hamilton and Valtteri Bottas— is adamant that his sport’s in-built propensity for innovation will see it evolve, as long as the rules are carefully coded to keep it relevant.

It is unlikely to ever merge with Formula E to become a pure-electric racing series, according to the experts, but there will be cross-pollination of technology.

But F1 is expected to continue in the longer run to use some form of liquid fuel, the interviewees suggest — either liquid hydrogen stored under pressure or an environmentally-friendly “e-fuel”.

E-fuels are currently under development, most notably by a consortium that includes Porsche, Exxon Mobil and Siemens. Using renewable electricity to separate hydrogen from water, e-fuel technology combines that hydrogen with carbon taken from the air to form a hydrocarbon, which is the basis for a form of synthetic petrol.

Porsche recently said that it will start running its 911 racing cars on such fuel, and that it’s a simpler and ‘cleaner’ fuel than conventional petrol. Because it’s also made from carbon extracted from the air, the proponents claim it is also carbon neutral.

A truly carbon neutral fuel could allow F1 to return to the glory days of big-capacity, high-revving V8, V10 or even V12 engines that produce ear-splitting noise.

Red Bull F1 boss Christian Horner has called for just that kind of formula when the next set of F1 engine regulations comes into force in the mid-2020s.

For now, that seems unlikely — an evolution of the current V6 hybrids, with a greater emphasis on electric power, is the most probable outcome of the rule changes.

Paddy Lowe, formerly a technical director of Mercedes-AMG F1 and Williams, points out that already, the current V6 hybrid engines are running at 50% thermal efficiency — in other words, half of the fuel they burn turns into power, while the rest is wasted as heat.

By contrast, conventional road-going petrol and diesel cars are only around 20% efficient after heat loss, according to a 2010 report from the UK parliamentary office of science and technology. However, the same report also notes that around 80% of the energy stored in an electric vehicle battery goes to driving the wheels. 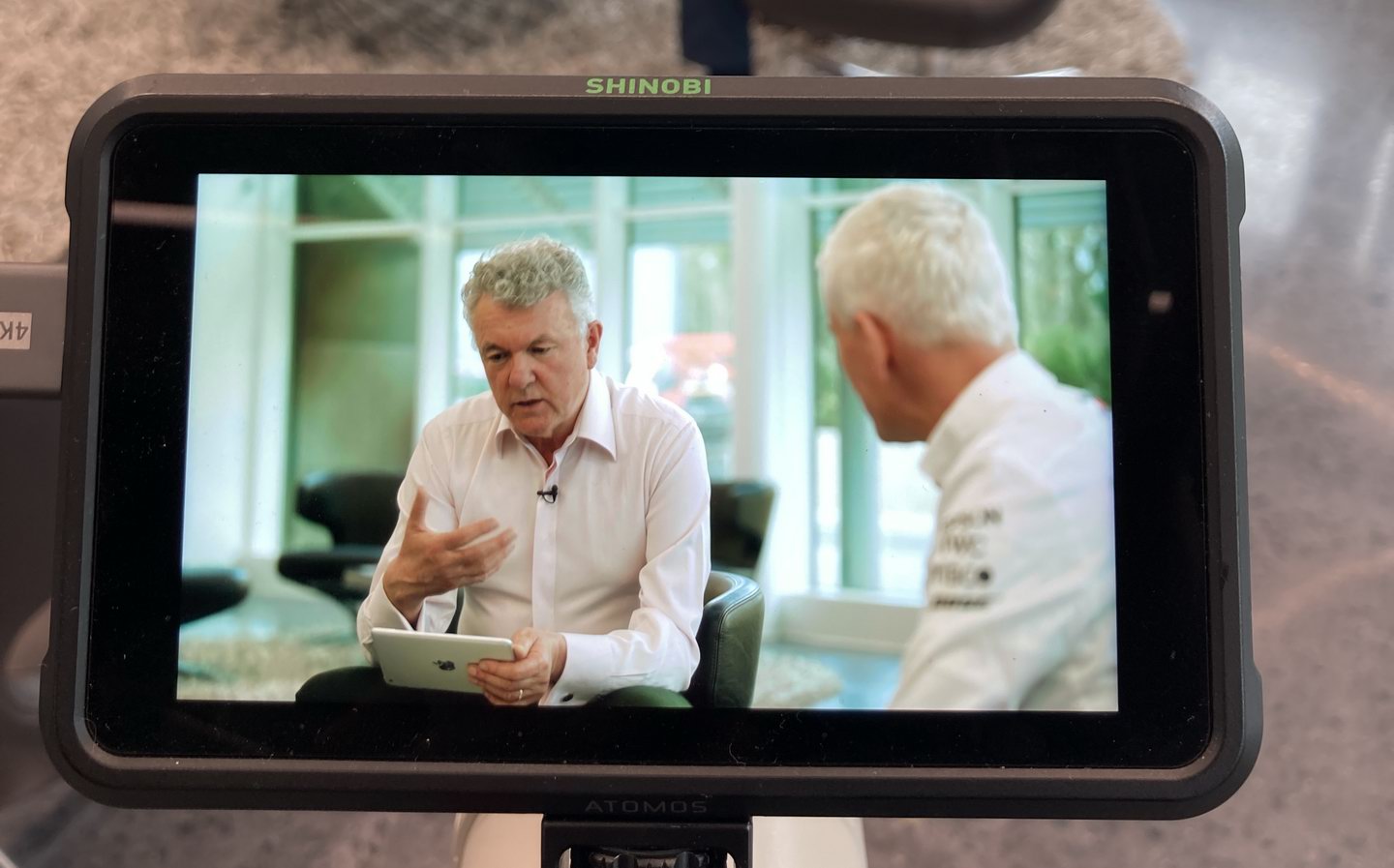 Lowe believes that a multi-fuel approach is worthwhile, and motor sport can help to find the greatest possible efficiencies from what he calls the ‘three pillars’ of energy — liquid hydrocarbon fuels, hydrogen and batteries.

Pierre Godof, head of powertrain development at Mercedes’ own Formula E team, points out that energy-saving tech for electric cars — such as systems that can best work out when a driver should lift off the accelerator and allow the car to coast — can be best developed and designed in the white heat of the racing arena.

As Atkins points out in the film, it seems incongruous to talk about Formula One racing and sustainability in the same breath, but that’s a misnomer as F1 cars — and other racing cars — have to work at a peak of efficiency in order to be fast enough to win.

He argues that if the focus shifts increasingly to fuel saving or range extending, it will inevitably lead to more efficient road cars in the future, whether they’re powered by batteries, hydrogen or a high-tech e-fuel.

“In motor sports,” says Atkins, “You literally cannot be complacent. Everything has to be better, and better all the time.”

By the end of the film, it’s clear that Atkins is encouraged by the talent in the industry and, while there’s no clear vision of what a Formula One race of 2031 will look like, the experts agree that it will exist, in one form or another.

The documentary is available to watch for free online on the Electric Vehicles Outlook YouTube channel now.