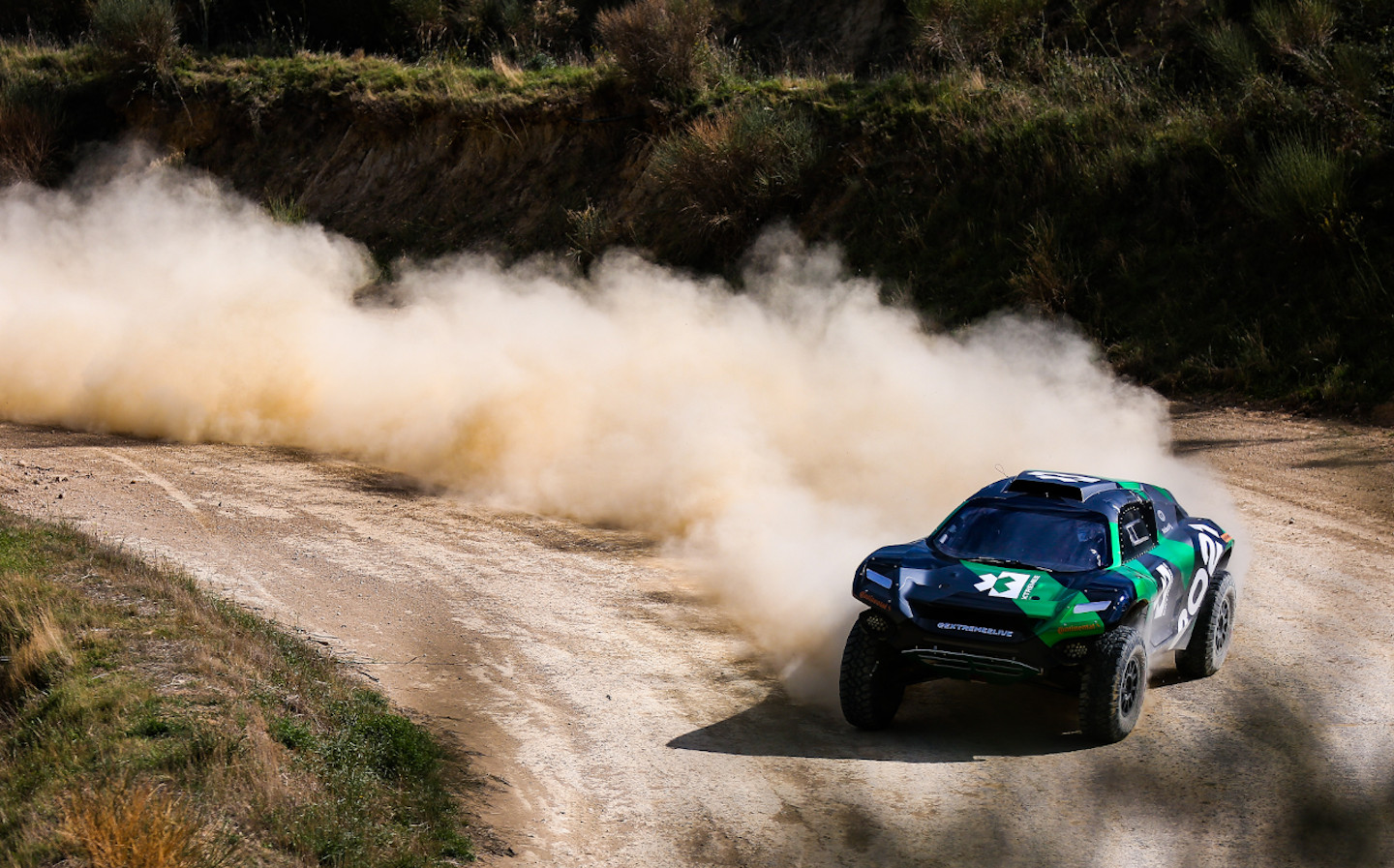 UPCOMING electric off-road racing series Extreme E has unveiled a scientific panel that will assess and set the series’ environmental objectives — a key component of the championship’s raison d’etre.

The advisory panel, revealed to coincide with the 50th Earth Day, will form part of Extreme E’s “Legacy Project” whereby the sport’s organisers hope to leave a positive mark on the remote, climate change-affected areas near the racing locations.

The committee’s Head is Professor Peter Wadhams of the University of Cambridge, who is also the sport’s resident Arctic Scientist. He has made more than 50 trips to the Arctic and is credited as one of the first scientists to show that Arctic ice is melting and shrinking. He will no doubt advise the sport heavily when it comes to the Arctic race in Greenland at the end of August next year.

“I feel very honoured to be playing a key role in a project which has been solely developed to shine a light on the issues affecting the future health of our planet,” Wadhams said.

Comprising the rest of the panel are: Dr Lucy Woodall of the University of Oxford, who is the committee’s Ocean Scientist; Prof. Richard Washington, also of Oxford, the committee’s Desertification and Droughts scientist; and Francisco Oliveira, who recently completed a PhD on Amazon Conservation at Cambridge. Oliveira was also Deputy Director of Environment Protection for the government of Brazil for five years.

Professor Wadhams pointed out that, as well as being the 50th World Earth Day, yesterday marked the 10th anniversary of the BP oil spill, one of the largest environmental disasters in history. A thought back to pictures of oil-drenched birds and marine life should be enough to realise the importance of motor sports whose objective is to be actively kind to the environment.

While working with racing series may not seem like the most obvious career move for a group of climate scientists, Dr Woodall pointed out that the project enables the committee not only to carry out important work and research, but to train a future generation of scientists and collaborate with those already in remote locations who may not have the same access to the latest peer-reviewed research information.

Prof. Washington said: “If I were to stand up and talk about convection in the Congo Basin, I don’t suppose too many people would tune in to listen, but if you do it through a different angle [i.e. a race series in the region], you might just get that audience.”

The sport’s first Legacy Project will focus on the Amazon, a place that, even by its own standards, has struggled over the last 12 months, suffering from a surge of wildfires last year. Extreme E will work with charity The Nature Conservancy in order to address three issues, said Francisco Oliveira, Extreme E’s Amazon scientist.

These are to protect the environment, increase economic incomes for local people and bring a social benefit for the local community. Extreme E has committed to reforesting 100 hectares of the Amazon, which is an area just over double the size of the Vatican City.

They will also maintain and protect 200 hectares of Cacao based agroforestry, working to provide local farmers with technical support and enable them to be environmentally and financially sustainable long-term.

Then, Alejandro Agag, the founder of the sport who was also behind the Formula E electric single-seater series, wants fans of the sport to step in. “Our role is to be the initiators,” he said, announcing an initiative for fans to donate to the projects that Extreme E brings focus to and supports.

When Driving.co.uk asked about how this would work, Agag said 100% of contributions would go to the project, with Extreme E taking care of any administrative costs. He also said that, if there were enough donations, he would consider setting up an independent charitable organisation.

Agag also addressed some of the concerns that people will likely have about motor sport taking place in some of the most remote and environmentally damaged places on Earth.

The entire set-up will travel to and from races by boat rather than using air travel. The ship, the RMS St. Helena, was understood to be cleaner than flying all the teams to-and-from each location even when running on standard shipping diesel, though it and has now been modified to run on cleaner fuel. Extreme E will also not be inviting spectators to the locations to watch from the trackside.

“It’s as clean as a ship of this kind can be,” Agag said. He said he wants to make future electrification upgrades to the ship, to reduce its carbon impact further. Agag said that a team of scientists will do research from the ship, in order to leave a positive impact on the locations that races take place.

Agag added that Extreme E will offset any carbon footprint it does accumulate.

He revealed his friends had voiced concerns about driving heavy SUVs through ecologically damaged landscapes when he had first voiced the idea of Extreme E (as Driving.co.uk had when we interviewed him in July last year). Agag said that the scientific committee would advise against location choices if they were environmentally unfriendly, adding that “it’s impossible to damage a dry river bed of rocks,” likely referencing the Desert race in Saudi Arabia planned for March 2021.

In the light of the announcement that American IndyCar and Formula E team Andretti will race in the first season of the sport, Agag was also asked about what the line up might look like when the sport debuts in Senegal on January 23.

He said that the initial season will probably include eight teams, of which Andretti is the sixth. The Spanish businessman also cryptically hinted that he had almost confirmed a seventh team, and was in talks with “four or five” more. Expect to hear more regarding this in the next few days.

“Motor sport has always spoken of racing in harsh environments and now with Extreme E we really will be putting this to the test and showcasing the abilities of an all-electric racing platform,” said Roger Griffiths, Team Principal of Andretti Autosport, after the announcement.

Asked about what the place of his sport would be in the post-pandemic world, Agag said that Extreme E was “virus-proof”, due to the fact that there will be no live spectators at the races and everyone involved would be travelling on the same ship, and could be tested before boarding.

“Let’s reconstruct in a clean way,” he said, noting that he thought that this could be the “beginning of the end of the oil age”, with oil prices plunging below zero yesterday.

“Finalising this committee of world-leading scientists who will guide our climate and sustainability research, as well as our education programmes, is truly a proud milestone for Extreme E,” said Agag. “We are honoured to welcome such a highly-respected group of academics on-board who share in our passion and our overarching goals.”

He added: “Extreme E is borne out of the climate crisis, and its mission is the use of sport in raising awareness of the serious issues our planet is facing, as well as the solutions that we can all employ to help reverse those issues.”

Extreme E will be available to watch on BBC from January 2021.