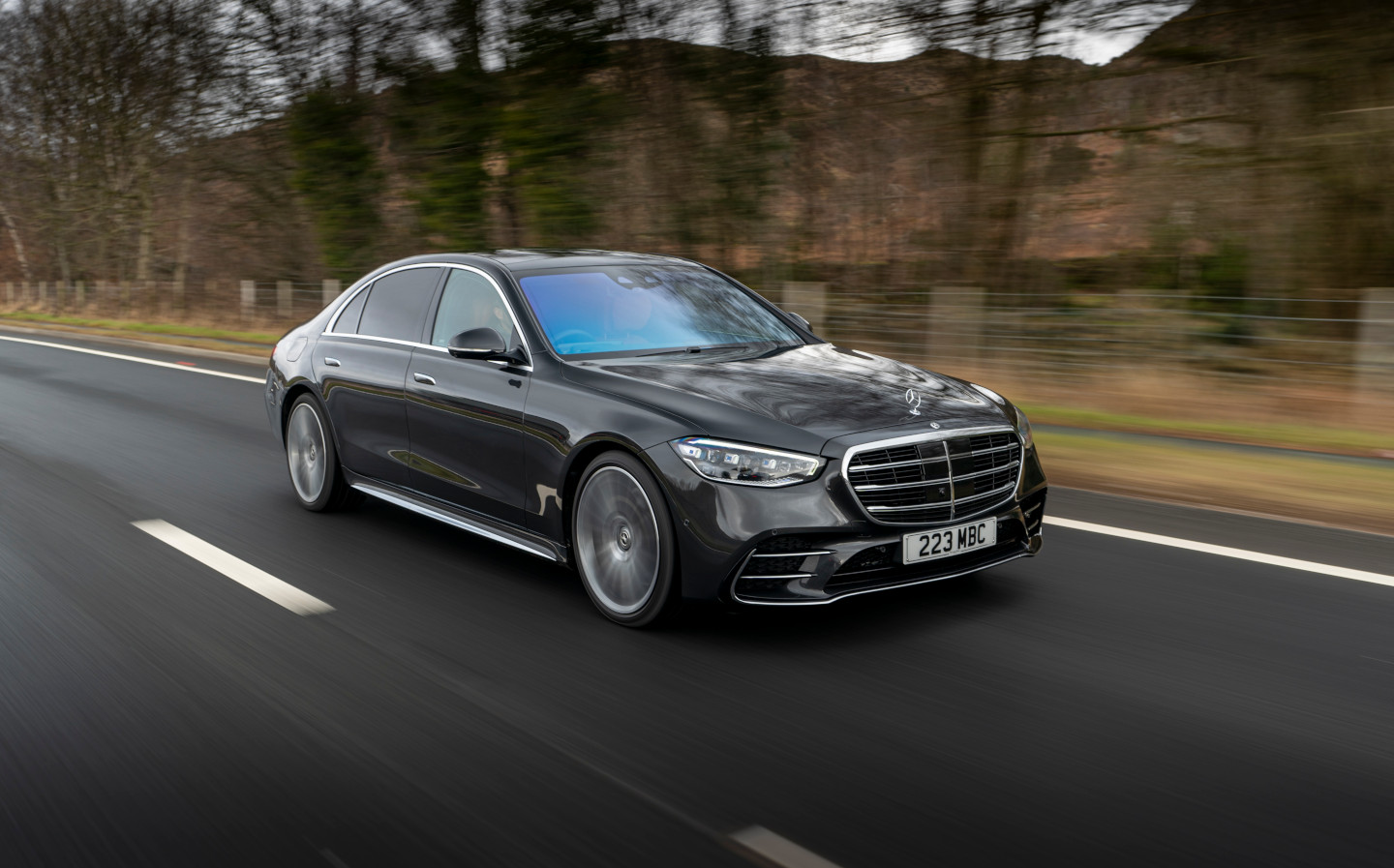 THE NEW Mercedes-Benz S-Class is too complicated, according to Jeremy Clarkson.

In his latest car review for the Sunday Times Magazine, the columnist says he had high hopes for the newest version of Mercedes’ luxury saloon due to its history of innovation. Previous versions of the car introduced the world to antilock brakes “that actually worked”, seatbelt pretensioners (the devices that tighten a seatbelt in the event of a collision), stability control, intelligent cruise control and cylinder deactivation.

The technology that Mercedes introduces to new S-Class models is an indication of what will be installed on cars made by more budget brands in five years’ time, notes Clarkson. 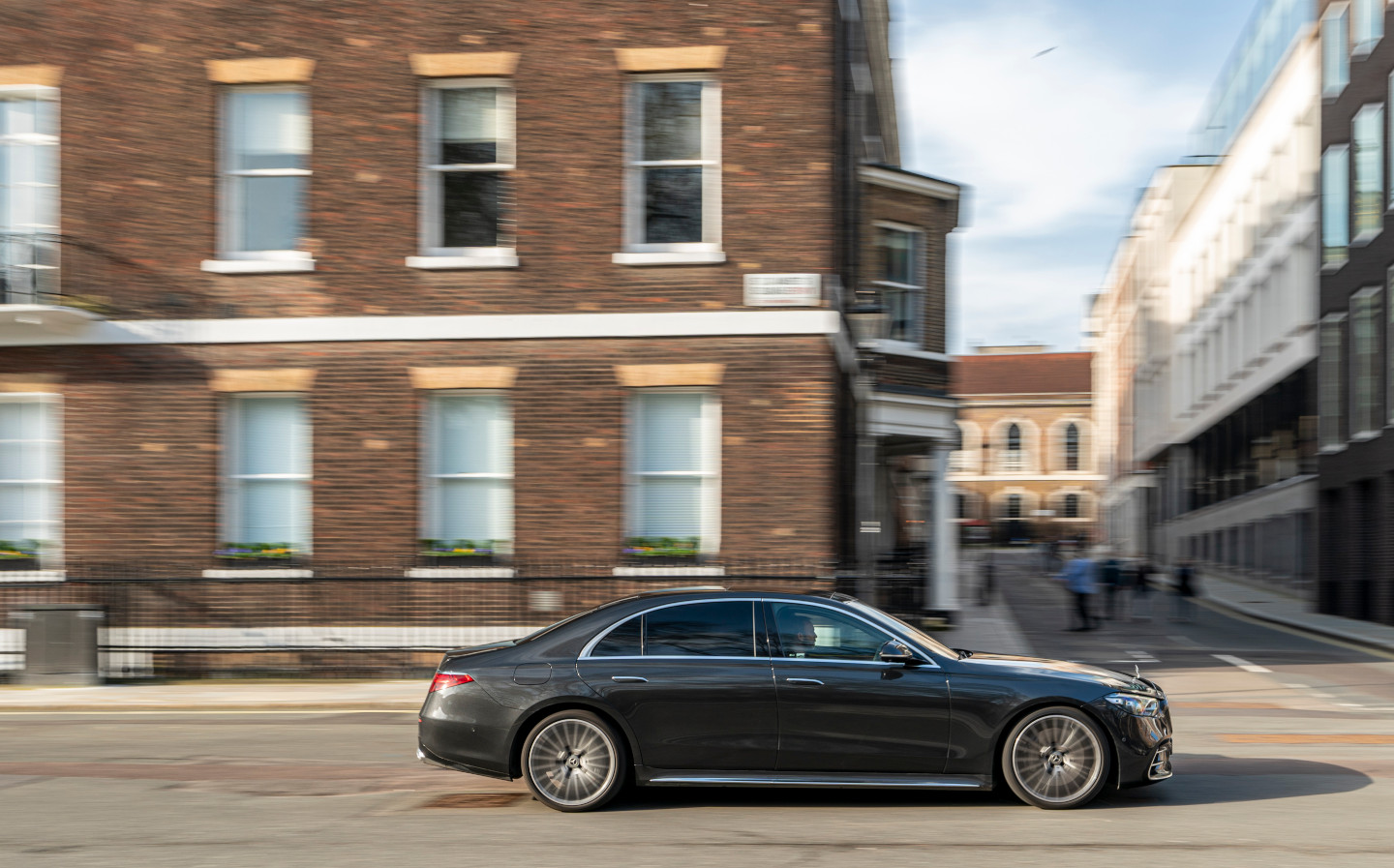 But the 2021 Mercedes S 500 is overloaded with tech, he wrote. “It’s like the designer went to Poundland, bought everything and fitted the lot.”

Clarkson uses the head up display (HUD) as an example, saying that it’s stuffed to overflowing with information: “Speed, direction of travel, a sat-nav map, where the enemy tanks are located, missile readiness and, most distracting of all, a prevailing speed limit indicator that flashes red whenever you go even 1mph faster than the lawmakers believe is appropriate.” 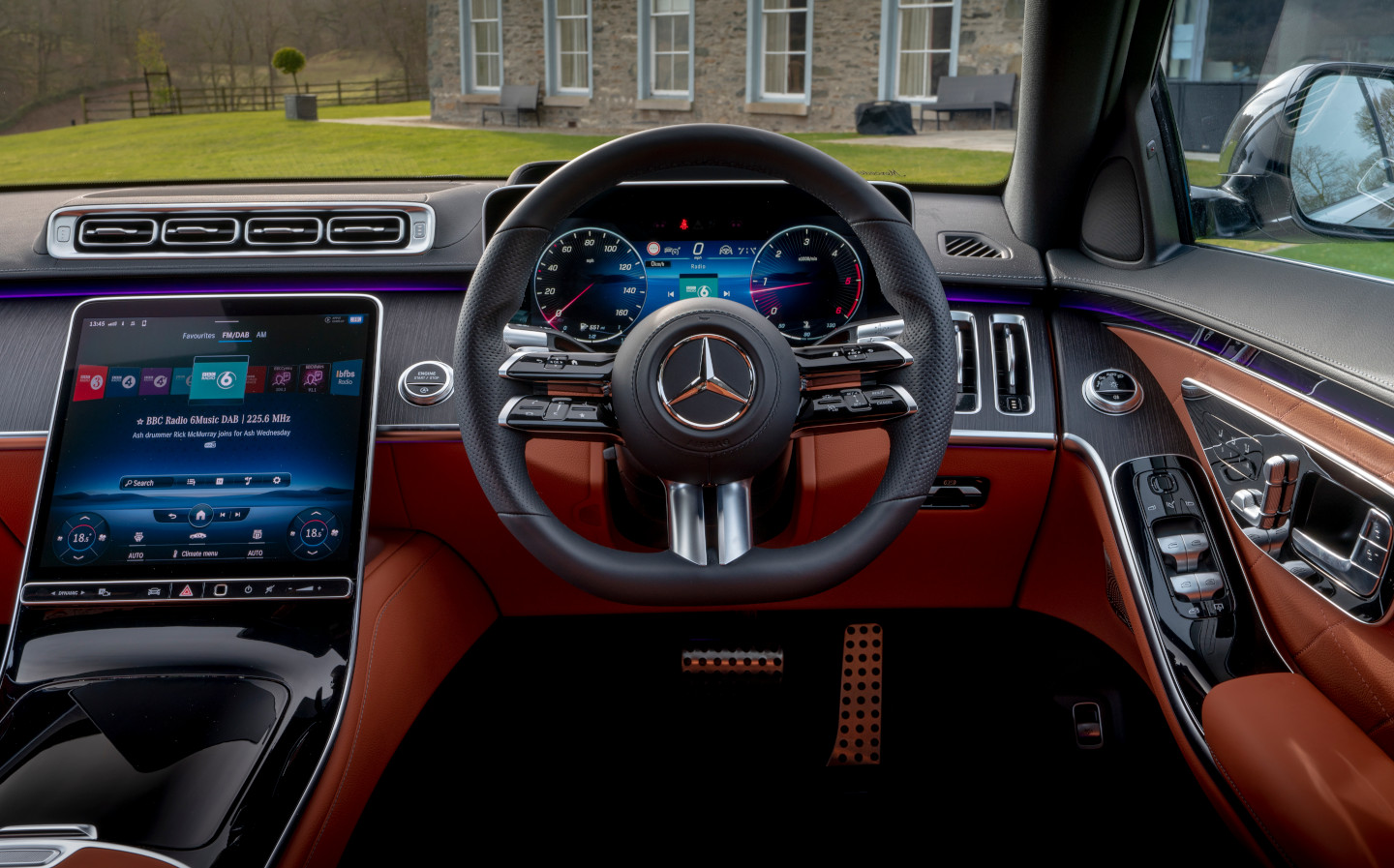 The HUD became one of a number of systems Clarkson found himself deactivating whenever he climbed into the S-Class. Another was the car’s lane departure system — a fixture in many modern cars — which jolts the steering wheel when the vehicle begins to drift out of its lane. Indicating to indicate a lane change is not always necessary, particularly if there are no other road users nearby to witness the manoeuvre.

Switching off the driver assist systems is something that it is important to do before commencing a journey, Clarkson believes, due to the fact that switching them off while driving can be a confusing and distracting task:

“At one point I confidently yanked at the knob to shut down the HUD only to discover that it was the handbrake. This surprised the man who was in the car behind.” 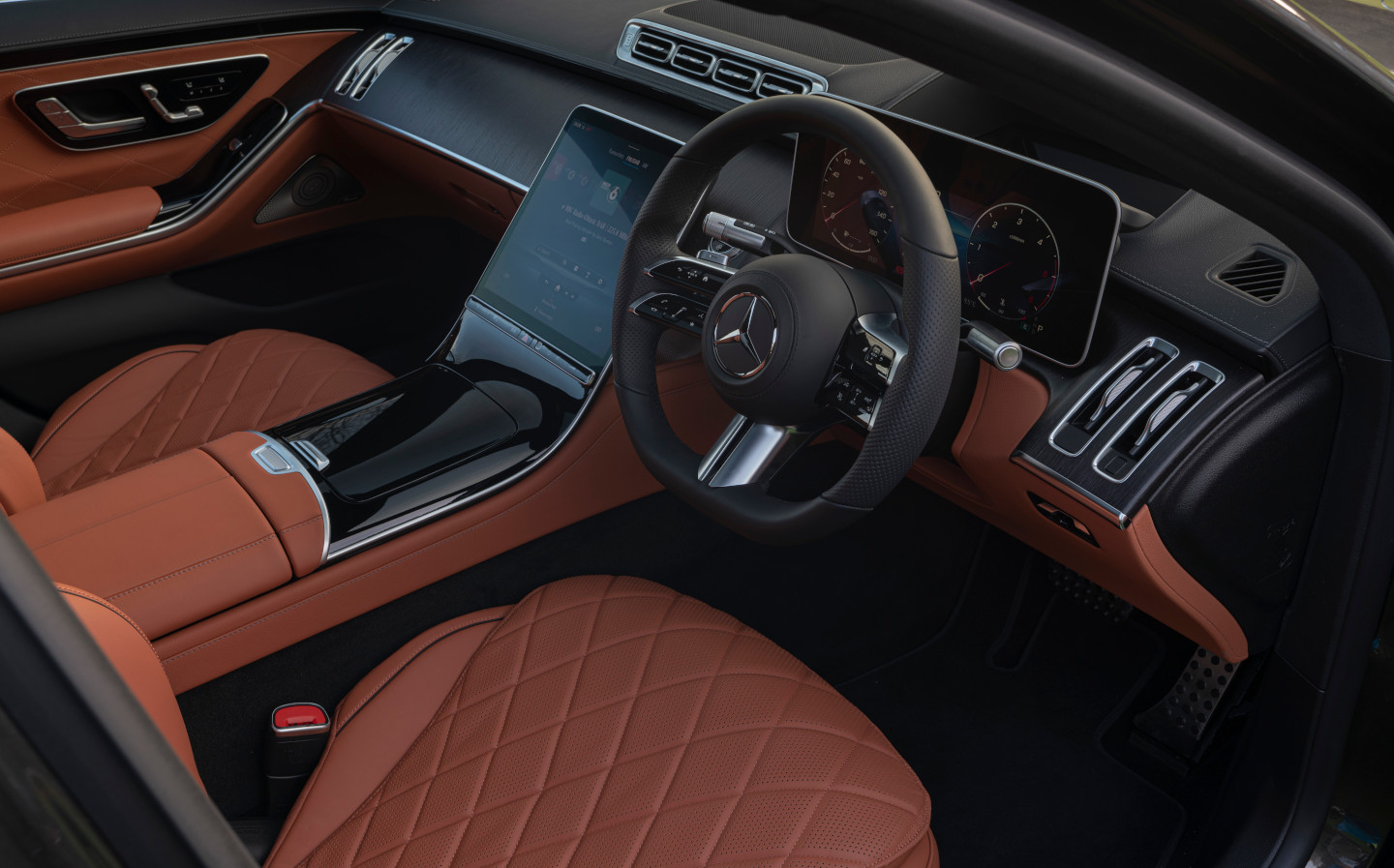 He also didn’t like the fact that Mercedes has changed the design of the gearlever in the S-Class from a “gearlever shaped knob” to a stalk that is identical in design to the one used to control the lights and wipers, which resulted in more confusion and surprised road users.

He continues that the myriad bits of technology on the S-Class has led to a convoluted control system of menus and sub-menus that can be distracting to operate while driving. 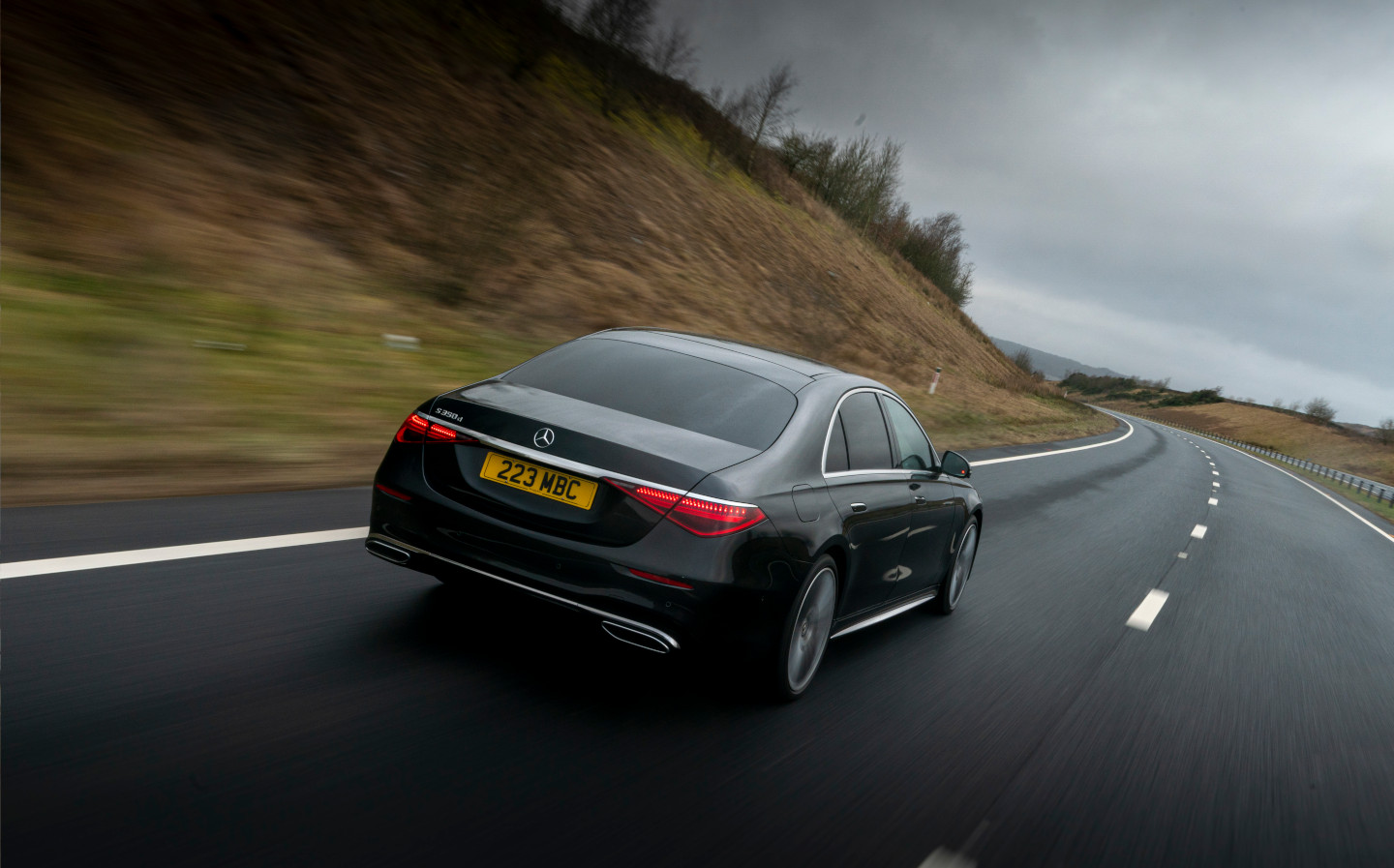 And once you have switched off all the systems that need deactivating and started driving, the S 500 feels as if it is lacking something, Clarkson reckons. Despite being significantly longer than the model it replaces, the S-Class is just 2,095kg — fairly light for a car of its size and type. However, in making the car as lightweight as possible, Mercedes has deprived the S-Class of its characteristic solidity. “It feels… frothy”, Clarkson decided.

It isn’t all bad, according to the writer — the S 500’s ride is excellent, he wrote; smoother even than his own Bentley Flying Spur, which is nearly £50,000 more expensive than the Mercedes. And it’s almost eerily quiet due to the use of acoustic foam.

He also accepted that owners would become accustomed to all of the Mercedes’ confusing gizmos and assist systems, as one gets used to a new phone or computer. “But I don’t want to spend my life getting used to stuff,” he said.

You can read Jeremy Clarkson’s full review of the Mercedes S 500 on the Sunday Times website, or in today’s Sunday Times Magazine.

Driving.co.uk has also driven the new Mercedes S-Class and will be publishing a full review soon.