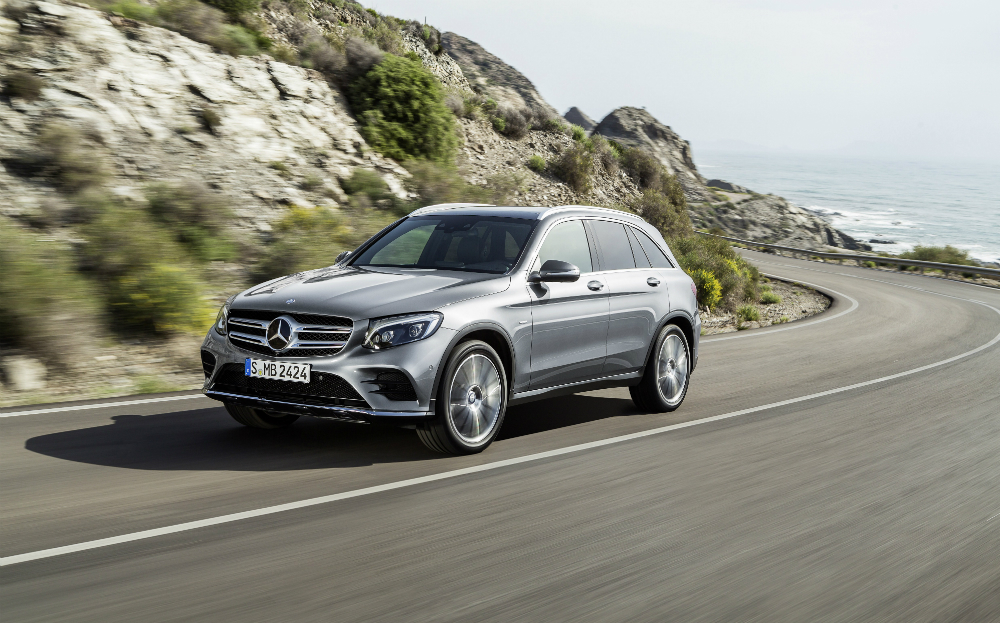 THE GREAT British school run is about to get more crowded with SUVs, after Mercedes revealed its new rival to the Audi Q5, BMW X3, Land Rover Discovery Sport (read Jeremy Clarkson’s review) and Volvo XC60.

The German car maker hopes to tempt more buyers of family SUVs into its showrooms with the new model, which is smaller than the popular M-class, in much the same way that a BMW X3 is like a shrunken X5.

The new model is available to order now, priced from £34,950, and cars will start to be delivered in November.

Unlike some SUVs, the GLC is said to be built tough enough to tackle serious off-road terrain. It uses a longer version of the platform of the Mercedes C-class saloon, that has been substantially reengineered to accept four-wheel drive and (optional) air suspension with different settings for the rough n’ tough of green lanes, wet and slippery fields or sandy beaches. 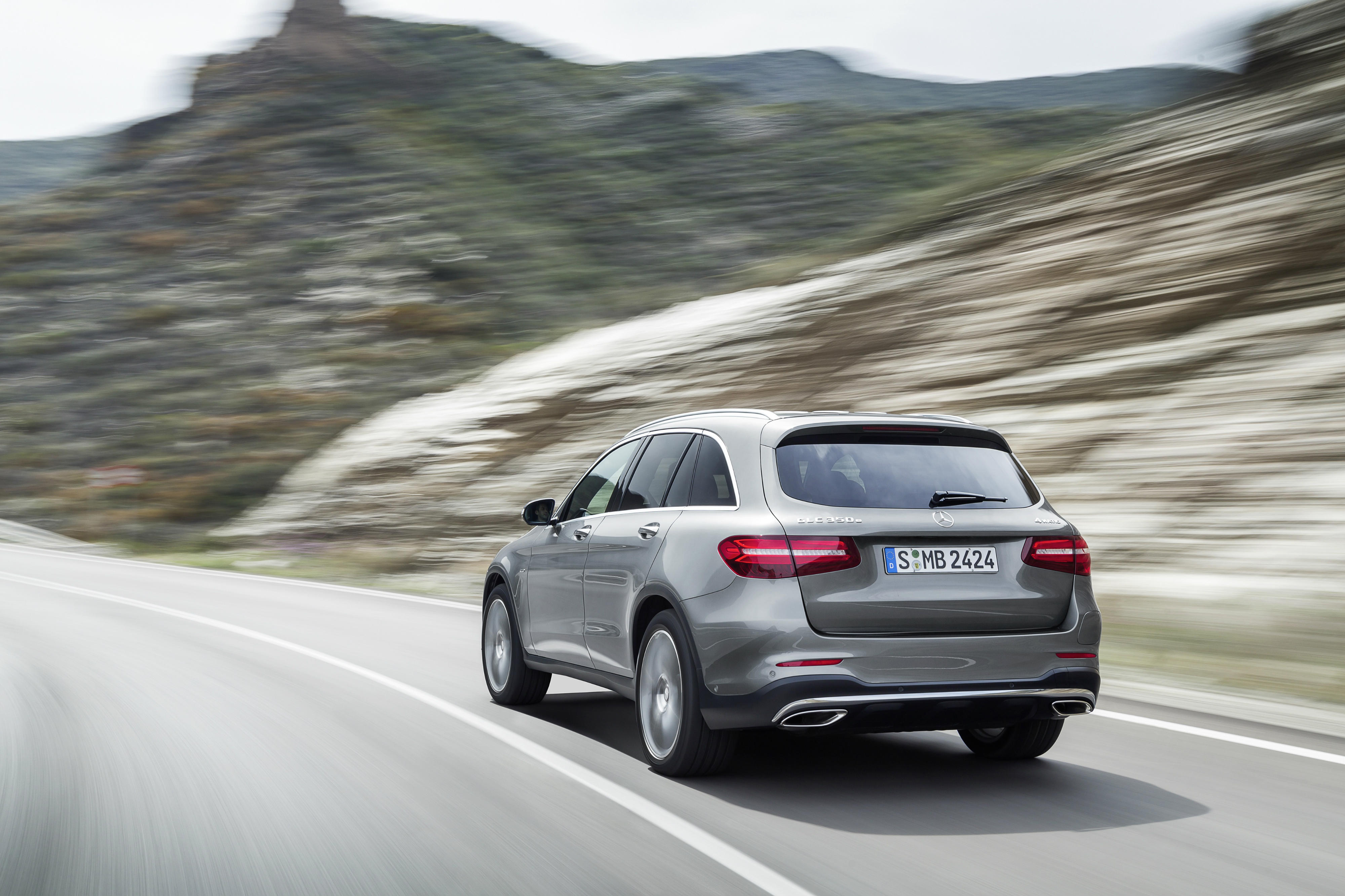 There are three looks for the GLC. The first is a standard style, an alternative is one optimised for driving off-road and the final choice is a sporty, AMG version.

Mercedes will also initially offer a choice of three engines. The range will start with the GLC 220d, which is a 168bhp diesel said to return 56mpg. A GLC 250d will have 201bhp and also returns 56mpg. Drivers after a petrol-powered model can pick the GLC 250, which has 208bhp and manages 43mpg.

Browse the used SUVs for sale on driving.co.uk

If those models sound a little too sensible for your tastes, both plug-in hybrid and high performance versions of the new GLC are on their way. The Mercedes GLC 350e should go on sale by the end of the year, and will combine the 208bhp petrol engine with a 114bhp electric motor that can be recharged from the mains electricity supply or whilst driving. It is expected to emit around 60g/km of CO2, making it exempt from road tax and the congestion charge, and tax efficient for company car drivers. 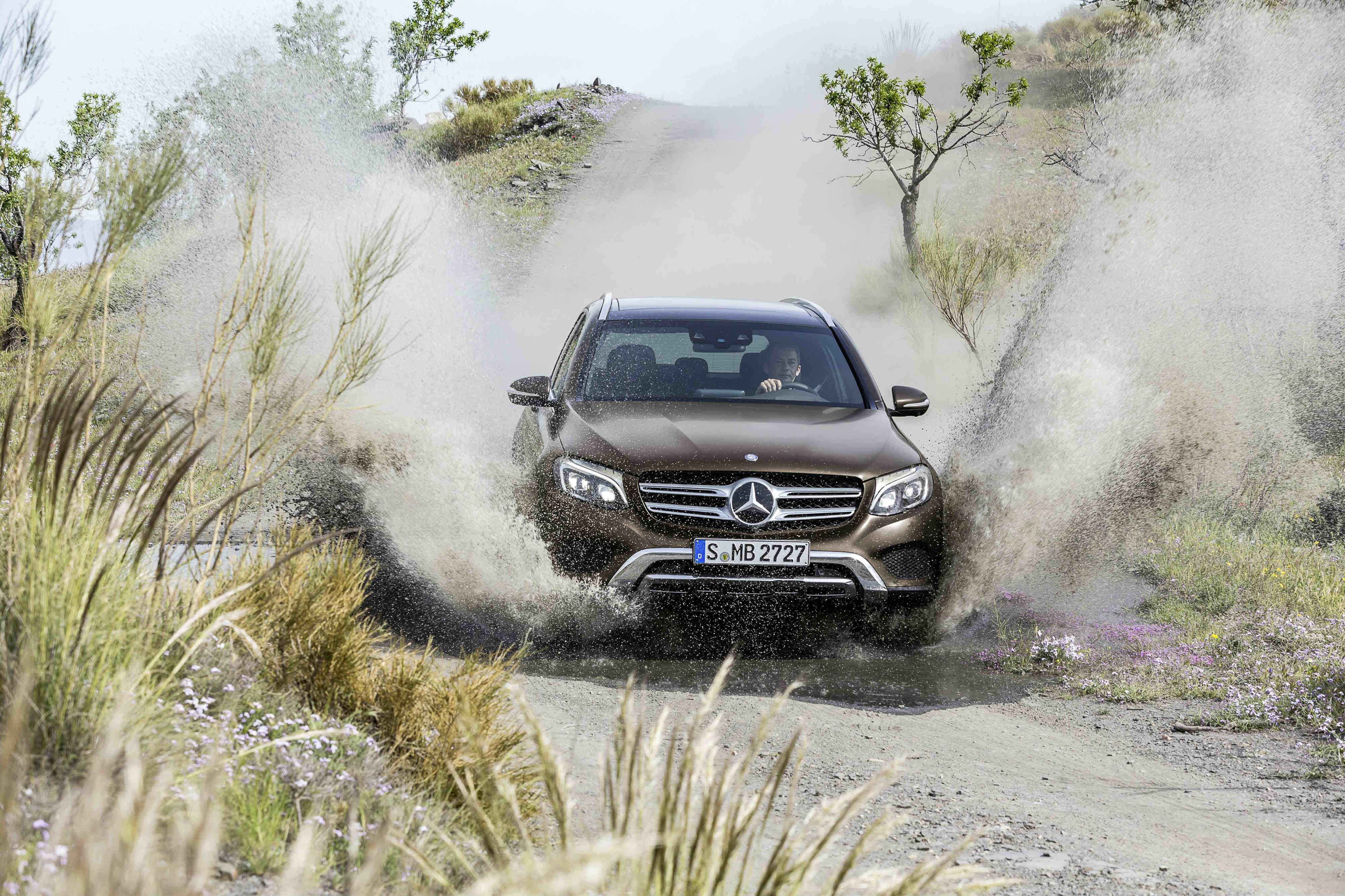 Not quite so good on tax — but undoubtedly faster from A to B — will be the GLC 450 AMG Sport. It will use a twin-turbocharged V6 engine producing about 360bhp. 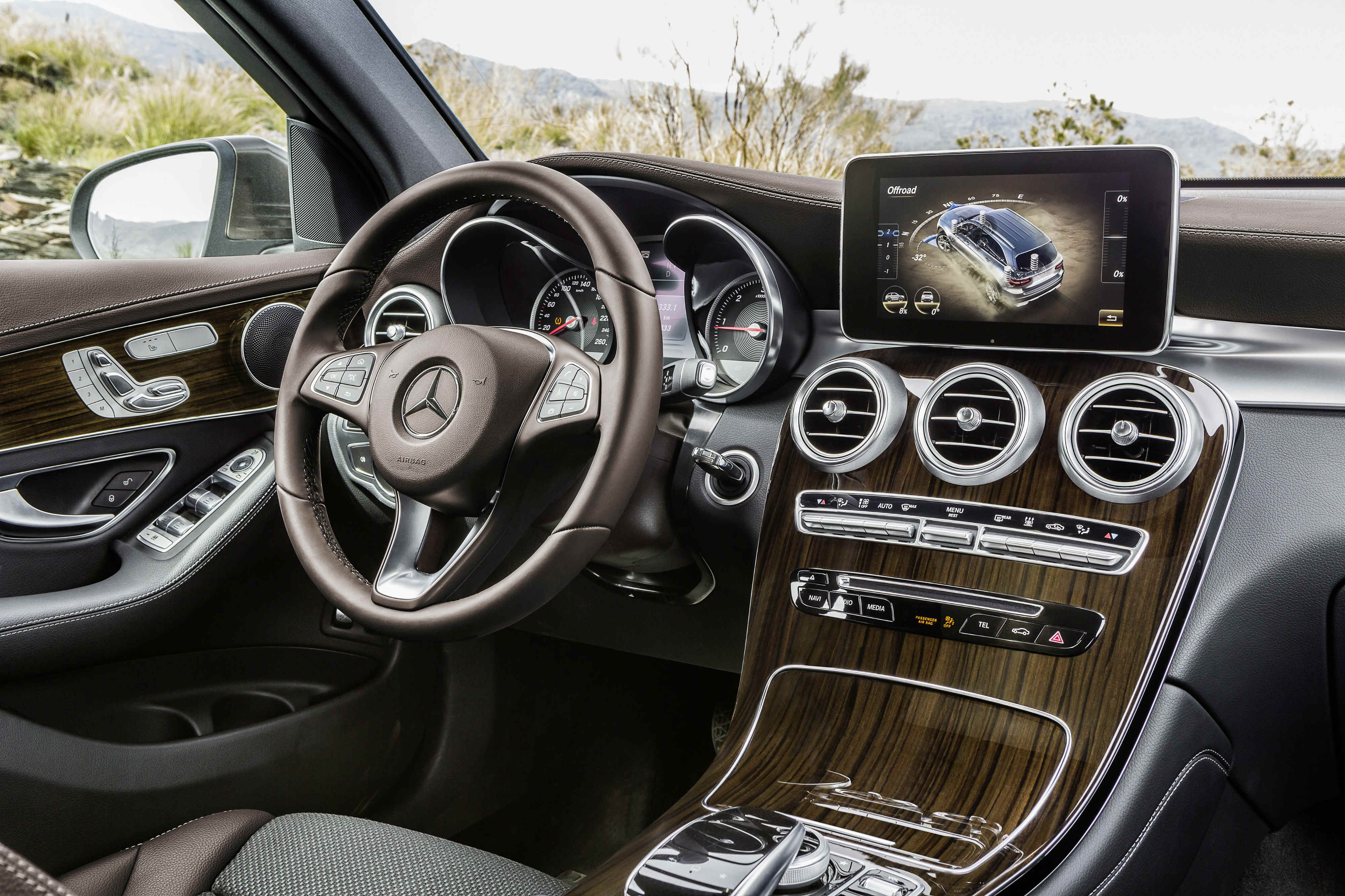 Although Driving has yet to try the car for size, Mercedes claims that its long wheelbase gives it more cabin space for five people (there is no seven seat option) than rivals cars, in particular the BMW X3.

The back seat is divided 40:20:40, and the boot offers up to 580-litres of luggage space. Taking a leave out of Ford’s book, there’s the option of a tailgate that can be opened by waving a foot under the rear bumper, which uses proximity sensors to detect the key and open the boot for mums and dads weighed down by the supermarket shop.