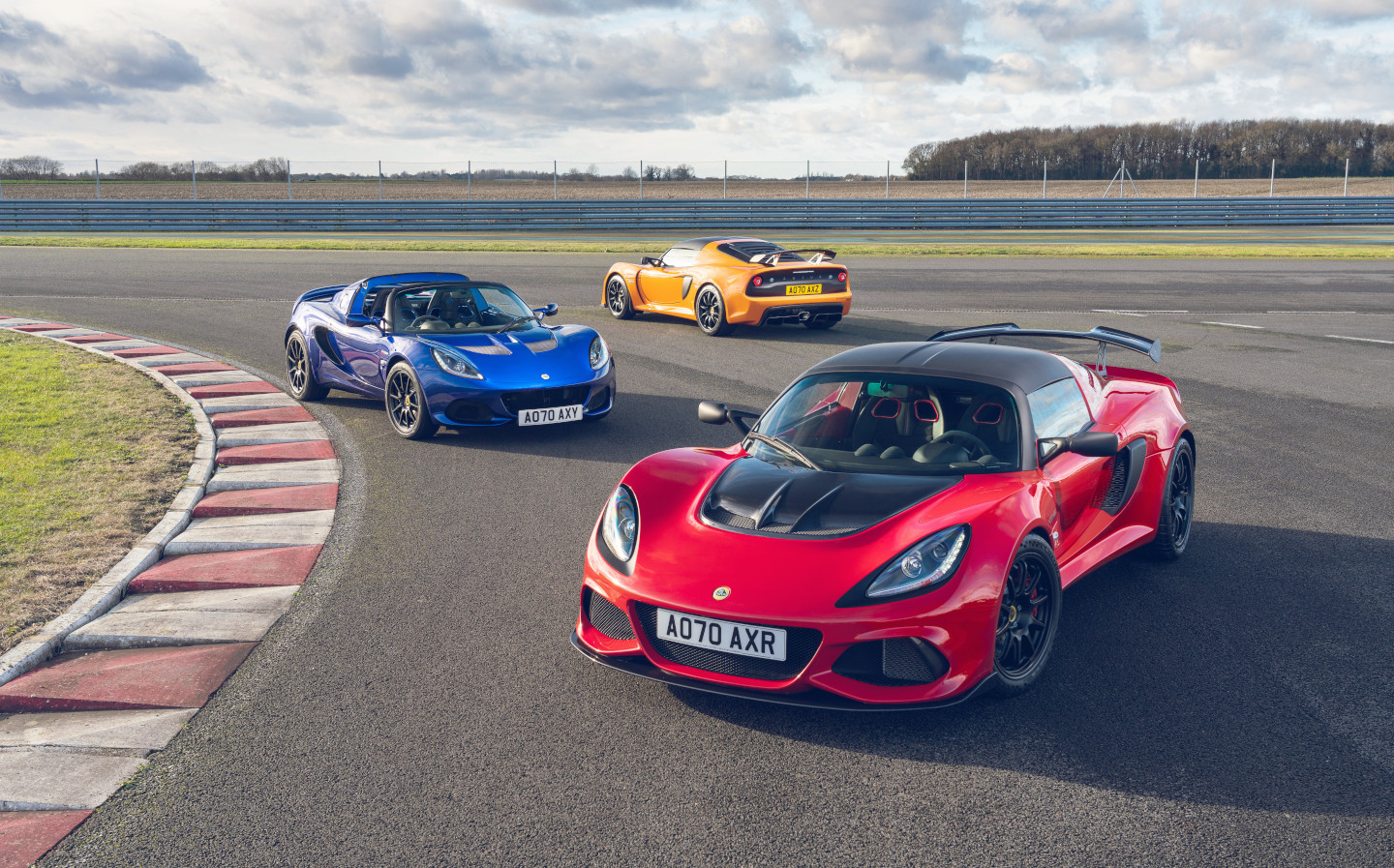 LOTUS will produce a range of five “Final Edition” versions of the Elise and Exige sports cars to mark the retirement of its time-hallowed models.

The swansong models will have higher power and more luxurious standard specification than the standard cars, and will have aesthetic identifiers including exclusive colours, wheel finishes, new trim and “Final Edition” badging.

The long-standing sports cars are being retired later this year to make way for a new generation of Lotus models, spearheaded by what is internally being referred to as the Type 131. 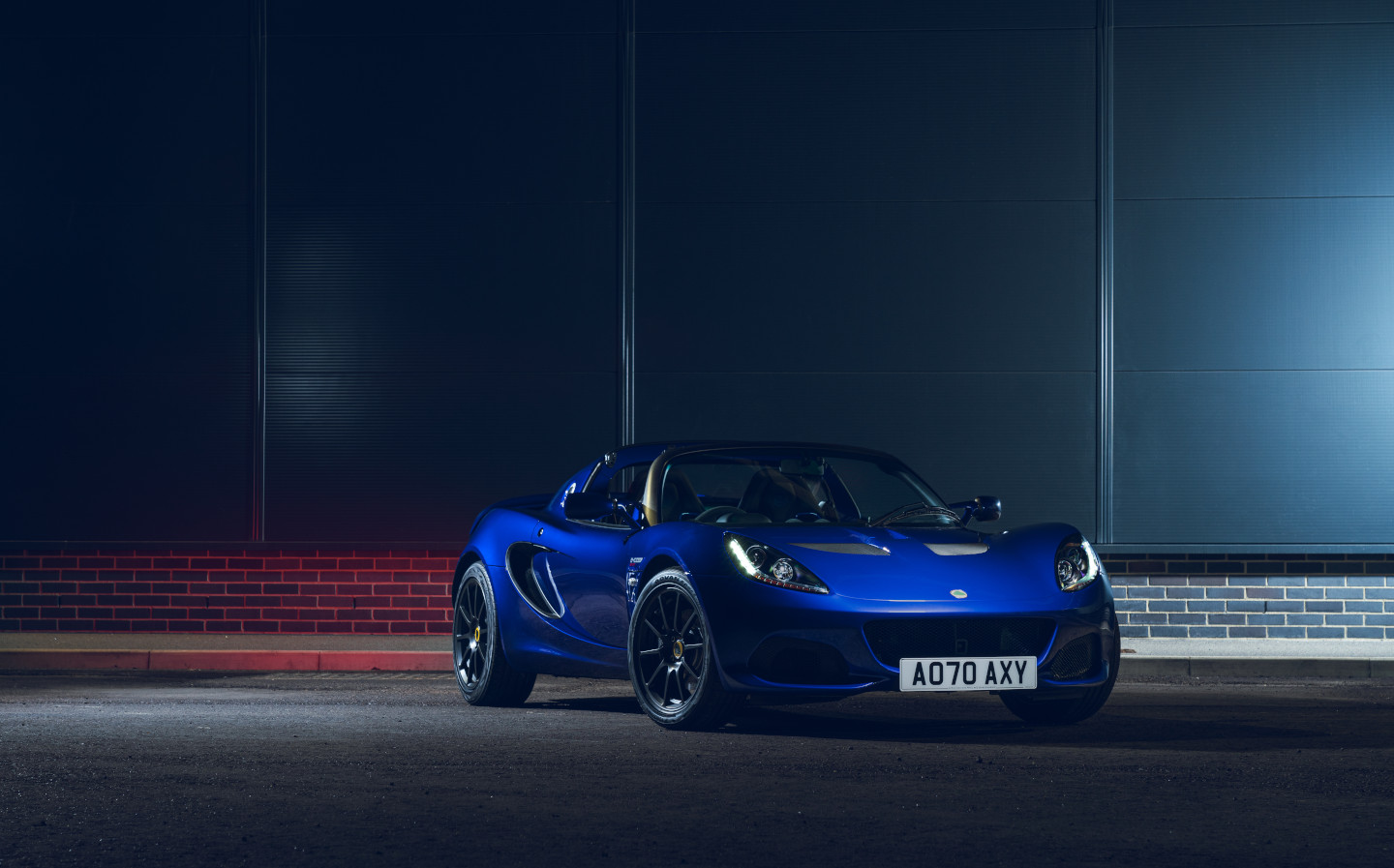 The entry-level model in the Elise line-up is now the Elise Sport 240 Final Edition, which replaces the Sport 220 and has a price tag starting at £45,500. Powered by a recalibrated version of the supercharged, 1.8-litre mid-mounted four cylinder engine, it packs 240bhp (hence the name) and 180 lb ft of torque — allowing it to sprint to 60mph in 4.1 seconds.

The 10-spoke forged alloy wheels used are half a kilo lighter apiece than those found on the Sport 220, and if all weight saving options are chosen, the outgoing model is just 898kg, 24kg lighter than the model it replaces.

In the Elise Cup 250 Final Edition, which affords a £5,400 over the entry-level model, Lotus has emphasised downforce and aerodynamics, which have been improved thanks to components including a front splitter, rear wing, rear diffuser and side floor extension.

There are no mechanical alterations compared to the car it replaces but the new bodywork increases downforce to 66kg at 100mph and 155kg at 154mph, the top speed. Standard equipment includes sport dampers and adjustable anti-roll bars.

Both versions of the Elise Final Edition have what Lotus claims is the most comprehensive list of creature comforts ever included on the car, including a new digital dashboard and leather and Alcantara-clad steering wheel.

A bespoke range of colours hark back to Lotus’ past, including Azure Blue (the colour in which the car appeared in original 1996 press material), Racing Green (the colour of the car shown at the 1995 Frankfurt Motor Show) and Black (the colour associated with Lotus’ motor sport operations). 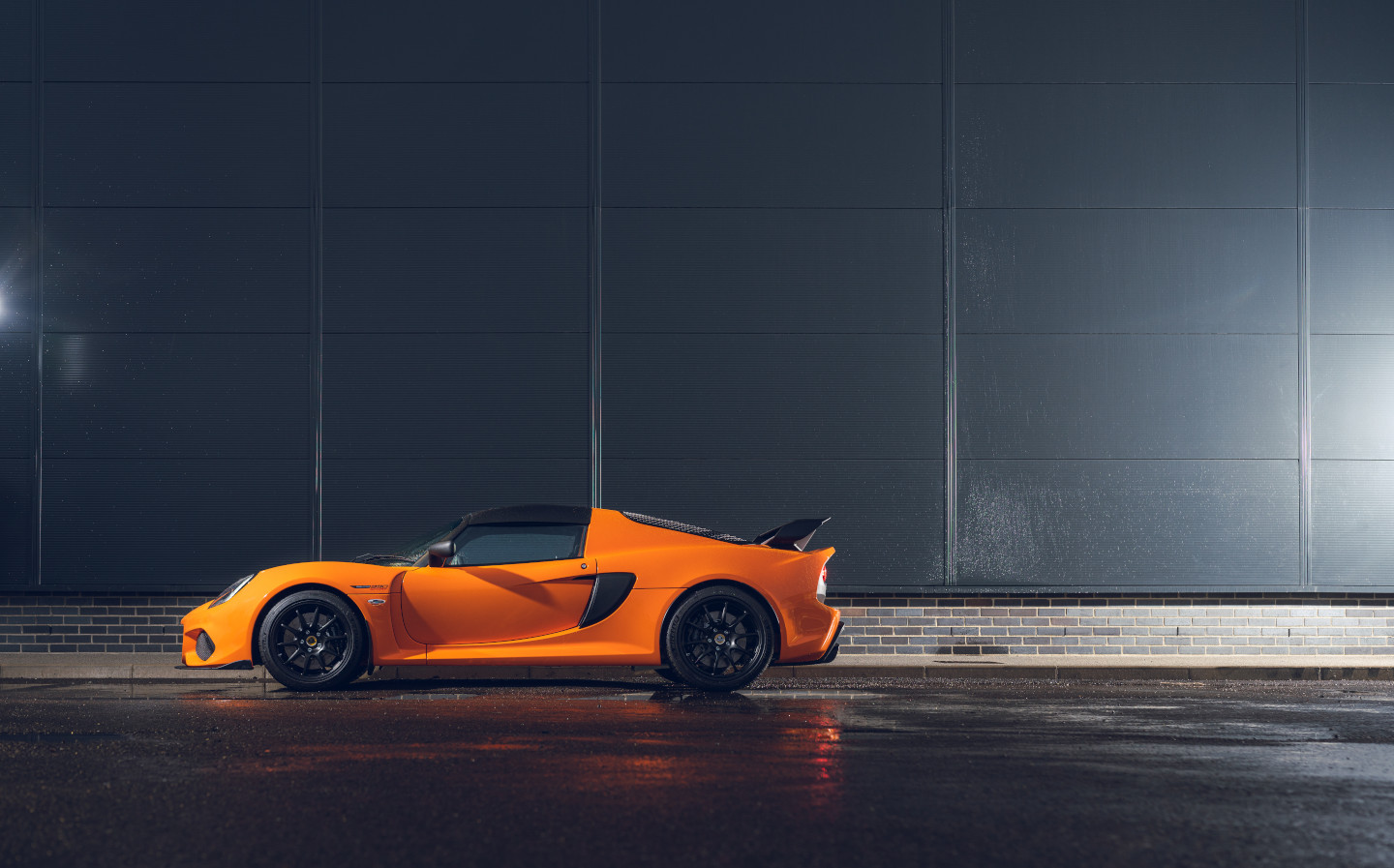 Meanwhile, all last-dance Exige models are powered by a 3.5-litre V6 and are based on a bespoke version of Lotus’ famous bonded-aluminium chassis. They also gain a unique rear subframe.

Like the Elise, they receive a better equipment list than ever before and paint colours are chosen based on historical significance: these include Metallic White, the colour the V6 Exige was first shown in at the 2011 Frankfurt Motor Show, and Metallic Orange, the colour of the first press fleet car.

The Exige Cup 390 Final Edition, priced at £64,000, replaces the Exige Cup 350 and produces 397bhp thanks to a recalibrated supercharger that allows the car to get from 0-60mph in just 3.7 seconds.

The Exige Sport 420 gains 10bhp on the Sport 410 that it replaces and gets an extensive standard equipment list that includes front and rear adjustable anti-roll bars, three-way adjustable dampers, 10-spoke forged alloys and Michelin Pilot Sport Cup 2 tyres. Performance from 0-60mph improves by 0.4 seconds and top speed is 180mph, the highest in the Exige range. It is, however, £79,900.

The final range-topping Exige remains the Cup 430, the price tag of which rises just into six-figures (£100,600). The £20,000-or so premium over the Cup 390 pays for an improved power to weight ratio and much more downforce: its aero package means that it produces as much at 100mph as the Sport 420 does at 170mph.

Other improvements include forged, four-piston brake calipers, a high-flow titanium exhaust system and a motorsport-derived traction control system that helps to manage torque on corner exit. Standstill to 60mph is shaved down to 3.2 seconds.

It is now only possible to buy Elise and Exige in their Final Edition guises, before they retire later this year. Evora, which is also being retired by Lotus before the end of 2021, is available to buy in its standard format, but Lotus has said that it will make further announcements about the model “in due course.”