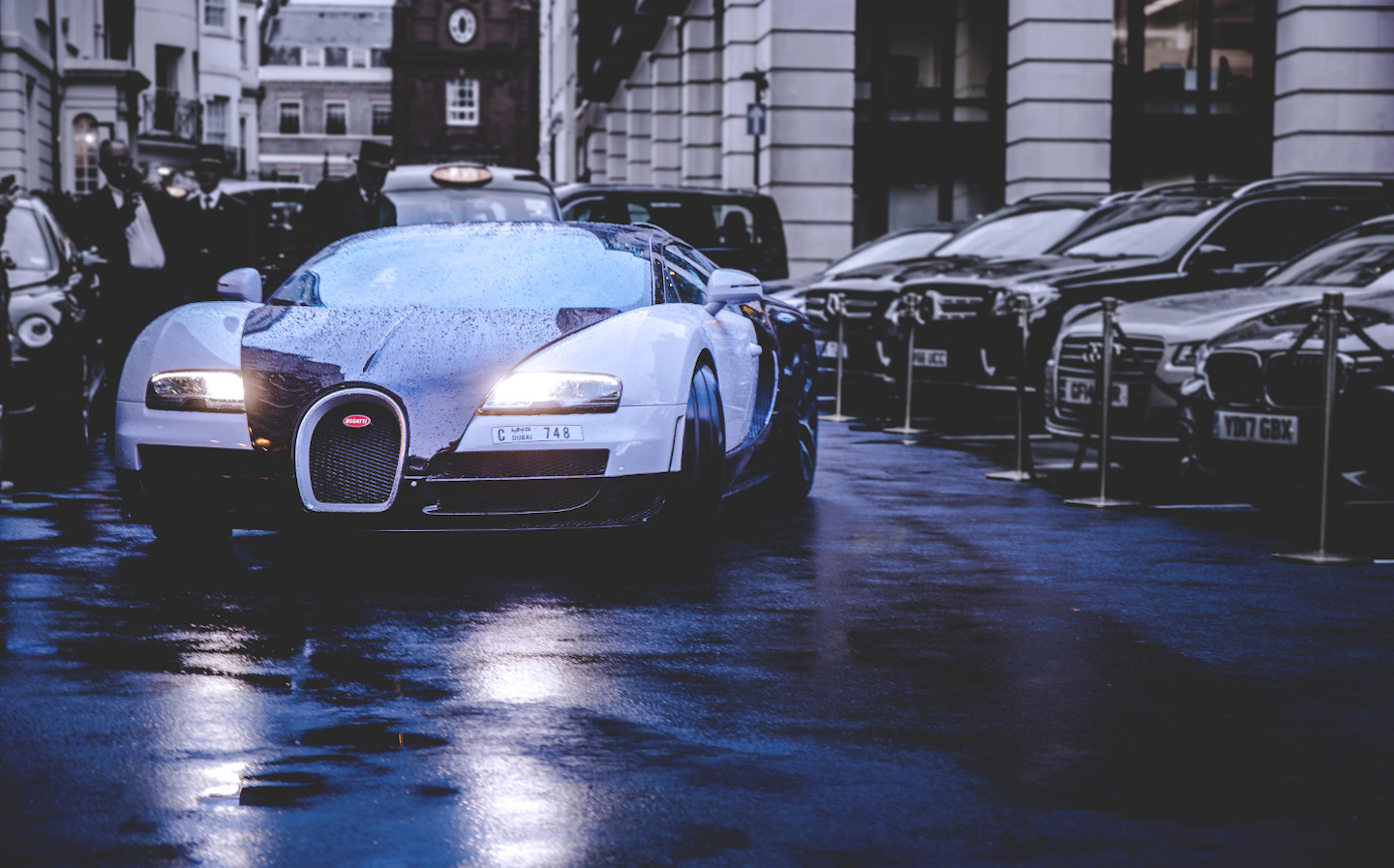 AS THE fastest, most exotic and expensive vehicle on our roads, hypercars get a lot of love from motoring enthusiasts and publications alike, but of course they’re not all that common in the UK — or anywhere, for that matter. Most of us will have been lucky enough to see the occasional Ferrari or Lamborghini supercar, but only a few will have spotted the wildest £1m-plus machines.

It’s a genre defined by ultra-high prices and ultra-low production numbers, and that restricts the clientele of hypercars to the rich and, often, famous. For most petrolheads, the closest they’ll get to one is at a motor show, in a video game or on a childhood bedroom wall.

Car selling comparison website Motorway.co.uk analysed Driving and Vehicle Licensing Agency (DVLA) data and found that there are only 298 vehicles that it classes as hypercars on the roads of the UK. It estimates that this represents 5.6% of the hypercars registered globally, meaning that there are 5,303 scattered around the world.

Motorway.co.uk came to its definition of “hypercar” through a mixture of the cars’ exclusivity, high prices, design, build quality and online reviews. Individuals may dispute the eligibility of some of these models, and some may wonder why certain models have been left off the list, but it is an interesting insight nonetheless.

The hypercar that you’re most likely to see on UK roads, according to Motorway.co.uk, is the Bugatti Veyron, which first rolled off the production line almost exactly 15 years ago and, at one point, was the world’s fastest car. One in seven of the genre-redefining hypercars, which cost about £1m, call the UK home. The last Bugatti Veyron rolled off the production line in 2015, and was succeeded by the Chiron, of which there are 15 on British roads.

In second place is the far newer, homegrown McLaren Senna, which sits atop the rankings for quickest lap around The Grand Tour’s Eboladrome — and is unlikely to be beaten, given Clarkson, Hammond and May have decided to bin the studio-based format in favour of special episodes filmed overseas. Named after Brazilian F1 legend Ayrton Senna, its twin-turbocharged V8 can muster 790bhp, which in concert with the car’s feather lightness allows it to sprint from 0-62 in a blistering 2.8 seconds.

“That’s really alarming…” said Jeremy Clarkson of the Senna’s acceleration, when reviewing it for The Grand Tour. “I’m going to be sick now.” It is surprising that the Senna is so popular in the UK — as its name might suggest, it’s more at home on a racetrack than cruising the streets of West London, with a deafening noise and almost no luggage space.

Other McLaren hypercars you might see on the streets of the UK include the F1 and the P1. Of the 64 F1s that were made, 11 are in this country, as are six of the 375 P1s manufactured at the company’s factory in Woking.

Top-end Porsches also come quite high on the list, with 49 Porsche 918 Spyders (of which, funnily enough, 918 were made) registered here.

Just 42 of the 1,270 Porsche Carrera GTs manufactured roam our roads. However, the total number might be a bit more like 1,269 after millionaire Benjamin Chen smashed up his Gemballa-modified hypercar on the streets of New York last week, while allegedly under the influence of drugs.

The Aston Martin Vulcan, Ferrari Enzo, Pagani Zonda, and Koenigseggs Agera and One:1, are all members of an elite club. There are only one of each of these cars registered in the UK, says Motorway.co.uk, which is unsurprising in the case of the One:1 as only six were made but more surprising for the Ferrari Enzo, of which 399 were built.

If you want to hear the sweet sound of the bespoke Mercedes AMG V12 in the Pagani Huayra, the Zonda’s successor, you’ll have to go overseas, as there are none registered in the UK, according to Motorway.co.uk. The same goes for the Lamborghini Centenario, Lamborghini’s hundredth birthday present to its founder, Ferrucio Lamborghini.

Statista says that in 2018, there were 32.5m cars on the roads of the UK. That means that, if our calculations are correct, cars listed as “hypercars” by Motorway.co.uk make up 0.000009% of the cars on UK roads. So if you spot one, you’re one of an elite club yourself.

You could, of course, hang around to Knightsbridge, West London, and look out for the inevitable poseurs.

Gallery: Drive-thru coronavirus — how cars are helping during the pandemic