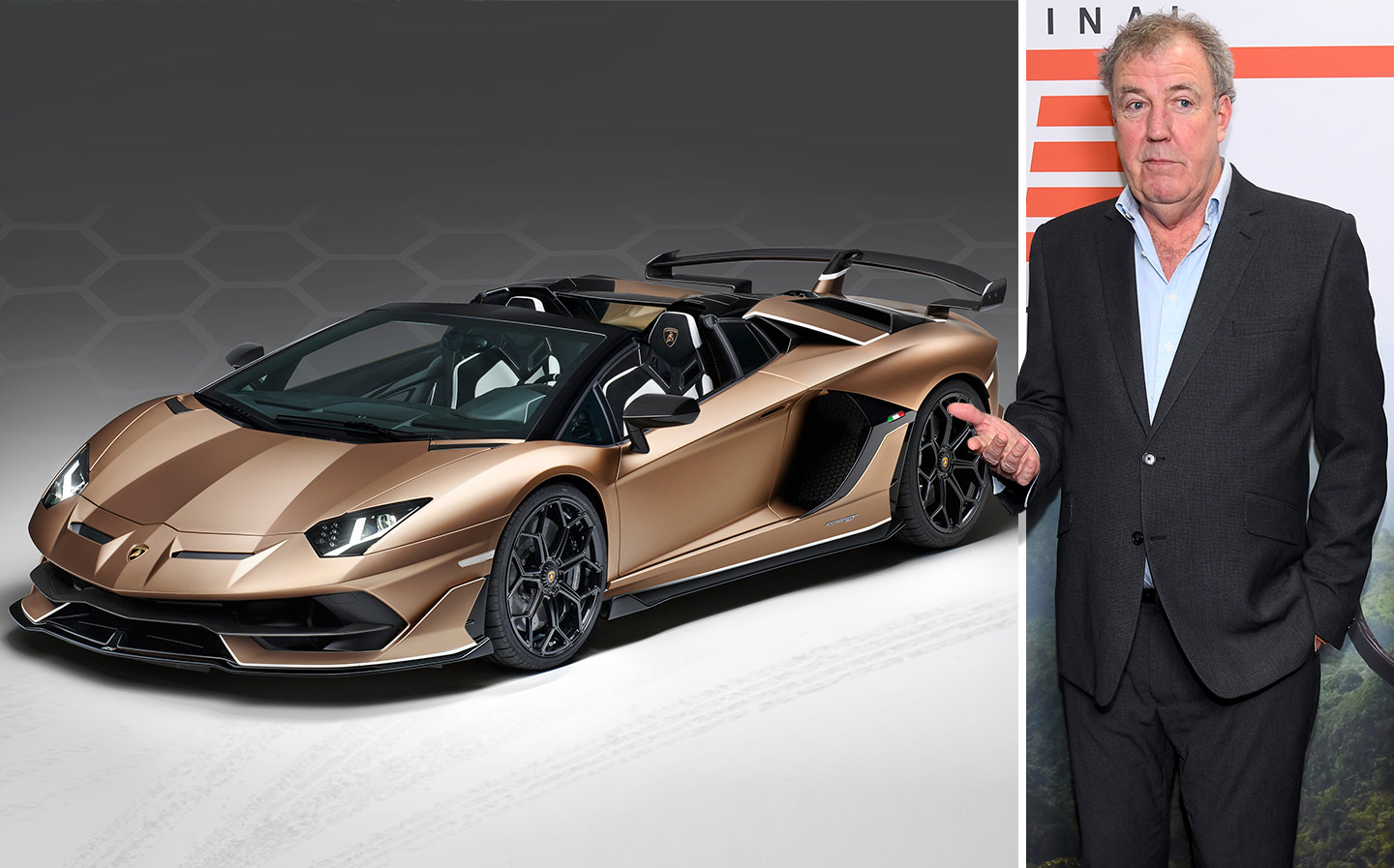 JEREMY Clarkson is a man of many talents. Journalist, presenter, author… historian? In this week’s car review for The Sunday Times, Professor Clarkson gives us an overview of the history of Lamborghini, outlining the reason for its tenacious popularity over the years: making gorgeous supercars that are a seriously flawed.

The Lamborghini Miura, which is thought of as the first true supercar, thanks to its mid-mounted V12 engine, had “aerodynamics so poor that at about 80mph it would try to take off,” Clarkson says. The Miura’s replacement, the Countach, was “designed so that no human being could fit inside, it had steering set in concrete, the sort of clutch God uses to start galaxies and the all-round visibility of a postbox.” But it didn’t matter, he says, because Lamborghinis looked good, and that’s what really matters when it comes to supercars.

And so Lamborghini cultivated a reputation for being a bit hard to get. Its cars were mean to you, but because they were so sexy, you kept coming back. They were the ultimate poster car.

The ‘standard’ Aventador, though, doesn’t fit that mould; Clarkson has driven it up the length of Italy with no bother at all. In his words: “Lambos shouldn’t be easy. They should be bastards.”

So The Grand Tour presenter-turned farmer had high hopes for the limited edition Aventador SVJ Roadster. It’s a bigger, wider beast with “monstrous tailpipes located at the precise head height of a following cyclist.” That’s thanks to a new exhaust system, which is one of a couple of new additions.

Others include a new electronic aerodynamic system, and 30 or so extra brake horsepower, which helped the SVJ become the fastest production car round the Nürburgring Nordschleife.

The SVJ is combative from the outset, says Clarkson, who couldn’t find a way to get into the £391,000 supercar gracefully. He includes a handy guide for “man-shaped” people to get into the car, which involves putting you right arm on the road and folding yourself in backwards “until you hear your spine start to crack”.

And even though you don’t get much change from £400k, don’t expect creature comforts, like door pockets, or a glovebox. Space is also a luxury, meaning he can’t use the left indicator because his knee gets in the way, and he can’t wear his coat and jumper because it means he can’t lean back enough to fit his head inside. And removing the roof requires two circuits of the car before it can be stored under the bonnet. Put it back on wrong and rain gets into the cabin.

There’s also an “incredible smell of natural gas”, which according to the Internet is from the brakes. While Clarkson is sure that’s not true, he doesn’t quite know what causes it. All he can say for sure is that the smell is “pig farm bad”.

The ride is also the worst of any car he’s driven, and feels like there is “no suspension at all”.

Finally, even though it has futuristic aerodynamics and costs as much as a studio apartment in central London, because the Aventador is nearly 10 years old, it’s still using an infotainment control system that is ancient.

But, you’ll be thinking, this is what Clarkson asked for. You can’t say you want a bastard of a car and then complain about it being a bastard. So did it give him exactly what he wanted, or has the Aventador SVJ overdone it playing hard to get? Find out by reading Clarkson’s Aventador SVJ Roadster review at The Sunday Times website.