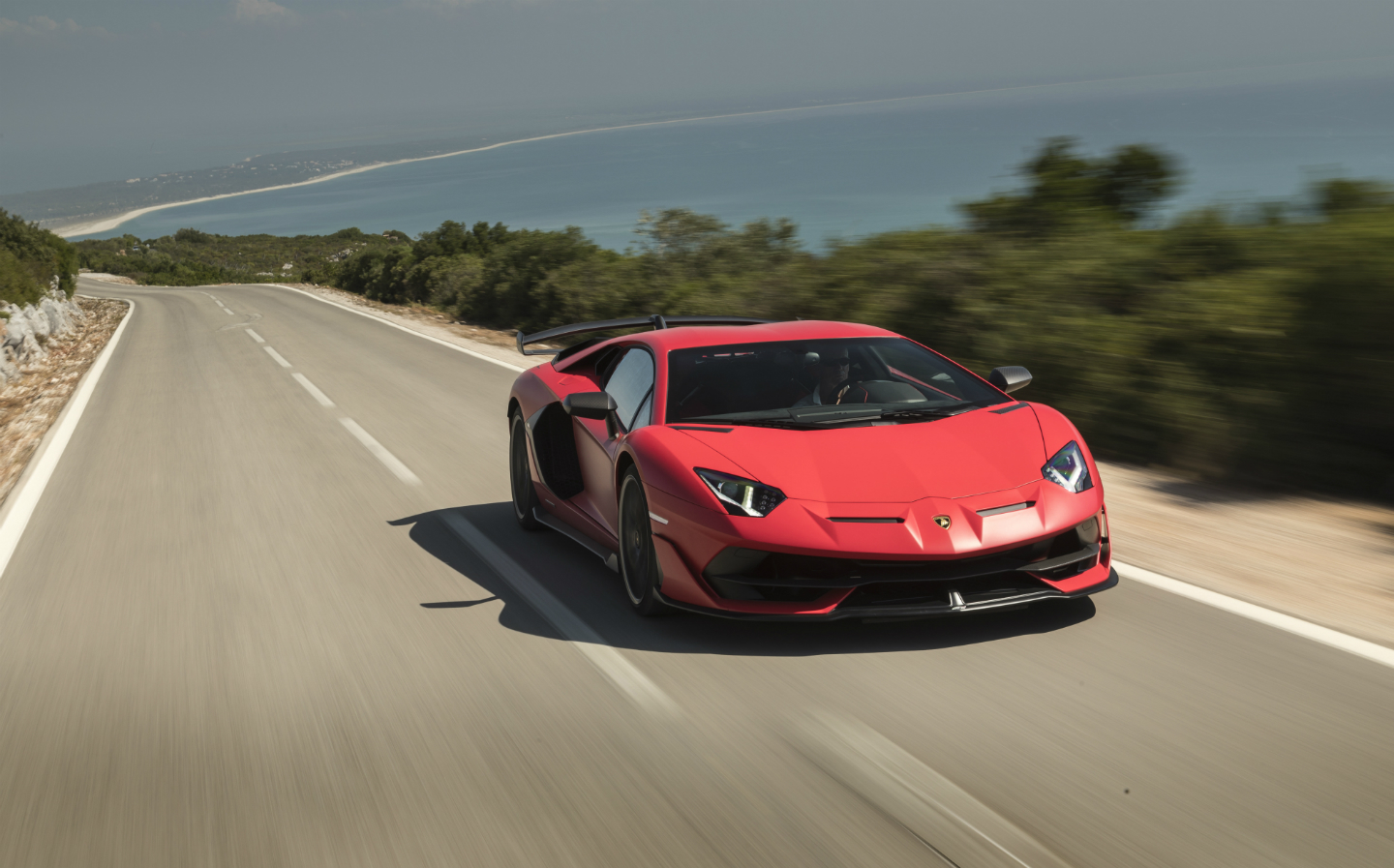 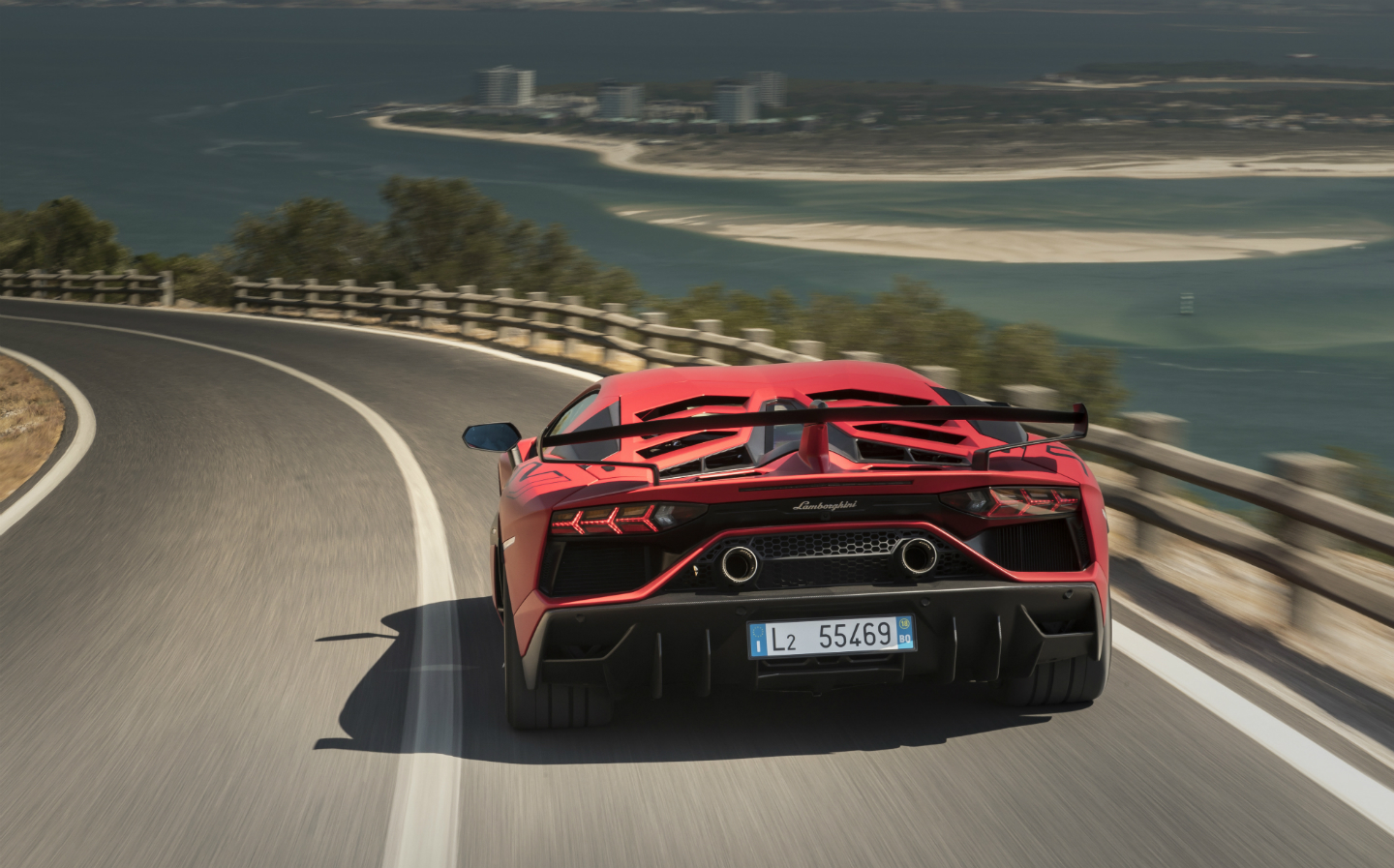 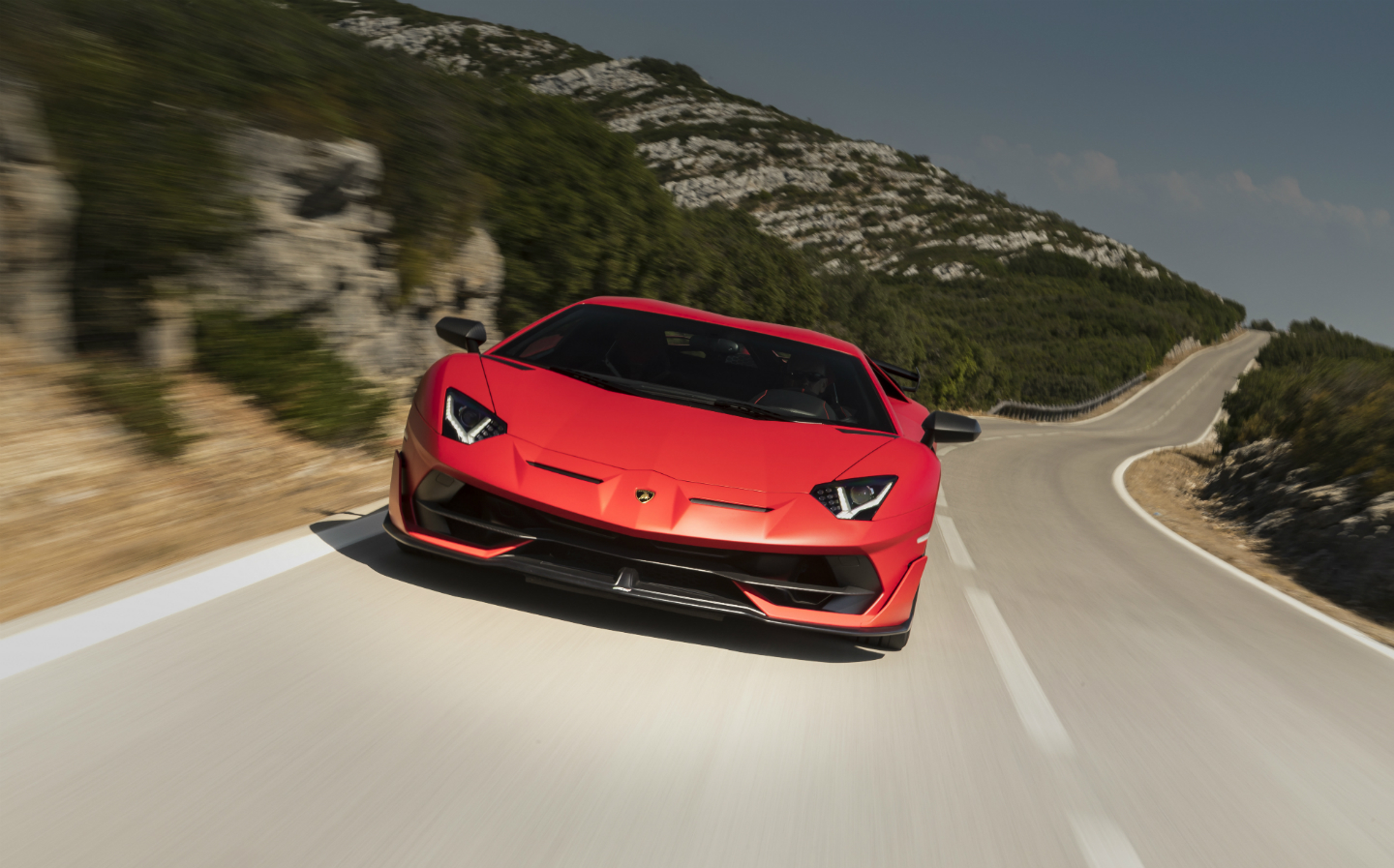 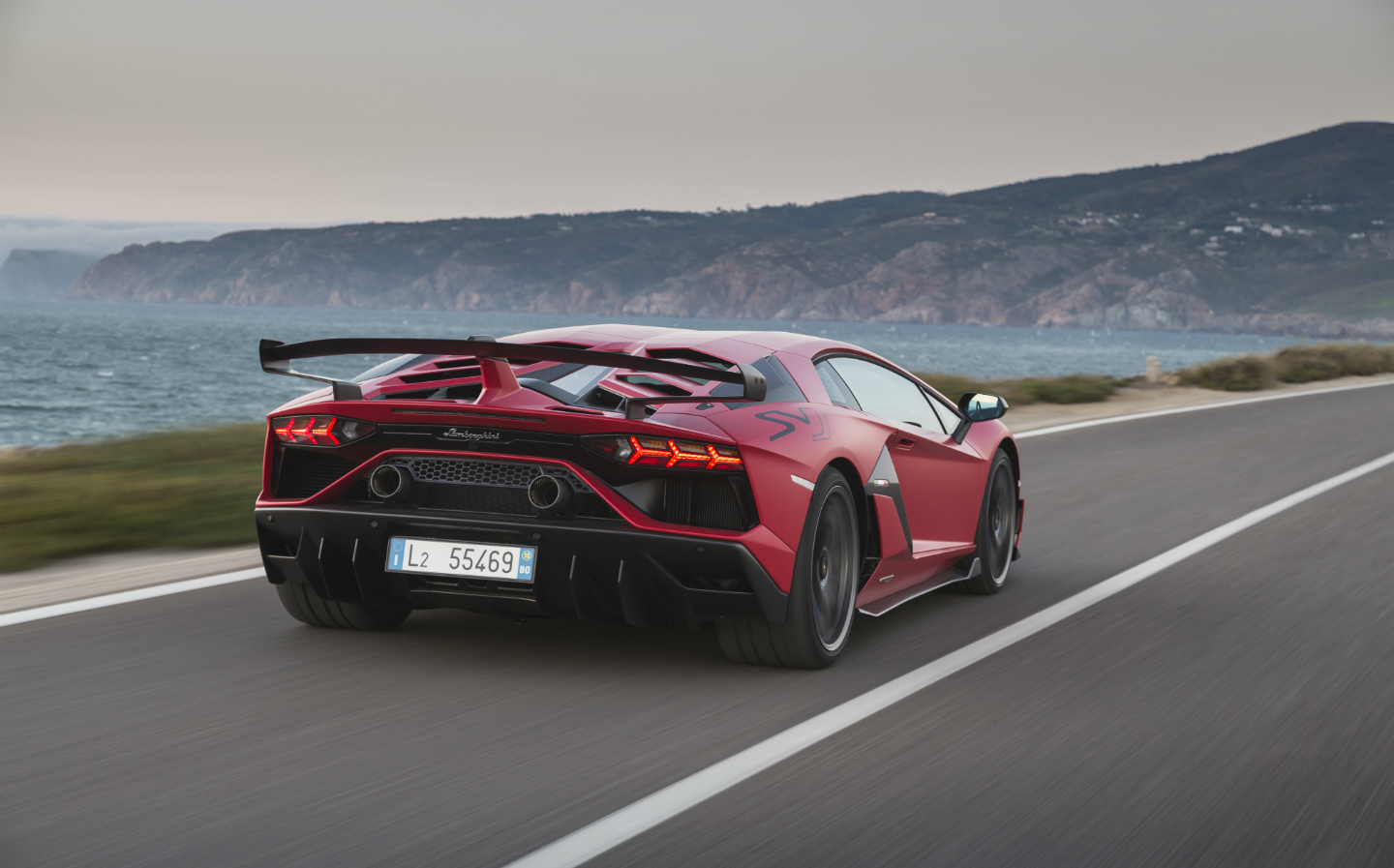 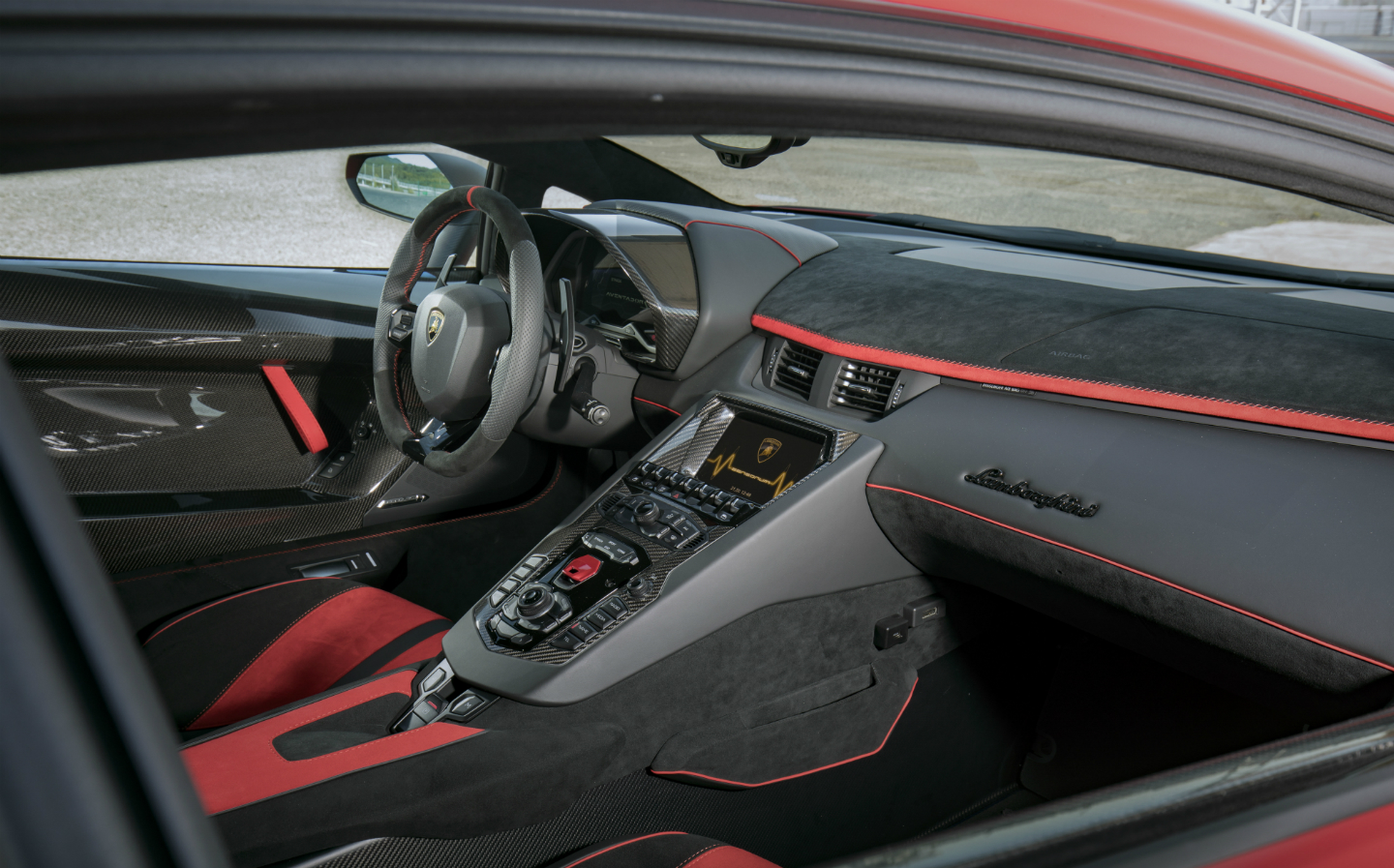 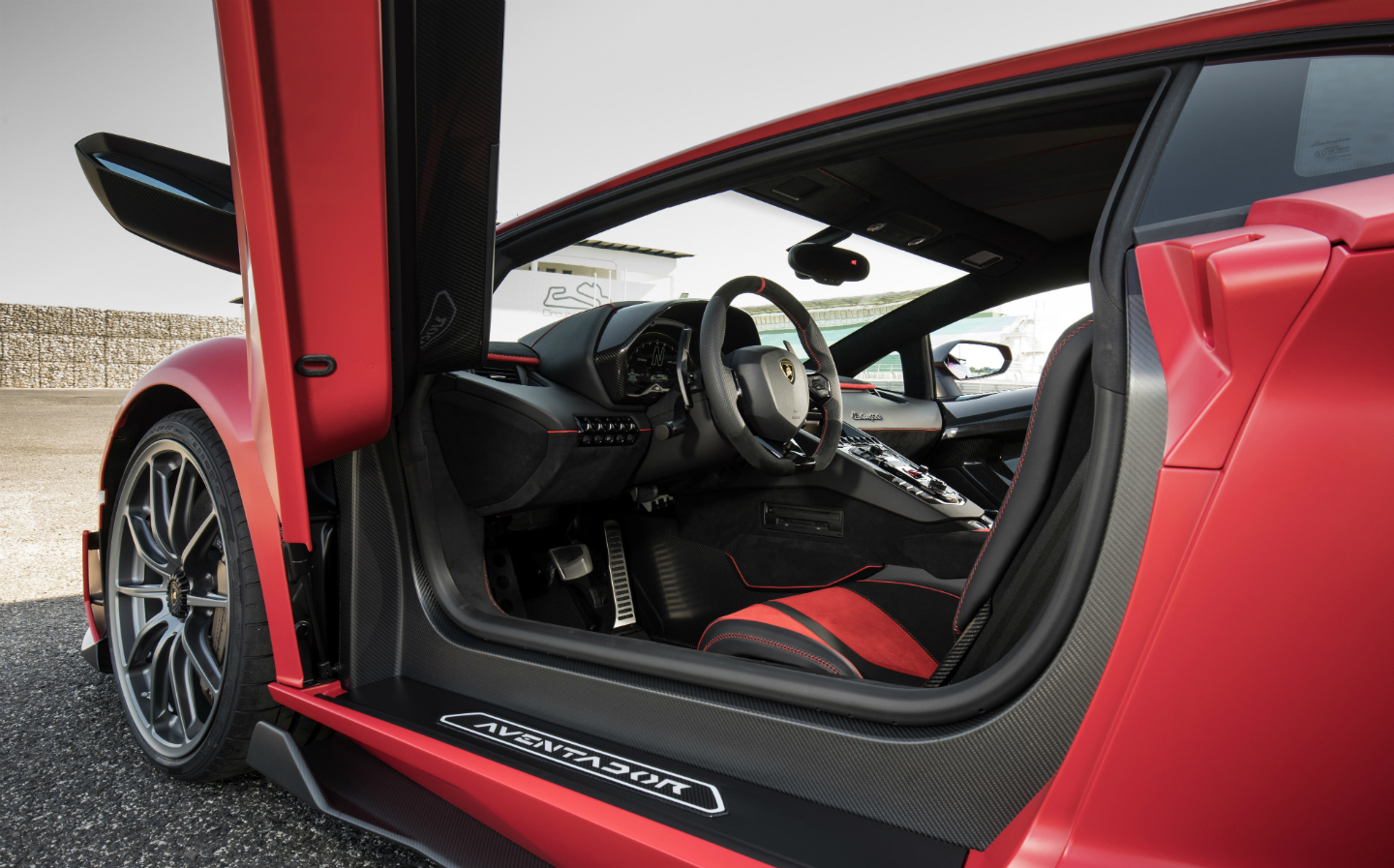 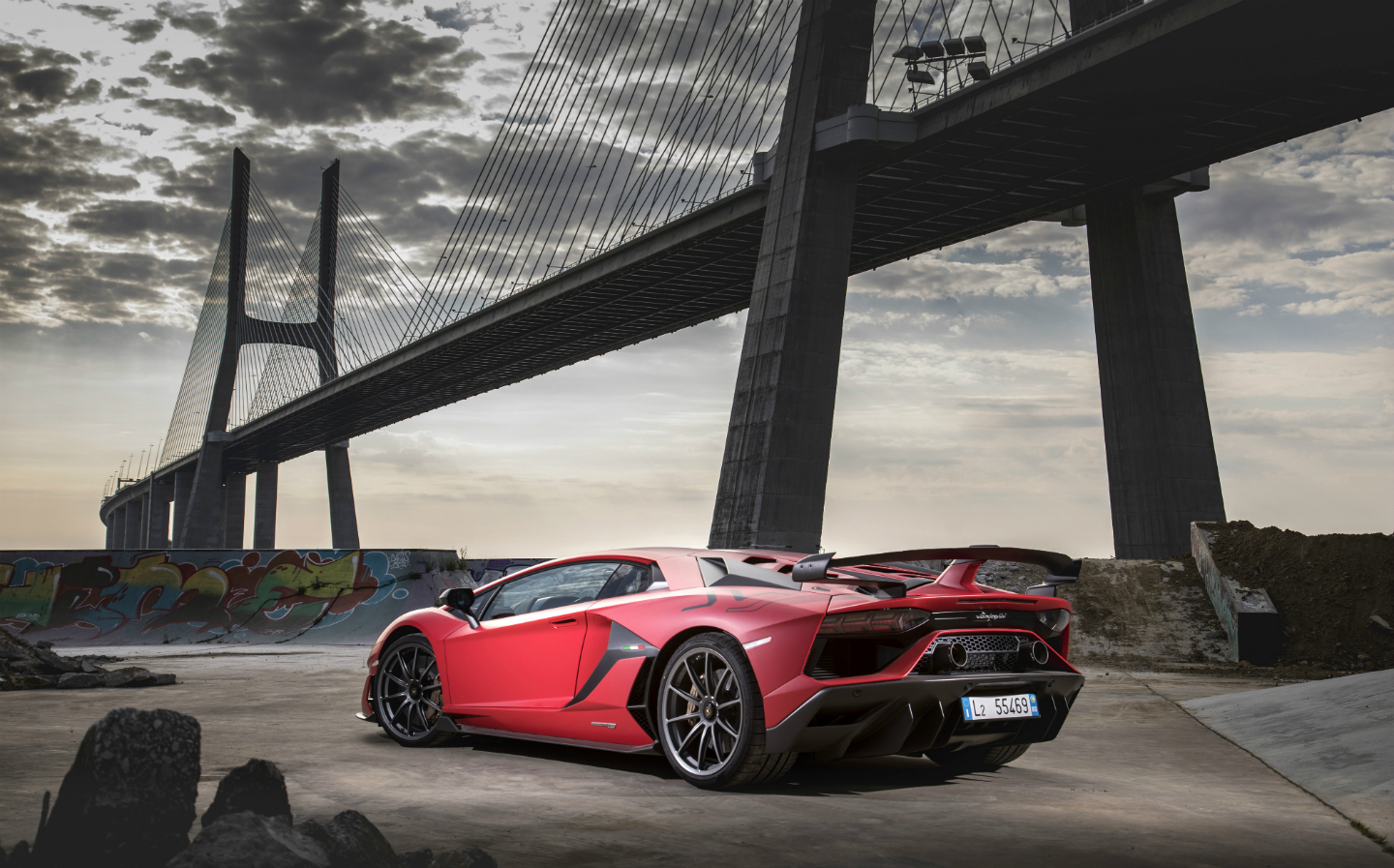 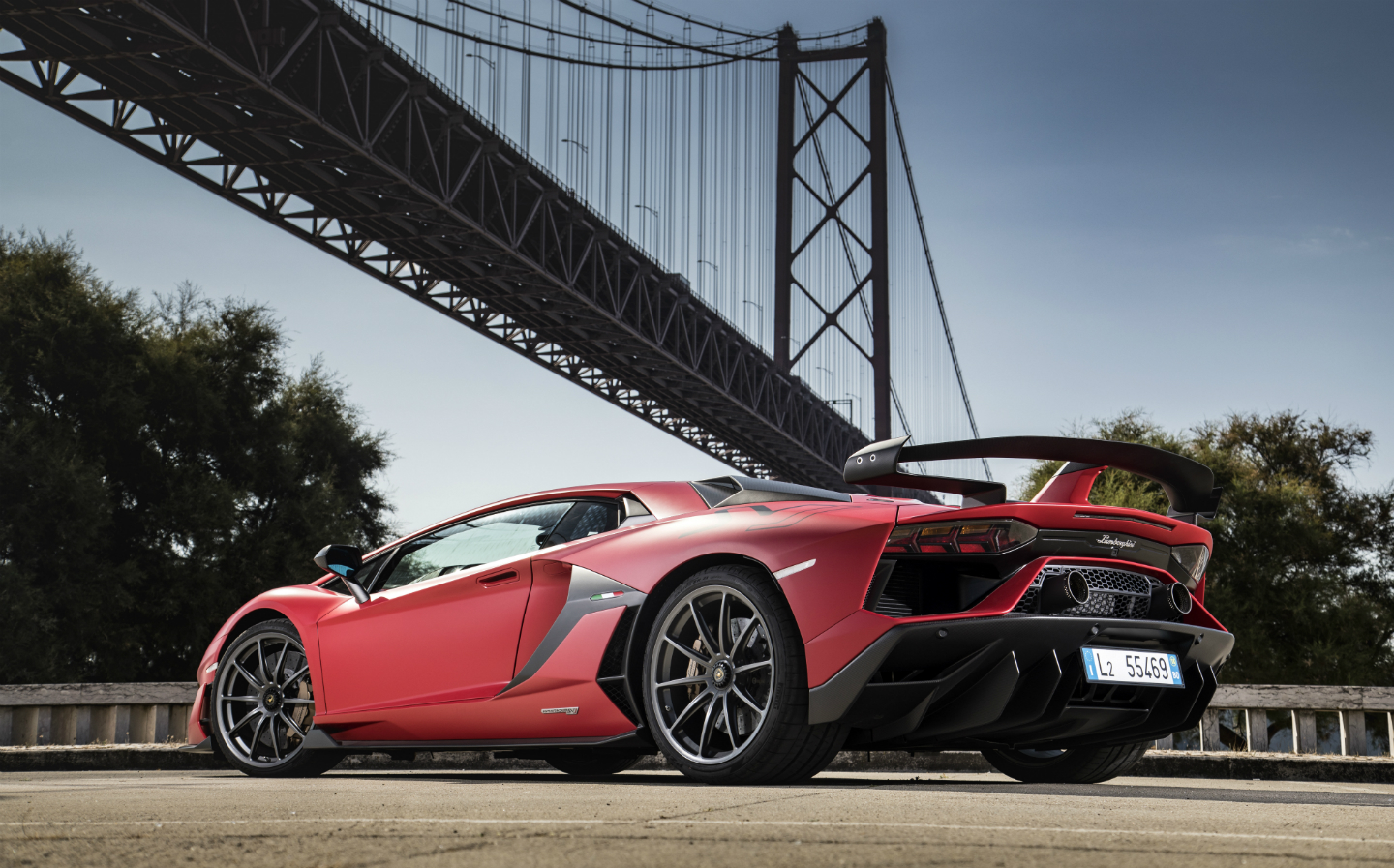 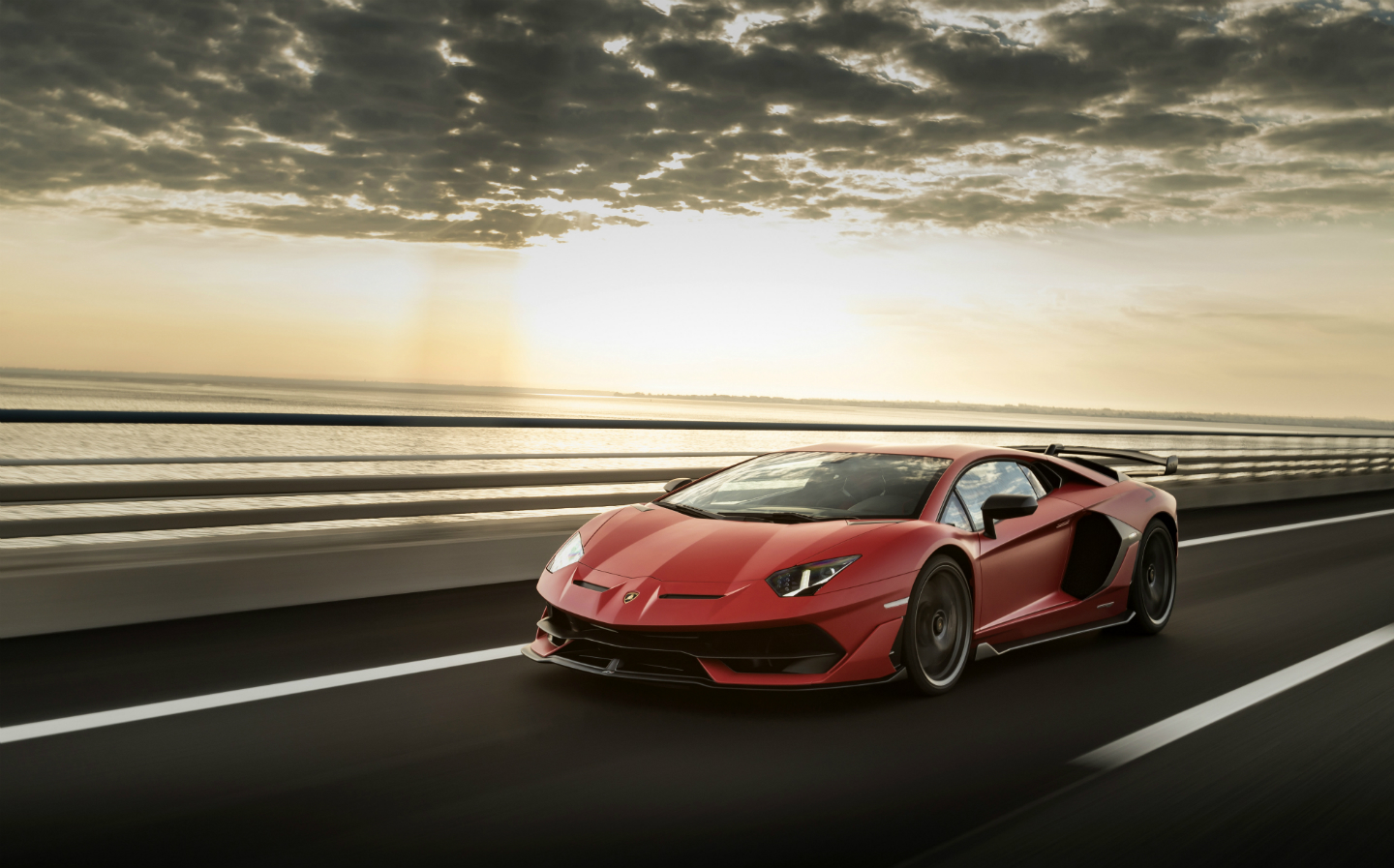 By Jeremy Taylor
Share Article
A stupendous swansong for old school supercars
At a glance
Pros
Incredible V12 engine
Outrageously fast
Supercars don't get more thrilling than this
Cons
Gearbox isn't very good
Cabin ergonomics were an afterthought, it seems
Cars like this won't be made for much longer
Specifications
Cars > Lamborghini > Aventador

THE NÜRBURGRING Nordschleife in Germany is regarded as the ultimate proving ground for a car’s performance. Known as “the Green Hell”, the 12.8-mile former grand prix circuit is fast, narrow and scorched with the skid marks of the many drivers who have failed to cross the finishing line.

There are speed records for racing cars, motorbikes and non-road-legal motors, but the most coveted is for production cars that you and I can drive on the road — and that’s the title the new Lamborghini Aventador SVJ seized last year. It went round in just under 6 minutes and 45 seconds, a lap record.

For now, the Aventador SVJ has bragging rights over every other car out there. But how on earth do you test something this fast on a public road in Britain? Capable of achieving 0-62mph in 2.8 seconds and a top speed of 217mph, the SVJ looks as menacing as a great white shark on its lunch break.

Certainly, the SVJ is the most powerful Lamborghini to leave the company’s Sant’Agata production facility near Bologna. It is likely to be a swan song for the company’s old-school V12 engine too. That’s because a technologically advanced, greener hybrid is set to be unveiled as supercar makers turn their attention to battery power.

To mark what could be a defining moment, then, Lamborghini tuned and modified the outgoing V12 to extract every last ounce of power.

The changes included titanium valves, a redesigned cylinder head and a lighter flywheel — the sort of stuff that makes motoring geeks salivate. These help to boost power and reduce the weight of the low-slung SVJ by more than 50kg to a trim 1,525kg – not that much heavier than a bog-standard Ford Focus.

Consequently, the SVJ revs noisily to beyond 8,500rpm and offers a wider band of torque, transferred to the road through a permanent four-wheel-drive system that has been modified for more rear-axle bias, thus improving the handling.

I doubt many Lambo owners lift the rear-mounted, carbon-fibre cover to peep at the engine. If they did, they would discover some exquisite architecture.

Stabbing the throttle unleashes a guttural snort that sounds like Brian Blessed having an asthma attack.

Perching above that lot is the latest version of Lamborghini’s active aerodynamic spoiler system, which attracts attention like a radar beacon. The huge rear wing isn’t there just for show. It increases downforce by more than 40% compared with the previous Aventador SV.

This is ingenious stuff that really requires a PowerPoint presentation to explain properly. On a fast corner, the forces created by the rear wing can be deflected left or right, increasing grip over the inside rear wheel, where it is most needed to keep the SVJ glued to the road.

It works brilliantly, but also attracts a trail of nerdy car-spotters in your wake, smartphone cameras pressed to their windscreens. Expect to go viral on social media if you crash — it’s that sort of machine. But at least you won’t be able to see most of your pursuers — the central pillar that supports the spoiler is so bizarrely placed, it blocks visibility. You might as well throw away the rear-view mirror and shave a few extra ounces off the weight.

Stabbing the throttle unleashes a guttural snort like Brian Blessed having an asthma attack. There’s no neighbour-friendly setting for those awkward, early-morning starts either, so don’t expect another barbecue invitation from No 17.

However, for sheer spectacle and sonic boom, the SVJ rivals Concorde. It’s tight for space inside, once the wing doors have been swung up to reveal a gaudy mix of imitation suede and leather in the cabin. The bucket seats are painful on a long journey, while visibility and headroom were an afterthought.

There’s nowhere to stash a phone, let alone my spotted handkerchief, and the eccentric dashboard layout appears to contain switchgear stolen from the original Tardis. A flip-up cover protecting the starter button is borrowed from a Top Gun fighter. The wow factor for new passengers is undeniable, but the flap, when left open, can catch a shirt cuff at the most awkward moments.

At least Lamborghini has dispensed with those silly indicator buttons fixed to the steering wheel on the Huracan, a wild sister car that is equally deserving of the raging bull badge. Impossible to operate at night, the tiny switches have been replaced with a conventional column stalk in the Aventador.

There’s nothing easy or straightforward about any Aventador, of course — even climbing in and out is a Houdini-style feat designed to scalp all 6ft-plus passengers. The music system is so tinny, it sounds as if the DJ has dug up an antique phonograph, and the restricted luggage space under the bonnet needs to be supplemented by stuffing the passenger footwell.

Worst of all, the single-clutch gearbox is almost comically antiquated. At low speed, occupants will be doing a head-nodding workout worthy of Jane Fonda, usually accompanied by cries of: “It’s not my rubbish gearchange, honest.”

Matters improve dramatically at higher velocity, when the shift is smoother. Not that you’ll notice, because harnessing the SVJ on a public road demands full attention.

Straight-line performance in the SVJ is stupendous. And when you’re heading into a corner, each high-revving downshift on the huge paddle-shifters is pure drama, especially on a wet British road in winter. This amount of performance and grip takes some getting used to.

With all this set off by an old-fashioned V12 soundtrack and outlandish styling, the Aventador delivers a sensory overload rarely found in any car these days. Modern, efficient Ferraris and soulless McLarens can’t hold a candle to the vibrations and resonating thrills of the supersonic SVJ, which really sticks the boot in.

Of course, for more than £350,000 you might expect nothing less. If you want to make an entrance, there’s very little on the road that shouts as loud as a Lamborghini. And that price doesn’t include some of the optional equipment on my test car, including a “viola” paint job at £9,270 and a carbon engine rocker cover for £4,200 (I said it was beautiful).

In any other circumstances it would be right to suggest the Aventador is a two-seater that’s reached its sell-by date. But what Lamborghini has done here is turn an ageing, outrageous supercar into something even more spectacular. Just for one last fling, for old times’ sake — and if only to annoy the neighbours.