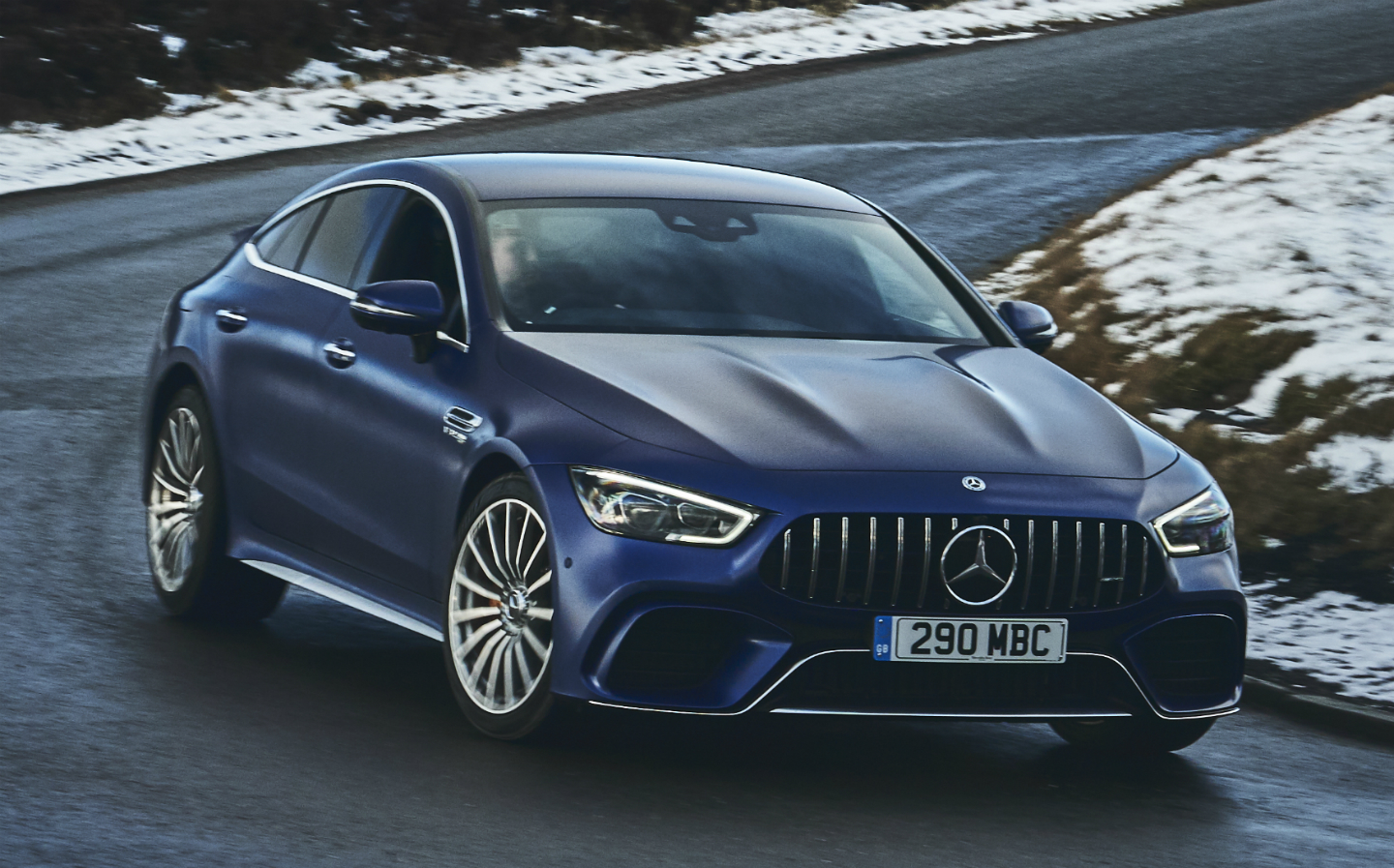 JEREMY Clarkson thinks adding a Mercedes-AMG GT 4-Door 63 S 4Matic to your garage might not go down so well with your kids.

In today’s Sunday Times Magazine review the columnist reveals that he loves the super grand tourer — a near-£150,000, 630bhp rival to the Porsche Panamera Turbo and new BMW 8 Series Gran Coupe (a review of which is coming soon to Driving.co.uk), and now the most powerful Mercedes in the German car maker’s range.

But to those under 30, he says, “Cars are just things that knock you over when you’re crossing the road while engrossed in your phone. They are noisy and dirty, and after they’ve killed all the seals, they will kill everything else too. Climate change. There is no debate: cars did it.”

Advertising companies have worked this out, he adds, and that’s why all car adverts are now focused on lifestyles, rather than the cars themselves, and “feature a 30-year-old man, with stubble, in a kayak, with his multiethnic wife and children, going down some rapids before climbing a mountain and cycling back down to the tram stop.”

Mercedes is running such an advert, Clarkson says, “but if Mercedes is really the all-inclusive, clean-living son of George Monbiot and Sir McCartney, why the bloody hell would it make a car such as the AMG GT 63 S?”

He’s glad it does exist, though. He’s particularly happy with the two-tonne, all-wheel drive GT 4-Door 63 S 4matic four-door’s turn of speed, writing “you can’t believe, after you’ve engaged the launch control and put everything in Race mode, and asked the exhaust to go full Krakatoa, just how quickly it sets off”.

The traction control is all that’s preventing the twin-turbocharged 4-litre V8’s 630bhp from overwhelming the sticky Michelin tyres, he says.

But the monstrously-quick Mercedes excels at more than just straight line speed. According to the critic, even though the Mercedes-AMG GT 4-Door 63 S is “oil-tanker huge” and is far larger than the Mercedes-AMG GT two-seat supercar, it’s agile and responsive enough for you to “fling it into a bend and emerge on the other side wondering if you could have gone faster still”.

Clarkson is particularly impressed that the car excels as a grand tourer, too, thanks to the “very comfortable” ride when the suspension’s put in its softest Comfort setting, and the acres of interior storage space, which includes two decent-sized rear seats. Clarkson seems especially impressed with the size of the centre-console cubby; saying it’s so cavernous “you could smuggle a family of stowaways through Dover in there”.

There are problems with the GT 4-Door 63 S, he says. It’s not a good-looking car, in his opinion, and the controls for the infotainment system are fiddly. But above all else is the car’s conspicuous consumption: Mercedes-AMG’s “blisteringly quick two-fingered salute to everyone, frankly, who’s under 30” returns 22.1mpg, officially, and pumps out 257g/km of CO2, which means that “if you bought one, your children would simply not speak to you again”.

In true Clarkson consumer advice fashion, therefore, he advises drivers in this situation to wait for the rumoured 800bhp version, “because that one is a hybrid and kids love that sort of thing”.