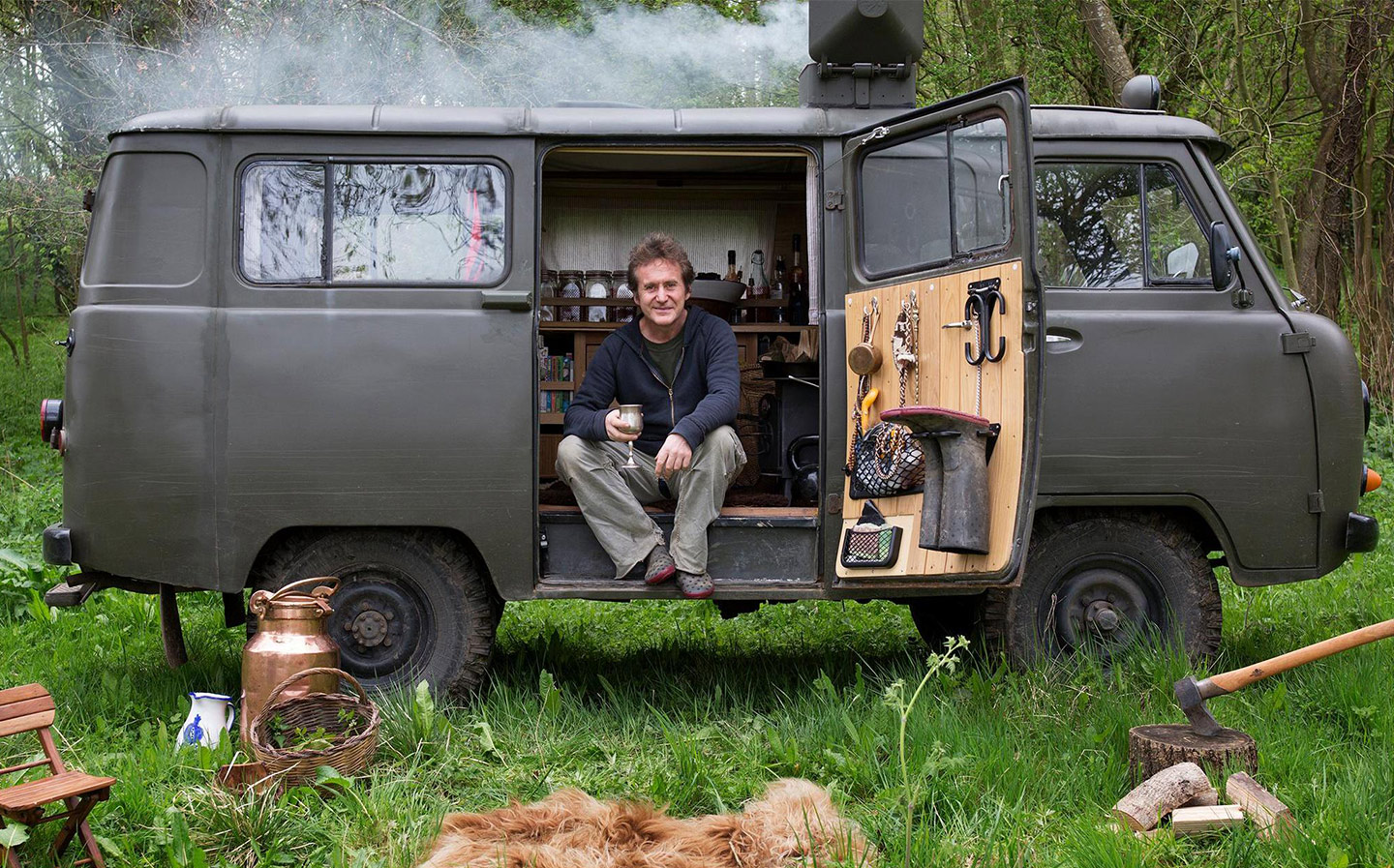 BRUCE Parry, a former Royal Marine commando turned adventurer, was responsible for hefty military vehicles before he had even learnt to drive.

The son of a major in the Royal Artillery, he was commissioned in the Royal Marines aged 18 and rose to lead a transport unit in the Commando Logistic Regiment.

“The irony was, I didn’t have a driving licence,” he laughs. “I could be in charge of a multi-ton tank, but I couldn’t drive a bog-standard jeep.”

Parry, 49, grew up in Dorset, one of three children, and attended Wells Cathedral School. Shortly after he joined the Marines, his parents moved to Germany and he was lent the family’s Citroën DS Familiale, although he still had only a provisional licence. “It wasn’t the sexiest of cars,” he says.

When he went to Devon for fitness training, Parry left it at his barracks in Arbroath, stuffed full of everything he owned. “Before heading back, I called my buddies to plan a night out and said I was coming to get the car. They fell about laughing and said it had been taken to the firing range and used as an anti-tank target.”

Fortunately, they had rescued his worldly belongings before destroying his car.

Parry left the service as a lieutenant, still only 23. He then spent four years in Indonesia leading jungle expeditions. It was only when he returned to Britain that he took his driving test.

“I did it so I could be a runner on Guy Ritchie’s film Lock, Stock and Two Smoking Barrels,” he says. “Just before filming started, Matthew Vaughn [the producer] rang me and said, ‘Sorry, Bruce, we can’t take you on because insurance needs you to have at least a year’s driving experience.’ I was gutted.”

Parry then spent time as a location manager and runner in the film industry. He made his first television appearance in 2002, as part of a BBC1 series called Extreme Lives. Then, in 2004, he appeared in the first of three series of Tribe, for BBC2, in which Parry lived with indigenous tribes in some of the remotest parts of the world: hunting, eating the same food, taking part in rituals, learning some of the language.

When not travelling, he made his home in a finca (ranch) in the north of Ibiza, with a Suzuki Grand Vitara to get around. “It was great fun to drive around in the sun because it had no roof, but if you went round a corner too fast you really felt it.”

Years of visiting remote places made Parry more environmentally aware and he swapped the large 4×4 for a Seat Ibiza Ecomotive. “Which I still own,” he adds. “Its fuel economy is incredible: I could drive back to England for €50.”

Since leaving the BBC in 2012, Parry has continued to travel and make his own documentaries, focusing on indigenous rights and the environment. “I’ve used everything from a scooter to a balloon,” he says. “I try not to fly, so I have to be inventive with transport. I’m not pretending to be holier than thou, though, because I do have a carbon footprint when I’m filming.”

And Parry does have one cherished gas-guzzler. “Several years ago I bought a 50-year-old UAZ 452 Mongolian camper van, which was built for the outback. I paid £3,000 for it and spent £7,000 doing it up. The maximum speed feels like about 40kph, so I prefer driving it at night so I don’t cause a huge tailback.

“It’s perfect for road trips and going off grid. It’s got everything in it I love: my books, my tools and even a woodburning stove. It’s my little escape pod and my dream car. If only it could go faster.”

Bruce Parry: My life in cars

Me and My Motor: Sir Ranulph Fiennes, explorer

Bear Grylls on Land Rover, his first car and adventuring

Me and My Motor: Ray Mears, survival expert, would go wild if he lost his Defender

Me and My Motor: John Blashford-Snell, explorer