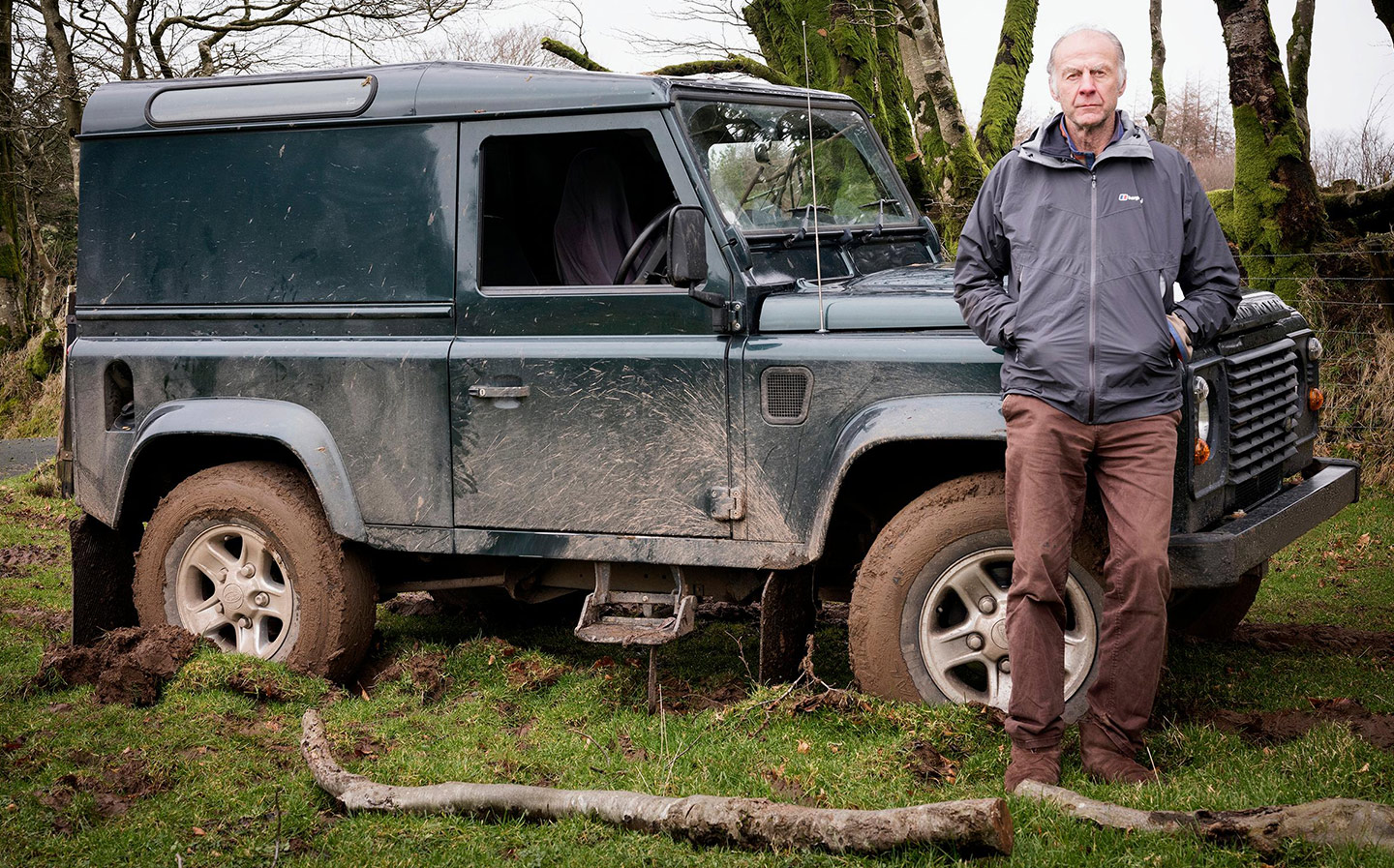 SIR RANULPH Fiennes has explored some of the world’s most inhospitable places. Seemingly immune to pain, he once removed his frostbitten fingertips with a fretsaw — and ran seven marathons in seven days, just 16 weeks after a heart attack.

So perhaps it should come as no surprise that, aged 73, he will still happily bed down in a car to save money on a hotel bill. Compared with conquering Everest or circumnavigating the globe via both poles, sleeping in a Ford Mondeo is luxury glamping.

Fiennes still drives to talks around the country in his Mondeo estate — or occasionally an ancient Land Rover Defender, mostly used on his farm in Exmoor. “I’m not paying £300 a night to sleep in a hotel in London,” he says. “I find a wealthy suburb and park the Mondeo between a Ferrari and a Bentley. Then I lower the back seat and roll out my sleeping bag.”

He was born in March 1944 — less than four months after his father trod on a landmine in Italy. Lieutenant-Colonel Sir Ranulph Twisleton-Wykeham-Fiennes, 2nd Baronet of Banbury, died of his wounds and never met his son.

Fiennes inherited his father’s baronetcy but moved to South Africa with his mother and three sisters until he was 12. After returning to England he went to Eton. His first wheels were a Vespa scooter fitted with L-plates and he passed his driving test at 17.

His maverick nature soon got him into trouble. He would ride with his childhood sweetheart and later wife, Virginia “Ginny” Pepper, on the pillion seat. “Ginny’s father didn’t know his daughter was riding on a scooter. Unfortunately, we had an accident and ended up in hospital. When he found out, I was banned from seeing her … That didn’t last long.”

“Ginny’s father didn’t know his daughter was riding on a scooter. When he found out, I was banned from seeing her … That didn’t last long”

It was only when he joined a tank regiment that Fiennes took a course in engine maintenance and bought his first car: a Peugeot 203 for £200. “I was based in Germany and drove it to a party. It must have been a good evening because the next morning I couldn’t find the car — and never did.

“I then bought a Citroën ID 19 with hydraulic suspension. Mine didn’t work but I still kept it for a long time before swapping to a Jaguar Mk 2, which blew up.”

Fiennes became a munitions expert in the SAS, then spent the finals years of his commission in the army of the Sultan of Oman. He resigned in 1971 — a year after marrying Ginny.

“I don’t see the point in impractical sports cars but for our honeymoon I did buy an MGB soft-top. We drove it to Eastern Europe — then the exhaust fell off and made a hell of a racket.”

Fiennes’s countless adventures include the first unsupported trek across the Antarctic, with Dr Mike Stroud, in 1992. It was on his solo walk to the North Pole in 2000 that he suffered the frostbite that led him to saw off the tips of his fingers and thumb on his left hand.

Ginny died of cancer in 2004, aged 56, and Fiennes has since raised £8.3m for the Marie Curie charity and £10m for other causes. He married Louise Millington in 2005 and now has a daughter, Elizabeth, and a stepson, Alexander.

Whatever his car, until recently Fiennes always kept the sat nav switched off. “It’s only during the last three months that I’ve started to use it,” he says. “After decades of exploring, I suppose I just don’t like being told where to go.”

Sir Ranulph Fiennes will appear on February 23 at the Caravan, Camping & Motorhome Show (ccmshow.co.uk), which runs from February 20 to 25 at the NEC, Birmingham