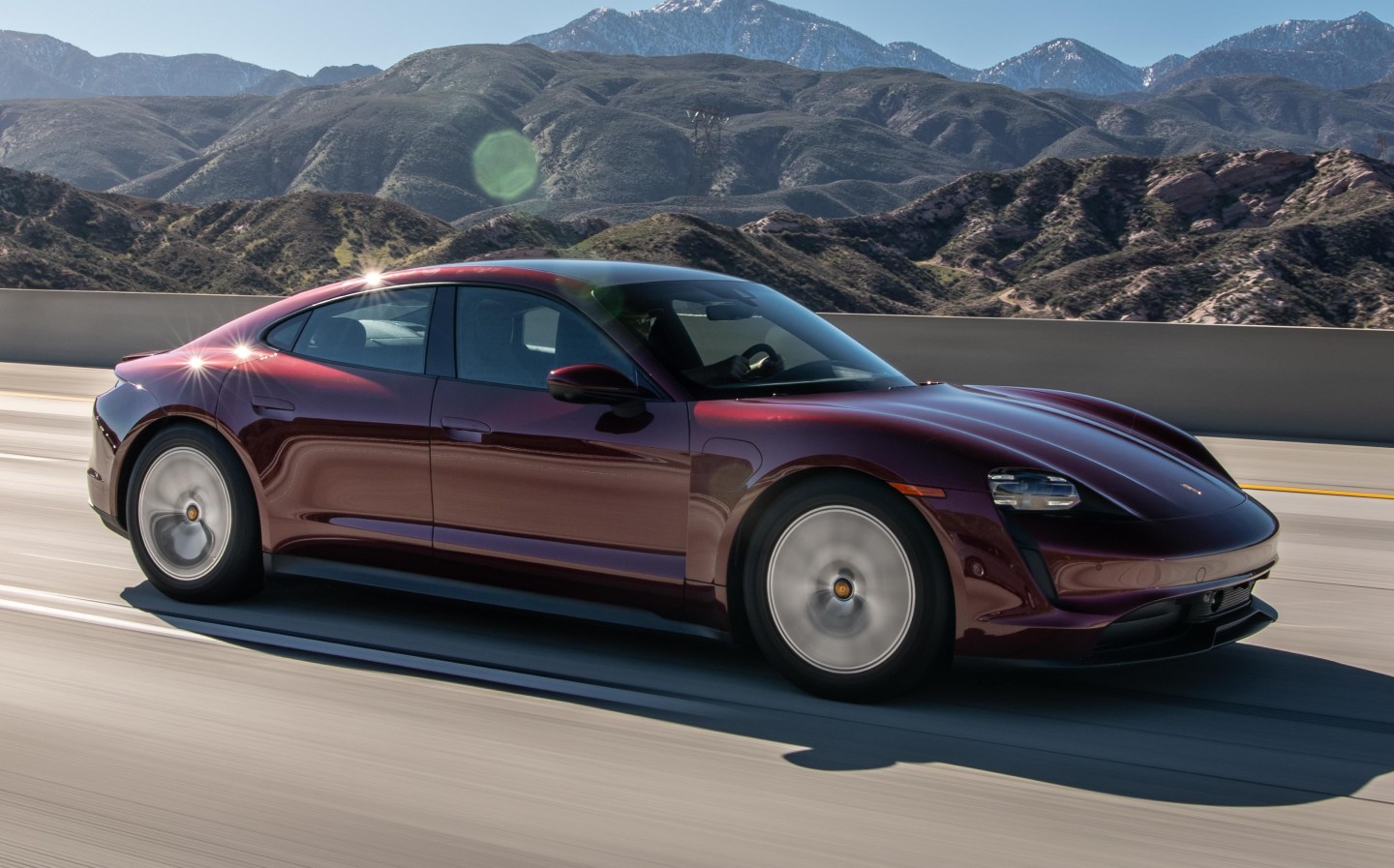 AN AMERICAN “hypermiling” expert has revealed how he managed to set a new record for the shortest charging times while crossing the United States coast-to-coast in an electric car.

Interviewed in The Sunday Times Magazine, Wayne Gerdes recounted how he made the journey from New York to Los Angeles last November in an all-electric Porsche Taycan during which he spent just two hours and 26 minutes recharging — a massive improvement on the previous record of seven hours and ten minutes set last year using a Kia EV6.

Over the 2,834.5 miles covered, Gerdes stopped to recharge 18 times, spending just $76 (£56) on electricity, using a “little and often” approach to reduce the charging times and, on one occasion leaving a charger with a battery that was just 27% full.

He said that a battery is able to take a charge more quickly between 5% and 35%, so his approach involved not just keeping the charging level in that sweet spot, sometimes topping up for no more than six minutes, but driving with his shoes off too.

“You can feel the accelerator a little tighter, a little closer, a little finer if your feet don’t have a shoe on that foot pedal. I highly recommend it,” he said.

It was these “hypermiling” techniques — driving in such a way so as to eke out the maximum range from either a tank of fuel or a charged battery — that enabled Gerdes to sometimes double the Taycan’s official 225-mile range.

Both his own and the Taycan’s performance on the journey impressed Gerdes.

“I was planning [a total charging time of] four and a half hours. After a few trial runs I got it down and said OK, I think we can finish in three and a half hours. Then on the record run it was less than two and a half hours and I was, like, holy mackerel. You can feel my excitement even talking about it. I’ve broken a lot of Guinness World Records before, but I haven’t beaten the next guy by 300% and the guy before that by 500%. That’s just an outrageously great time.”

“There I was driving all these slower, lower-performance vehicles to earn Guinness World Records and then all of a sudden, in the case of the Taycan, it’s a performance car with world-class acceleration.”

A former nuclear power plant operator, Gerdes, 59, is a veteran record-breaker and hypermiling practitioner even being credited with inventing the term back in 2004. He began hypermiling more than twenty years ago in response to the 9/11 attacks. Following the collapse of the Twin Towers, he vowed to come up with ways to reduce America’s dependence on foreign oil.

“That’s my premise and I’ve lived by it every day since then. We still import a lot more oil than we actually produce. A lot of that money goes to places where they don’t like us. I just thought, what can we do to lower our consumption? So hypermiling — I coined it.”

In the early days, he managed to squeeze a full 84mpg from his old Ford Ranger pickup whose official economy was just 20mpg. His highest figure, however, would eventually be the 180mpg teased from a Honda Insight hybrid.

While techniques for hypermiling in petrol- and diesel-powered cars such as removing roof racks, careful acceleration, ensuring tyres are correctly inflated and practising slipstreaming (following closely behind another vehicle on a motorway) are well-known, Gerdes has outlined a few EV-specific top tips to help drivers extract the maximum battery range from their cars.