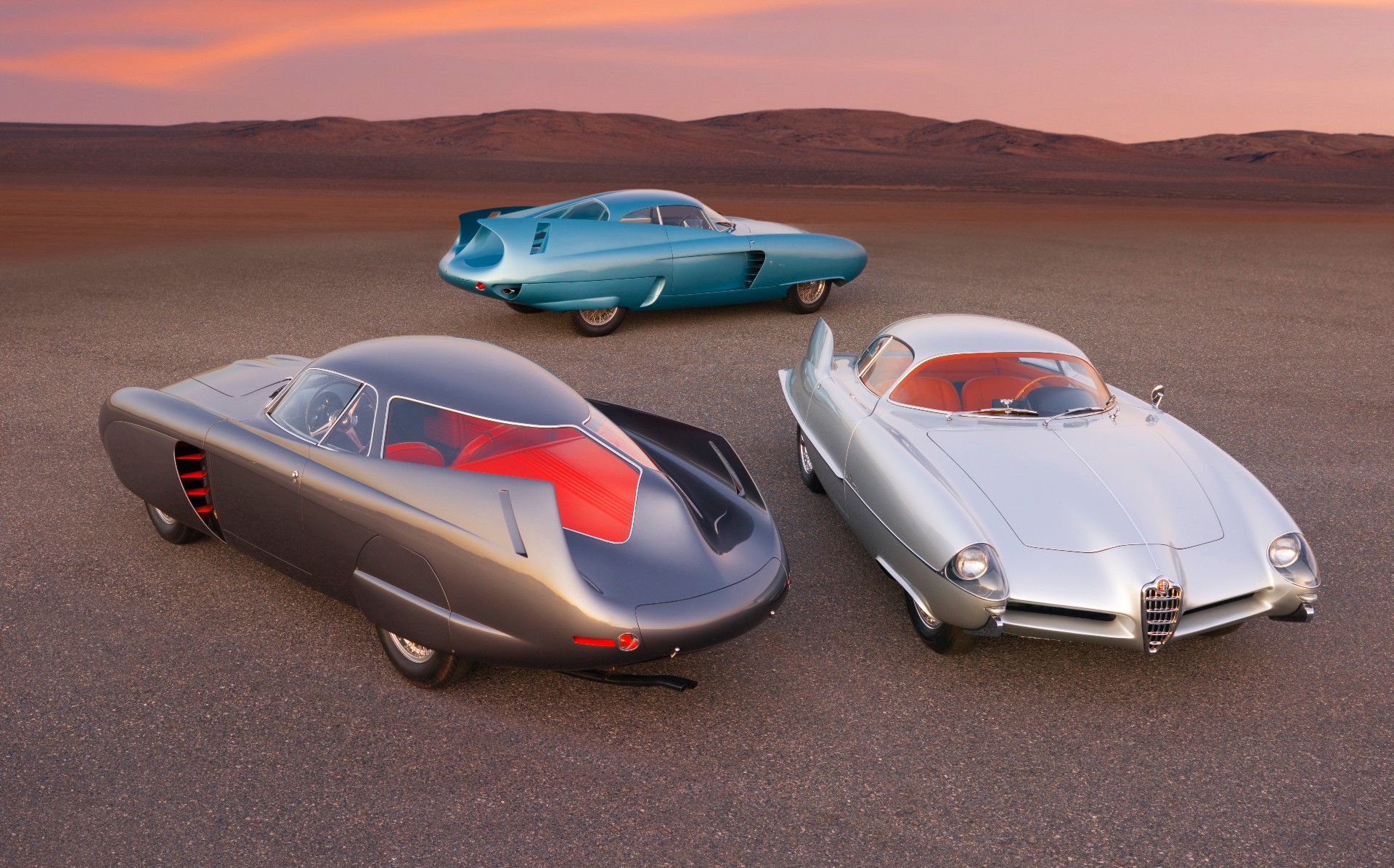 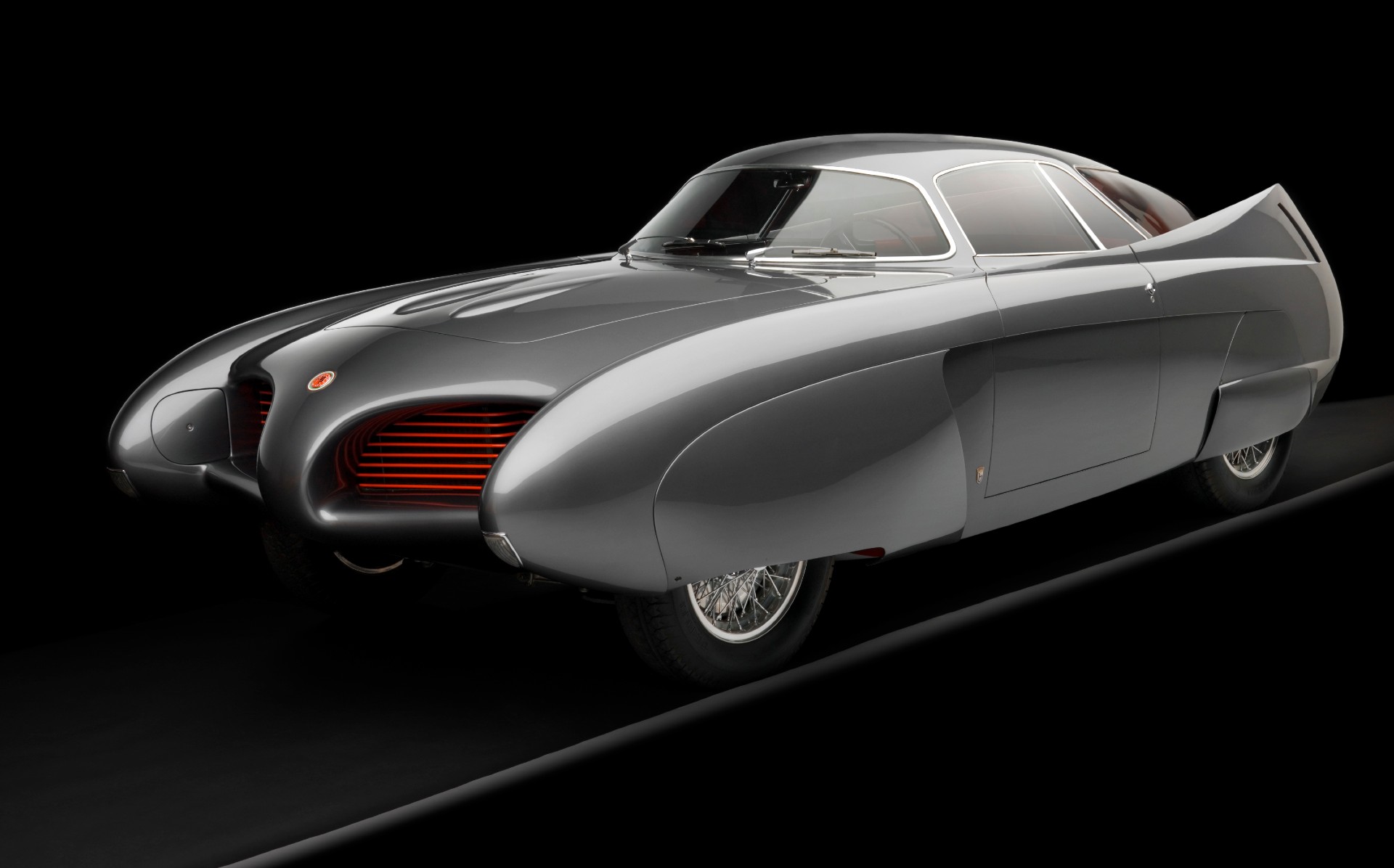 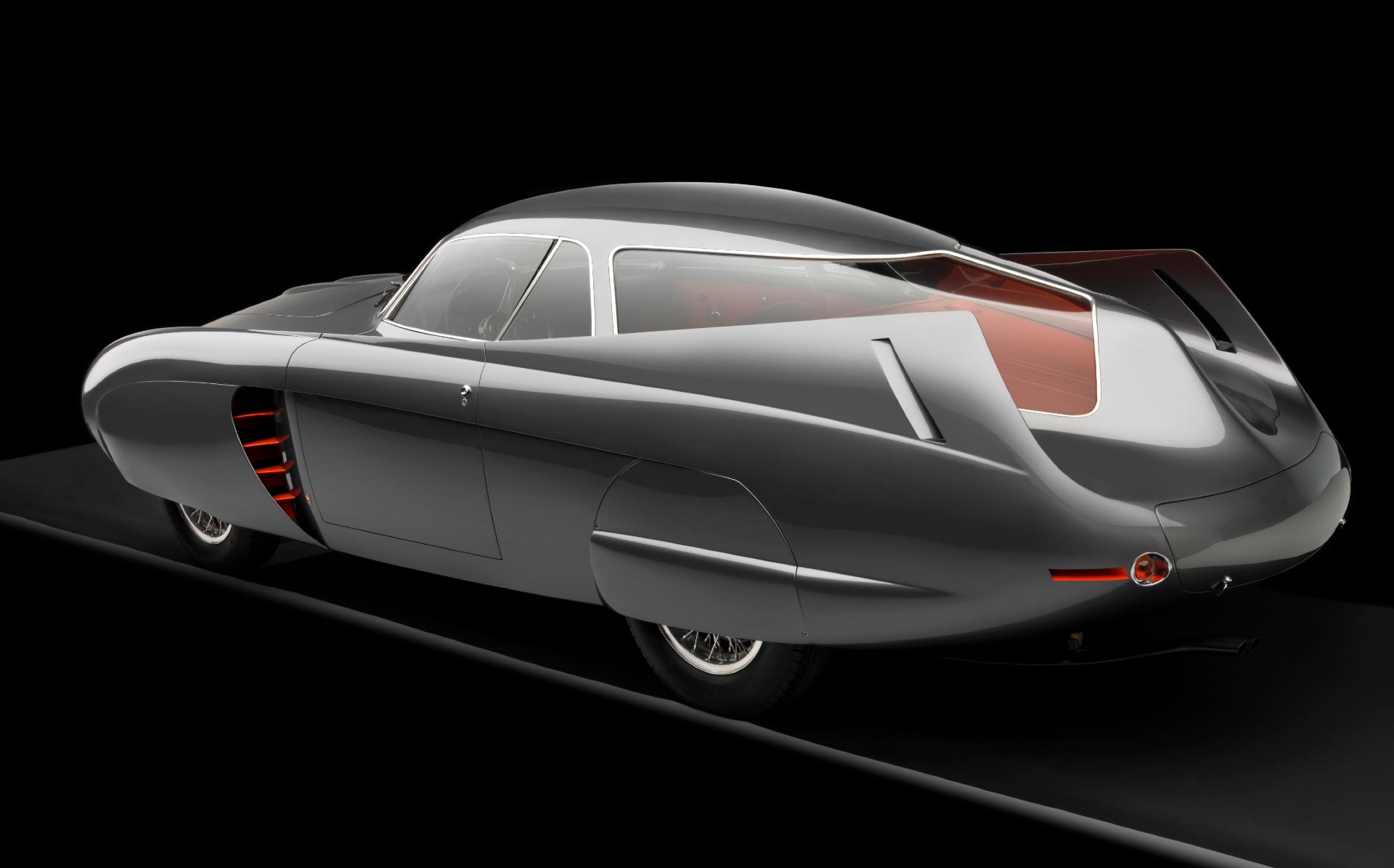 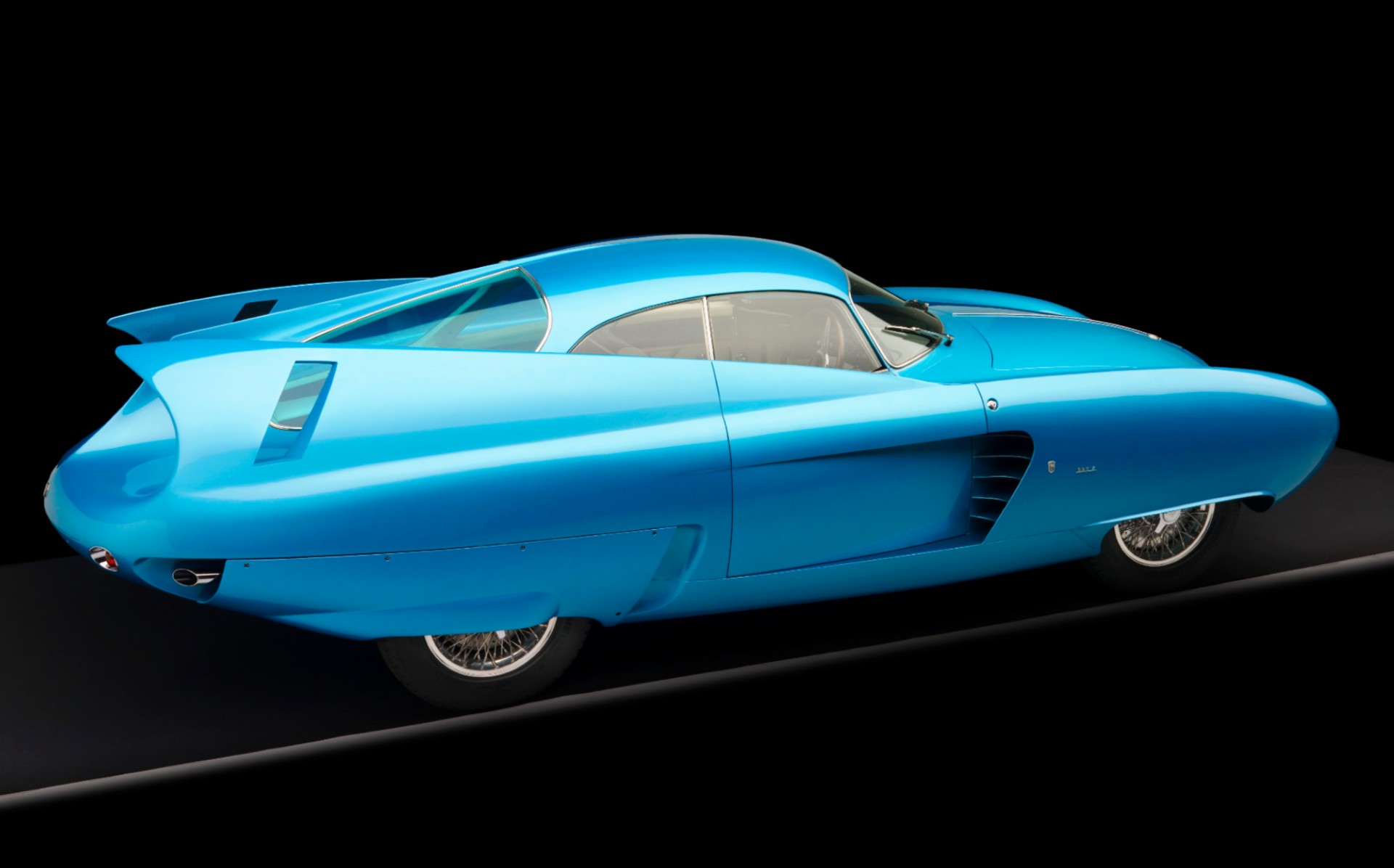 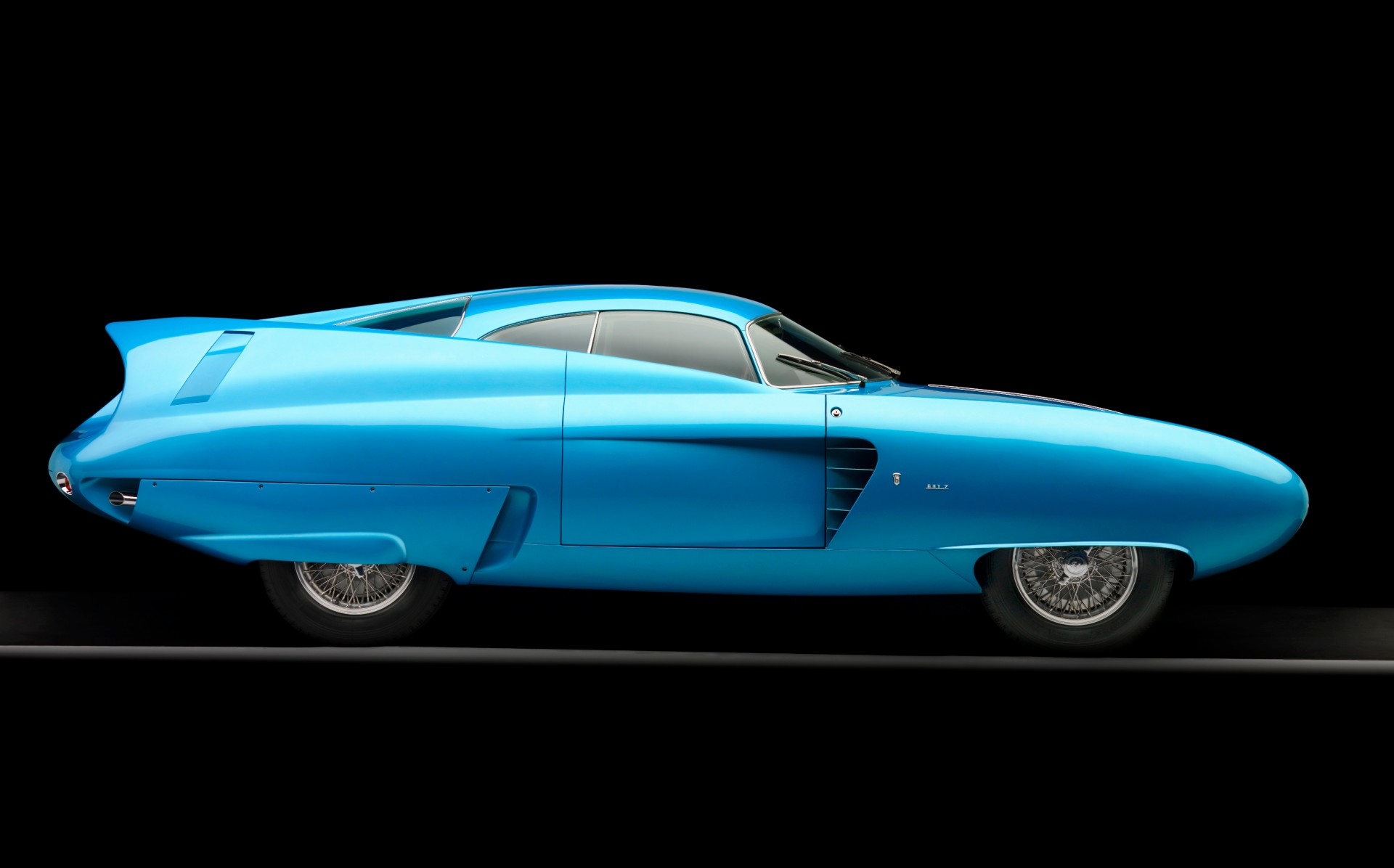 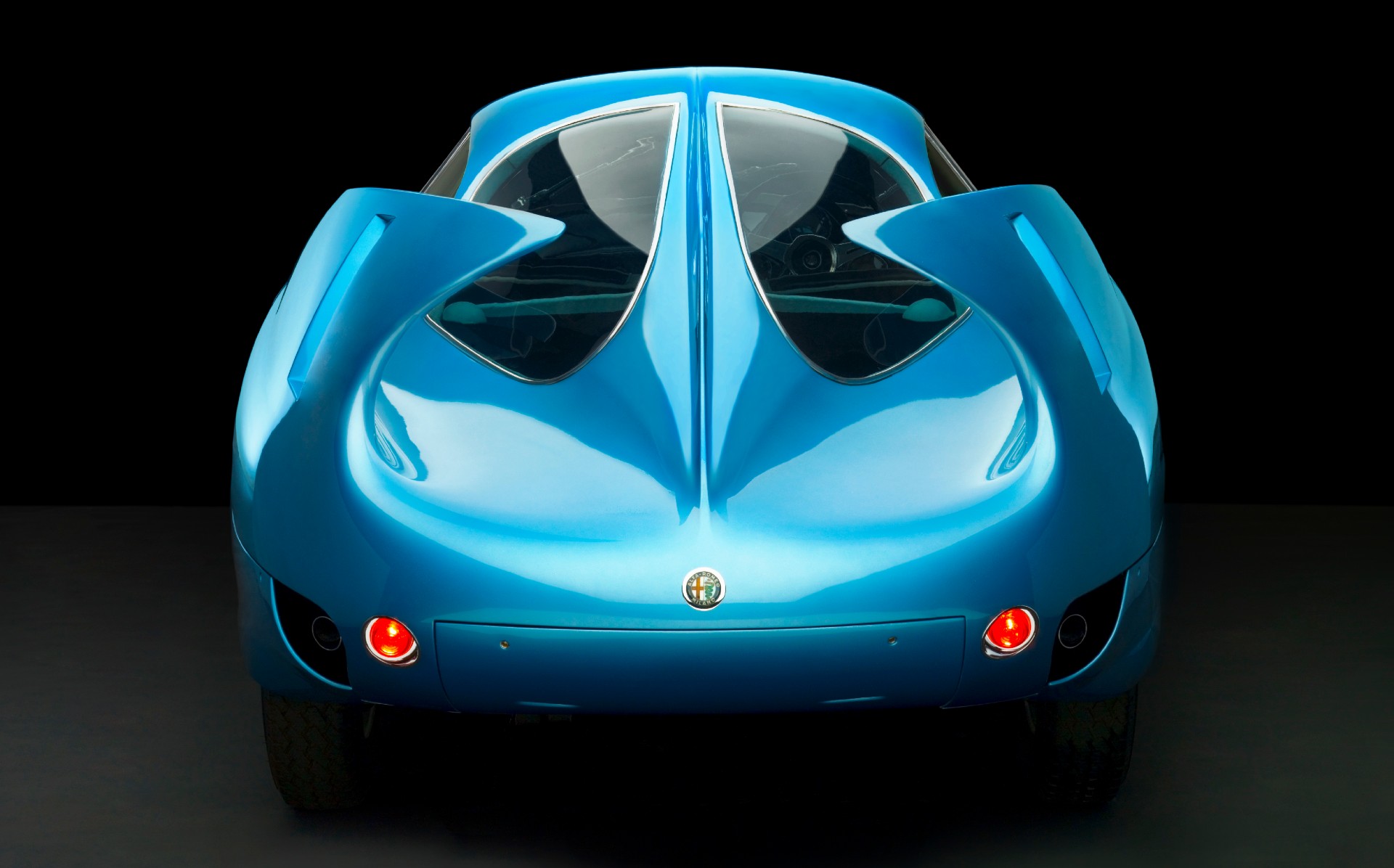 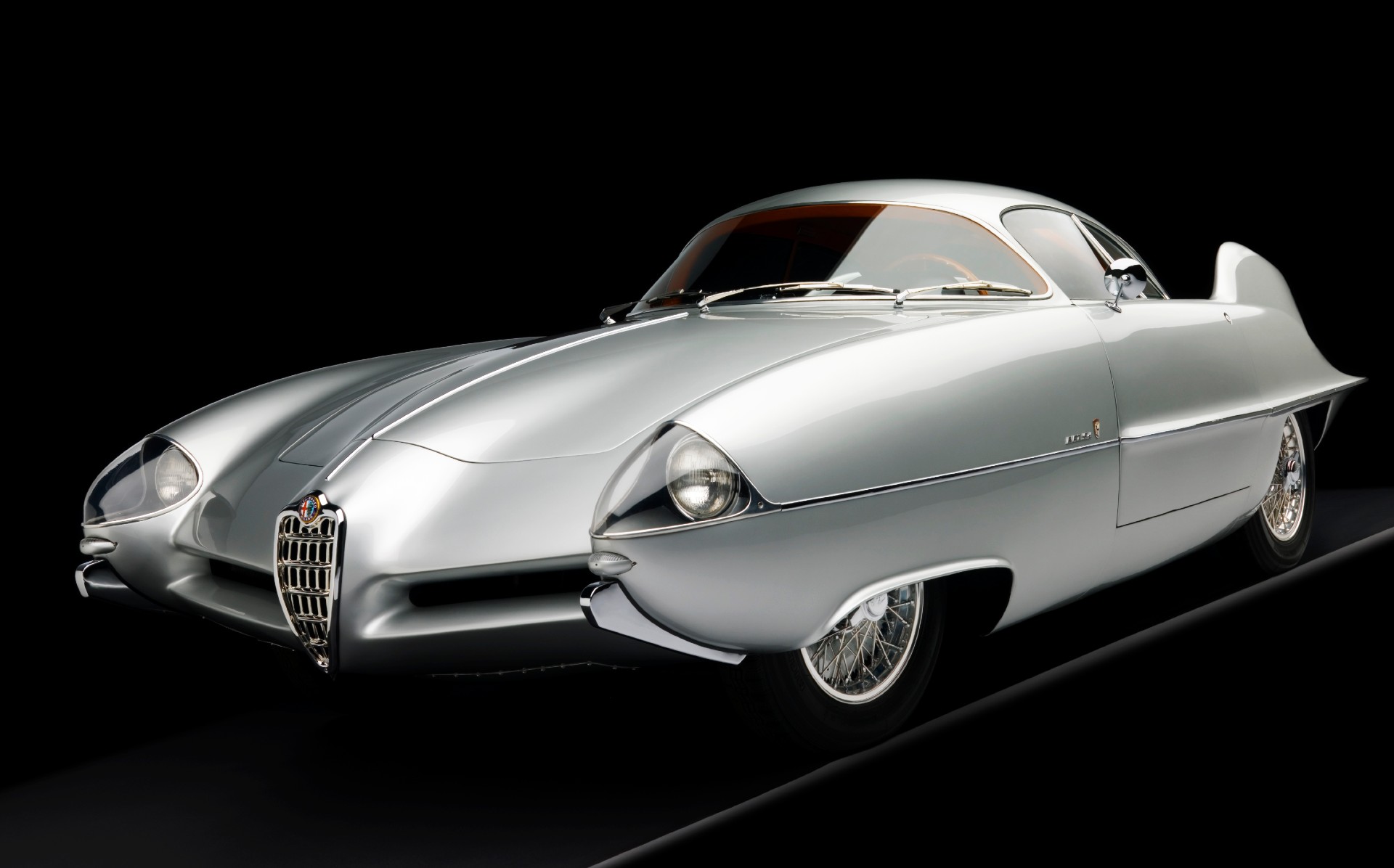 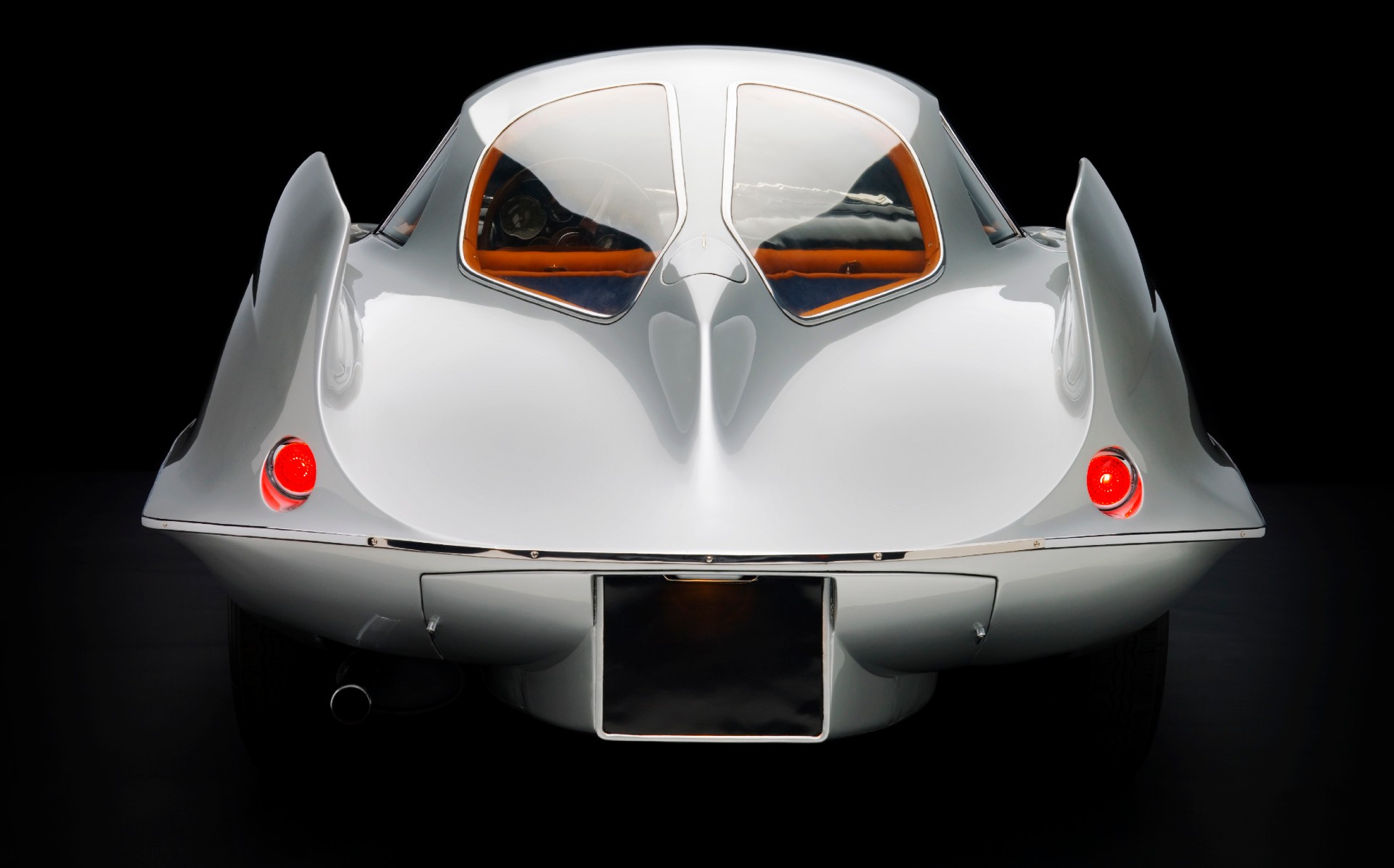 Although modelled around an Alfa Romeo 1900 road car chassis, and using the same running gear, there was nothing standard about the B.A.T. cars’ dramatic streamlined bodies, which not only reflected the period’s fascination with futurism and the space age but also demonstrated “forward-thinking design engineering and advanced aerodynamics”, according RM Sotheby’s which is presenting the cars for sale.

With the B.A.T. 5, the first of the series, Scaglione was concerned primarily with airflow. Its body, which features pontoon fenders, nose vents, wraparound glass cockpit, tapering tailfins and wheel skirts, has been calculated to have a drag coefficient of just 0.23 Cd — equivalent to a modern Tesla Model 3 electric car. However Scaglione managed this impressive feat without computer aided design software or the use of wind tunnels. With a 90hp four-cylinder engine, its top speed approached 125 mph.

In 1954, the follow-up was shown to the world. Like an extreme version of its predecessor, the B.A.T. 7 features narrower front air intakes, a lowered bonnet and lengthened tailfins with “increased angular pitch to the extremities”. The rear wheel skirts and pronounced side vents remained.

The more eye-catching panels weren’t simply to generate headlines — the ’54 car is actually slipperier through the air than the B.A.T. 5. With a drag coefficient of just 0.19 Cd, it’s as streamlined as some of the world’s most aerodynamically effective cars, such as the ultra-rare Volkswagen XL1 hybrid car, which launched in 2015 after a huge investment in green research and development.

The final of the three concepts, the B.A.T. 9, was presented in 1955. Alfa Romeo took a greater interest in the design process, with more of a focus on making the design viable as a road car. Scaglione reduced the size of the fins to improve rear visibility, removed the rear wheel skirts, added a beltline towards the rear of the car and borrowed a grille from the Giulietta sports car for the nose, to give it more of a production car look.

According to Sotheby’s, its less futuristic approach is actually considered the “crescendo of the design iteration and was much admired for its jet-age design that perfectly combined both form and function.”

Amazingly, the cars all found separate homes after their respective shows, and spent much of their lives apart, before being united at the 1989 Pebble Beach Concours d’Elegance alongside Nuccio Bertone, the man who oversaw their commission and construction.

Shortly after this, the current owner individually acquired each car and the trio has been restored, maintained and kept as a group ever since, Sotheby’s says, only ever making very occasional public appearances over the past 30 years.

Rob Myers, Chairman of RM Sotheby’s, said: “To be able to offer the Alfa Romeo B.A.T. cars as a single lot triptych at auction is a once-in-a-generation opportunity … The importance of the offering of these cars cannot be underestimated either within the automotive or within the art, sculpture and design world.”

David Galperin, Head of Sotheby’s Contemporary Art Evening Auctions in New York, added: “The Alfa Romeo B.A.T. automobiles represent the great creative ingenuity that marks post-war Italy and the European avant-garde at this period in history. Presented in the context of our Contemporary Art Evening Sale, alongside works by titans of post-war Italian art and design such as Lucio Fontana and Carlo Mollino, the sheer radicality, sculptural brilliance, and unique artistic vision of these automotive icons will be ever more magnified.”