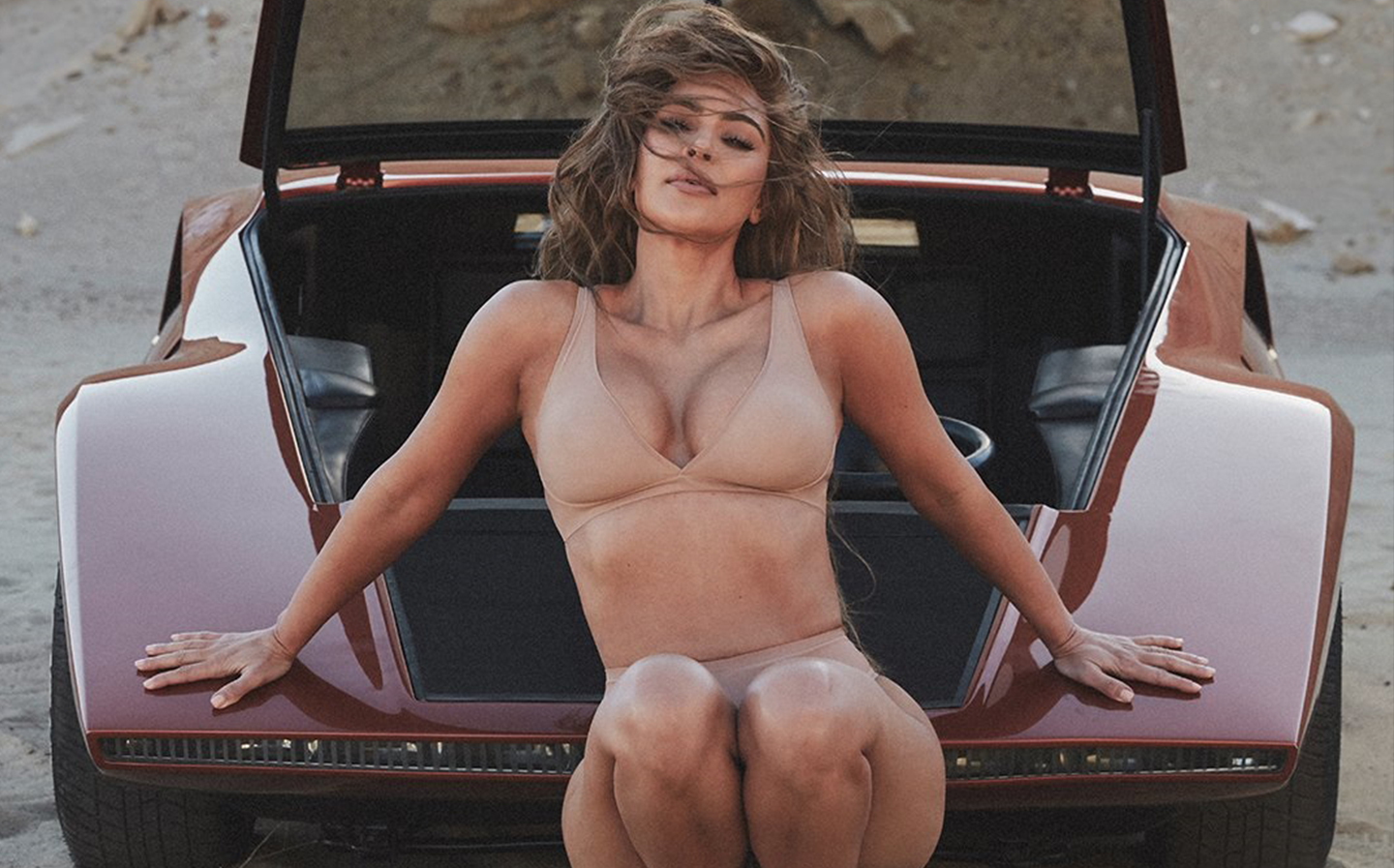 WHO SAID Kim Kardashian West has questionable taste? The model, businesswoman and media personality, 39, has been pictured atop a stunning 1970 Lancia Stratos HF Zero in a desert photoshoot on Saturday following a two-year love affair with the retro wedged beauty.

Kardashian West pointed out to her 63.5m Twitter followers that she had first expressed an interest in the car in March 2018, when she posted a picture of it on Instagram with the caption, “I want this too…”

How crazy 2 years ago I posted this one of a kind concept car, a 1970 Lancia Stratos HF Zero and now I shot with the same car for my new @skims shoot! Dreams come true! pic.twitter.com/x1KGJXYrZc

She also showed her joy at having finally done a photoshoot with the Lancia, ending her tweet with “Dreams come true!”

Futuristic and outrageous, The Stratos HF Zero is often described as one of the most iconic concept cars ever. Full of childlike imagination, the car won the Trofeo BMW Group Ragazzi at the 2018 Villa D’Este, judged by attendees under the age of 16.

The car was designed by Marcello Gandini, who worked at famed Italian car stylist Gruppo Bertone. Gandini was also responsible for the design of the Lamborghini Miura and Countach. 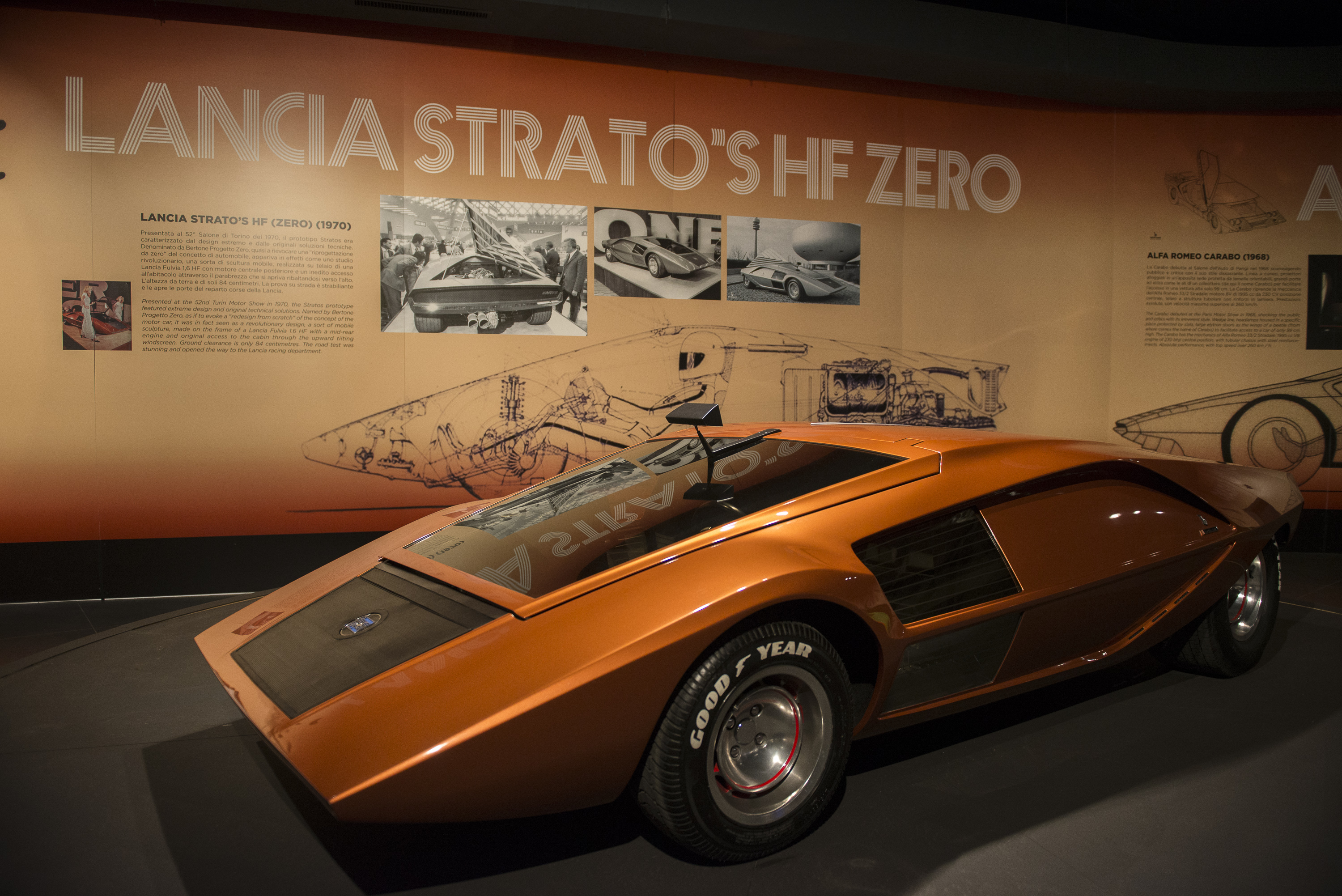 The concept marked the start of a relationship between Lancia and Bertone, resulting in the Lancia Stratos HF rally car, which won the World Rally Championship in 1974, 1975 and 1976.

Unveiled at the 1970 Turin Motor show, the concept turned heads with its astonishingly low ride height – 33 inches — and its lack of conventional doors, with access gained via the windscreen.

Sold by auction house Sotheby’s in 2011 for an astounding €761,000, the Lancia is now owned by American billionaire Phillip Sarofim. It is currently on display at the Petersen Automotive Museum in Los Angeles.

Kardashian West’s photoshoot isn’t the first time the Stratos HF Zero has been associated with celebrity — it appeared in the 1988 film Moonwalker, starring Michael Jackson, in which he inexplicably morphs into the car.

@KimKardashian wears the Everyday Plunge Bralette and High Waisted Thong in Honey — part of the exclusive NAKED collection launching February 24 at 9AM PST / 12PM EST only at SKIMS.COM. Available in four colors in 31 band and cup sizes and in sizes XXS – 4X. Join the waitlist now at SKIMS.COM to receive early access to shop. Photo: @jackie_nickerson

The car used in the photoshoot is a fully functioning prototype, equipped with a mid-mounted 115-bhp, V4 Fulvia engine. It has undergone restorative work in the 50 years since it’s unveiling, but remains largely the same as designed. In an interview with the Wall Street Journal, Sarofim revealed that he has driven it in multiple locations around the world.

Parts of the photoshoot comprise of Kardashian West posing, leaning on the rear of the car. Other photos show her at the front of the car, with the windshield door open.

The photoshoot is a campaign for Kardashian West’s recently launched shape wear brand Skims, which was renamed after the company’s original name, Kimono, was deemed by many to be culturally appropriative.

The Skims Naked collection launches today. The brand calls the line “A luxe collection of barely-there intimates”. With a wedge on the side, perhaps.

Are supercars getting better? Lamborghini Huracán vs Countach