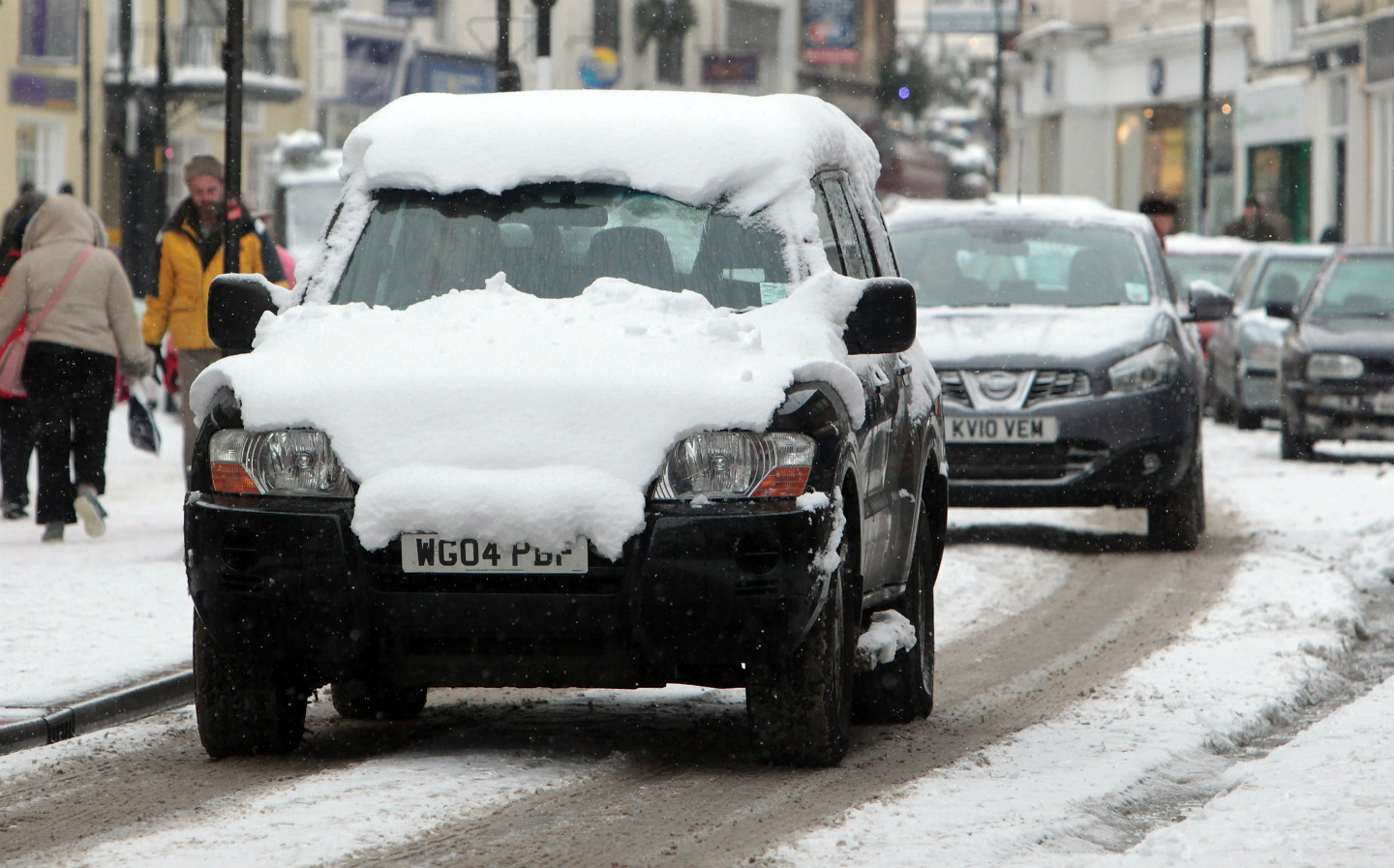 DRIVERS WHO fail to clean their car’s number plates could be hit with a £1000 fine.

Most motorists know that it’s an offence to leave windows and lights covered in snow or ice, and that they should remove snow from their bonnet and roof – but few think to wipe the white stuff off their vehicle’s number plates.

The RAC warns drivers: “Even if you’re only making a two-minute journey, by not thoroughly cleaning your car of snow, ice or condensation… you’re breaking the law and leaving yourself liable to a run-in with the police.”

The law says that drivers could be fined up to £1000 for incorrectly displayed number plates. This applies to both the front and rear registration plates.

According to the AA Motoring Trust, the automatic number plate recognition system (ANPR) used by the police is unable to read plates that are dirty or have the incorrect spacing. ANPR is used to check whether a car is taxed and insured, or stolen. For this reason, police are more likely to stop motorists who fail to keep their number plates clean.

At the same time, a car with number plates obscured by snow can’t be identified by members of the public, in the event of an accident – a problem if a driver chooses to flee the scene of the accident.

However, according to legal experts, Motor Defence Solicitors, drivers who are pulled over for having snow-covered number plates may be able to argue in their defence that it was reasonably for the plate to be obscured, such as when driving during heavy snowfall.