NO TIME TO DIE, the 25th film in the James Bond franchise, and the final one starring Daniel Craig as 007, has arrived after long delays due to the coronavirus pandemic.

Here we profile the cars from Aston Martin, Land Rover, Maserati and Toyota that appear in the spotlight. 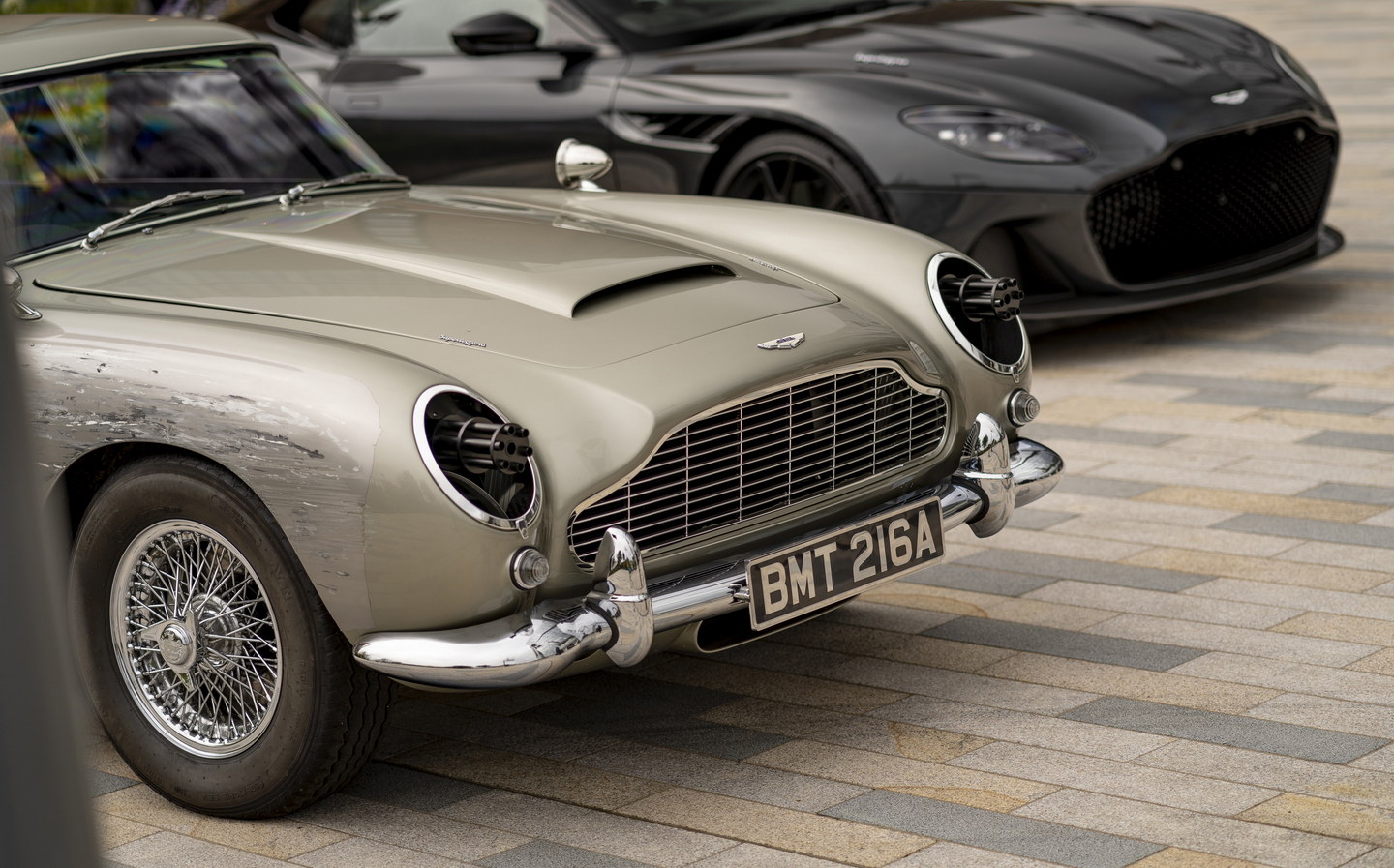 It’s arguably the most famous film car of all time, and Bond’s silver Aston Martin DB5 is back in a leading role in No Time To Die.

While the legendary Aston met a bullet-ridden end in Skyfall (2012), Bond was reunited with the restored machine at the end of Spectre (2015).

This time around the DB5 is in the thick of the action, with Bond being chased around the ancient town of Matera in southern Italy by bad guys in Jaguar XFs (see below). The bulletproof glass and body panels come in very handy, as do the front gatling guns and smoke screen.

Since it’s such a valuable car, the production team used replica DB5s for the film, featuring DB5 bodywork draped over a bespoke chassis with a full roll cage and harnesses for safety. 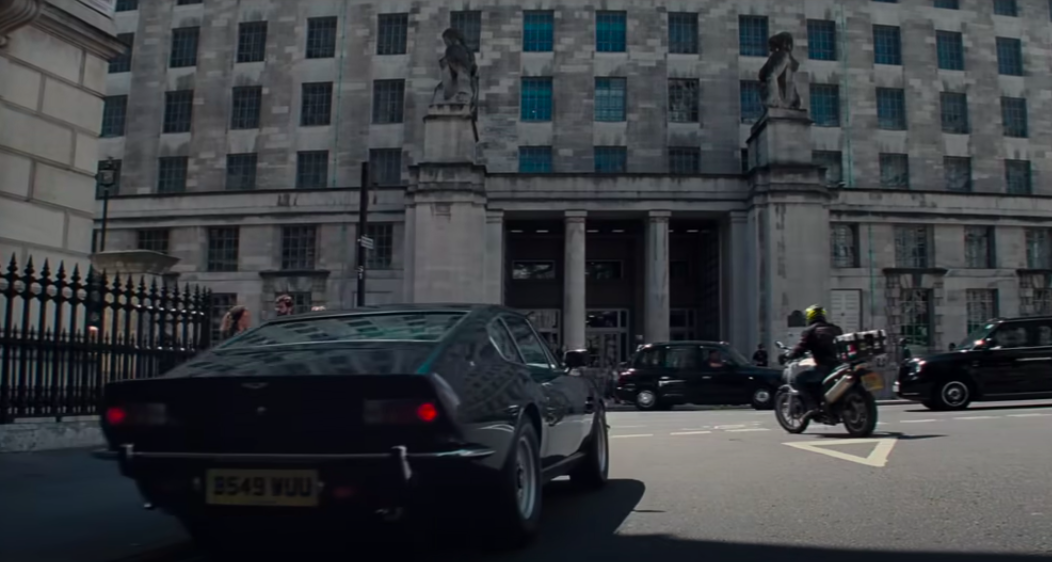 Another Aston returnee to the James Bond franchise is a mid-1980s V8 Vantage, previously seen in The Living Daylights (1987), when Bond was played by Timothy Dalton.

Bond drives the car in London, and Norway, and it has a starring (and stirring) role at the very end of No Time to Die. 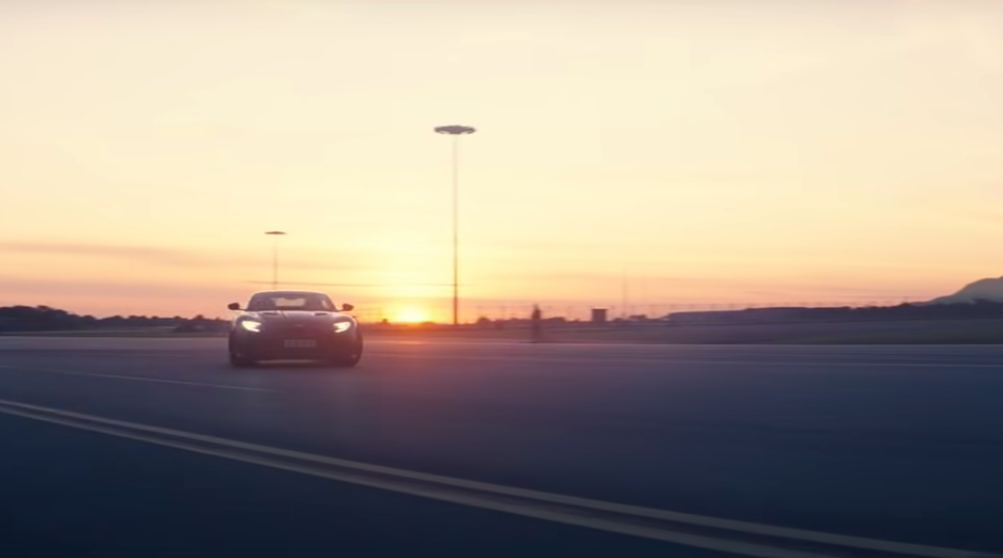 A newcomer to the franchise is Aston’s latest flagship, the DBS Superleggera. Bond is retired from MI6 at the start of No Time to Die, so this Q-branch special is the car of ‘new’ 007 Nomi (played by Lashana Lynch). Though JB does get to travel in it. 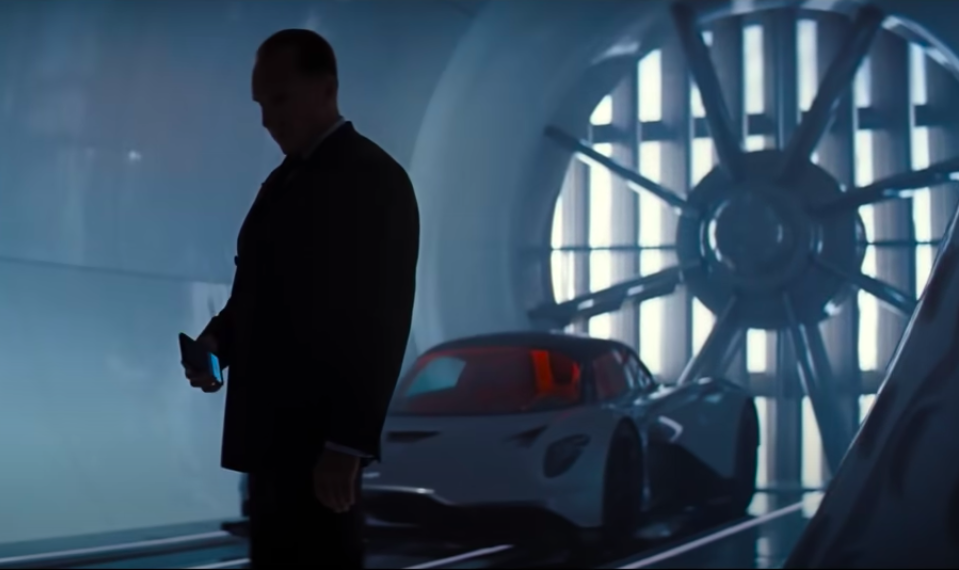 Aston Martin’s new mid-engined hypercar doesn’t have a large role to play in No Time to Die, other than as set dressing. The 950hp AMG V8-powered two-seater’ appears in the background of a wind tunnel within Q’s workshop, with M standing in front of it. 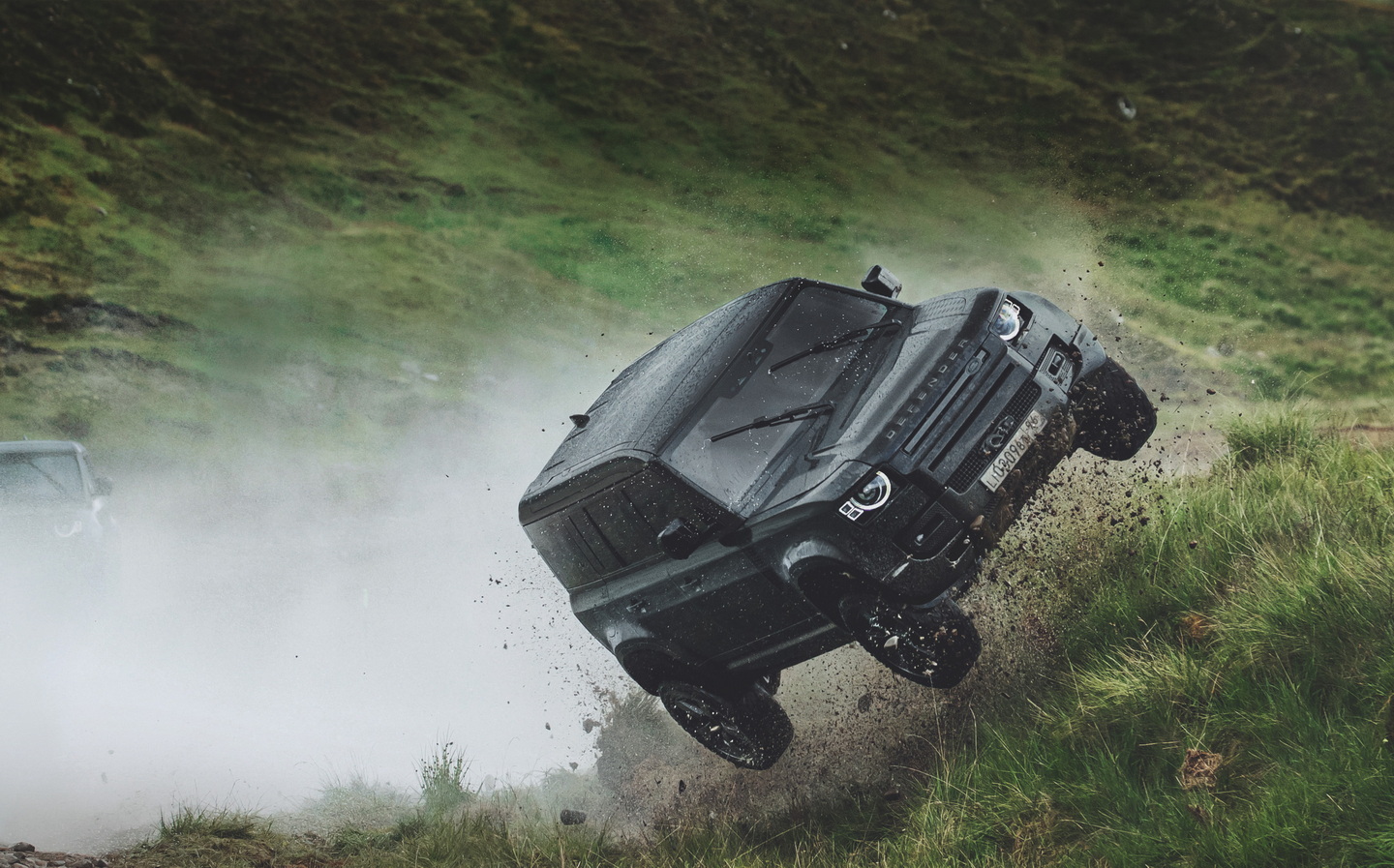 The new Land Rover Defender has been a key part of the promotion of No Time To Die, so much so that a special edition model has been released to tie in with the film.

The Defender V8 Bond Edition gets an all-black makeover outside, aside from bright blue brake calipers, special 007 badging and 22in black alloy wheels. It’s limited to 300 examples and comes in both 90 and 110 long wheelbase guises. 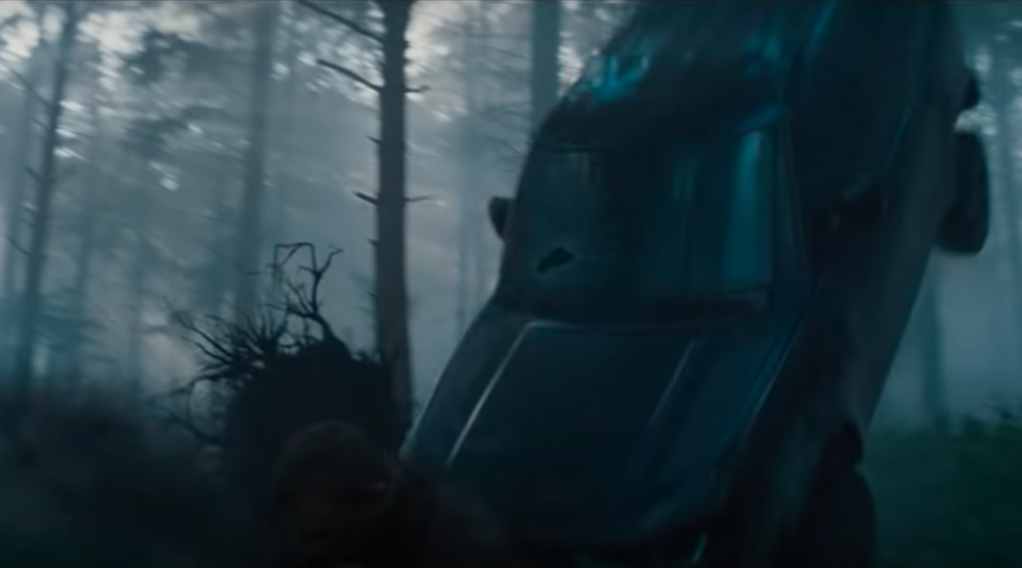 Multiple Defenders, driven by the bad guys, give chase to Bond and mostly end up mangled on their roofs,  including one highlight where a car flips over Bond after hitting a fallen tree. Spectacular stunts but the poor Defenders don’t fare well against the wily secret agent. 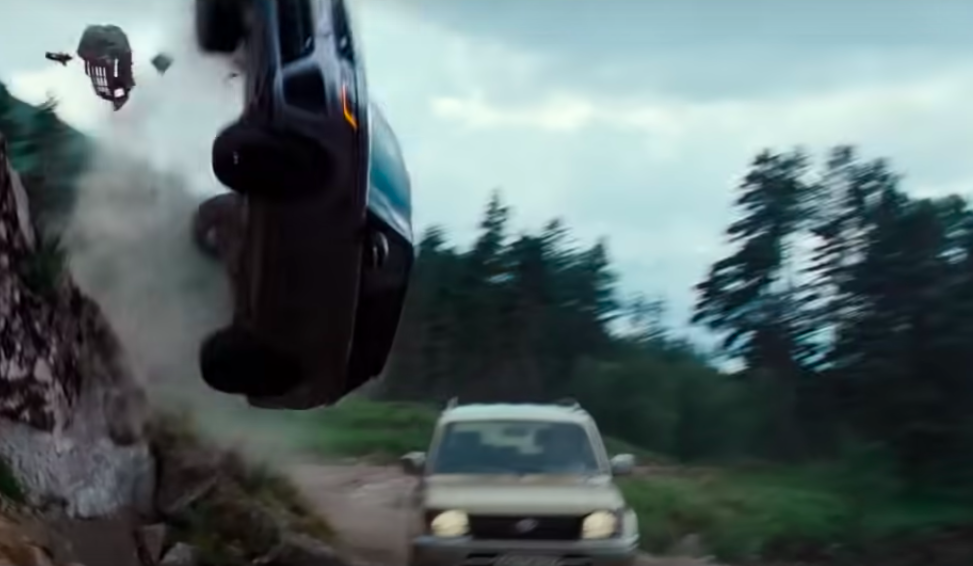 As with the Defenders, the supercharged Range Rover Sport SVR is one of the star cars of No Time To Die, but they also come to sticky ends all-too-quickly. Two SVRs give chase to Bond, who’s driving an old Toyota Land Cruiser (see below), along dirt roads, and both the high-tech Rangies are launched into the scenery. 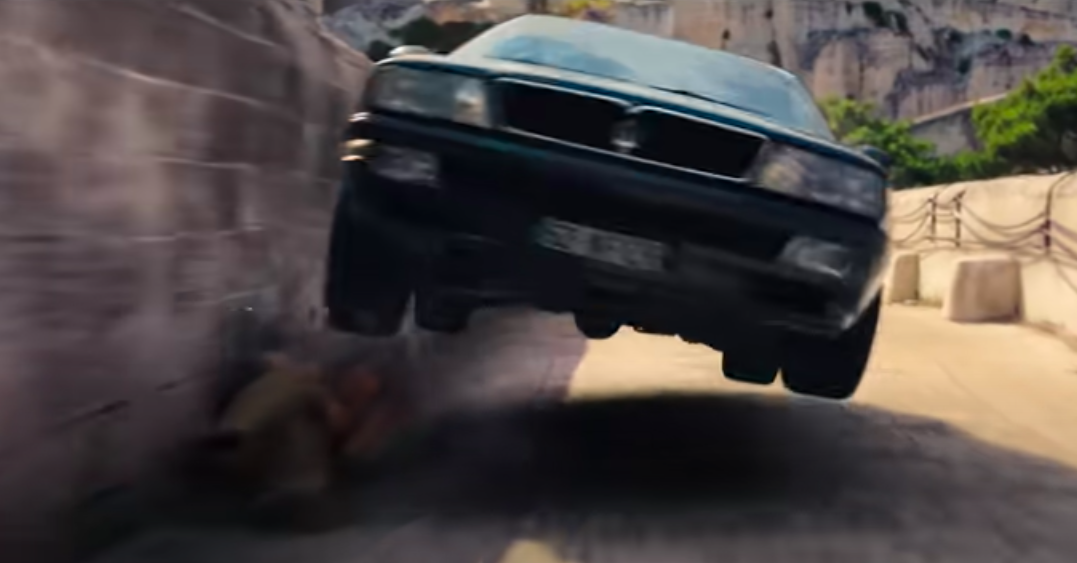 The bad guys in recent Bond films are often kitted out with Italian wheels, if not Jaguars. Back in Casino Royale (2006), Daniel Craig’s first chase scene featured him in a DBS being chased by Alfa Romeo 159s. This time around, we’ve seen them driving fourth-generation Maserati Quattroportes in pursuit of the famous DB5 on Italian city streets. 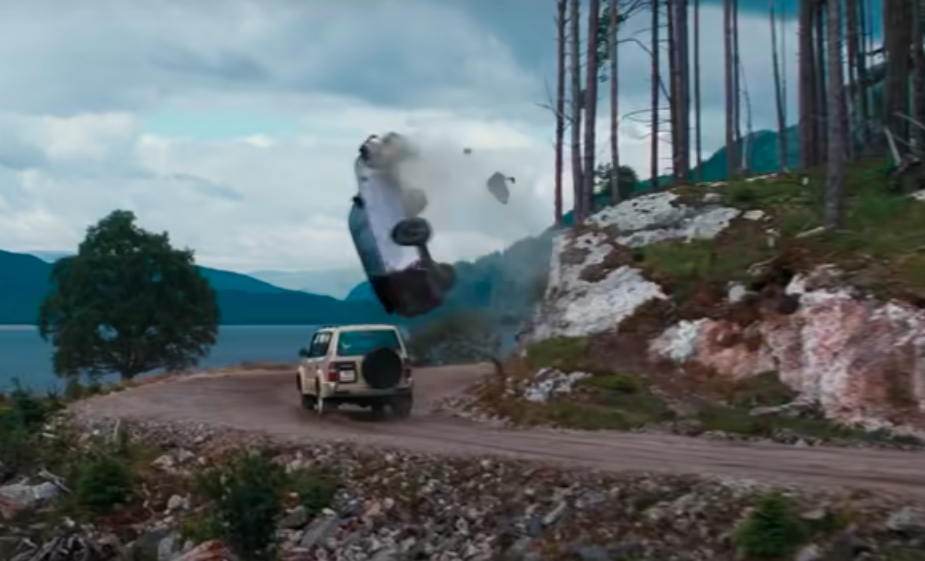 As mentioned above, the Range Rover Sport SVRs mentioned above are hot on the heels of Bond, driving a second-generation Land Cruiser Prado, and both somehow comes off worse. Bond’s MI6 driver training definitely seems come in handy here, considering the SVRs are almost 25 years newer, with modern stability control, air suspension and four times the power of the humble Toyota 4×4.

Part of No Time to Die’s deal with Jaguar Land Rover sees a number of Jaguar XFs deployed by the baddies in the Matera chase sequence, pursuing Bond in his Aston Martin DB5. They do manage to corner him, but following Q’s advice from The World is Not Enough, Bond has an escape plan (with liberal use of armour plating and gadgets).

Fun fact: Matera’s cobbled streets were covered with a fine layer of dust when the film crew arrived, making the surface too slippery for the stunt drivers. The stunt coordinator’s solution was to pour tens of thousands of pounds of Coca-Cola over the routes used, to improve traction. 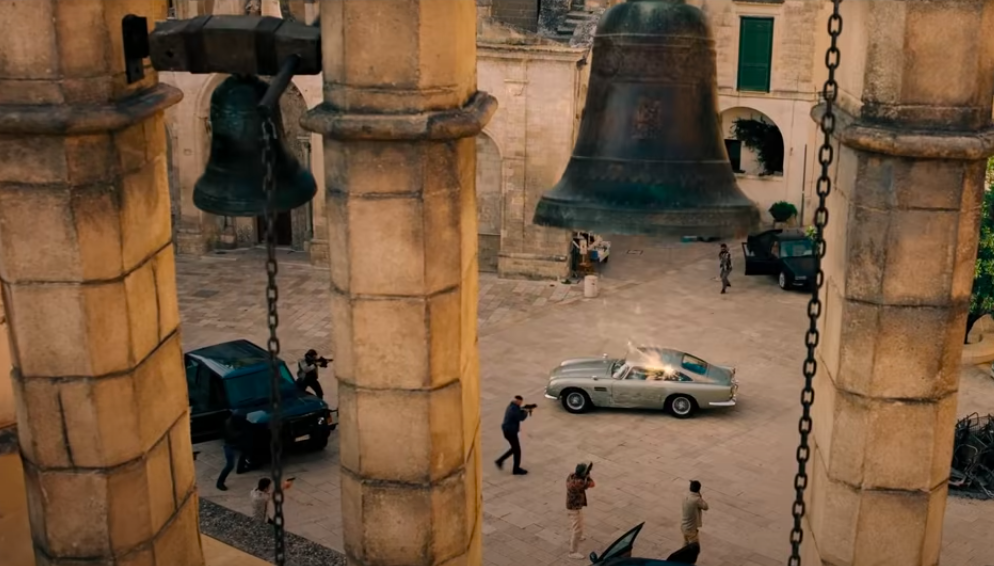 The villains of No Time to Die love their Land Rovers so much that they have a classic model, post-80s facelift, with jacked-up suspension and heavy-duty bull bars fitted to it in order to skewer Bond’s DB5. It almost works, too, but that DB5 is one tough car.

A section of No Time to Die involves a trip to Cuba, and a run-in with the law. The island may be opening up to western vehicles these days but it still loves Soviet-era cars, and the ones that the police rock up in No Time to Die are classic Lada Riva marked patrol cars. Sadly they aren’t involved in a chase but it is great fun to see them on screen, and definitely add to the Cuban vibe.