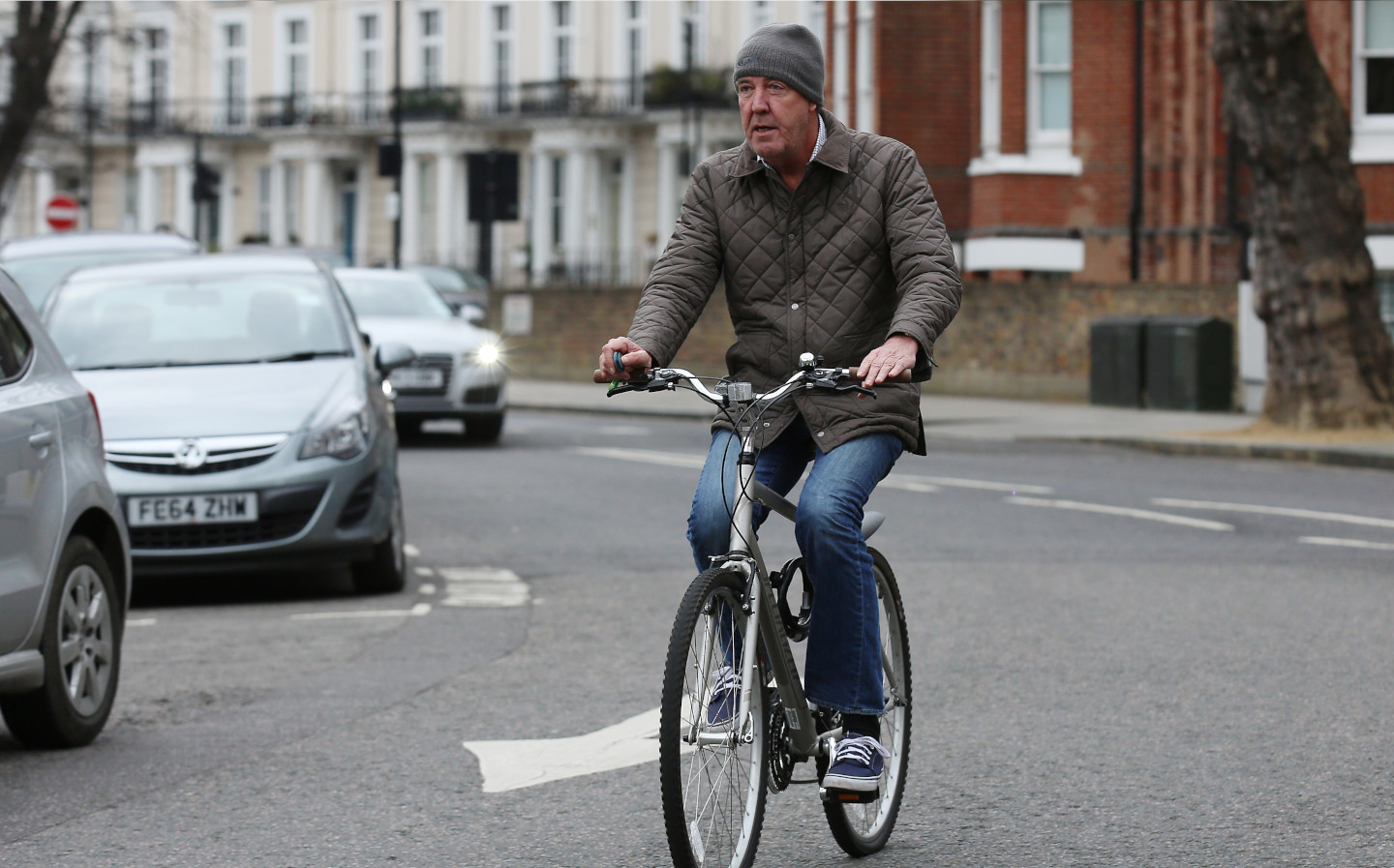 JEREMY Clarkson has a smart way for “young avocado enthusiasts” to keep fit while the gyms are closed – renting axes to them so they can go off into his woods to chop logs.

The motoring writer and TV presenter, 60, writes in the Sunday Times Magazine today that his louche way of living in the first lockdown, last year, involved a lot of rose wine and mojitos, consumed in the dying ebbs of sun on his farm in Oxfordshire, which led to him piling on the pounds.

“They were wonderful days. Quiet days. Happy days,” Clarkson wrote in his column. “However, they did take their toll. When we were allowed back into the world, I looked like Ayers Rock on a unicycle.”

He is not alone in turning to the bottle during lockdown — figures quoted by Clarkson show that wine sales increased by 27% and beer sales went up 49% in January 2021, while and tequila and rum demand rocketed by 56% and 64% respectively.

Separate data from YouGov found that a third of people who had attempted so-called “dry January” had given up on the challenge after the first week.

However, Clarkson said that he wanted to emerge from the third lockdown a “new man”, and therefore decided to replace the space that alcohol took up in his life with exercise. And being a farmer, Clarkson has a gym in his back garden.

“If you go to a gym, you pick things up and you put them down and you look at yourself in the mirror and then you go home,” he said.

So it follows that he could be charging people to do farm work for him — after all, people pay an average of £40 per month for a gym membership, and it would help with the financial difficulties faced by farmers (an issue that Clarkson has addressed in previous columns).

For a hundred quid, he says, he’ll help “Arabella or Camilla” achieve taut abs by setting them to work.

In order to maximise his own healthy body results, the Grand Tour and Who Wants to be a Millionaire? host has reverted to a more analogue method of doing farmwork: instead of using machinery attached to the back of his Lamborghini tractor to do hedge trimming, has been doing it manually with shears.

He took the same tactic with installing a fence post. “I’ve seen some fairly brutal-looking workout equipment in gyms, but nothing gets close to this,” he said. Upon completing the task, he writes that his arms felt like they had been filled with “zombie spice”.

However, this left him feeling so righteous that when he had completed the uphill trek up to his farmhouse, he didn’t feel like drinking wine, or beer, or a mojito.

The whole experience left Clarkson with a new outlook on his farm, just a week after he admitted to feeling as if he wasn’t cut out to be a farmer.

“I’ve always seen my farm as many things,” he writes. “A place of great beauty, a fun business and, if I’m honest, a good way of passing on wealth to my children without the taxman getting involved. I never really saw it as a wellness spa, though. But that’s what it has become.”

You can read Jeremy Clarkson’s full farming column at The Sunday Times website.>