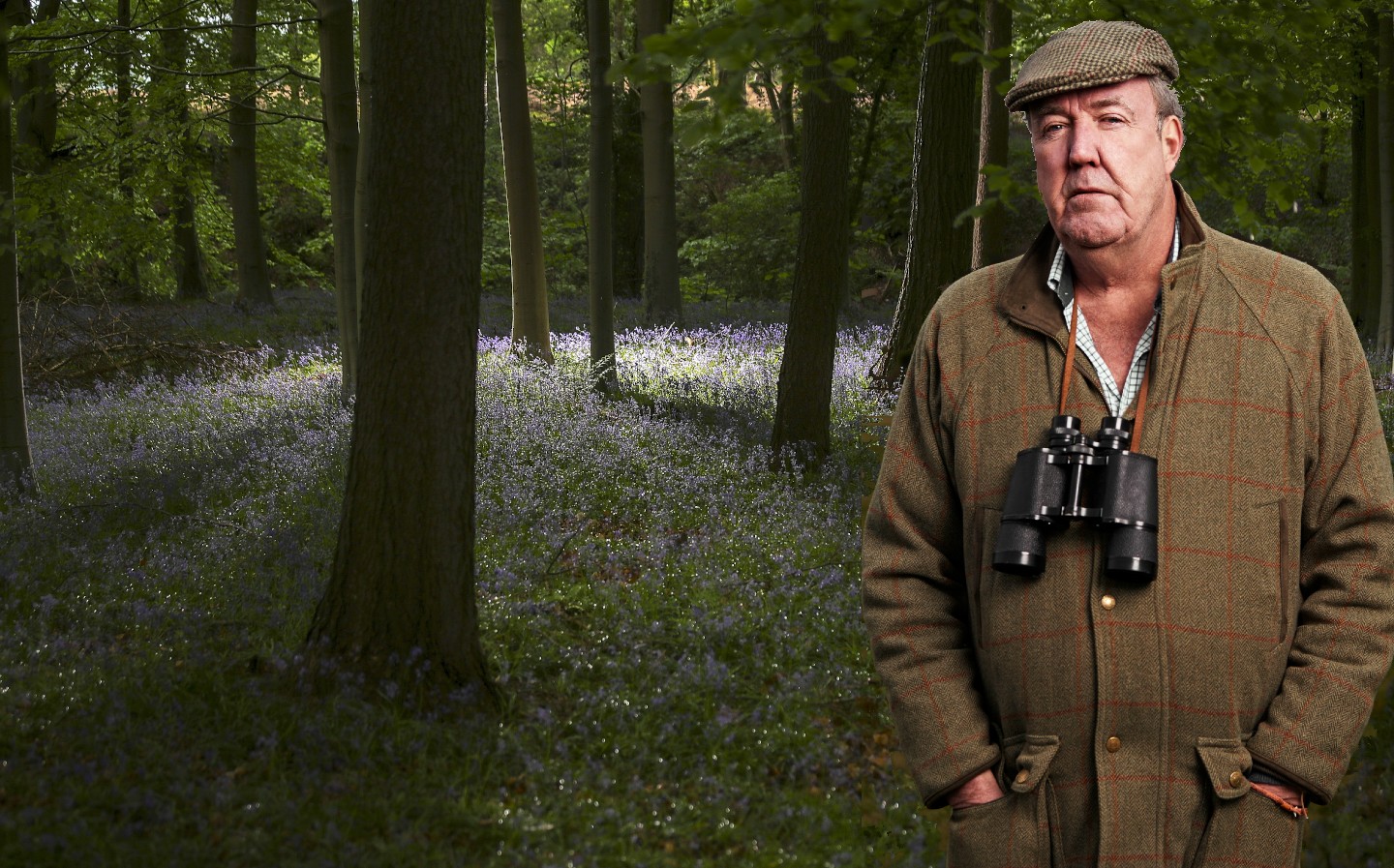 IF WE’VE learnt anything from the chronicles of Jeremy Clarkson’s life as a farmer, it’s that farming sounds… difficult. There’s irrigation, looking after the vegetables (that’s caused him untold grief), taking care of his perimeter and dealing with the politics, to mention a few things.

There’s also woodland management. A few weeks ago he lamented about his experience of using a chainsaw to take down a tree, an attempt that led him to simply call someone else to come and do it for him with a big machine. In this week’s update from Diddly Squat Farm, published in today’s Sunday Times Magazine, he explains why chopping down trees actually helps woodland, but also mentions that he’s planting new ones. And that they’re all dying.

The trouble is that he knows absolutely nothing about trees, and seems to suffer from a biological incapability to learn about them. “I’ve had to try to learn something about how they work. This is tricky, because when I go into the gloom with a man who has no fingers — everyone in forestry has no fingers — he only ever gets to ‘You see the thing about an oak is…’ and the filter kicks in so after that I hear nothing at all. I had the same problem at school in chemistry lessons. ‘Your lips move but I can’t hear what you’re saying.’”

This, no doubt, is how many people feel when car enthusiasts such as Clarkson (and us at Driving.co.uk, to be fair) start talking to them about V8 engines or negative camber.

Therefore, to get around having to gain the knowledge he’d need to grow some trees from seeds or saplings, he decided to buy some trees that were already 25ft high — like adopting a child that is old enough to know not to stick its fingers in the electrical sockets or pull the tail of a large dog.

“Each one cost more than most hatchbacks,” Clarkson says. “They arrived on a fleet of articulated lorries, with their roots encased in sacks, and were lowered into holes that had been made by a 21-ton digger. This was wilding, with extra diesel. And now it is my job to look after them.”

And looking after them is more effort than you’d think. Clarkson has to give every tree 50 litres of water each per day and protect them from diseases and the tyranny of animals such deer and squirrels. So far it’s not going brilliantly, as “From what I can tell, the trees are dying.”

Still, chopping down some trees does help others survive, he has learnt. It’s call thinning, and every expert that has ever set foot in his 100 acres of woodland has told him to do it. But he faced a bitter backlash after showing his social media followers what he was up to:

“When I posted a picture on Instagram of the gigantic John Deere machine that I’d used, every single teenage girl who follows me — all four of them — came back with a stream of venom and anguish. I was worse than McDonald’s. I was ruining their future and choking their grandparents. I was doing deforestation, and that’s worse than racism.”

But, he says, “By killing a bunch of trees I’ve brought the wood back to life.”

Jeremy Clarkson found Victorian pipes on his land through dowsing

Oh, dear: Jeremy Clarkson has been playing with a chainsaw