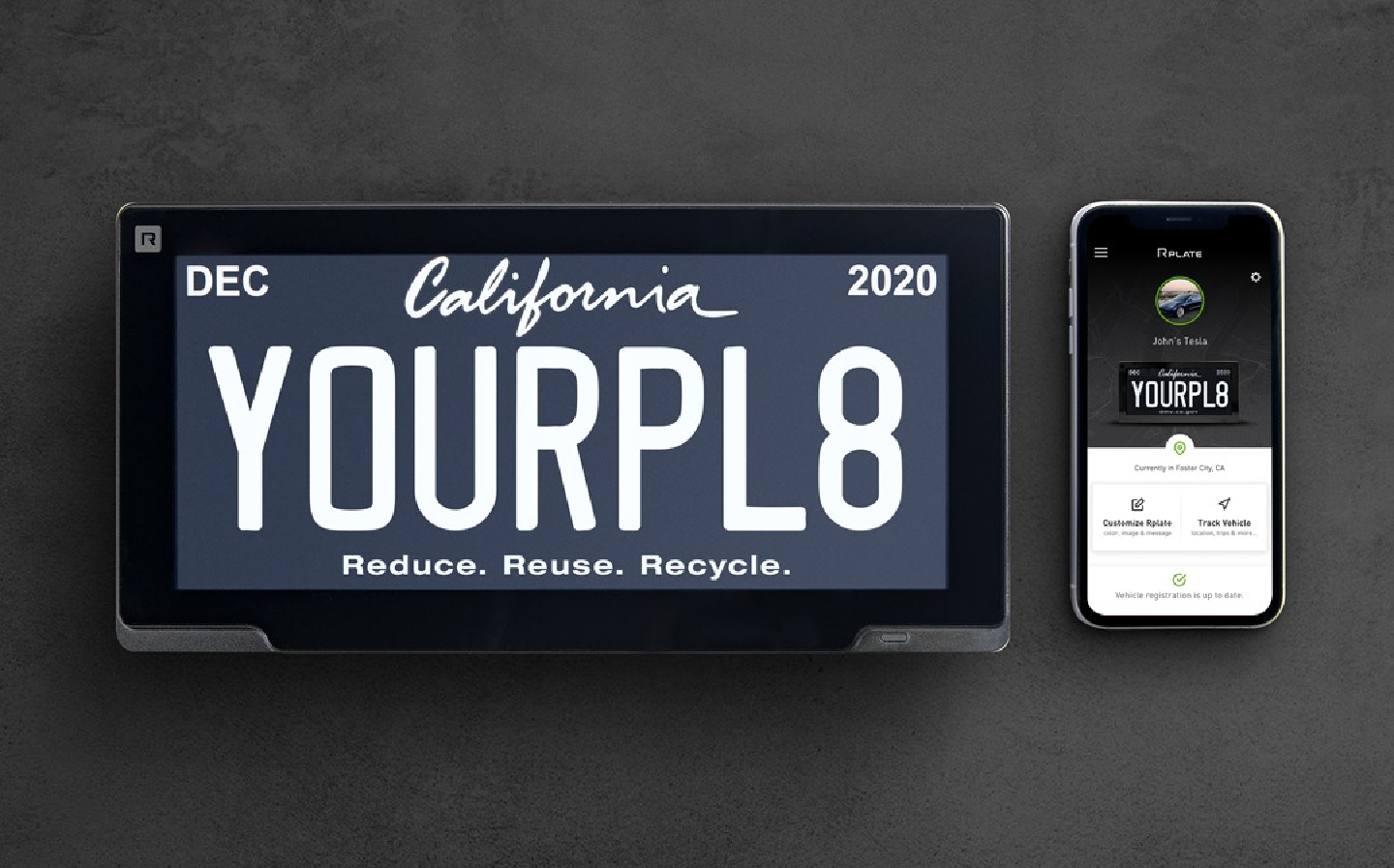 The Driver and Vehicle Licencing Agency says there are no plans to permit digital number plates for cars in the UK after Michigan became the third state in the USA, following California and Arizona, to allow drivers the option of ordering one.

The plates, which replace the traditional piece of stamped metal with an HD screen, are legal for use in all 50 states, as well as Canada and Mexico, though are so far only approved for sale in three states.

Manfacturer Reviver claims to have 10 more states, including Florida and Colorado, lined up to begin offering drivers a digital number plate option in the near future.

For US drivers, digital plates have a number of advantages over the old-fashioned kind. Consumers can choose between battery-operated or hard-wired versions, the latter of which come with GPS capability, allowing owners to track their vehicle in the event of it being stolen and to remotely monitor the car via a smartphone app.

Both versions of the plate allow for a small measure of customisation such as personalised messages across the bottom and the choice to switch between light and dark mode, i.e., black lettering on a white background or vice versa.

Because the plates come with a 5G mobile connection, both kinds can also be used to display warning messages — such as in the event of an Amber Alert, a public emergency message issued in the US in response to reports of a missing child. They can also be updated over-the-air.

The key advantage of digital plates for Americans, however, is the ability to renew them online, potentially avoiding lengthy queues at a Department of Motor Vehicles (DMV) office. In the United States, number plates are registered to the owner rather than following the vehicle, as is the case in the UK.

Plates must be renewed every year, though most states give drivers the option of renewing their plates online or through the post.

The cost of renewal varies depending on the value of the vehicle and is paid in lieu of what UK drivers would recognise as annual road tax.

Once the annual renewal date of the plate (which varies depending on the date of registration) passes, the new digital plates will display a message reading “invalid” until the owner renews their plate.

Another advantage is that if the owner transfers residence from one state to another or if the car is sold to another person, the screen can simply be updated digitally rather than having to replace the entire plate as is the case currently.

Reviver says that in addition to its current range of services including GPS tracking, it is also seeking to expand its offering by integrating the plates with parking meters, toll roads and other DMV services.

All of this prompts the question as to whether digital number plates could, in the future, be seen on UK roads.

With UK number plate rules not substantially different to those found in other European countries, the technical aspects of making digital number plates conform to UK regulations would likely not be insurmountable.

However, permitting their use in the UK would require not just technical changes to the plates themselves but also rule changes to make them conform to legislation.

Driving.co.uk asked the DVLA if it was aware of digital number plates and if it was making any preparations for their potential arrival in the UK. We received a single-sentence response:

“There are no current plans to permit the display of digital number plates.”

Quite another question, however, is just what UK drivers would be paying for if digital number plates were available here. Because (apart from in the case of private plates) number plates in the UK follow the car rather than driver and our road tax system is different and more straightforward, any advantage that digital plates and their hefty subscription fees could have is lost, with a simple old-fashioned piece of reflective plastic arguably doing the job just as well.

For those concerned about the security of their car, GPS trackers are also inexpensive and readily available and while many come with small subscription fees themselves, not only are the devices easier to hide than digital number plates, they’re also harder to remove and thus more effective as an anti-theft or vehicle recovery measure.

Reviver has been offering dealers in the United States a substantial commission for each digital plate sold, though UK car buyers may need a lot more convincing if digital number plates are to make any headway on this side of the Atlantic.